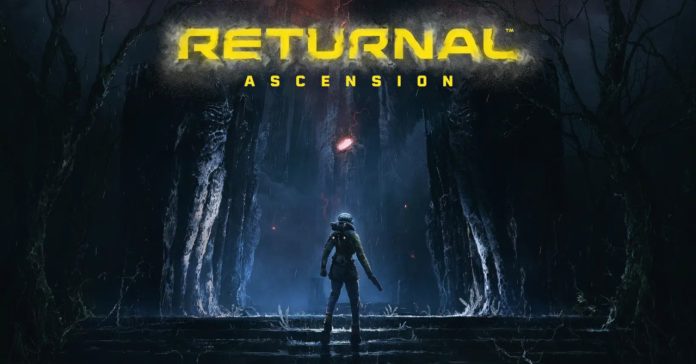 At the recent State of Play stream, PlayStation announced Returnal: Ascension, a free update that adds co-op and a new game mode. This major update will release later this month, and will be available for free to all owners of Returnal.

One of the biggest additions in the Ascension update is two-player online co-op. How it works is that players can host or join a public cycle where they will be matched with a random player, or instead make a private cycle to play with a friend. In co-op, players will be tethered back together if they get too far apart.  Each player can also revive the other if they die, though it will take some time, meaning it’s going to be tough to revive your ally in the middle of a fight.

A thing to note about co-op is that game progression is tied to the host. Though the other player will keep logs and xenoglyphs that were acquired in the co-op playthrough.

The other big addition in Ascension is the Tower of Sisyphus mode. Essentially, this is an endless mode where a player’s goal is to ascend the tower as high as they can, though each level they clear will mean tougher enemies to face.

While the focus of this game mode is to get as high a score as they can (there’s even a leaderboard), the Tower of Sisyphus mode also features new narrative content. Specifically, the game mode will give players more insight onto Selene’s past.

Returnal: Ascension will release for free sometime this month.