The Batman Movie Review | The New Face of Vengeance

A refreshing take on a classic superhero. 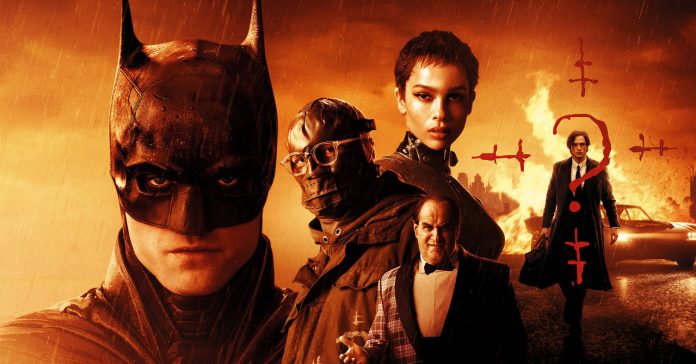 Through the years, we’ve seen quite a few faces behind The Batman. From Adam West pulling shenanigans with Shark Repellant, to “Batfleck” straight-up murdering people in a warehouse, we’ve had our fair share of memories and drawn our own comparisons–pitting the Batmen of old against each other in a Bat-themed Battle Royale.

Amidst the chaos and verbal jousting, an unlikely heartthrob from yesteryear dared to don the Bat mantle. Tempered by years of shaking away a rather sparkly reputation by building solid career in cinema, we finally get a glimpse of our newest Gotham Knight. Enter Reboot Pattinson.

Can this quasi-origin story by Matt Reeves hold its own in a sea of remakes and retellings? Will this be the catalyst to the DCU’s reinvigoration after a string of hits and misses? Has Batman seen the twilight of his relevance, or will Gotham see its longest night thus far? Let’s talk about it.

Batman on a Learning Curve

I’ve chosen to approach this reboot as I would any good old-fashioned origin story. What we get is basically a younger, less-experienced Batman who’s determined to do good, but still struggling to finding his stride. He’s a young man in his twenties with all the tech and resources he needs at his disposal. But along with all this, he still has the usual growing pains.

He’s The Batman, but only by name. He’s neither The World’s Greatest Detective, nor The Dark Knight–at least not yet. For this, I believe Robert Pattinson’s casting was spot-on. It actually helps if you still can’t shake off how you viewed Pattinson circa 2008. A younger, more emotional, and impulsive Bruce Wayne fits this particular story perfectly. It’s refreshing to see a Batman who occasionally stumbles and gets his ass handed to him, compared to the usual invincible hero whose superpower is “prep time.”

Also, you gotta appreciate how he doesn’t do the Christian Bale thing with his voice. He has his own thing going. You’ll know it when you hear it.

Individually, there are things to nitpick. I’d be remiss to claim that absolutely everyone gave an Oscar-worthy performance. Collectively, the cast meshed quite well together and contributed to some effective storytelling.

Zoë Kravitz receives the same “origin story” treatment as Batman, from my perspective. She’s yet to become the untouchable cat burglar we all know and love. Nonetheless, she does play a convincing, and mysterious Selina Kyle. I will admit, I had my doubts about Paul Dano being a main villain. Having only seen him in his earlier teen flicks and only Ruby Sparks as of late, I was curious. Thankfully, I was pleasantly surprised. He was able to shift seamlessly between menacingly unhinged and unnervingly…nerdy–just as The Riddler should be.

Andy Serkis as Alfred Pennyworth was an intriguing choice, but Serkis does as Serkis does by pulling off a solid, yet subtle performance. Jeffrey Wright as not-yet-commissioner James Gordon took a bit of getting used to. Once you get used to a stern, yet soft-spoken portrayal (both in animated and live action), Wright’s louder, more forceful performance feels like something new. Still, it’s a different take, and I appreciate it for what it is.

Colin Farrell and John Turturro as The Penguin and Carmine Falcone weren’t on-screen as much, but put in the work. Not gonna lie, I totally forgot that Colin Farrell was in the cast and found myself wondering who was playing a taller, more menacing “Oz” Cobblepot. It’s hard to see John Turturro as anyone other than Agent Seymour Simmons from BayFormers at this point, but his version of Falcone was impeccable. No nonsense, straight-up cold-blooded.

An absolute feast for your senses

The Batman is full of great moments in the form of spectacular set pieces, well-shot cinematography, and visual storytelling that keeps you hooked. From Gotham’s very gritty, visceral presentation to the neon lights from the underground nightclub, it’ll be easy to get distracted in-between scenes,. This isn’t necessarily a bad thing, though.

It’s clear that this Batman film drew much inspiration from the entire Batman franchise. You have the more grounded and edgy elements from Christopher Nolan’s Dark Knight trilogy, the bright colors and whimsy from Joel Schumacher’s run, and the beautiful, yet grim backdrops from Tim Burton’s imagination. Whether or not this was intentional is beyond me.

The slower, more dramatic moments and high-octane action scenes came and went in perfect transition. The pacing in this almost 3-hour film helped the story move along steadily without much of a hitch. If you enjoy creative shots, you’ll definitely find a lot to gawk at.

Lastly, I have to give it to the movie’s music and sound design. If everything sounded that good in an open space, I could only dream of how it would sound on studio headphones. The snaps, crackles, and pops with each punch and kick were just so satisfying. Not as satisfying as Nirvana’s Something In the Way kicking in at just the right moment, though.

The Batman is a solid first step into what appears to be a planned trilogy–which is par for the course for most films. That being said, it’s a very promising first step.

The film isn’t without its shortcomings; one of those shortcomings being the film’s length. While I did admit that the movie’s pacing didn’t suffer too much and the scenes’ transitions were done quite well, there were some parts that could have either been shortened or removed altogether. Perhaps this could be chalked up to creative decisions, but I feel that it could have been handled differently. That’s just a personal gripe, though.

Given my decided approach to the characters, it would be unfair to split hairs on their portrayal. That being said, one would expect more character development in any sequels to come. If this was the springboard, they need to stick the landing onto the next ledge.

Overall, The Batman is a refreshing new take on a classic hero, and gives us a closer look at a phase in Bruce Wayne’s life that hasn’t been given much exposure on the big screen. The cast delivered a great performance, and Matt Reeves at the directing helm proved to be the man for the job. This won’t be everyone’s cup of tea, but it’s still a solid film.

The Batman releases in Philippine cinemas on March 2, 2022.