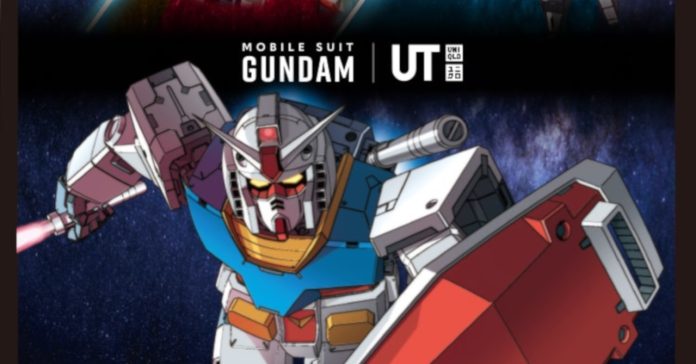 Uniqlo has unveiled a Mobile Suit Gundam UT graphic tee collection for 2022, and it features t-shirts with a range of Gundam-inspired designs.

Specifically, the collection features four t-shirts, at least based on the official website. Each t-shirt features a graphic from a certain Gundam series.

For starters, we have this white graphic tee which has a graphic of the ZGMF-X10A Freedom Gundam from Mobile Suit Gundam SEED at the back. At the front is a Freedom Gundam word logo.

Next is another white t-shirt, this time with a graphic of RX-0 Unicorn from Mobile Suit Gundam UC.

For fans who want a black tee, the next shirt is black and features a white graphic on the front and the back depicting the iconic RX-78-2 from the original Mobile Suit Gundam.

Rounding out the collection is a t-shirt with a graphic from Mobile Suit Gundam: Hathaway’s Flash.

This isn’t the first time that Uniqlo has teamed up with Gundam as the Japanese clothing giant released a Gundam-themed collection back in 2019. This was followed up by a UT Gunpla line back in 2020 which had a promo where exclusive Gunpla kits were given away with each purchase in select Uniqlo stores.

The Uniqlo x Gundam for 2022 will release in Japan in early May. Currently, there’s no word yet on when the collection will release in the Philippines and in other countries outside of Japan.

- Advertisement -
Previous article
The Legend of Zelda: Breath of the Wild sequel release pushed to 2023
Next article
The OPPO Reno7 Series 5G is now available in the Philippines