A remaster that's well worth replaying for Chrono fans! 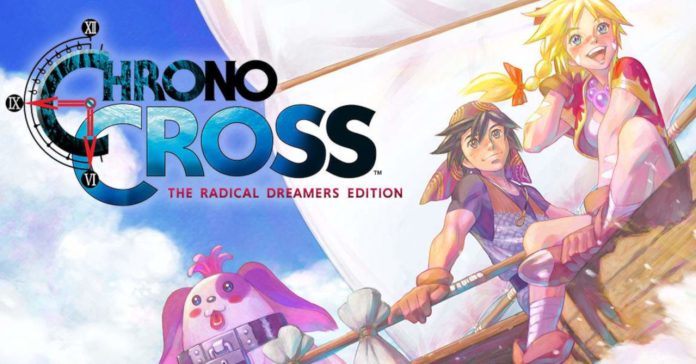 Time to get a whiff of that nostalgia powder as we dive into the deep waters of retro gaming with the remastered Chrono Cross: The Radical Dreamers Edition.

With updated visuals and audio, as well as some quality of life additions, does this 20th century gem of an epic still matter in today’s timeline where games such as Final Fantasy 7 have gotten a full remake treatment? 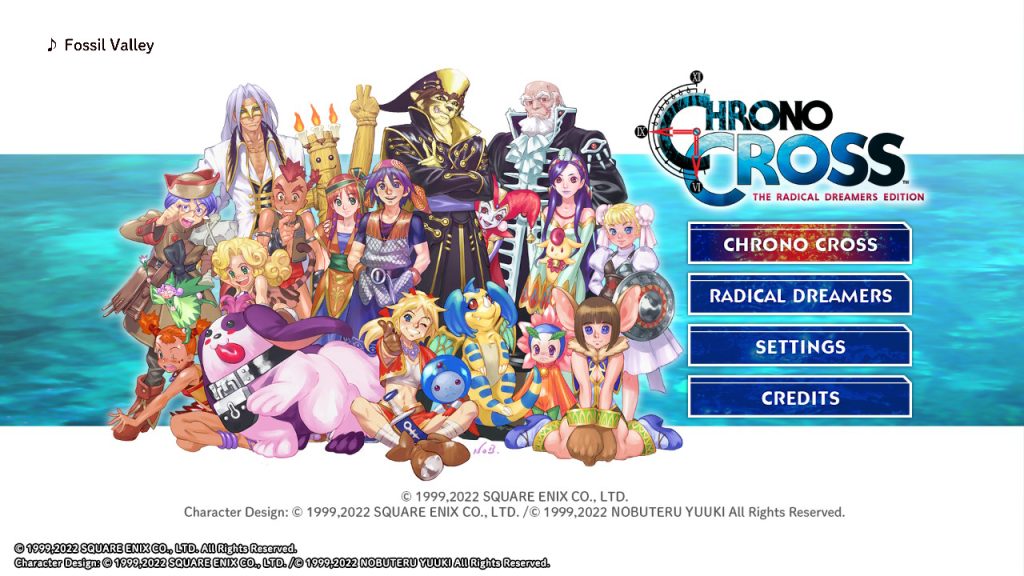 The Chrono Series is a Japanese Role-Playing Game franchise from the mind of Masato Kato that was first released during the 90’s. Its first title, Chrono Trigger, is a JRPG that delves into time travel shenanigans. There is a lot to say about this franchise, from its epic story to its amazing visuals (done by artists like Akira Toriyama) to its stellar soundtrack, but that’s Chrono Trigger and I would love to have Square do a remake of that. But today we’ll cross over to its spiritual successor, Chrono Cross, a game that hops around parallel worlds, writing its own epic tale of multiverse mayhem.

First off, let’s talk visuals. You can set the game using the classic look, giving you the original experience in all its pixelated glory, or you can use the new and improved graphic style featuring new art and the slightly better looking 3D character texture. I’m not gonna beat around the bush on this one; just go for the new style in the settings. Also with regards to the screen type, select “full”.

The soundtrack of the original is also one of the many great features of the game. In this version, the game features a remastered soundtrack, with clearer and crisp sound. 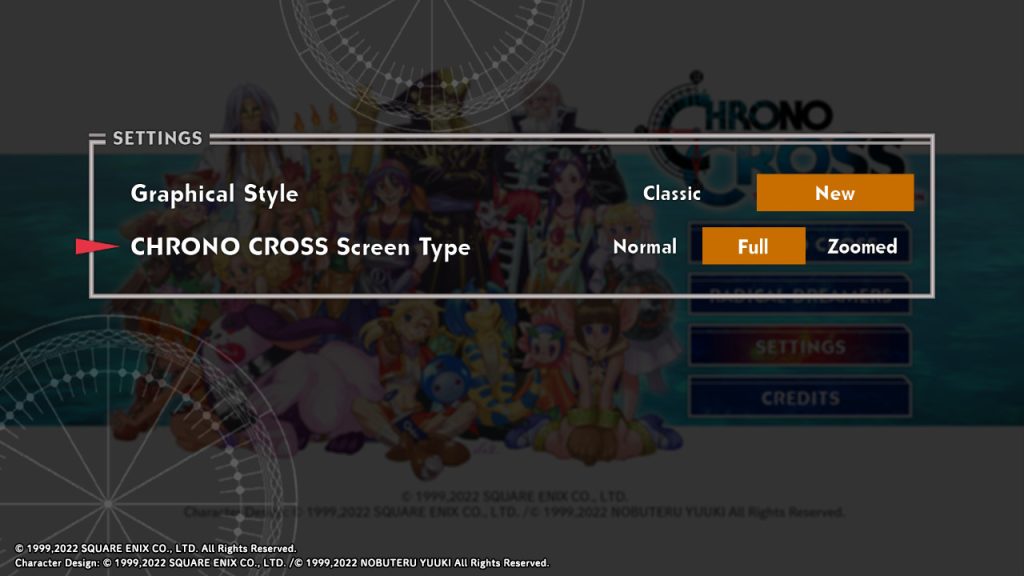 The remastered game also features some quality of life additions that will aid players during their adventure, which includes having slow motion and fast forward button that toggles the game speed, making your adventuring, combat, and dialogue faster or slower.

You also get the ability that prevents non mandatory enemies from engaging you so you can walk past roaming bad guys to avoid the unnecessary combat. There’s also a god mode where enemies can’t hit you and you are sure to win the encounter. Then there’s the auto battle function that you can enable if you are feeling a bit lazy when doing those mandatory fights, although you’re party will only do the regular attacks and not any of the elementals. This might take a while, but hey you do have speed up button!

For those unfamiliar with the original, combat is turn-based using Elements and Stamina. The Element system are your magic spells and/or special attacks. Elements are items that can be bought from shops, won as loot, or found in treasure chests. Your characters use these Elements by equipping them, much like in FF7 where Cloud and his gang uses materia. 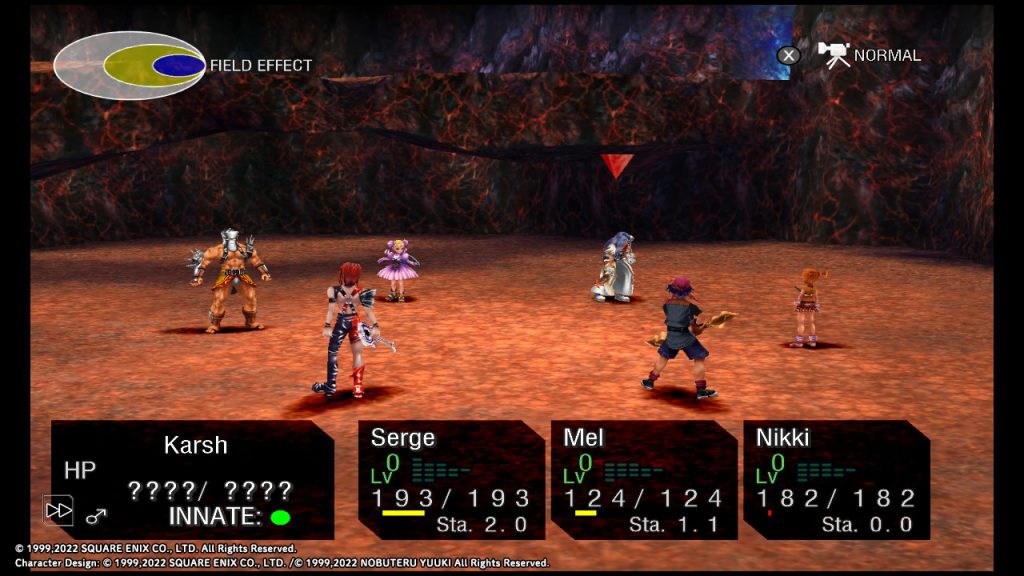 As the game progresses and your characters level up, their ability to equip Elements expands, allowing more Elements to be equipped and higher tiers to be accessed. Now, in combat, you can only use one element per battle, so if you want to use a certain element multiple times during an encounter, you would have to equip multiple copies or duplicates of that specific element. But don’t worry because after every battle, all the elements you used will be made available again on the next battle. There are various types of elements based on color and tier level. The higher the tier, the stronger the effect. However, your party members will also need higher tier slots to equip them. The different colors on the other hand makes each being weaker or stronger against a different type. 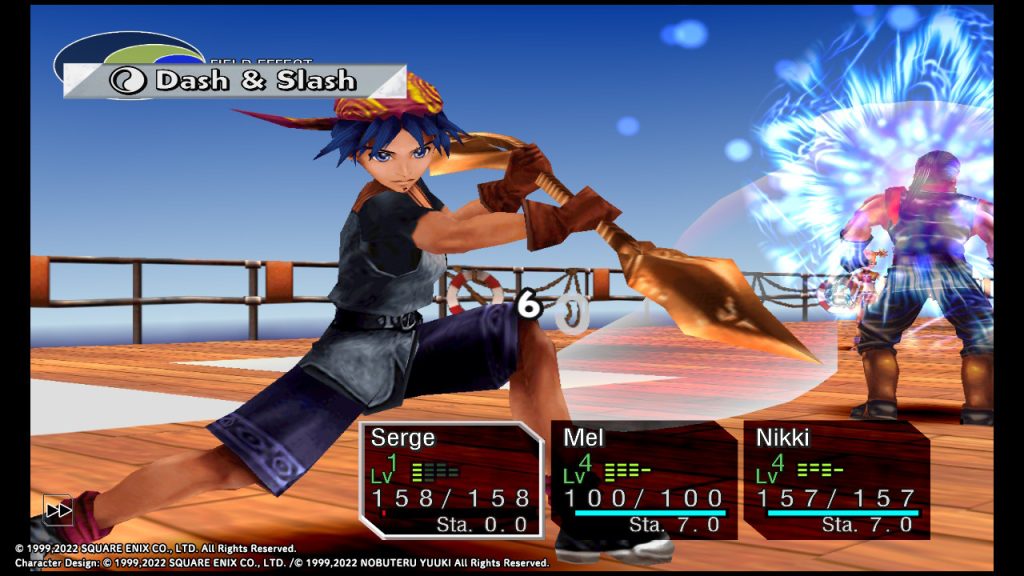 Equipping Elements is one thing, but using them well is another. Your party won’t be able to use elements right away. They will have to land successive attacks before they are able to use them. The more attacks you hit, the higher the level of elements you unlock that can be used. For this you will consume stamina.

To perform these attacks and use elements, you are going to need stamina, and the stronger the attack, the higher stamina is drained. But don’t worry because your stamina recovers in battle over time when defending or when other characters perform their actions.

There is also an environmental factor in combat known as the Field Effect. This Field Effect is based on the element’s color, and if your party manages to get a monopoly on it, it will grant you buffs and/or debuffs on your enemies as well as allow you to perform summons. This is done by manipulating the field’s three layers to have one color. Achieving this is done by successfully using elements of a specific color you want to dominate in that battle. Another good feature is that players will be able to escape from battle, even boss fights.

As for the adventuring part, players can travel between worlds, completing various missions. Hopping from one world to another is easy through the use of a unique item and a specific location in the world map.

There are also plenty of situations in the game that call for some “you can’t take that back” decision making (henceforth multiple saves guys). The choices you make affects how the story unfolds and can have a significant effect in the opposite world. 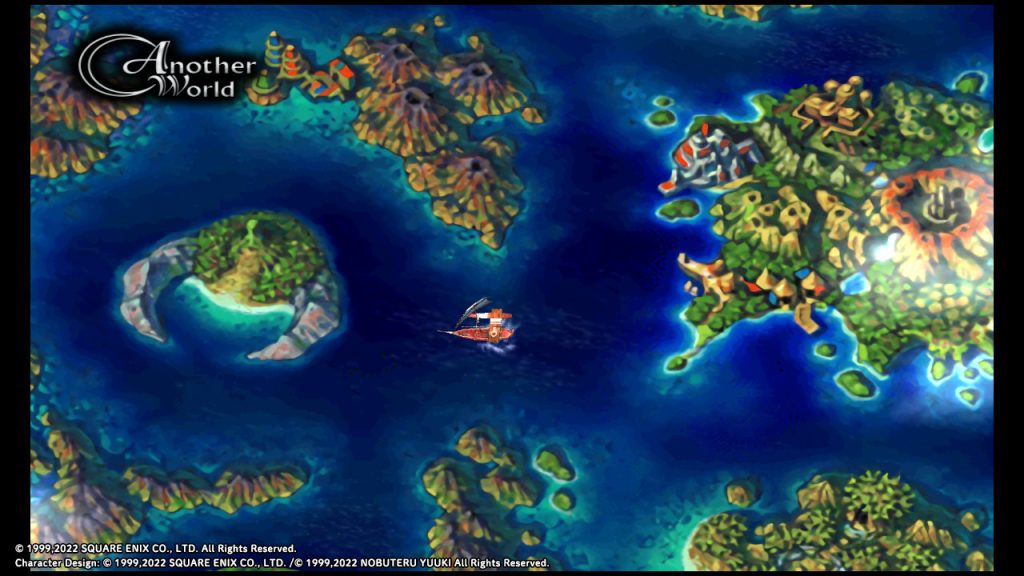 Going back and forth is crucial when it comes to progressing the game, and recruiting new members to be part of your troupe is key. Specifically, there are more than 40 characters you can recruit in the game. You will have to play multiple playtroughs to get them all, adding to the game’s replayability. There is a fair amount of exploring to be done in the game on top of this. 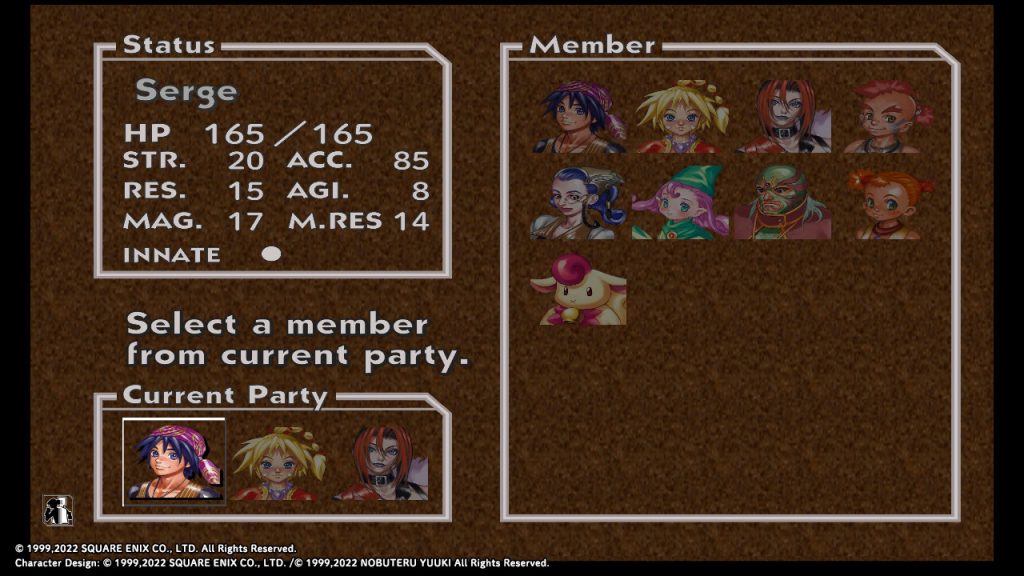 Story-wise it is an epic. A complex plot packed ,with lots of content as you’ve got alternate worlds, multiple versions of the same characters and places with different backgrounds and developments. Plus, there’s an apocalyptic event the good guys are trying to stop, plans within plans, and some surprise twist and turns. You’ve got action, adventure, mystery, bit of humor here and there, and destiny.

The tale revolves around the protagonist named Serge who gets transported to an alternate world where he died as a child. In his quest to figure out what’s going on, he discovers the truth about the parallel worlds and meets a bunch of characters from both realities that travel with him, each with their own story to tell.

Yes, if you’ve played the original, you should already know everything that I mentioned above. But if you’re new to the game, it’s easily a JRPG that holds up until today, making it still worth playing for new players.

This remastered version also comes with the text based visual novel adventure game, Radical Dreamers, a side story that features an alternate version of the same characters in Chrono Cross from a different reality. It focuses on the infiltration mission done by the thief gang name “Radical Dreamers” led by Kid together with Serge and Gil, as they search for the artefact called the Frozen Flame. 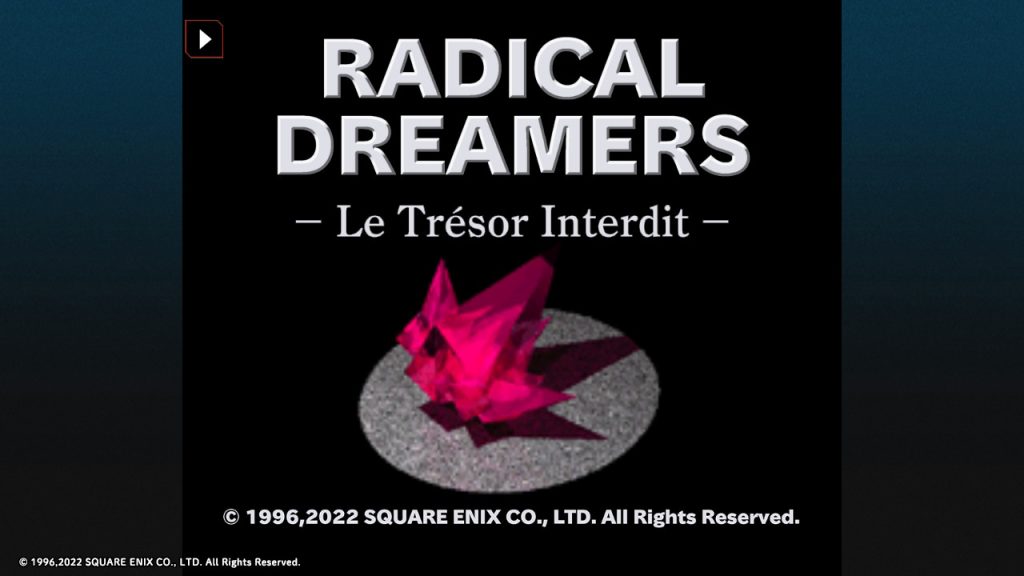 Gameplay is based on word-based scenarios, much like a choose your own adventure book through the narration of the main character. It’s a nice addition that provides a little extra for the Chrono universe.

While I had a lot of fun with this game I still wish a remake gets released sometime in the future.

Chrono Cross: The Radical Dreamers Edition was reviewed on Nintendo Switch via a copy provided by the publisher.

Chrono Cross: The Radical Dreamers Edition Review | An Awesome RemasterChrono Cross is a remaster with updated visuals and audio which help elevate the iconic JRPG classic, making it a must play for any JRPG fan, whether they've played the original or are new to Chrono.