Latest Company of Heroes 3 Developer Diary all about Art & Authenticity

Company of Heroes 3 just got a new Developer Diary. 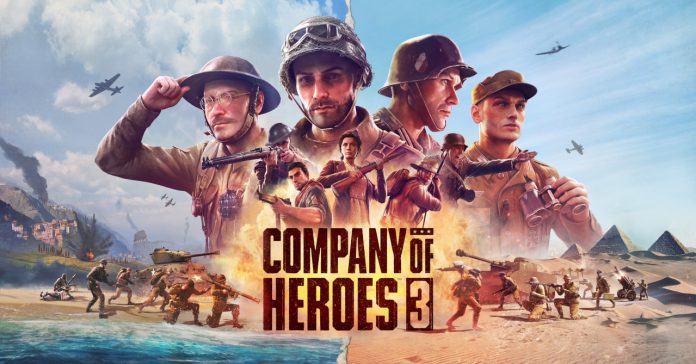 After giving us a look at the game’s Campaign Missions, SEGA and Relic Entertainment have released a new Company of Heroes 3 Developer Diary, this time detailing how authenticity and realism are core pillars in the game’s development.

The latest Company of Heroes 3 Developer Diary is described as:

“In an all-new video, Relic Entertainment describes how authenticity and realism have brought the battlefield to life and how they have evolved these key pillars for Company of Heroes 3.

To create a truly authentic experience, the Relic team took inspiration from their conversations with historians, watching countless hours of WWII documentaries, and reading technical diaries from that time. For Company of Heroes 3, the studio has also created a unique system called “Paper Doll”, where items in the game are designed in a more modular way, so each outfit or tank can easily be customised to look different from one another and therefore feel more authentic.

The video also gives an in-depth perspective on how animations, vehicles, armour, and unit behaviours have advanced and how environments have changed for CoH3.”

Not familiar with the game? Company of Heroes 3 is an upcoming strategy title by Relic Entertainment. This upcoming installment in the Company of Heroes series is set in the Mediterranean theater of World War 2. It will also bring forth new such as the addition of more dynamic gameplay, along with other enhancements.

Company of Heroes 3 will release on PC sometime in 2022.

- Advertisement -
Previous article
Two Point Campus reveals new Wizardry Course
Next article
The House of the Dead: Remake is set to release on PC, PS4, and Xbox One