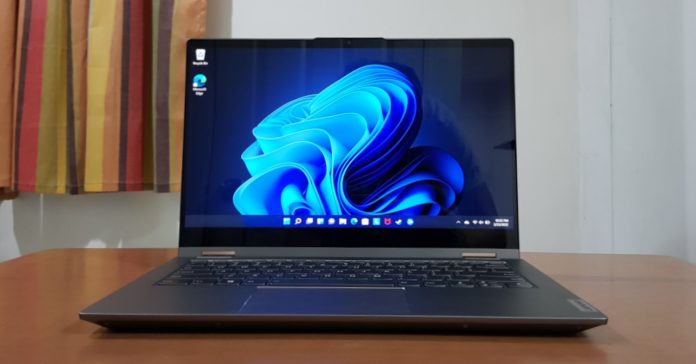 The ThinkBook 14s Yoga is a laptop from Lenovo that’s made with productivity in mind. Though unlike the typical ultraportable notebook, this new Yoga device features a convertible form factor, meaning it can be used like a regular laptop, as well as a tablet-like device.

Aside from the form factor, the ThinkBook 14s Yoga also promises to be a reliable partner for productivity with its 11th gen Intel processor. On top of this, the laptop features a 14-inch touch display, meaning it can be used for drawing, note taking, and more.

While it seems great on paper, does the new ThinkBook deliver in actual use? Here’s our review. 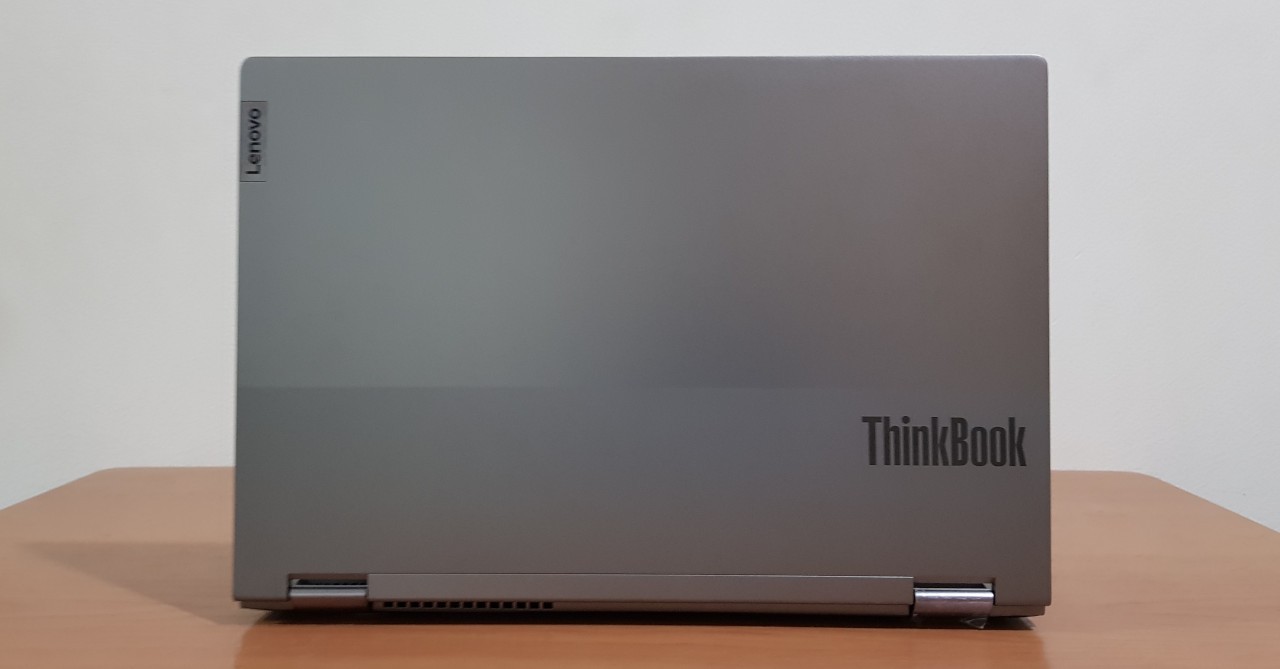 First, let’s take a look at its design. The 14s Yoga features an all-metal exterior with clean overall look that won’t look out of place in any office or business meeting. Though the Yoga does have a noticeable ThinkBook logo on the cover which, while not distracting, could’ve been a bit smaller to give the laptop an even sleeker look. After all, even Lenovo’s gaming laptops have more subtle branding than this.

Looks aside, the ThinkBook 14s Yoga feel well-built and sturdy, so this laptop will likely last for years, at least when it comes to its build quality. 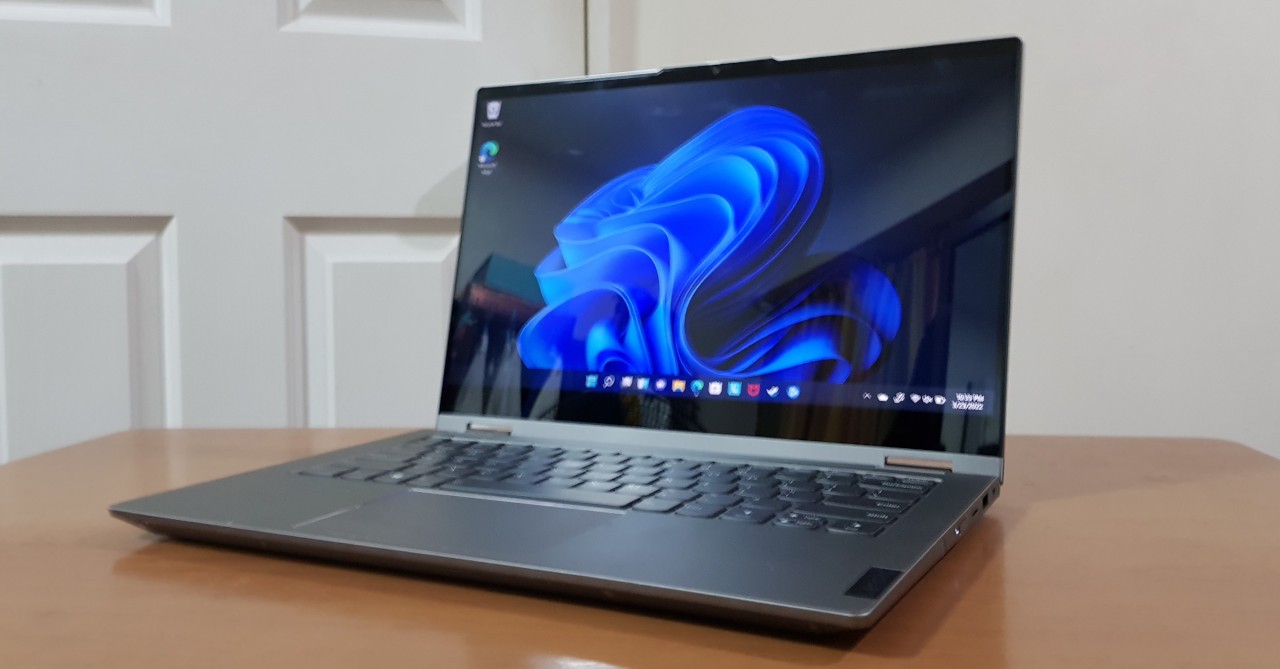 Moving to the front, we can see the ThinkBook’s 14-inch screen with slim bezels. Unlike some premium ultrabooks that put the webcam on the bottom (which is an awkward placement), the 14s has a properly-placed webcam on the top. Lenovo was able to do this by having a cutout shape on the top, similar to other Lenovo laptops. This gives the laptop a distinct look which shouldn’t be that distracting for most users.

As mentioned, the 14s has a convertible form factor, meaning you can use it normally, or like a tablet, or even in “tent mode” which is good if you need to quickly present something (maybe in a small meeting). The tent mode is also pretty nice for watching movies and shows as you can get a closer view of the display when you have it set on a table.

For I/O, the 14s Yoga features the following ports: 1x Thunderbolt 4, 1x USB-C 3.2 Gen 2 (DP/PD), 2x USB-A 3.0 Gen 1, 1x HDMI, 1x microSD card reader, and 1x Headphone / mic combo. This is quite an impressive selection of ports as you get a fast USB-C and a Thunderbolt port, as well as two USB 3.0 ports (other laptops may have only one USB 3 port) and a full-size HDMI port. Coupled with the fact that the laptop packs a microSD card reader, you likely won’t need too bring a dongle with you when you’re out. 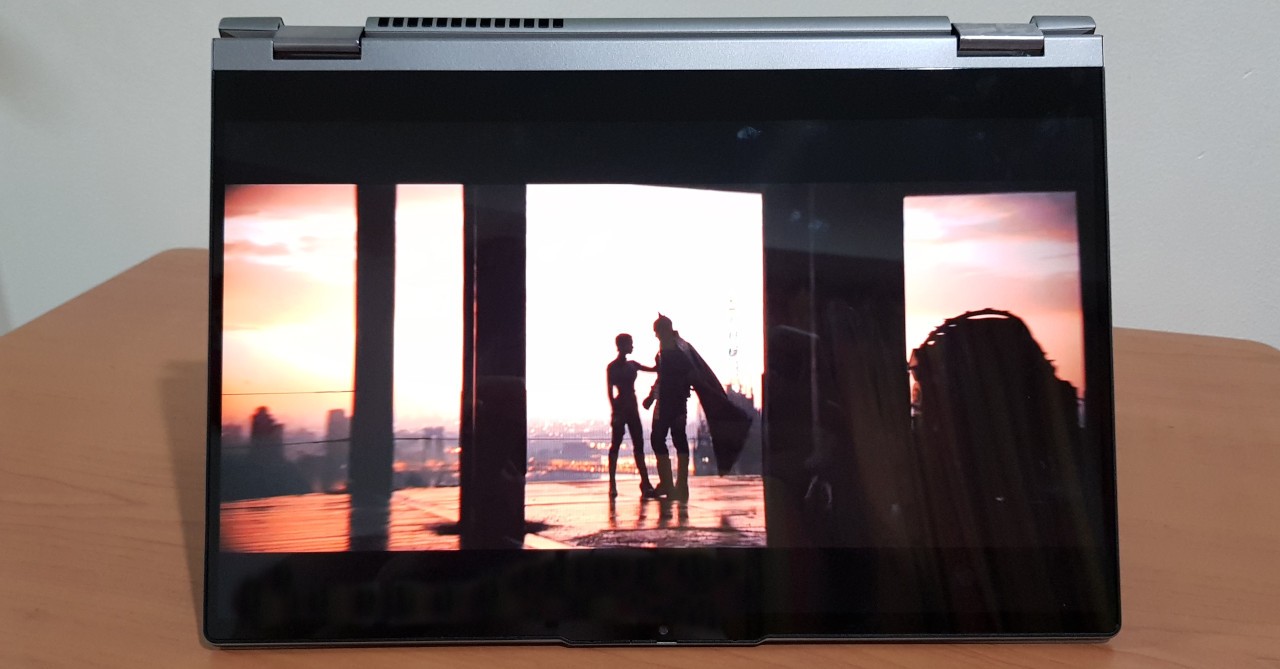 For its display, Lenovo went with a 14-inch FHD (1920 x 1080) touch screen for the ThinkBook 14s Yoga. While some premium notebooks pack OLED displays, the 14s has a more typical LCD display. While you won’t get the vibrant colors and deep blacks of an OLED screen, the ThinkBook 14s Yoga’s display is still good for binge-watching movies and shows as output is still of good quality. One thing I did notice is that the screen is a bit on the dimmer side, meaning I had to crank it to 60% or 70% brightness in well-lit indoor areas. 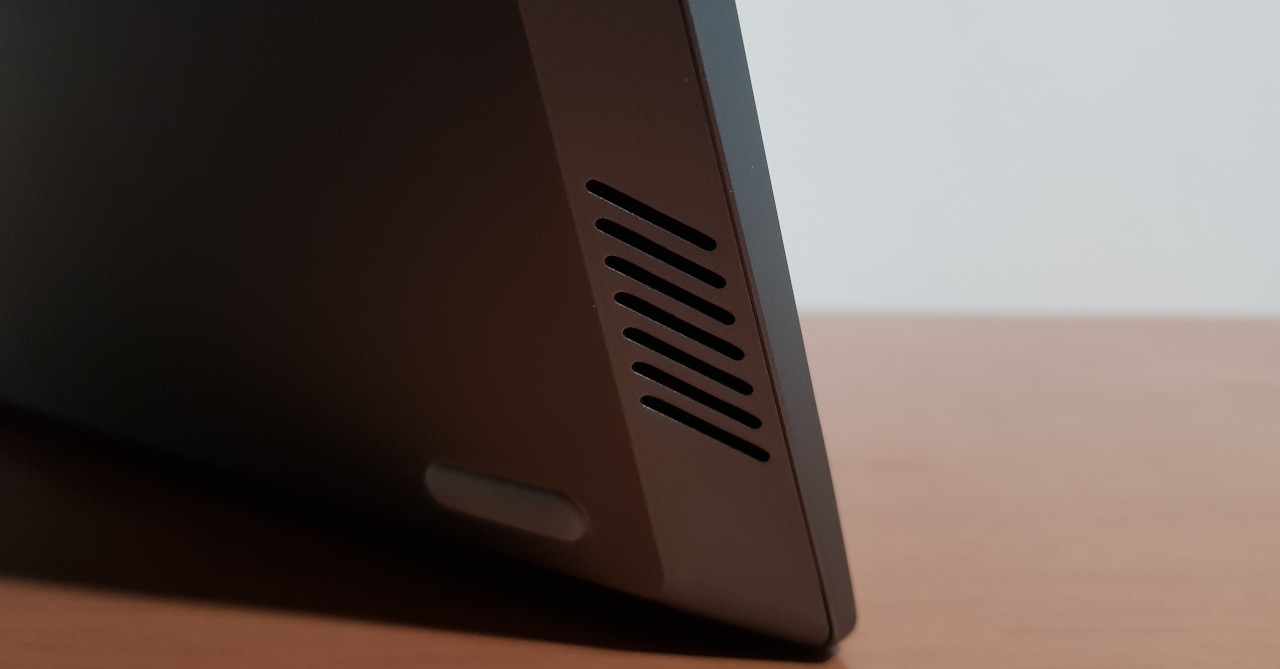 The ThinkBook 14s Yoga packs onboard stereo speakers that produce audio with good quality, enough that you can get a decent viewing/listening experience using them. Though they’re not the loudest laptop speakers out there, so you may need to crank the volume to near max. This means headphones or external speakers are still recommended if you want a better binge-watching or music listening experience. 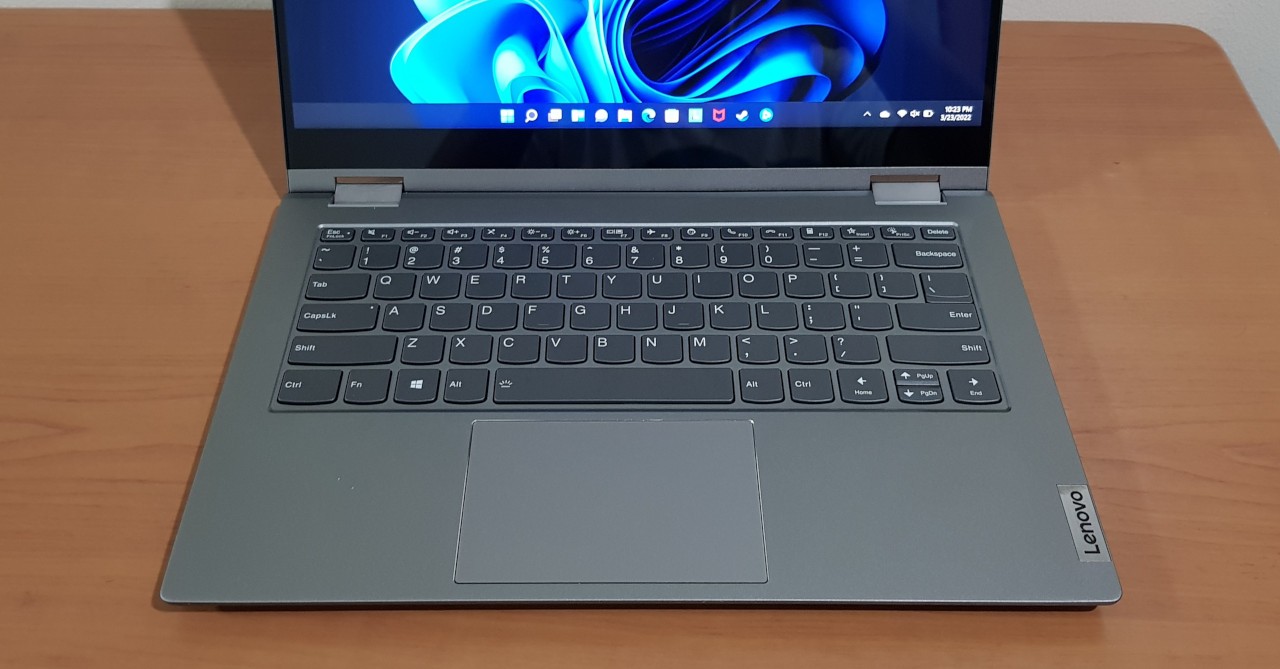 As a slim and portable laptop, the Lenovo ThinkBook 14s Yoga features a keyboard without a number pad. For typing, I found the keyboard to be great as it has a pretty good tactile feel (for what I assume is a membrane keyboard) that makes it satisfying to type on. The individual keys are also sized and spaced well so I had no issues with typing and working using the laptop for hours on end.

This laptop from Lenovo is not a gaming notebook, but we did try it out for a bit of gaming just to see how the 11th gen Intel Core i5 processor can hold up. 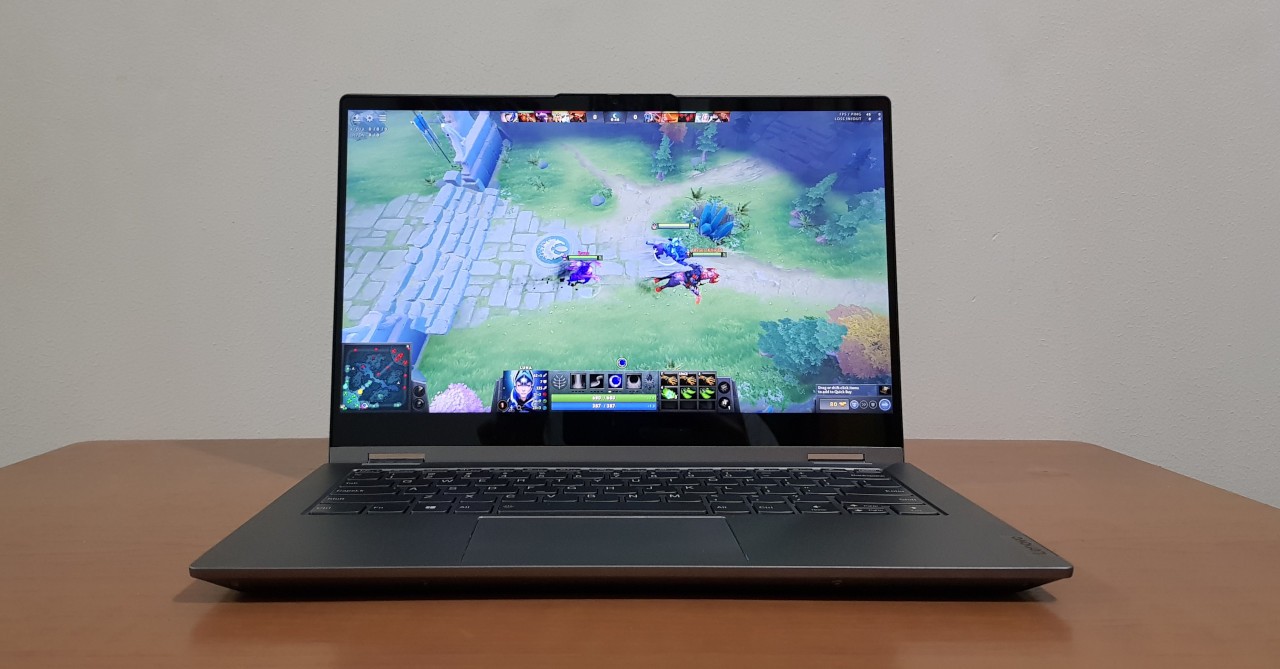 Given that this laptop won’t be able to run triple-A titles, we instead tested some esports titles. Dota 2 for example, ran at a bit above 30FPS on the Low graphics setting and at 1080p. This means you can run some esports games along with non-hardware intensive indie games, but if you’re an avid gamer, you shouldn’t expect much from this laptop.

Meanwhile, here are some synthetic benchmark scores for the ThinkBook 14s: 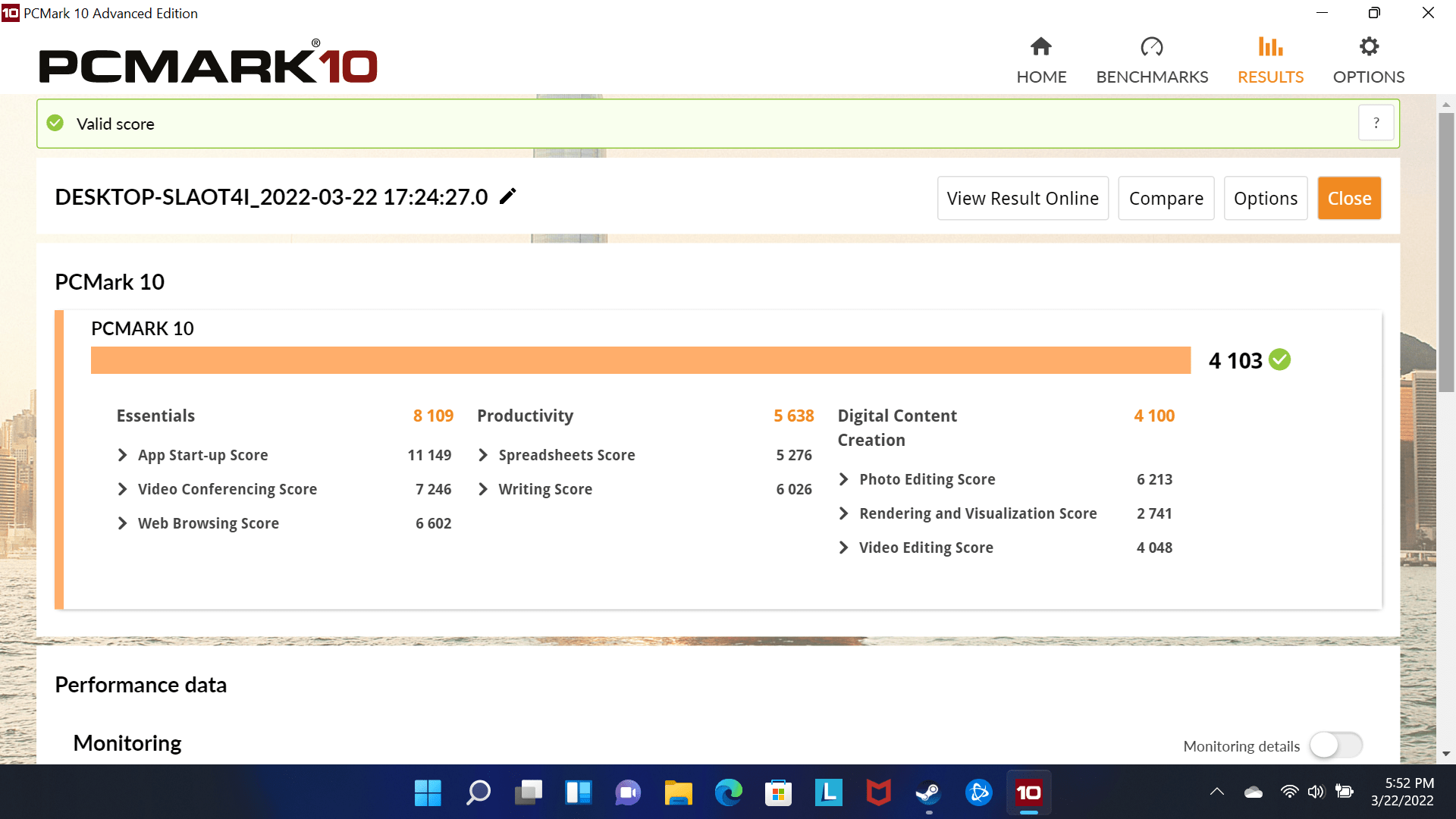 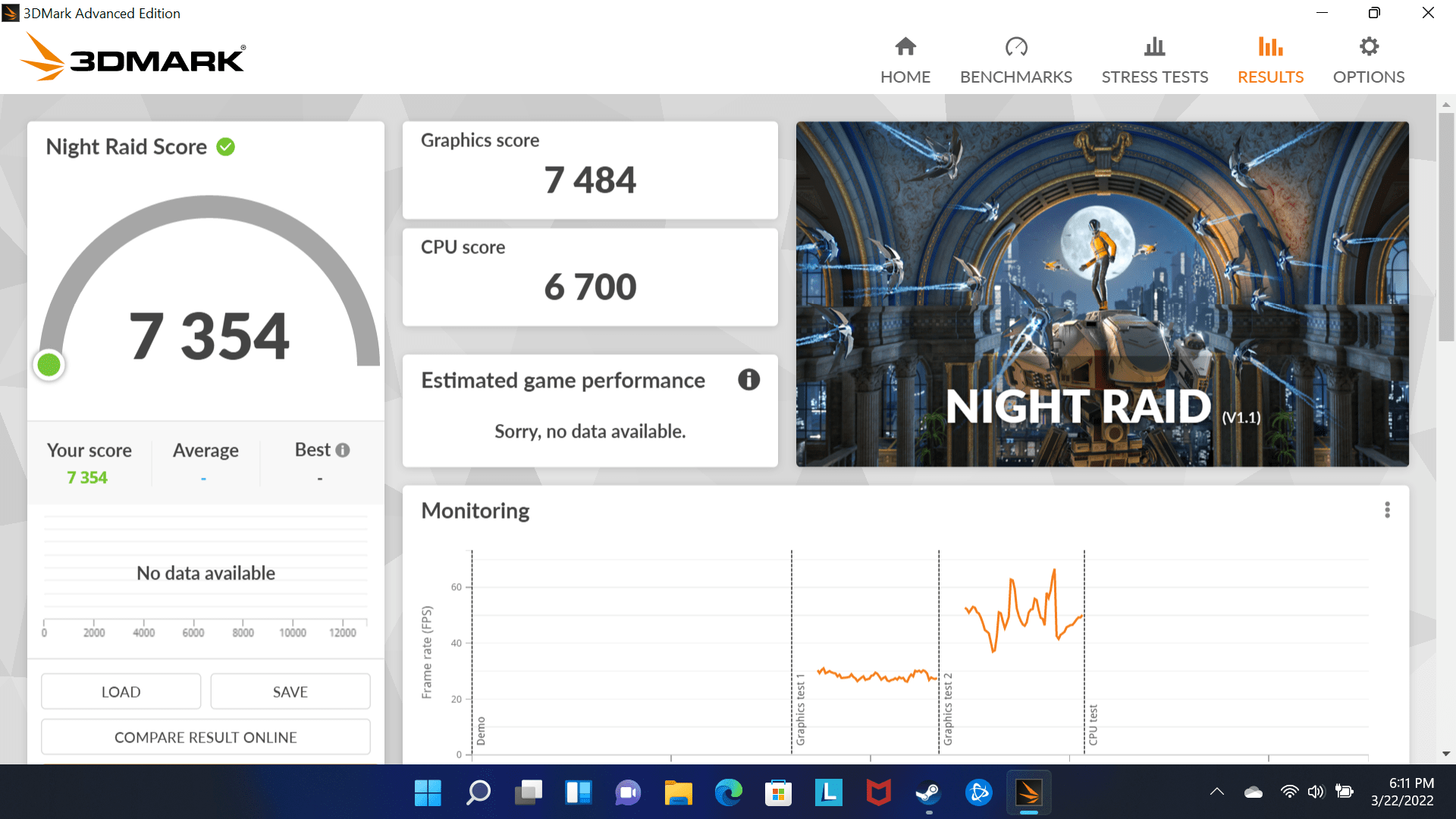 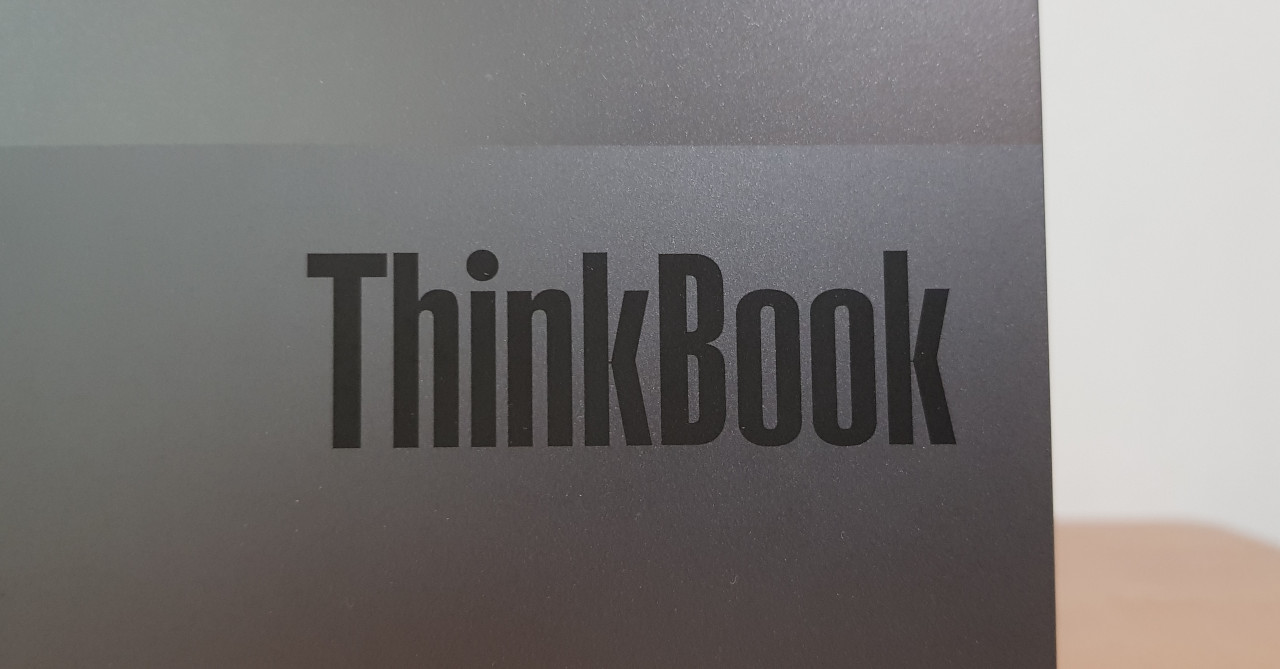 The ThinkBook 14s is designed with productivity and general use in mind, and for these, the laptop does not disappoint. For browsing, office apps, and some light productivity such as photo editing, the Yoga proved to be fast and snappy. At no point during our time with the laptop did it slow down or become unresponsive. This means most users who need a laptop for work/school will not be disappointed with the 14s’ performance. Though take note that the laptop isn’t a workstation replacement that can run heavy video editing or 3D programs.

For battery life, the ThinkBook 14s Yoga can last for around 6+ hours on a single charge in our test. A more specific result is that, after running a 2 and 1/2 hour movie at 50% brightness and volume, the laptop still had 63% remaining. For a laptop with a touch display, this is a pretty good result.

Speaking of touch display, the Yoga features a built-in stylus. This is a welcome feature given that most styluses for touch display laptops only magnetically attach to the notebook, meaning they’re easier to lose. As the Lenovo stylus fits inside the chassis, you won’t have to worry about the stylus falling off when carrying the laptop around.

As for usability, the Yoga’s stylus is a bit on the small side, but it’s still nice to have for note taking or a bit of drawing. Though do remember that this won’t be a replacement for a proper drawing tablet for creatives. 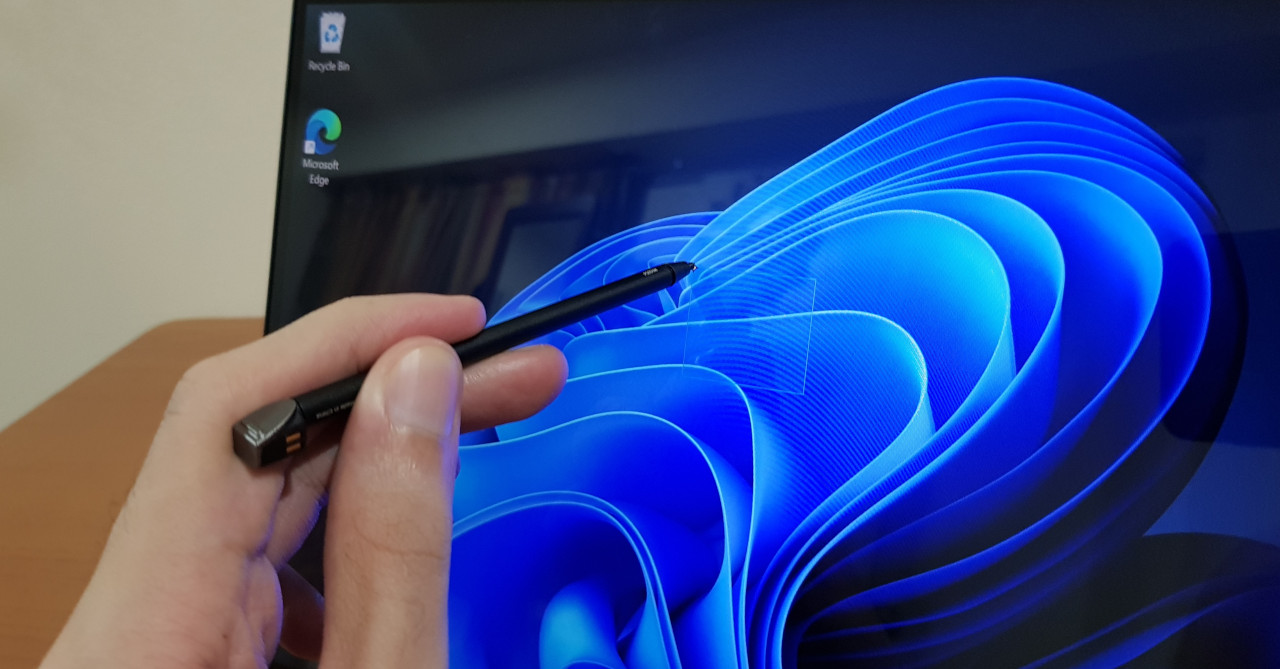 Aside from the stylus, the ThinkBook 14s Yoga also has several other nifty features, including a fingerprint scanner that’s integrated on the power button. The button’s location on the side is a bit unusual, but it’s easy to get used to. On top of this, the laptop’s webcam has a physical shutter for extra privacy.

With its good performance, nice display, and flexible design, the Lenovo ThinkBook 14s Yoga is a compelling premium laptop option for users who need a work/school partner. While it could use a bit more power and maybe an OLED screen, the ThinkBook 14s Yoga is still overall a convertible laptop that’s worth considering at its PHP 58,995 price tag.