Prepare for a school year of learning and fun. 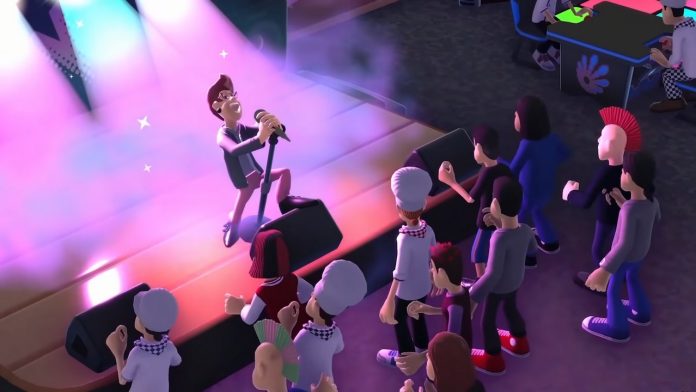 A few weeks ago, we returned to our hectic life as a hospital administrator with Speedy Recovery, the seventh DLC to the management simulation Two Point Hospital by Two Point Studios, bringing new content to an already big game. Although I have to admit the DLC didn’t shake the formula up as a whole, but it did bring fresh ideas to the base game, so it was really cool to hear that a new game is on its way. But instead of managing a hospital, the new game takes place in our very own school campus.

From the same folks who brought us Two Point Hospital comes Two Point Campus. Though the game is not out yet, we were lucky to try the game out ahead of its release date, and here’s what we think about it.

Like what was mentioned above, Two Point Campus will set you on building your own Academic institute that will welcome students willing to learn. It follows the same formula as the previous game, so if you have played Two Point Hospital before then you know the drill. But if you’re unfamiliar with the previous game, in a nutshell, it goes like this; you’re given a small space where you must build a facility that will accommodate the client’s needs, then hire a qualified employee to run that facility. This goes on until your establishment runs on its own.

It all sounds simple at first, but things will get hectic, and the demands of your client will eventually pile up, and you can experience the same thing in Two Point Campus. Although here, you don’t cure patients as instead, you’re trying to teach students, making the gameplay similar yet with a different goal and process. 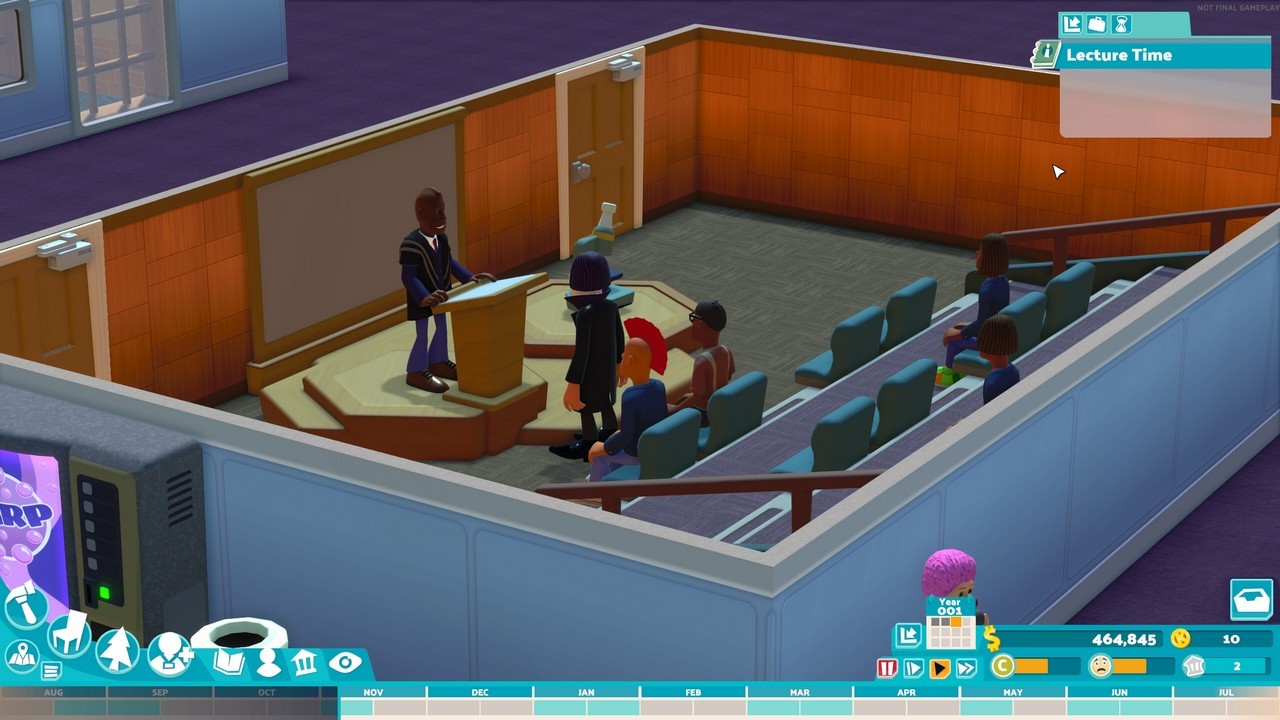 Unlike in Two Point Hospital where patients just come and go after being treated, here at Two Point Campus, students must “learn,” meaning they have to pass classes in a semester. So, not only do you have to make a classroom for a specific subject, you’ll have to build facilities for them to study and do their homework like the library as well. This learning mechanic makes gameplay feel different while giving it enough challenge as you must cater to what the students need in order for them to have a passing grade. And if they fail to pass a class, there is a chance that they’ll leave the academy.

It was quite challenging during my run, and I already went into debt within just a week or two to keep my academy running, making it a bit harder compared to running a hospital — and I love it! Specifically, what I loved about my limited time playing Two Point Campus is that the game involves more planning before starting a school year. Not only do you have to build the necessary facilities, you’ll also have to prepare the curriculum or subjects before the year begins, as if you’re really running an academy (at least, that’s how I think it works in real life). 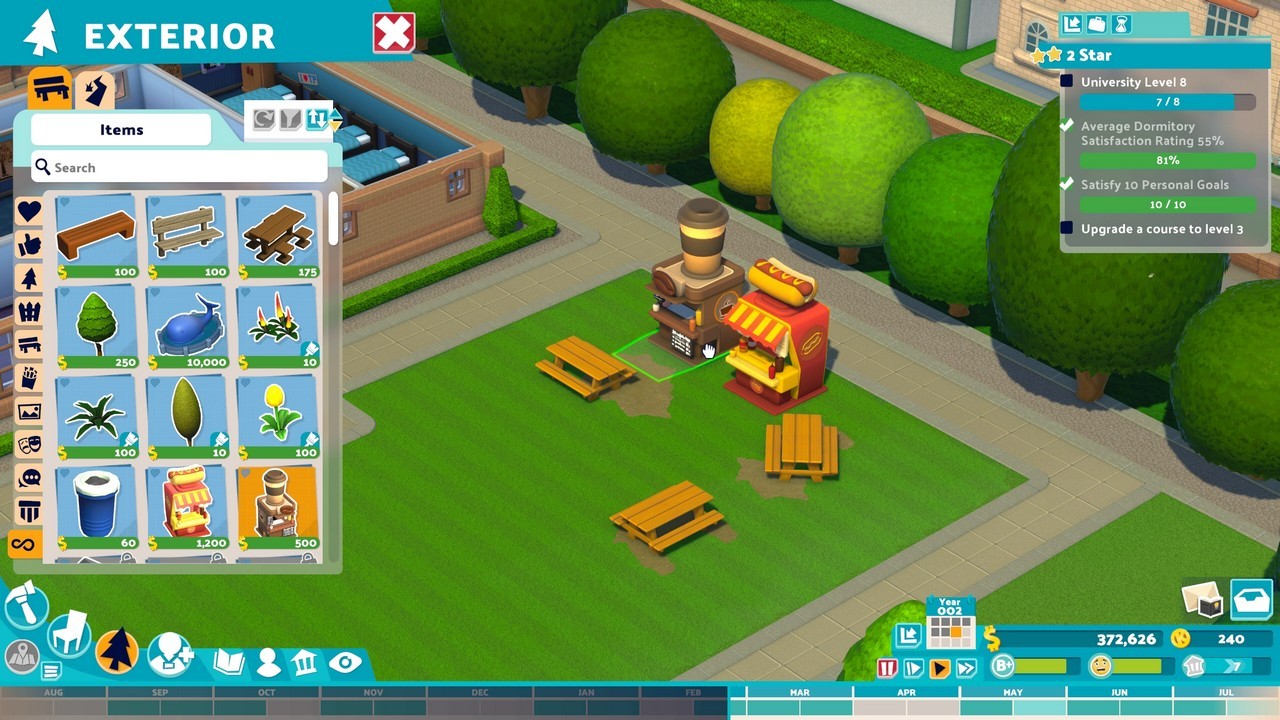 Another thing I loved about Two Point Campus is that you have more freedom of customization around the Campus. You can now buy or move exterior items such as trees, flower boxes, and benches to make your Campus look the way you desire. And you just don’t simply buy an empty lot to expand your Campus as the game allows also you to build the very building that you need for your facilities. These small additions are satisfying as they gives more options in your customization instead of just trying to squeeze as many items inside your establishment. On top of this, the game has an authentic Campus feeling because you can see students socializing with other students, which also helps with their mood, helping in their studies and achieving their goals. 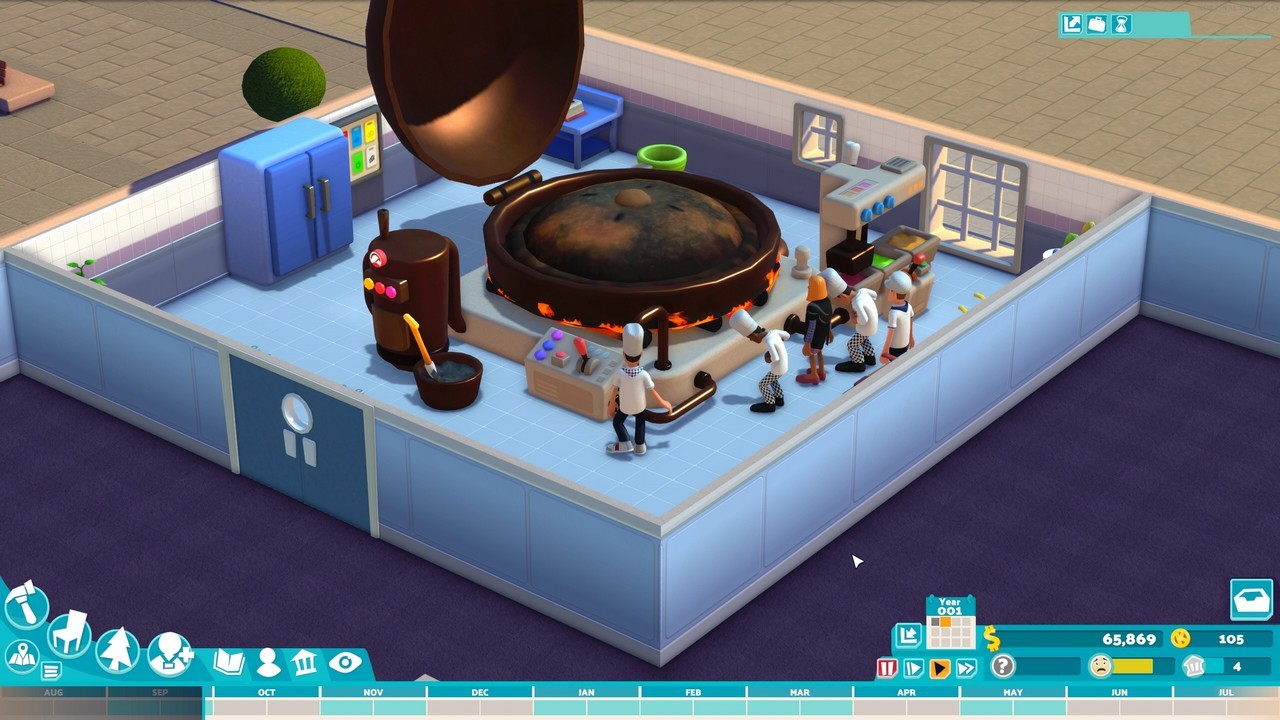 The only thing that didn’t appeal to me that much in Two Point Campus is the humor, or rather how it incorporates its wacky humor like in Two Point Hospital. Hospital has a clever way of incorporating its humor into the gameplay with the illnesses, though I didn’t notice see Campus integrate humor in a similar way, or maybe I’m just simply missing some details here. Either way, maybe we’ll see how Campus will incorporate student traits into its gameplay in its future release, so I’ll keep that in mind. 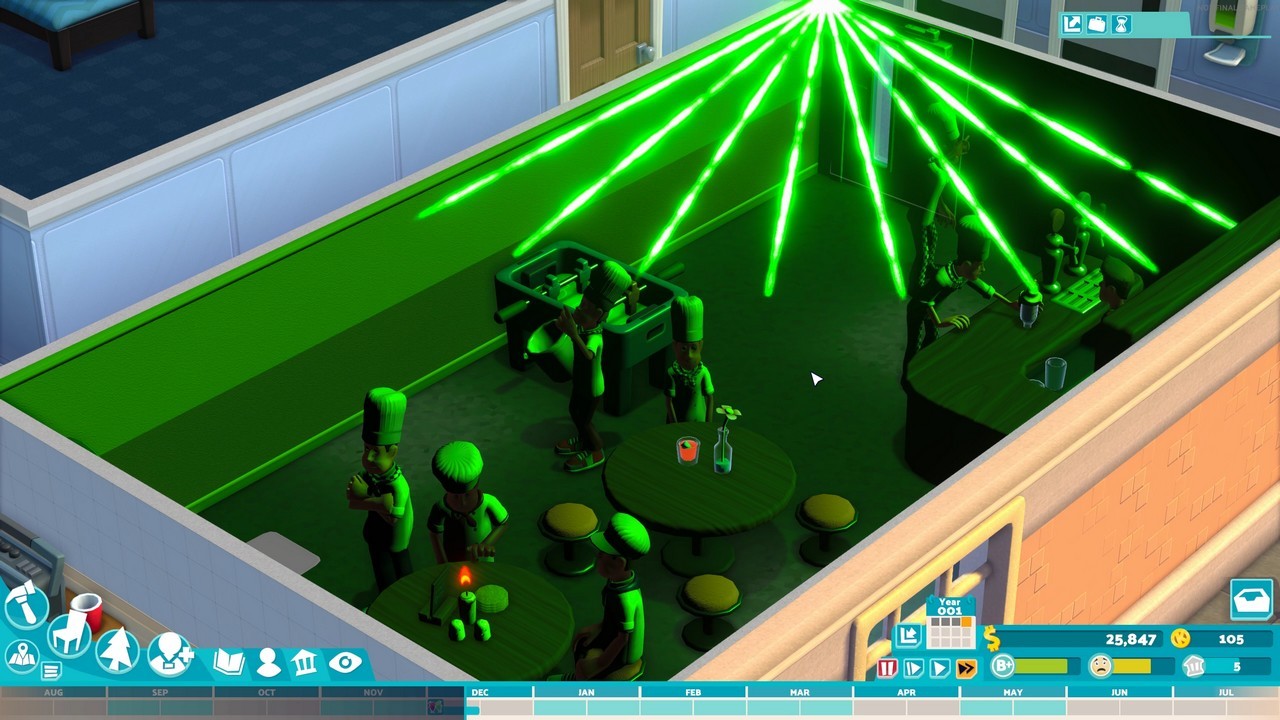 To close my first impressions of Two Point Campus, I would gladly say that it’s already a promising game. It kept the core gameplay from the previous game but added its own twists to the formula that fits its academic settings, thus it has its own identity. The challenges and the improved customization are some of the specific things that I’m looking forward to, so I’m already stoked about how the rest of the game will play has when it’s fully released.