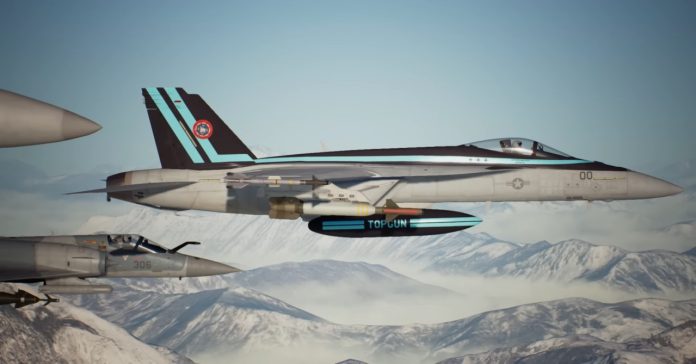 This new Ace Combat 7 DLC will release on May 26, the same day as Top Gun: Maverick’s international cinema release. Similar with other Ace Combat 7 DLC, this new content pack will include three fighter jets, including Maverick’s iconic F/A-18E Super Hornet. The DLC will also have an F14A Tomcat with Maverick and Goose’s names.

The trailer for the DLC shows off Maverick’s Super Hornet, and you can watch it here to give you a taste of what to expect:

Since Ace Combat 7 was released back in January 2019, Bandai Namco has released several DLC packs for the game, including aircraft sets as well as brand-new missions. Though this upcoming DLC is the first collaboration with another media IP.

Ace Combat 7: Skies Unknown is available now on PS4, Xbox One, and PC.