Warcraft Arclight Rumble is the first Warcraft game designed from the ground up for mobile. 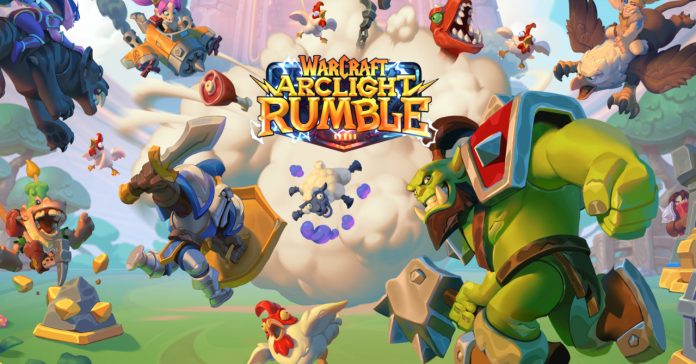 Blizzard has just announced Warcraft Arclight Rumble, the first Warcraft game designed from the ground up for mobile.

Specifically, Arclight Rumble is a strategy action game that can be described as a “Tactical Offense” game, with gameplay that’s reminiscent of mobile titles such as Clash Royale as players must put down units and destroy enemy structures to win.

Make no mistake though, Arclight Rumble isn’t just a Clash Royale clone as there are some key differences. For starters, Arclight Rumble is a primarily single player experience, complete with over 70 missions. The game will also feature weekly and monthly challenges, as well as multipart dungeons and raids, details of which will be revealed in the future.

While the game is primarily PvE, there will also be a PvP game mode for players to play against each other. The game will also feature a guild system to link up with fellow players.

As for gameplay, Arclight Rumble is different from other strategy mobile games as it features Leaders. These leaders are powerful units, examples of which are Jaina Proudmoor and Grommash Hellscream. They serve as the strongest characters in the games, and players must use them along with other Troop minis (minis are what units are called in the game) and Spells to complete a level.

Arclight Rumble will feature over 60 heroes, villains, monsters, and more from the Warcraft universe. There will also be five Families for Leaders: the Alliance, Beasts, Undead, Horde, and Blackrock.

Finally, the game has a unique art style which is inspired by tabletop-style mini figures. In the game’s lore, Arclight Rumble is an “arcade machine played in the taverns” throughout the Azeroth, and these machines feature “miniatures brought to life with Gnomish engineering.”

Warcraft Arclight Rumble is set to release on Android and iOS sometime in 2022. There will be a beta test for the game, though details for this will be announced at a later date.