Destiny 2: Season of the Risen Review | Short but Sweet

An above average season. 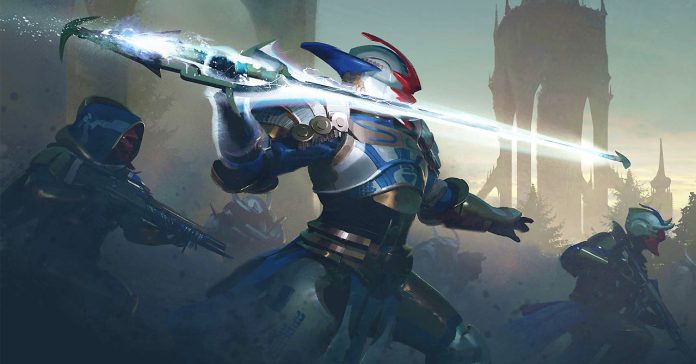 The launch of The Witch Queen revitalized Destiny 2 after multiple delays that caused the longest season the game has had with six months of Season of the Lost. A few months after launch, season 16 has now come and gone.

Is the new Season of the Risen a worthwhile experience that rides off of the strong momentum Destiny 2 has been having recently, or does it fall under the usual trope that seasons released simultaneously alongside a major expansion are lackluster?

Fun mods that complement the significant changes Void 3.0 made coupled with a great lineup of new weapons to earn saves Season of the Risen from its relatively short story and above average mission design. It’s nowhere near as bad as Season of Undying and Season of the Hunt in terms of expansion-tied seasons. If we are to judge it sorely on that criterion alone, season 16 is the best one yet.

Comparing it to recent seasons, it’s around the middle of the pack. If The Witch Queen was a great main course, Season of the Risen was there to offer a serviceable dessert. 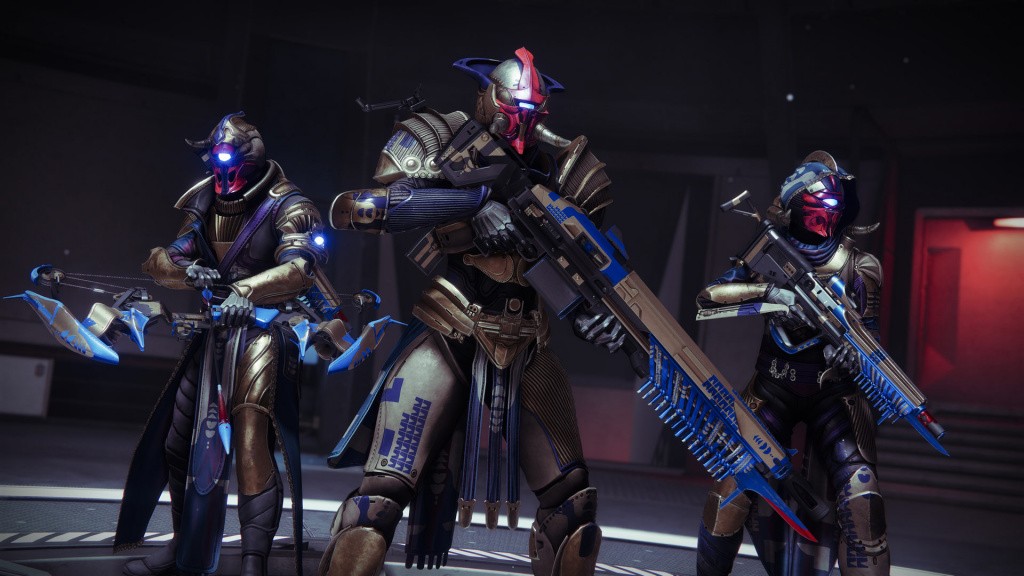 Season of the Risen’s story is one of the shortest in recent memory. Only four weeks of narrative content was served up here. I initially thought I was missing something or that Bungie was waiting out till the last few weeks of the season before continuing on with the story but that wasn’t the case at all.

The length may have been a bit disappointing but, Bungie has been doing a really good job with their storytelling recently, making it more cohesive and engaging than ever before. This was what kept me excited to jump back into the game with every weekly reset. With Season of the Risen, it’s not any different.

The story jumps off from the events of the first mission in The Witch Queen wherein you get into a fight with rogue cabal forces on Mars. Caiatl gets upset but then eventually agrees to team up against the more pressing threat of the Lucent Brood.

Lord Saladin and Crow take center stage this season as they work with the guardians to capture Hive lieutenants in order to harvest information from them. Crow isn’t exactly comfortable with the methods being done in which Lord Saladin explains that sometimes, we have to get our hands dirty for the greater good. One thing leads to another and Crow accidentally kills one of Caiatl’s Psions when he tried to turn off one of the machines being used to study the captured Hive. Just as Crow is about to be punished, Lord Saladin steps in to offer himself to be a part of Caiatl’s war council as an alternative.

Overall, it’s a pretty straightforward narrative—a welcome continuation of Bungie’s attempts to lessen its convoluted storytelling. Lord Saladin gets to shine as we learn more about his past and the things he has done to explain why he’s so jaded nowadays. This was a character that always felt like such a stone-cold badass to me. To see him show a softer side of him was a definite highlight of the story.

It’s not as impactful as the social commentary found in Season of the Splicer or the intriguing build up of Season of the Lost for The Witch Queen, but honestly, it didn’t need to be anything more than what it is—a great side story that has interesting implications for the future of the universe.

However, my one gripe about the story is how annoying Crow can get. Sometimes, he can come off as a whiny and overly emo teenager that can get distracting. We get it, tapping into Hive lieutenants’ brains isn’t exactly ethical but so is them harvesting guardians for their light and attempting to take over the universe.

Crow’s constant pushback against whatever is happening is one of the main reasons why things are screwed up going into season 17. I get that there needs to be some form of conflict but one at the expense of an intriguing character that has been showing promise ever since his initial appearance is a bit disappointing. Hopefully, he gets a redemption arc soon rather than being the catalyst for others’. 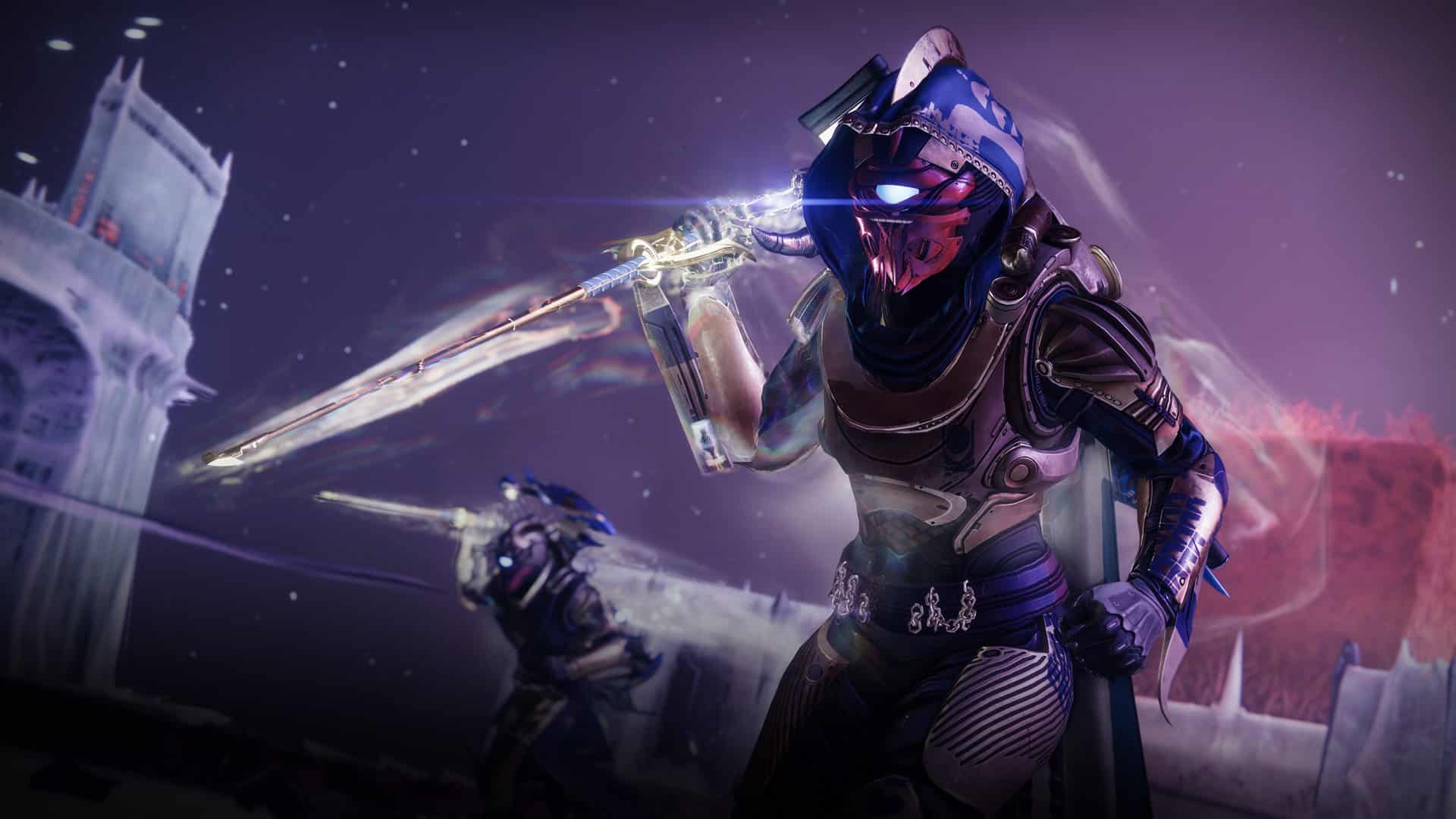 PsiOps Battlegrounds is the new seasonal activity that takes 3 players on a mission to capture Hive lieutenants. The enemy density is actually pretty great, especially in the last area where you have to fight the boss. It almost becomes too much if it wasn’t for the massive buff the Void subclass received in terms of clearing out mobs of enemies.

There is fun to be had in PsiOps Battlegrounds, especially if you just like to run and gun. But, if you were hoping for a bit more variety in terms of gameplay like the platforming sections of Override or the exploration opportunities of the Shattered Realm activities, you’ll be disappointed.

There wasn’t much pulling me back to play PsiOps compared to past seasonal activities. It’s not that the mission’s structure was bad, there was just barely any incentive to go through it especially if you already have the desired rolls for the weapons you like.

Vox Obscura is the new exotic mission to get the Dead Messenger grenade launcher. Much like the seasonal story, this mission was shorter than what I was used to. It added some form of variety in terms of vehicular gameplay but other than that, it’s really just another combat focused mission. There’s no sense of mystery, exploration, puzzle solving, and atmosphere like there was in Presage (which remains to be my favorite exotic mission so far). You get a tank at the start, blast a few towers, blast a door, run to the boss and kill it. That’s it.

The good, the bad, and the machine gun 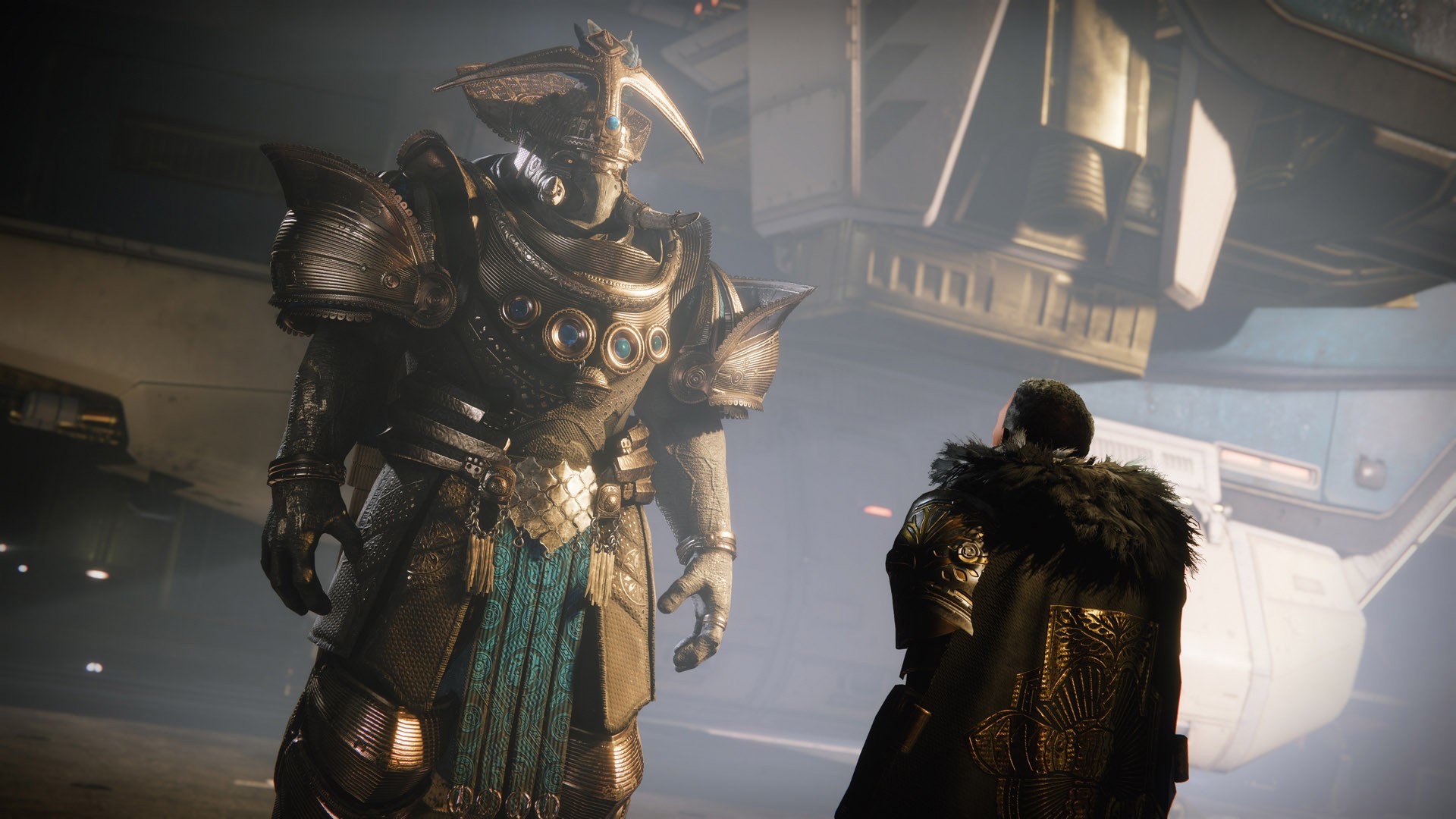 Speaking of which, the seasonal weapons are actually really great this time around. The Piece of Mind pulse rifle for PvP and the Under Your Skin bow for PvE come to mind instantly. The Thoughtless sniper, Sweet Sorrow assault rifle, and Explosive Personality grenade launcher all have great perks to play around with and are aesthetically nice to look at.

The Recurrent Impact machine gun is however a bit underwhelming. But then again, the weapon archetype has always been just on the sidelines since forever in Destiny 2’s sandbox. Given that there will be a significant buff for machine guns in season 17, maybe it’ll be enough for the weapon archetype to have a chance in the spotlight.

The mods from the seasonal artifact usually determine what the PvE sandbox meta is. They were mostly focused on Glaives and void weapons. Understandably so, a new weapon type introduced in the Witch Queen expansion and the subclass that recently got a massive facelift would be the favored ones. However, I didn’t find that the meta was shifted towards using Glaives. It’s not a bad weapon archetype by any means but it’s also not anything too special. I went through endgame content just fine with the usual weapons I’ve been running since last season.

Void 3.0 did most of the heavy lifting this season. The game became too easy at times with the amount of raw firepower and ad-clearing capabilities for all classes. I was using a Warlock all throughout the season and I didn’t find any reason to switch my subclass to solar, stasis, or arc. Maybe with the upcoming Solar 3.0 rework in season 17, that can change the case.

The Grand Overture exotic machine gun can be acquired from the season pass. This one immediately received a nerf early on which pushed it away into obscurity. It’s a weird mix between a machine gun and a rocket launcher. Sounds cool on paper but, there are much better weapons to play around with. I didn’t use it as much and I definitely didn’t see anyone else doing so as well other than the first few weeks. 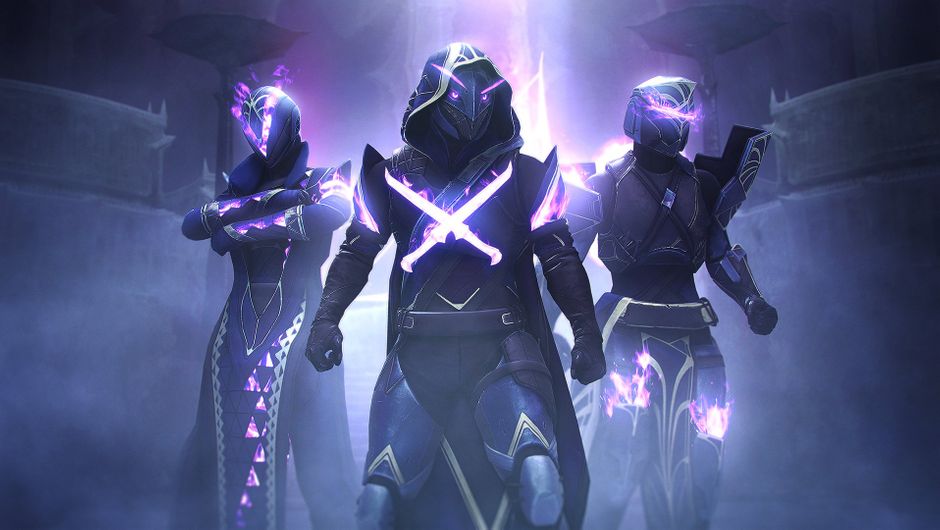 For being a season that was released alongside a major expansion, Season of the Risen is not too bad. It probably helped that The Witch Queen was fantastic to begin with but, season 16 was able to branch off the storyline with an interesting side adventure that still maintains a high level of quality through and through.

While I do have a number of complaints such as typical mission structure, underwhelming weapons, and annoying character moments with Crow, it does not outweigh the good that Bungie has been producing.

A story that is easy to follow while still providing in-depth options for lore junkies to hunt down, great loot, Lord Saladin being the usual badass that he is, and a great revamp to guardian games.

The yearly event competition among the 3 classes is usually a snooze fest but I actually had a decent amount of fun with guardian games this time around. It wasn’t anything perfect. It was just a battlegrounds/ strike playlist at its core but it was the easiest XP farming the game had to offer at the time. It probably helps that warlocks finally had their first ever win and no, if you are one of those who say that the community just gave it to us out of pity then you are wrong.

Season of the Risen is very much an okay season. I didn’t love it but I definitely did not dislike it at all. I kinda appreciated how much more laid back it was compared to The Witch Queen since the community was still trying to process the events of the expansion. This was the season that I felt like I didn’t have to always log in every day for fear of missing out on something.

Even though it was just four weeks’ worth of story content, the remaining time was filled with Trials of Osiris, Iron Banner, Guardian Games, the start of Grand Master Nightfalls once again, leveling up weapons for crafting, and so much more. It never felt like there was a drought of content. Bungie always had something happening every week. 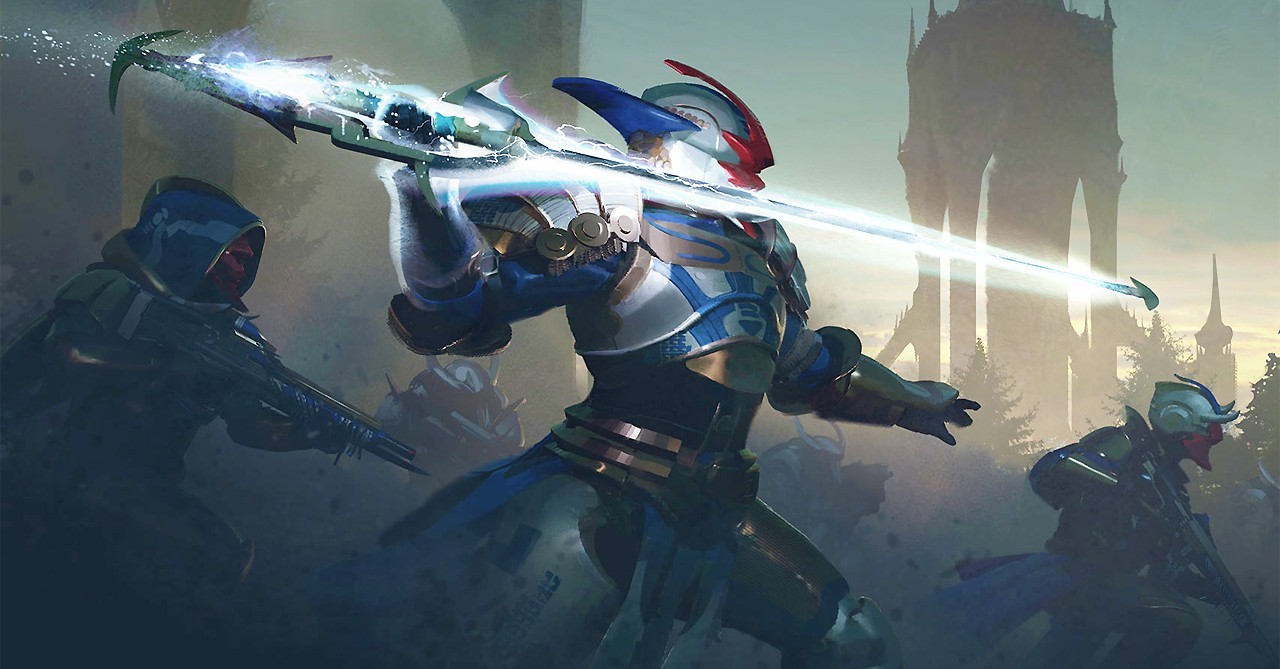 Going into Season of the Haunted, I’m going to have much higher expectations given that it won’t have the luxury of releasing alongside a major expansion anymore. From what we know so far, things are looking great. Solar 3.0, more vault space, a new PvP map, a new dungeon, and more classic Destiny 1 weapons coming back. I said it in my Witch Queen review and I’ll say it again here: it is a great time to be a fan of Destiny 2.

Destiny 2: Season of the Risen Review | Short but SweetSeason of the Risen is an above average season that didn’t really offer any groundbreaking additions, but it was still enjoyable nonetheless. The weekly events helped kept the sandbox fresh and enjoyable to come back to whenever I felt like it.