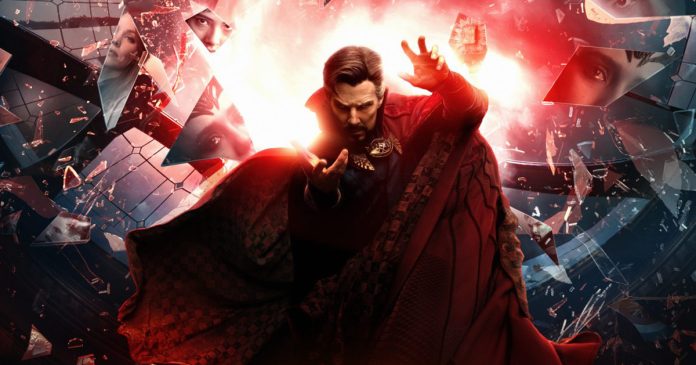 The hype surrounding the latest outing of the Sorcerer Supreme (well, technically not Sorcerer Supreme anymore), Doctor Strange, has been reaching fever pitch with fan speculations, clever teasers via audio cues and introduction of new Marvel characters weeks and days before its official screening date.

Is that Patrick Stewart’s Professor Charles Xavier’s voice? Did we hear Chiwetel Ejiofor’s Baron Mordo say “The Illuminati will see you now?” in the last few trailers?

Have you steeled your mind and ready for an absolutely chilling thrill-ride into Doctor Strange in the Multiverse of Madness? Well buckle up as we give a spoiler-free review of the latest from the Marvel Cinematic Universe.

Doctor Strange in the Multiverse of Madness brings back Benedict Cumberbatch front and center after his heavy involvement in multiverse magic from Spider-Man: No Way Home. After that film, Marvel kicks the door wide open with possibilities of other characters crossing over. And boy do they turn the madness all the way to 11 in this feature!

Back to the central 616 Universe (which is also the canon main universe in the comics), Strange wakes up to constant nightmares of a version of him helping out America Chavez (Xochitl Gomez), in the particular opening dream sequence, that version of Strange perishes as Chavez opens a Star-shaped portal and crosses over to another universe as they were being pursued by monstrosities at large.

It turns out, as expected, these weren’t just dreams, they’re actual realities spaced across the Multiverse as Earth 616’s version of Strange meets America Chavez in his reality. Someone is hunting America Chavez and setting out strange creatures like Gargantos (aka Shuma-Gorath) to capture her and get her power. What is known is whoever posses America Chavez’s powers will have full control of the Multiverse and can, theoretically, cause irreparable damage to it.

Elizabeth Olsen reprises her role as Wanda Maximoff aka the Scarlet Witch and the only other magic user in the MCU roster of heroes. Her Disney+ spinoff, Wanda Vision, expands her character and establishes that she is, indeed, the Scarlet Witch – an entity that can harness the power of pure Chaos. Armed with the Darkhold and longing for her sons, how does she fit into all-of these strange new adventures?

Director Sam Raimi takes on the helm and crafts what could possibly be the MCU’s first attempt at horror – or at least horror that can be done within the bounds of the main MCU line. Raimi’s iconic first-person, in-your-face handheld camera style that creates jarring tension can be seen throughout the film as well as his penchant for blink-and-you’ll-miss-it jumpscare tactics. Helping to make things extra creepy is master goth-style composer and long-time collaborator, Danny Elfman making sweet haunting melodies.

Multiverse of Action and Fan-Service

From the moment the picture opens, we have the main characters chasing one big action set-piece after another with very little reprieve in between. And while on paper this may seems rather exhausting, Director Sam Raimi and Screenwriter Michael Waldron (Loki) keeps things light when they can. Aside from sprawling CGI-action through the multiverse, this film gives longtime Marvel fans from both film and television something to chew on with the numerous cameos and Fan-service. Some fan speculations were on-point while others…well, let’s just say, you’ll have to watch it and get your minds blown off (figuratively speaking, of course). It’s a fantastic romp through the numerous Marvel IPs and opens possibilities of new franchises should Marvel Studios pursue them.

To some degree the film could have been called The Scarlet Witch in the Multiverse of Madness as much as it is Doctor Strange in the Multiverse of Madness. It also doesn’t help that some of the best scenes were given to Wanda and Elizabeth Olsen knock the role out of the park with this one. The character has come a very long way from Age of Ultron and it’s fun to see her in full force for this film. If anything, Doctor Strange in the Multiverse of Madness cements the Scarlet Witch as probably the strongest Avenger throughout the entire MCU in terms of sheer raw power. The stuff she can do in this film is terrifyingly awesome and Sam Raimi’s sensibilities to the horror genre helps express that even further.

That being said, the film still manages to entertain and (more importantly) surprise first-time viewers. It’s a great addition to the growing MCU roster and I cannot wait to find out how the next few Marvel movies and TV series ties up to the events that happen in this film.

Doctor Strange in the Multiverse of Madness is now showing in all major cinemas across the country. If you can get the chance to watch it this weekend, we highly suggest you do on the big screen. It’s a great experience watching it again in large format among with fans who will clap, gasp and cheer with you throughout the wacky adventure. Pro Tip: there are 2 post-credit scenes. One of them sets up the MCU further while the other, well, it’s a fun joke.