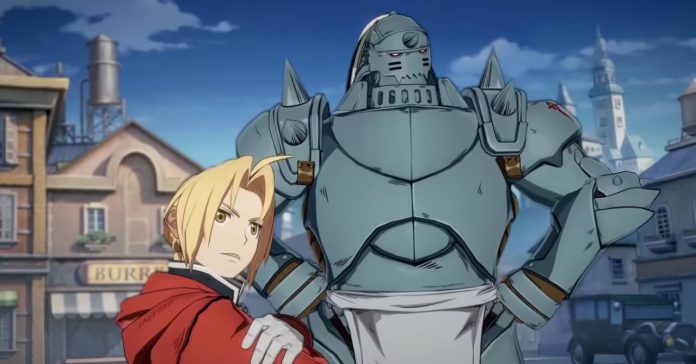 Square Enix has announced that Fullmetal Alchemist Mobile pre-registration is now open on the App Store and on the Google Play Store.

The game’s official Twitter has announced that pre-registration is now available for Fullmetal Alchemist smartphone game. Players who pre-register will get freebies in-game, and as more players pre-register, more rewards will be given. When pre-registered players hits 500,000, Winry Rockbell will be given to players for free.

In case you’re unfamiliar Fullmetal Alchemist Mobile is an upcoming smartphone title developed by Square Enix. Announced a couple of months ago, the game will let players re-experience the original Fullmetal Alchemist story, albeit in game form and with 3D CG battle scenes.

Given that the game has only been revealed in Japan, it’s not entirely clear what battle system the game will have. But what is clear is that iconic characters from the anime will be playable, including the likes of Edward and Alphonse.

The game’s premise is described as (via Gematsu):

The original story and battle scenes are brought to life in high-quality 3D CG, and the world of the evocative masterpiece is reproduced in excruciating detail.

Even in the depths of despair, the two brothers who performed the taboo alchemy known as Human Transmutation set forth on a journey to reclaim all that they have lost.

Welcome to the world of Fullmetal Alchemist…”

Currently, there’s no word yet on a release for the game outside Japan.