Arataki Itto and Xiao are making a comeback, too! 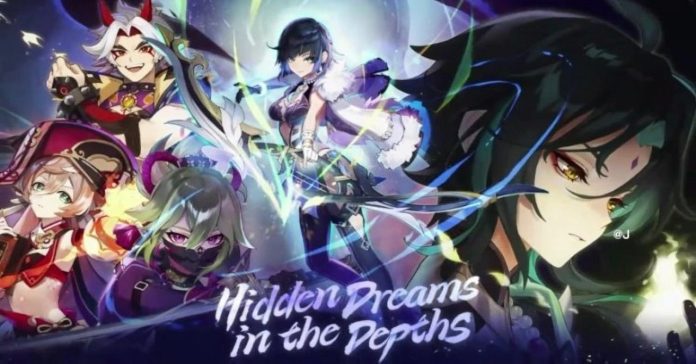 After a delay that saw Genshin Impact grind to a screeching halt, we’re finally getting the details for the upcoming 2.7 update. While the new region of Sumeru is still a long way to go, players will be getting new characters, weapons, events, and good rerun banner or two. Maybe not the one you wanted, but a good one nonetheless.

Hoyoverse revealed the 2.7 update trailer, “Hidden Dreams in the Depths,” that more or less encapsulates what to expect. The main source of hype would be the sneak peek of our brand-spankin’ new characters–mysterious, JoJo-posing Hydro bow user, Yelan, and the Arataki Gang’s 2nd-in-command, Kuki Shinobu.

We also get a new story quest that involves Yelan herself, best boy Xiao, and the deeper, darker secrets of The Chasm. Having Yanfei tag along as both legal and artillery support makes sense. But seeing the Arataki Gang so far from brings about a few questions. We’ll find out soon enough.

The 2.7 update has us venturing into yet another spiral abyss-like domain where we can test our might–and just how much we’ve whaled. We’ll also be getting another rhythm-based mini game, drums this time around. Given how the teapot has been under maintenance for well around a month now, the new Core of the Apparatus event just might mean everything’s going to be fixed soon. Of course, since The Chasm is the featured backdrop for the update, it needs its own little adventure, too.

In terms of weapons, we have two. Yelan’s signature bow, the Aqua Simulacra, and the 4-star Fading Twilight, which is a free weapon that you can acquire during The Perilous Trail.

Lastly, we have a few quality of life and creature comfort updates, such as a Challenge Feature for domains, talent priority recommendations for characters, and main attribute references for artifacts. Good stuff.

Any update wouldn’t be complete without Freemogems, so here are the codes. They’ll be expiring on May 21 at 12 a.m. EDT, so redeem ’em while you can.

We got a teaser for a new 4-star this week, in the form of Shikanoin Heizou. His release is still up in the air, but we’ll be on it once more details drop. Happy Chasm-exploration, y’all!

- Advertisement -
Previous articleTeam Philippines are the MLBB champions at the 31st SEA Games
Next articleCanon launches the EOS R5 C and RF 5.2mm f/2.8L Dual Fisheye in the Philippines