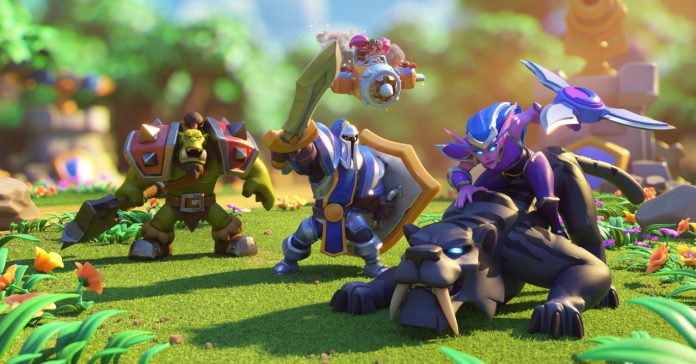 Ahead of the game’s official reveal, we got to interview Warcraft Arclight Rumble developers from Blizzard. They were able to share lots of interesting info about the game during the interview, including its origins, gameplay details, and how the game will be monetized.

One of the first things that we asked was how the game came to be. After all, while Hearthstone is available on mobile, Warcraft Arclight Rumble is the first game in the series to be built primarily as a mobile title.

“As to the history of the project, I was one of the early developers on the team,” said Collins. “So, I can tell you from that perspective, it started out as a spreadsheet and design, just like everything at Blizzard, we start gameplay first. And so, we really just developed the core moment to moment gameplay, putting units down on the field, those unit interactions first. Then we kind of built [the game] from there in time.”

As for the game’s premise within the overall Warcraft universe, Lim shared the development team’s approach:

“How we see Arclight Rumble is that these are miniatures brought to life with Gnomish engineering. The art style and the mechanics of it are [based on] really fun miniatures, and we see it as this arcade machine played in the taverns. You toss these minis onto the board they come to life and they go down the map, down the lanes, and they’re using their abilities and fighting things, taking points of interest, mining gold veins and so on.” 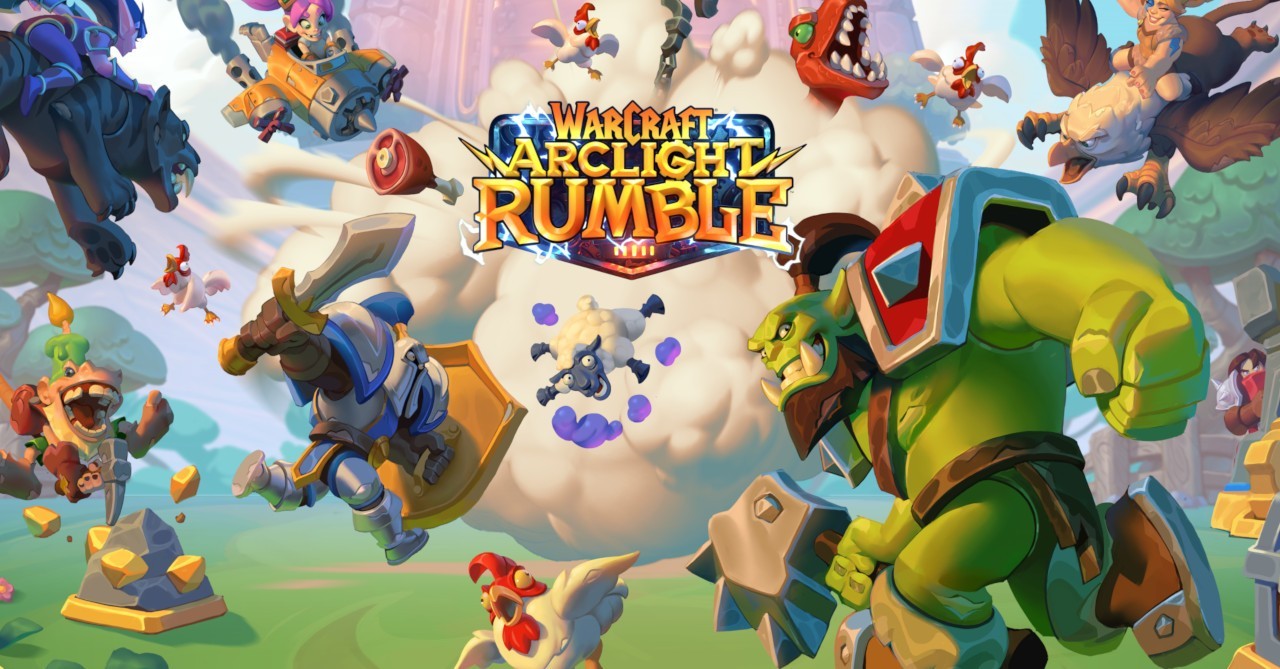 If you’ve seen the reveal of Arclight Rumble, you probably already know that the game is sort of like a reverse tower defense game (it’s called a “tower offense” game) where you lay down units to destroy enemy towers.

While not 1:1, its gameplay does seem a bit reminiscent of games such as Clash Royale. Given this, in the interview, the developers were asked on how Warcraft Arclight Rumble is different from Clash Royale and other games with similar gameplay.

Collins explains in detail how both games differ as follows:

“There are definitely some similarities there [between Arclight Rumble and Clash Royale] for sure. We played a ton of Clash Royale and love that game quite a bit. But I think Arclight rumble has a lot to offer in that department.

In terms of differences from the standard Clash Royale gameplay, we have the concept of leaders in our game. Leaders are the basically units that exist within the five families. We have Beast, Blackrock, Alliance, Horde, and Undead in the game. And each of those different families have different Leaders in it. You actually build army like deck archetypes around those leaders.

Another major difference between Arclight Rumble and Clash Royale is its focus on singleplayer. While Arclight Rumble will feature PvP, according to the developers, PvP is the game’s focus.

“PvE is a huge part of this game, and it’s actually in my opinion, where we focused most of our attention,” said Lim.

Specifically, Arclight Rumble will feature over 70 maps which Lim says are “really deep” and “will take months to complete”. These maps also promise to have lots of replay value as players will be encouraged to play them multiple times but with different leaders, as well as in quests which change up which units are played.

PvE is no doubt the focus, though the developers also mentioned in the interview that the PvP mode won’t just be an afterthought.

“While it is primarily a PvE game, we are very excited about the PvP elements and the future of what we have prepared, which I can’t talk anything about, but I’m very excited for,” said Collins.

Finally, in the interview, the Warcraft Arclight Rumble devs shared how the game will be monetized.

The concern with most mobile games is that they can be predatory with monetization, whether it’s through a gacha mechanic or a lootbox system. According to the developers, there will be no lootboxes or random elements in the game’s store.

How it’ll work is that the game will only feature one in-game currency. This currency can be used to purchase units in the game, and the currency can be earned by playing or by purchasing with real money. There will also be no lootbox or card pack mechanic, meaning players can choose specific units that they want and buy them, with no random element coming into play.

“Monetization is something that we’ve really thought about,” said Lim. “We wanted to make sure that this game is fully player focused and player first. We want to make sure that we’re monetizing in the right ways. So, anything that you can buy from the grid is earned from currency earned through playing the campaign or playing any of our game modes. But also, it’s the same currency that you can do in-app purchases for.”

Warcraft Arclight Rumble will release on iOS and Android sometime in 2022.