Here's hoping that they do make their way to the country soon! 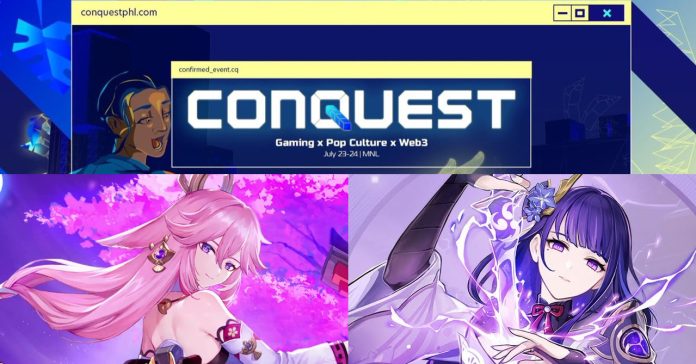 Genshin Impact fans in the Philippines should get ready this July as several voice actors from the game might be visiting the country at CONQuest Festival!

Specifically, Genshin Impact content creator, AsianGuyStream, recently posted a tweet saying “Manifesting a Genshin group trip to the Philippines… 👀” which hints at plans for him to visit the country soon.

Lo and behold, two of the game’s voice actors replied to his Tweet! Namely, Ratana and Anne Yatco hinted that they might also visit as well.

Hey @annejyatco , should the Inazumanila crew join the fun? 🇵🇭

In case you’re unfamiliar, Ratana (full name Ratana Therakulsathit) is the English voice actor of Yae Miko. Meanwhile, Anne Yatco is the voice of Raiden Shogun, also in the English version. Both Ratana and Yatco have Filipino heritage, so it makes sense that they’re the ones that might visit the country soon.

While this may seem like just a Tweet showing interest, the Tweets were shared by the  CONQuest Festival’s social media pages. While not a confirmation, this is a pretty strong indication that these Genshin Impact voice actors are coming to the Philippines at the event.

Along with the voice actors, it seems that other Genshin Impact content creators might also make an appearance during the event based on this new post:

CONQuest Festival is happening on July 23-24, 2022 at the SMX Convention Center in Pasay City.

- Advertisement -
Previous article
Moms in Tech: How these Mothers at Shopee Unlocked Success in a Fast-Paced Industry
Next article
Final Fantasy 16 is “pretty much complete” says Director Yoshi-P