The Centennial Case: A Shijima Story is a campy yet rather fun experience. 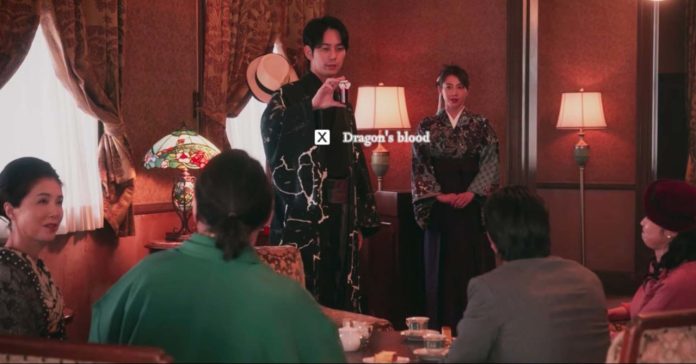 Murder, murder, murderrr! Well maybe not so much murder more of a homicide, but who know I’m no detective. But you don’t need to be one as you unravel secrets, expose evil plots and solve the case of the century with Square Enix’s The Centennial Case: A Shijima Story, a game with a mix of deductive and creative thinking.

Investigative games are not something new nowadays, but the Centennial Case makes use of Full Motion Videos throughout the entire game to convey its interactive narrative and some of the gameplay — an experience similar to an interactive film such as Black Mirror Bandersnatch where it pauses at certain parts and you, the viewer, are provided options that will shape the narrative, the next scene, and the future outcome of the story.

The game reminds me of the classic 80’s game called Clue VCR Mystery Game, a game during its time was quite innovative in my humble opinion. There, you are tasked to find out which killer killed who with what means and where. It makes use of full-motion videos to deliver its plot but lacks the kind of interactivity to influence its many pre-set murder mysteries. Although the technology it used can be considered as archaic by our present day standards, using a Video Cassette Recorder (VCR) to fast forward or rewind the tape to a certain timeline as per indicated in the plot book, although cumbersome it still is a good attempt as an video board game.

In Centennial Case: A Shijima Story you are the novelist Haruka Kagami played by Nanami Sakuraba (who happened to also be in the Attack on Titan live action film). The plot follows a series of mysterious and heinous crimes that happened throughout a century that are somehow related to the Shijima clan. The key aspects of the game are the dramatic performances of the actors and the overall mystery of the plot. I found the early cases easy enough to solve, but later on, I found myself thinking out of the box in solving these crime puzzles which I found enjoyable. 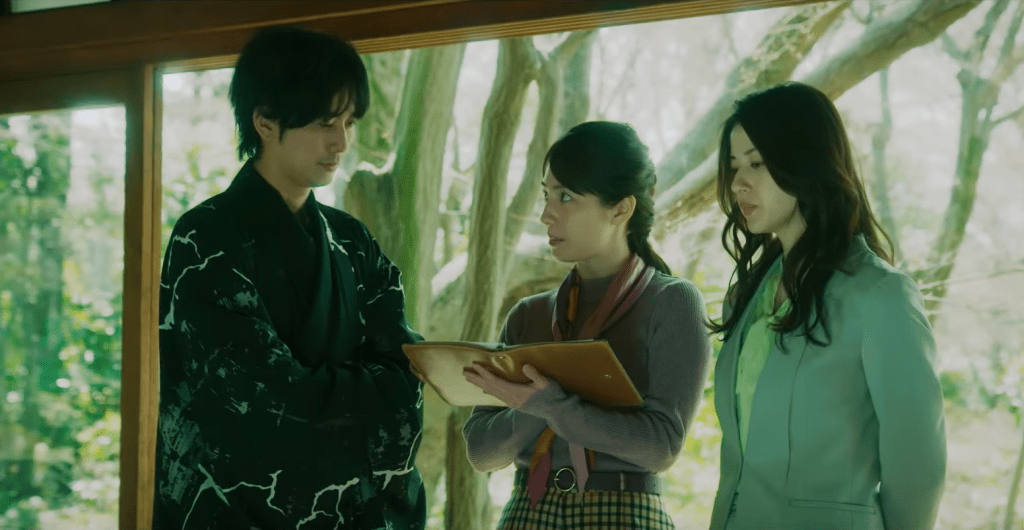 There is a fair level of campiness and clichéd moments in the game; from stereotypical characters to cheesy or over the top performances, and although some of the actor’s dramatization tend to lean to what viewers would normally judge as cringe, I found it quite entertaining. There were plenty of times I chose the wrong answers during the confrontation part of the game out of curiosity, just to see how the outcome would play out, after all it is all done in FMV and some are just cute and funny.

Clues are hidden and misdirection is everywhere. Some of your suspects may act too anxious or too relaxed, and the person that least likely to have perpetuated the act might just be that or not. From those shifty looks to those sweet innocent smiles, the cast plays multiple roles across the game, spanning from multiple time periods. I admit at first that it takes an extra healthy dose of suspension of disbelief with their approach, seeing one actor play a certain character in one chapter and see that person play a different character in succeeding chapters. Although the game has a compelling explanation why this is so, it does feel a bit forced, but it somehow it grew on me. I especially like Momo Asakura’s short but spirited showing in the game, but I found that the studio clearly underutilized her talent. And the same goes for Yuki Kaji with his boastful, attention grabbing performance along with some of the other actors, considering that the other talents are working on multiple roles in the game.

From set pieces to make up, costumes, music, and production design, the quality is good, but in my opinion it seems that they have taken some artistic liberties to deliberately make It look more PG. But I’m ok with it considering this is all part of a game that is easily available to kids.

As I previously stated, the plot takes place over a hundred years where some of the narrative is told through the perspective of our heroine Kanako as she investigates the mysteries surrounding the Shijima family, dating back to their long ago relatives of days gone. She does this through her meticulous research, fact finding, information gathering, but most of all reading. Lots and lots of reading. But good news for us players because its content will all be represented through the power of FMV story telling.

Each chapter is split into phases, the first one, the Incident Phase is where the chapter story unfolds where occasionally the game pauses and you are presented with options where you can choose a character’s next action.  The bulk of the game happens in the incident phases of each chapter. Here is where you find important clues, search for suspicious behavior, look for any criminal activity, and seek the necessary information to solve the crime. Next is the reasoning phase. Here in this phase you’ll be able to form your hypothesis and come up with your conclusion that supports your reasoning that will help break this case. 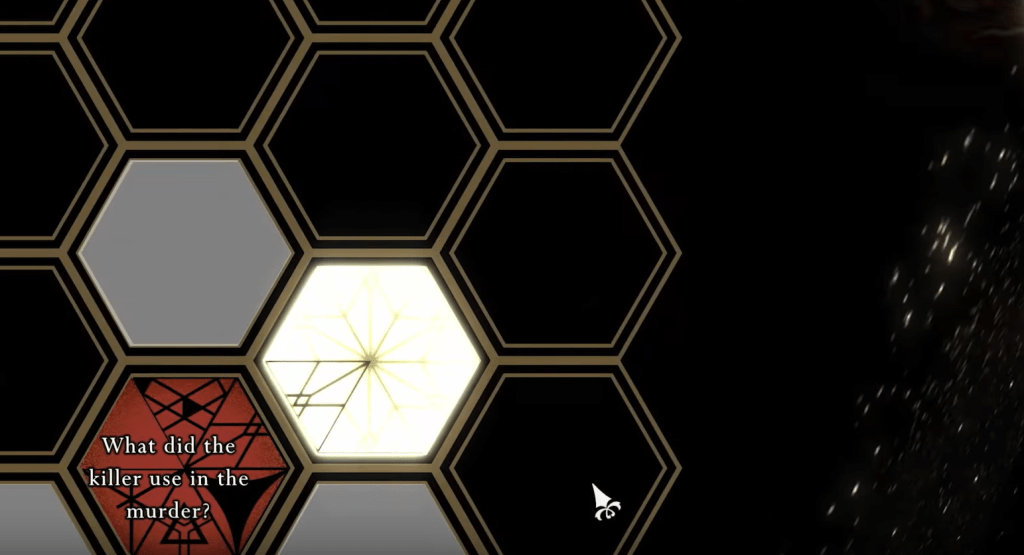 This is where the real gameplay comes in. Here you will pair up clues and mysteries through a hexagonal grid to come up with various hypotheses. You can also replay certain scenes of the current chapter that can help you or confuse you even more in deciphering motive and what really happened. This is where the game can throw a lot of crazy ideas out there meant sidetrack your investigation on what actually occurred, as well as motives which I found some to me entertaining due to how silly it would be if that were true. Then again I found myself bewildered with some of the correct answers when we move on to the big reveal.

The chapter will conclude with its final phase or the solution phase where you present your case and see if your hypotheses is correct. You will be making a series of choices, and depending on the number of hypotheses you came up with and if you got them wrong, the game can simply send you back to the reasoning phase where you can work out your hypotheses again. Oh and just to point out, if you are playing this on the Nintendo Switch, this game is best played on TV rather than on mobile and with subtitles on instead of the dub, unless you understand Japanese. 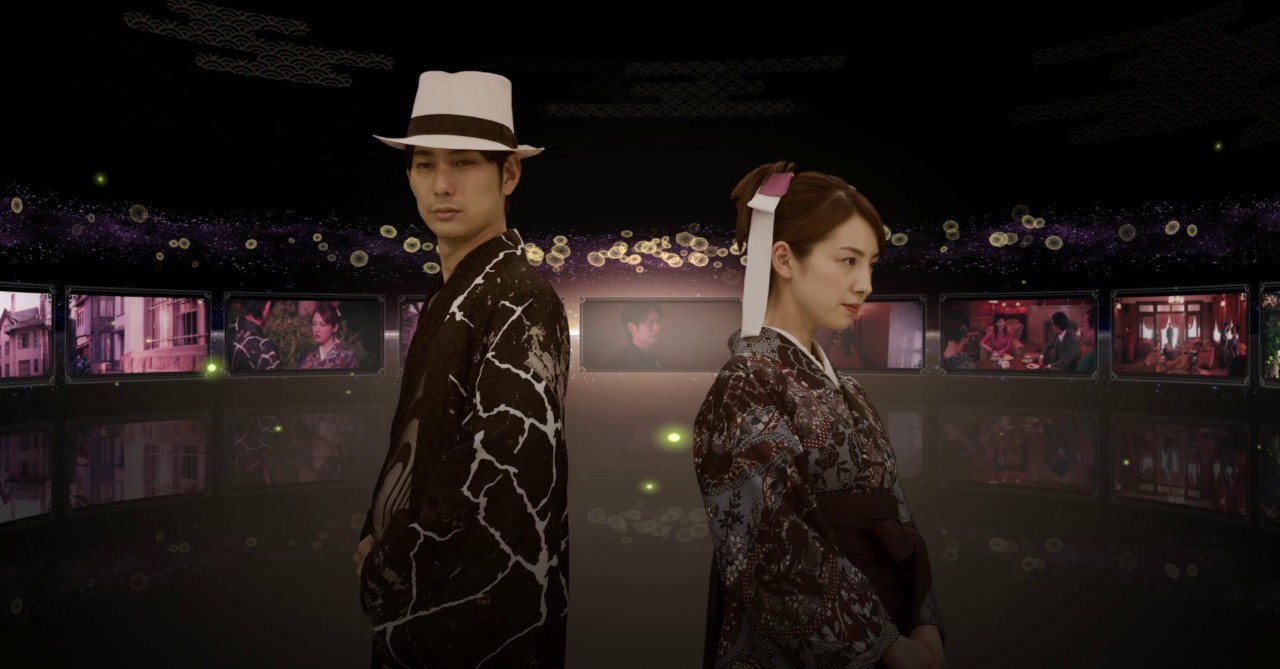 In conclusion the The Centennial Case: A Shijima Story with its lengthy FMVs and light gameplay doesn’t really feel much like a game but more of an interactive TV drama. I found myself engrossed with it, and I would say the experience is better if you have your family, friends or significant other with you as your group tackles the game’s unknowns and you all solve it together. I found the early chapters of the game’s mysteries easy to solve, but the later ones tend to throw curve balls which is good and made up for the slight lack of interactivity. Still, the game is entertaining overall, even if it might not be the most unique or memorable one out there.

The Centennial Case: A Shijima Story was reviewed on Nintendo Switch via a copy provided by the publisher.

Previous article
Here are the Baldur’s Gate 3 characters that will appear in Magic: The Gathering’s latest commander-focused set
Next article
Check out these new games available on Game Pass

If you like investigative dramas and are interested in something that's more interactive than your typical TV show, Centennial Case might be up your alley. The Centennial Case: A Shijima Story Review | Breaking this case wide open