‘Winnie the Pooh: Blood and Honey’ gives us a twisted new take on our favorite bear

A Winnie the Pooh horror flick is definitely something we didn't expect. 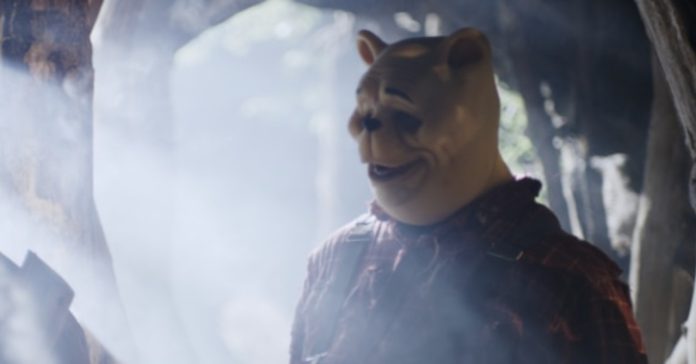 The Hundred Acre Woods take a nightmarish turn with Winnie the Pooh: Blood and Honey, a grisly retelling of A.A. Milne’s iconic character, Winnie The Pooh. This ain’t your usual Disney live-action flick. Not by a long shot.

From what we’ve got so far, the retelling gives off some major home invasion, psychological thriller vibes. The character masks are reminiscent of the 2008 film ‘The Strangers’, and as of late, ‘The Purge’ franchise. This chilling genre was put on the map by popular revenge horror 70s films like ‘Last House on The Left’ and ‘I Spit on Your Grave.’ The only difference here is we don’t know if vengeance is on the movie’s agenda. I suppose we’ll have to wait and see.

Funnily enough, the 1970s was also the time Winnie The Pooh rose to popularity. This was thanks to its earlier releases courtesy of Disney. Prior to being animated, English literary legend A.A Milne alongside illustrator E.H Shepard created the lovable iconic character we all know and love today. All things considered, it’s best to hang onto our childhoods, should we decide to catch this murder flick.

Winnie the Pooh: Blood and Honey is reportedly in post-production. Rhys Frake-Waterfield takes charge for directing and writing, while Amber Doig-Thorne, Maria Taylor and Danielle Scott round up the cast.

We’ll be keeping at least one eye open for any updates on this new horror film.