Get up to three free games with every purchase of an AMD Radeon RX 6000 Series graphics card! 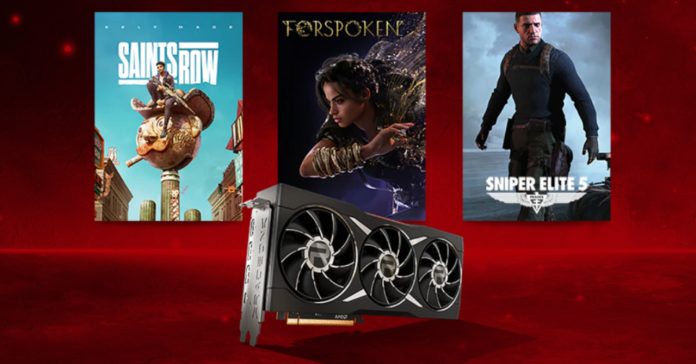 The AMD Radeon Raise the Game bundle is redeemable now, and it lets users get up to three free games with each purchase of select Radeon RX 6000 graphics cards.

Specifically, the games that are part of the bundle include Forspoken, Sniper Elite 5, and Saints Row.

Of course, these three games have yet to release, meaning users who purchase an RX 6000 series GPU will get these as they release. Though the redemption portal for the AMD Radeon Raise the Game Bundle is now live.

Firstly, buying any of these GPUs will let you redeem all three titles:

Next, getting any of these listed graphics cards will let you redeem Forspoken and Saints Row:

For the full terms and conditions, or to redeem game codes, visit the AMD Rewards page.