‘Everything Everywhere All at Once’ Philippines cinema release date announced 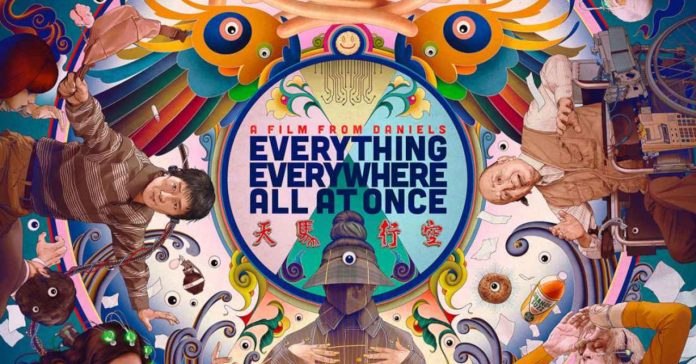 Here’s some great news for all movie lovers — Everything Everywhere All at Once is releasing in cinemas in the Philippines later this month!

Specifically, this highly-anticipated film will release in PH cinemas on June 29, 2022. The film’s release date was announced by TBA Studios which will also handle the movie’s distribution in the Philippines.

While the film is scheduled to release on the 29th, there’s currently no word yet on which cinemas the movie will release in, and for how long it will screen in theaters.

In case you’re unfamiliar with the movie, Everything Everywhere All at Once is a film directed by Dan Kwan and Daniel Scheinert (aka The Daniels) and produced by A24 (the company behind Get Out, Midsommar, and more). The movie has been praised by critics and moviegoers alike for its unique take on the multiverse along with its genre-bending adventure.

The film’s story follows Evelyn Quan Wang, a Chinese-American laundromat owner who is being audited by the IRS. There, she discovers that she must connect with other versions of herself from across the multiverse in order to prevent a powerful being from causing the multiverse’s destruction.

Given how popular multiverse’s are in media now (just look at the MCU), Everything Everywhere All at Once has been praised for being a breath of fresh air.