From the Street Fighter 6 to Final Fantasy 16, here are all the announcements at the latest State of Play. 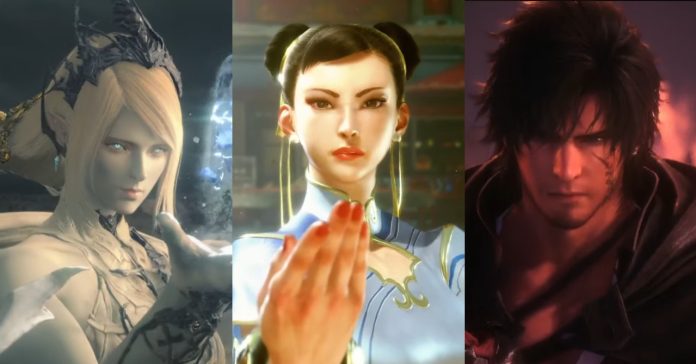 The recent PlayStation State of Play for June 2022 featured some big reveals of upcoming PS5 games. And while it was only 30 minutes long, lots of major trailers were released, from the Resident Evil 4 Remake to Street Fighter 6.

In case you missed it, here are all the announcements and trailers shown at the June 2022 State of Play:

PlayStation kicked off State of Play with Resident Evil 4 Remake which releases this March 2023.

The State of Play also revealed several PlayStation VR2 games, the first of which is Resident Evil Village.

Next is the second chapter to Skydance Interactive and Skybound Entertainment’s Walking Dead VR game.

No Man’s Sky was also revealed to get a PS VR2 treatment.

First announced back in January, PlayStation finally gave us our first look at Horizon Call of the Mountain gameplay. Along with this, a big update for Forbidden West was also announced, and it features enhanced New Game+, an Ultra Hard difficulty, and more.

Insomniac Games’ Spider-Man Remastered is finally getting a PC release this August, as revealed during the recent stream.

Stray got a new trailer at the State of Play stream, along with a July 19 release date for PS5 and PS4.

The Callisto Protocol got its gameplay reveal at the stream, and it will release on PlayStation this December.

From the creators of OlliOlli World comes Rollerdrome, a unique rollerblading action game releasing on August 4.

Another big highlight of the State of Play is the official Street Fighter 6 trailer which shows off new looks for Chun-Li and Ryu, as well as first look at gameplay.

Tunic is an indie “isometric action game about a small fox on a big adventure” which will release on PS5 and PS4 on September 27.

Season: A letter to the future.

Another indie game revealed at State of Play is Season: A letter to the future. which releases on PS5 and PS4 soon.

To cap off State of Play, PlayStation showed off a new trailer for Final Fantasy 16 which not only gave us our first look at gameplay, but also revealed the Summer 2023 release window.

Want to watch the full State of Play stream? You can check it out in full here:

- Advertisement -
Previous article
Marvel’s Spider-Man Remastered is coming to the PC this August
Next article
Diablo Immortal: System Requirements for Mobile and PC