The new budget smartphone to beat? 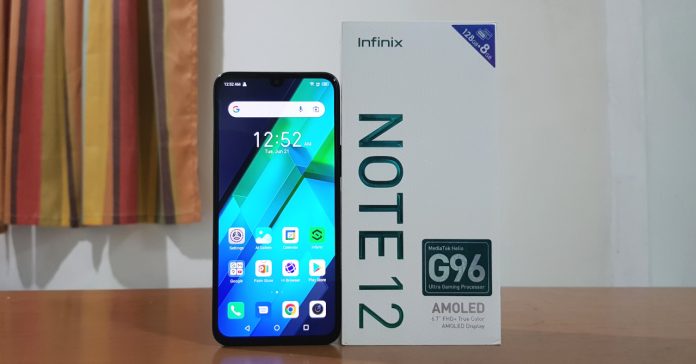 Recently, Infinix launched the Note 12 in the Philippines, and it is a promising budget smartphone given its impressive specs for the price tag.

While there’s a Note 12 version that’s powered by a Helio G88 processor, this specific Note 12 that Infinix released in the Philippines is powered by a MediaTek Helio G96 processor. This version also features a triple camera setup with a 50MP main camera, as well as a large 5,000mAh battery.

The biggest thing about the Note 12 though is its price. This phone’s 128GB variant is priced at only PHP 8,999. Given that the Helio G96 is a capable smartphone processor, the Infinix Note 12 is definitely a great smartphone when you look at the specs sheet.

But what about in actual use? Does Infinix’s new budget smartphone deliver? Here’s our review. 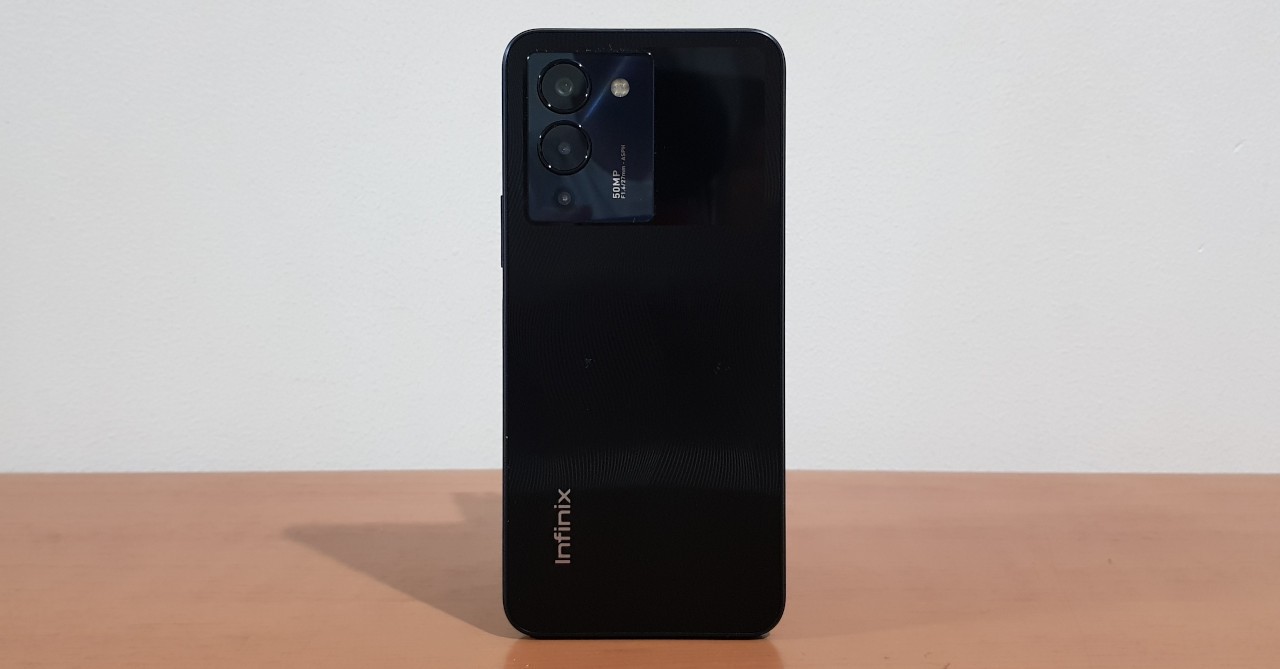 Before we test out the phone’s performance, let’s first check the phone’s looks. The Note 12 version we got to review was in the black colorway, and it features a small Infinix logo on the lower left, as well as the triple camera module on the back. 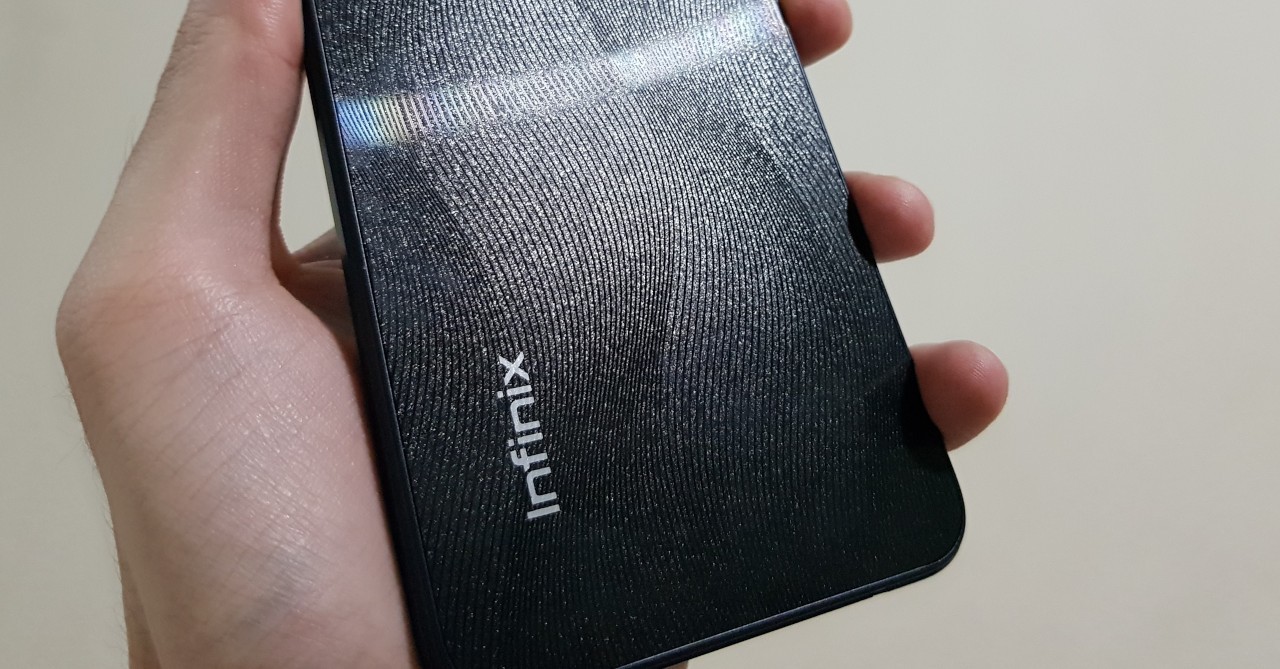 The Note 12 may look like a plain black phone from the back in photos, but upon closer inspection, you’ll see that it features a unique finish that gives it some extra style points. It also helps that the phone’s back is not a fingerprint magnet (except for the upper part near the camera module), meaning you can use this without a case if you prefer. Though if you ask us, we still prefer having the included case on for more grip and for extra protection.

One thing to note about the new Infinix phone is that the in-and feel doesn’t exactly scream premium. Of course, that’s not to say that it’s a cheap-feeling device. It’s just around what you’d expect for a budget device. 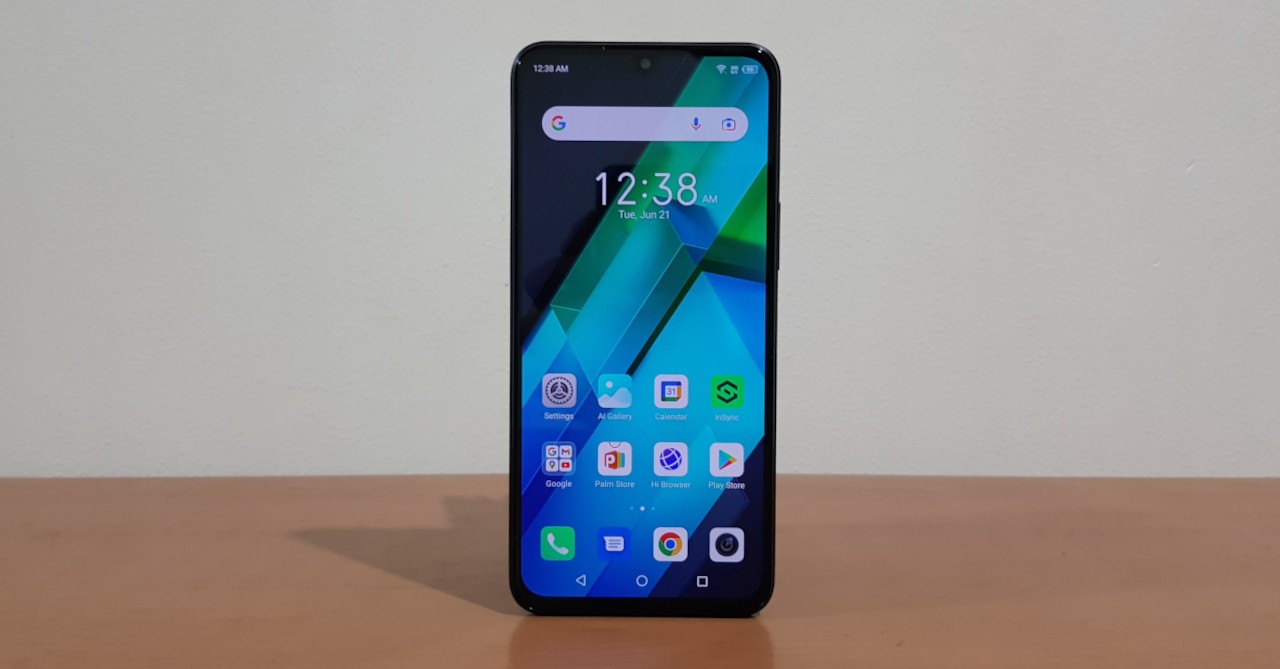 Moving to the front, we have the Note 12’s large 6.7-inch display. Other budget phone feature smaller screens, so it’s nice to see that Infinix didn’t cheap out on the screen in terms of size, as well as in quality (as we’ll discuss in the next part of this review). 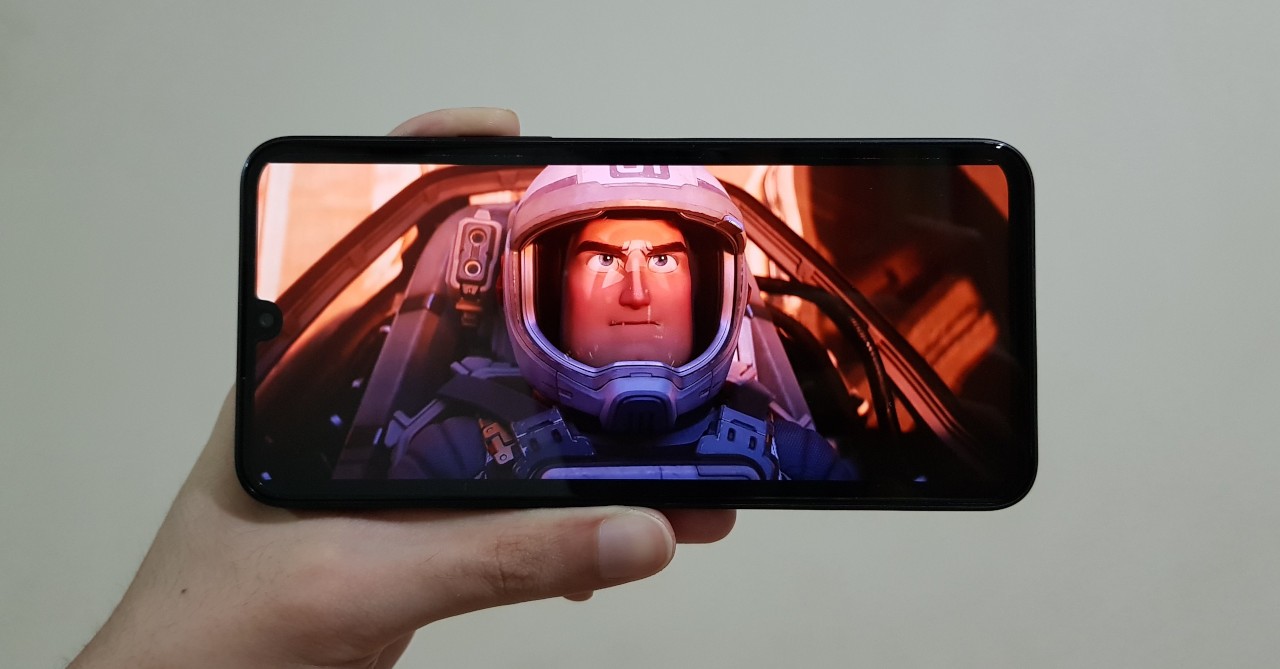 The 6.7-inch display on the Note 12 features a FHD+ (1080p) resolution, and it is an AMOLED panel. Thanks to this combo of high resolution and an AMOLED panel, the Note 12’s display is great for watching your favorite movies, shows, and anime. The screen has sharp out put with vibrant colors and deep blacks, especially when compared with other budget phones that only feature LCD displays. So, if you like watching movies/shows on-the-go, the Infinix Note 12 won’t disappoint especially given its price point.

For sound though, you’ll want to make use of the 3.5mm headphone jack to connect a headset or external speakers for the best binge-watching experience. This is because the Note 12’s onboard speakers are only okay when it comes to audio quality, with audio sometimes sounding tinny. Though kudos to Infinix for including a stereo speaker setup, a feature that you only typically get with higher-end phones.

As mentioned above, the Infinix Note 12 is powered by MediaTek’s Helio G96 processor, and it is paired with 8GB of RAM. While the Helio G96 is a fairly old processor at this time, it should still be capable of running today’s popular games smoothly.

In our test, the Note 12 indeed was able to run popular MOBAs and shooters. For example, Wild Rift ran at a smooth 60FPS on the Medium graphics quality setting, and it was able to sustain this framerate throughout matches.

One thing to note though is that the Infinix Note 12’s screen is only 60Hz, so it won’t be able to run select games at above 60FPS. While it would’ve been nice to see a high refresh rate screen, it’s understandable that the phone has a 60Hz display to keep its price down.

Before we get to camera image quality, we should note that the Note 12 has a QVGA camera as its third shooter. If you are unfamiliar, a QVGA is a low resolution camera, and we don’t know what it’s used for on the Note 12 (possibly included just so the phone can have “triple rear cameras”). Given this, in actual use, the Note 12 essentially has a dual rear camera setup.

While the Note 12 may lack an ultrawide or a macro, the 50MP main camera is able to deliver quality photos outdoors in daytime and indoors. Images taken in these situations have good colors and a fair amount of detail.

At night, there is a dip in image quality when capturing photos with the Auto Mode. But with Night Mode, images turn out brighter and with more detail. Though we wish that Infinix can tone down the Night Mode’s image brightness as some photos can seem a bit unnaturally lit in this mode.

For selfies, the 16MP front camera is able to capture good quality images that should be fine for most users. As for the 2MP depth sensor, this shooter lets the phone capture decent portrait photos when using the rear cameras.

For everyday use, the phone’s Helio G96 processor lets the Note 12 run smoothly and without any issues. So, for your browsing, social media, and email needs, the new Infinix budget phone will not disappoint.

Though I do have two things that can be improved, and the first of these is the OS. The Note 12 runs on XOS 10.6 based on Android 12. While usability is fine if you’re used to Android phones, the Note 12 has an annoying amount of notifications and pre-installed apps when you first use it. While you can turn off the notifications and remove some of the installed apps, it is a hassle to be greeted with these when you first open the phone.

The other thing is the side-mounted fingerprint scanner. While I liked how responsive it is at detecting fingerprints, its placement feels a bit too low. Because of the placement, I keep on trying to accidentally unlock the phone when I’m just putting it down or inserting it into my pocket. It would’ve been much better if the fingerprint scanner was placed a bit higher on the right side to alleviate this issue. 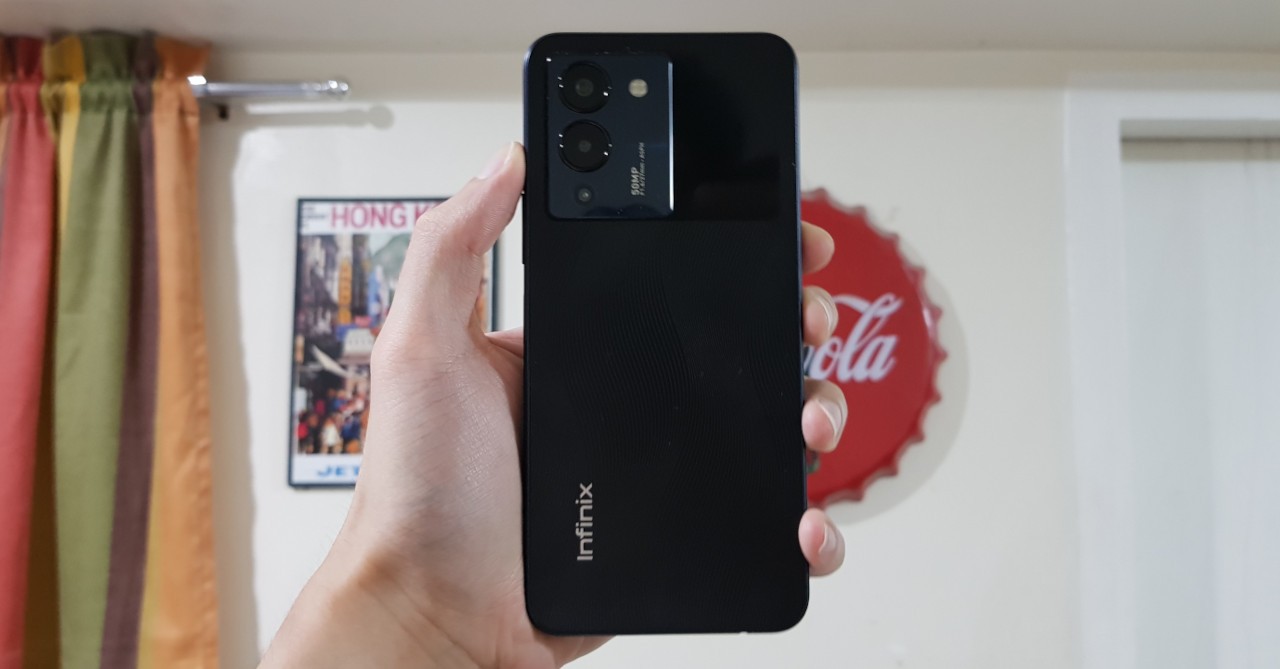 While I mentioned things that I didn’t really like about the Note 12, I can say that I liked how long the phone can last. Thanks to the 5,000mAh battery, the Infinix Note 12 is able to last for around a day or even more of use, even if you play games for a couple of hours. And if you need to fill up, the phone has 33W fast charging so you won’t have to wait too long to charge it to 100%. 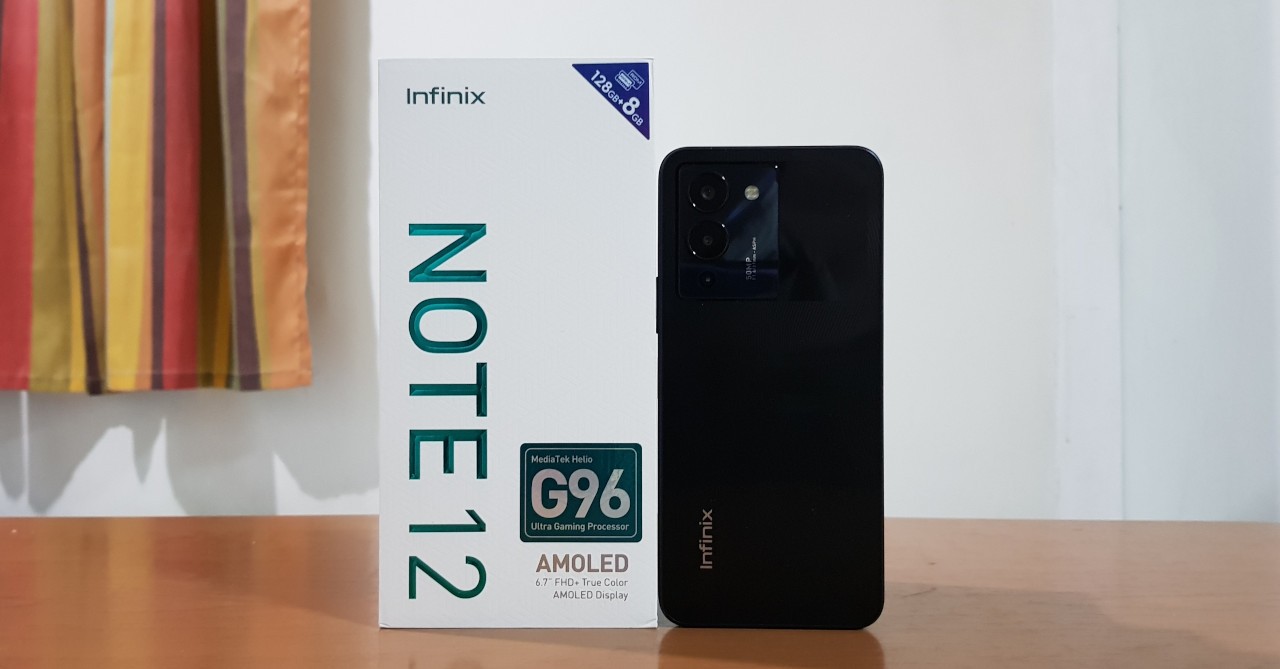 Overall, the Infinix Note 12 is a budget smartphone that doesn’t disappoint when it comes to gaming performance, display quality, and battery life. The rear camera quality is not too shabby either.

Though there is some room for improvement here, especially when it comes to the fingerprint scanner placement and OS bloat. Plus, it would’ve been nice to see at least an ultrawide camera for its rear shooters. But at the starting price of PHP 8,999, the Note 12 is worth picking up for users who value having good gaming performance and a great display without spending a lot.