Lightyear is a fun sci-fi adventure for the whole family. 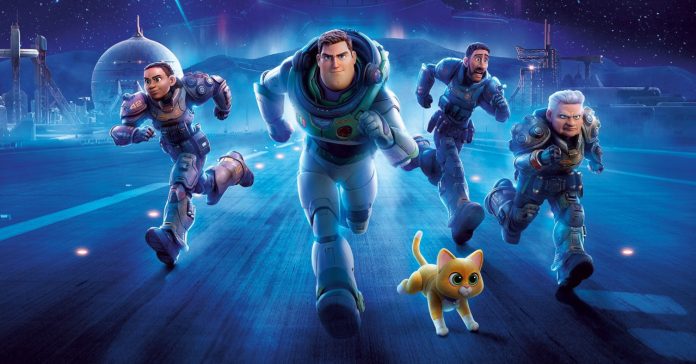 Lightyear is Pixar’s newest movie, and it’s a spin-off of the Toy Story series starring, well, Buzz Lightyear of course. But this movie’s Buzz isn’t the same as the one in Toy Story because this Lightyear is not a toy. Instead, this movie tells the story of the actual Buzz that the toys in the Toy Story universe are modeled after.

To give you a better idea, think of Lightyear as the movie that Andy in Toy Story watched and inspired him to ask his parents for a Buzz Lightyear toy; so it’s sort of a movie within a movie in that regard. But that’s not all there is to this new Pixar movie as Lightyear is also Pixar’s love letter to classic 70s and 80s sci-fi movies, both in terms of its look and its story.

So, did Pixar succeed in giving us a great sci-fi story about the iconic Space Ranger? Here’s our review of Lightyear!

[NOTE: This is a non-spoiler review]

Sci-Fi with a Pixar Heart 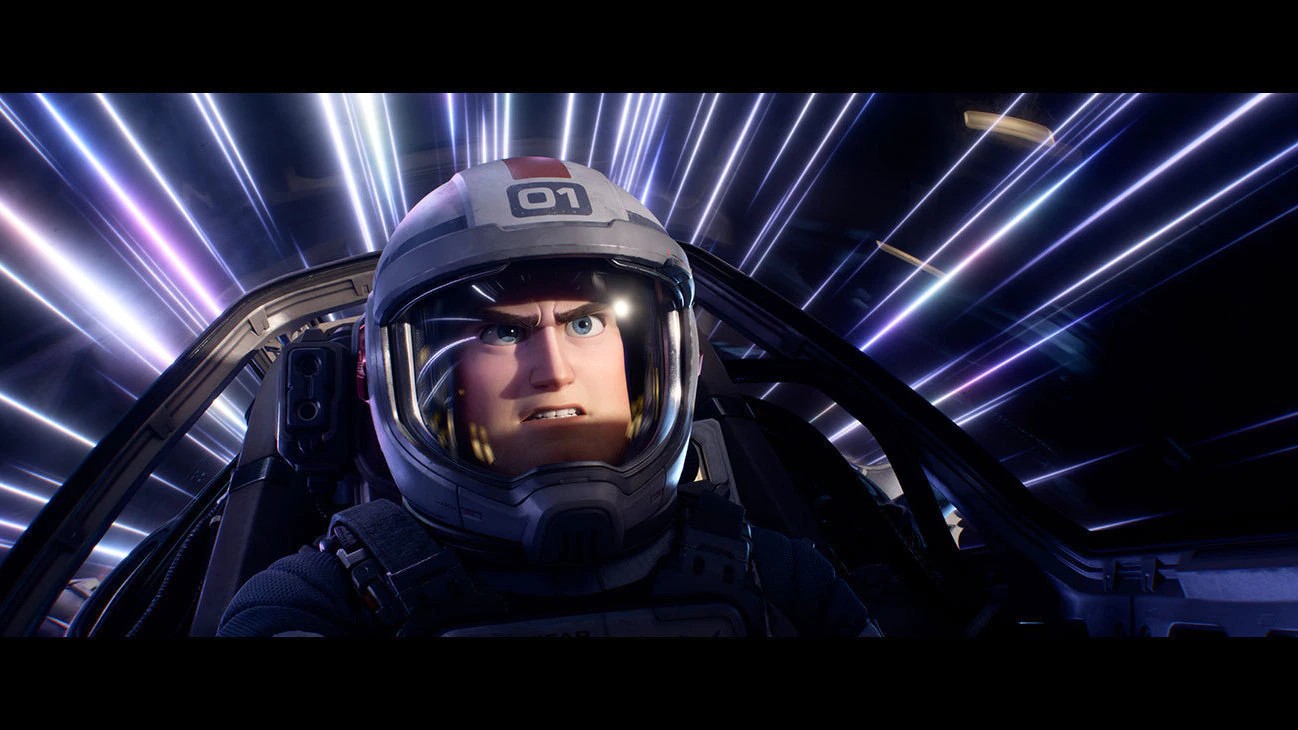 The movie follows Buzz as him and his crew get marooned in a hostile planet that’s 4.2 million light years from Earth. It’s tough to share more about the story without getting into spoiler territory, but what I can say is that the movie’s plot hinges on a sci-fi concept that you would expect from a big-budget movie like Interstellar. Specifically, Lightyear’s story is driven by the time dilation effect of light speed travel.

As a fan of sci-fi movies and books, I was surprised that the movie integrated this concept given that it can seem quite complicated for kids. Though I found that the folks over at Pixar were able to explain the concepts well enough that even kids should understand it. In fact, I’d say this movie is a great introduction to more “hard sci-fi” works. Though there are some elements that I think could’ve been explained more, but they don’t impact the story all that much.

Speaking of story, Lightyear tells an entertaining one filled with lots of action and laughs, along with some more contemplative scenes that allow the characters to develop. The story is not perfect though as I found that some parts of the final act weren’t fully fleshed out, and the villain in Zurg could’ve been given more screen time. 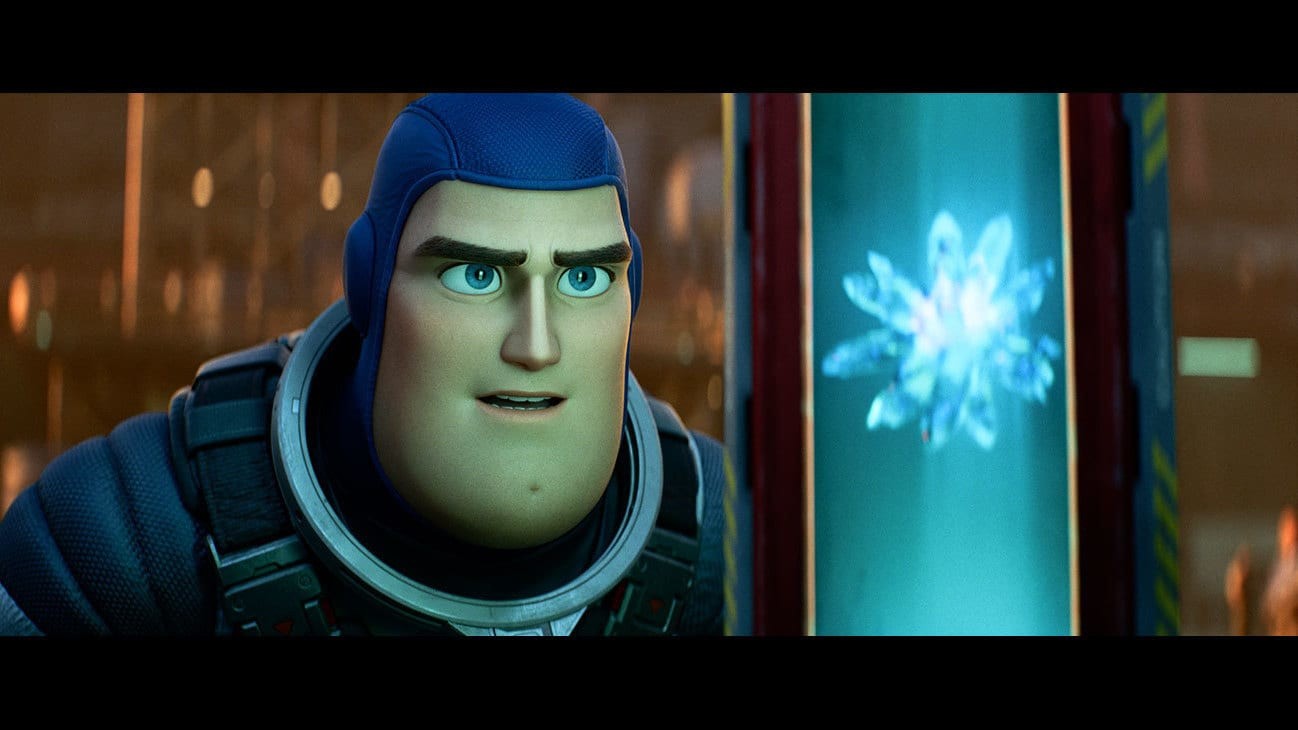 Still, even if the some story moments didn’t land that well, Lightyear is still a solid movie in this regard. It also helps that it features a strong theme and message at its core.

Most, if not all Pixar movies have a message or theme that they tell, whether it’s Inside Out on how we process emotions or Wall-E with its critique on our impact on the environment. Lightyear is similar this regard as it does have what I think is an important lesson (which I won’t share to keep your viewing experience as spoiler-free as possible), especially for kids, and possibly even adults. While it’s never preachy about it, the message of the film is conveyed clearly and with a lot of heart. 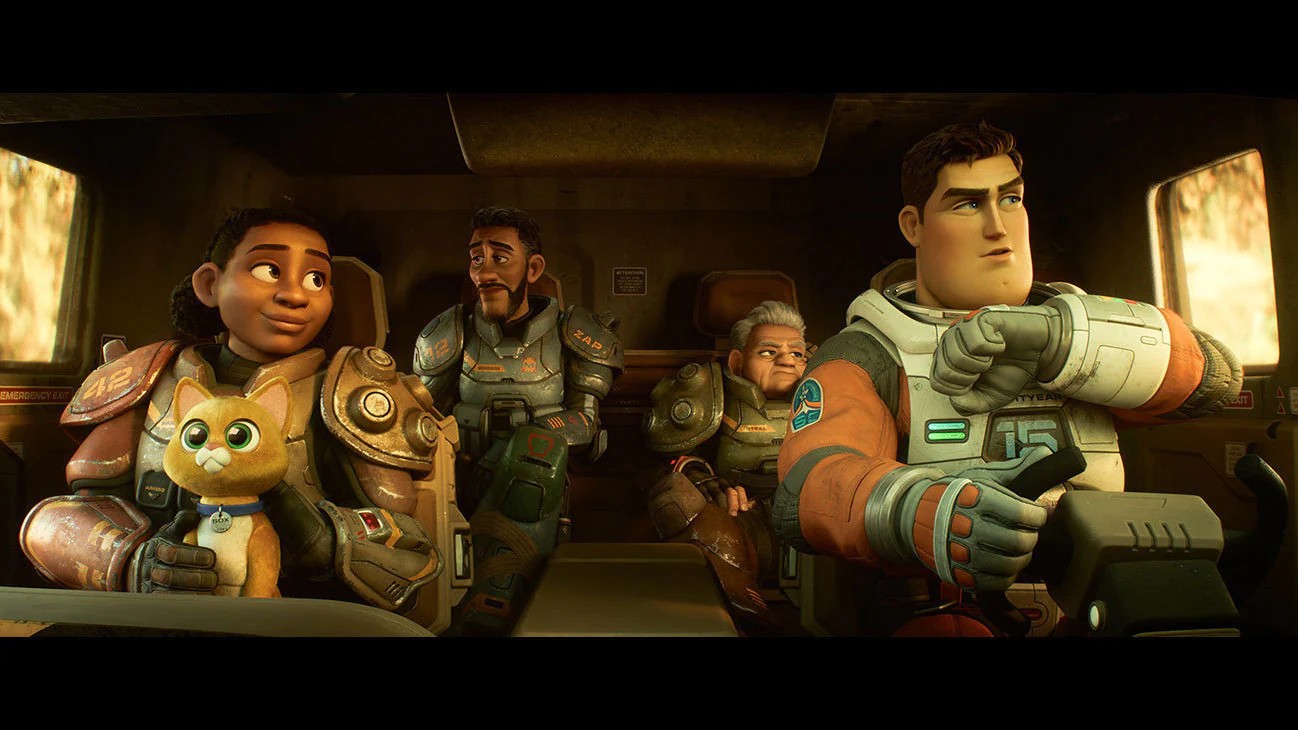 What also has a lot of heart is the film’s cast of character. Of course, Buzz Lightyear is the highlight of the cast; it is his movie after all. This version of Buzz is true to the one we know and love from Toy Story, all while having his own identity in a way.

Chris Evans’ portrayal of Buzz was also great. I’ll be honest, I wasn’t the biggest fan of the choice of getting another voice actor for Buzz. But during the movie, I found that Evans definitely got Buzz’s voice and mannerisms right while still being unique.

Alongside Buzz, the other characters were also lots of fun to watch on screen. It also helped that the actors who voiced them were great, including the likes of Keke Palmer, Taika Waititi, and Dale Soules. 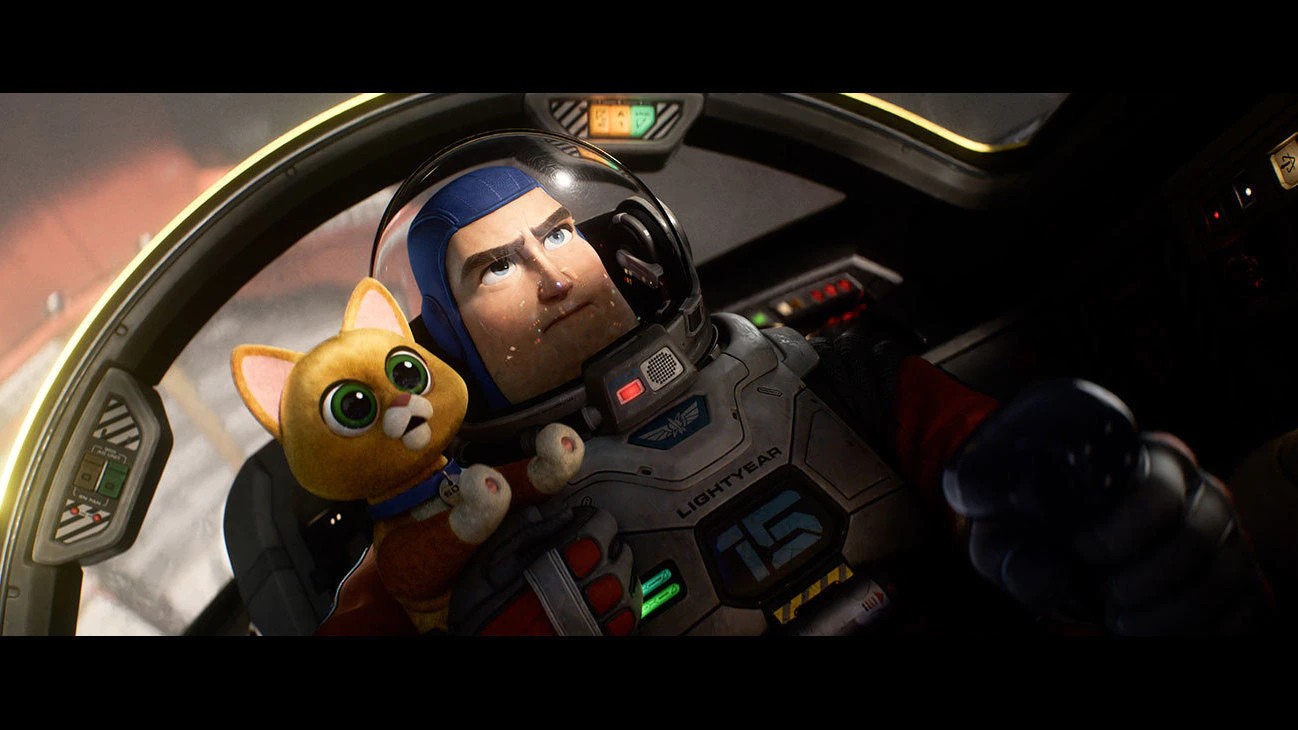 If you ask me though, aside from Buzz of course, it was the robotic cat Sox that stole the show. Sox was just incredibly cute and endearing throughout the movie. While I though that his cuteness will wear thin after a while, I found that I couldn’t get enough of him, and I can’t wait to rewatch his scenes when I can. 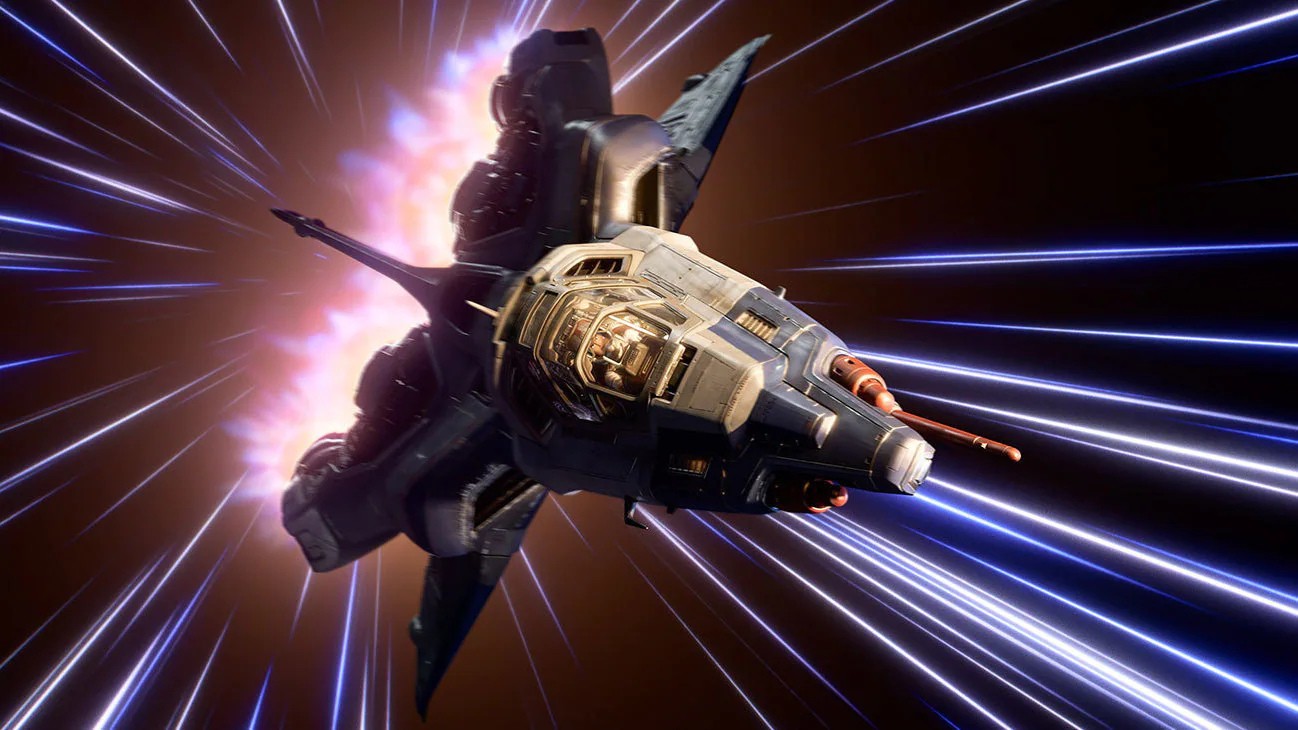 Lightyear is a visual treat with impressive animation to boot, though this shouldn’t come as too much of a surprise as you can say this for practically every Pixar film (how do they keep doing it?). But what I can say that’s unique for this movie is how much I liked the grounded or slightly realistic sci-fi look of it. From the ships to the weapons, Lightyear is definitely something you’d appreciate visually if you’re a fan of classic sci-fi movies.

The way the movie was shot also evoked sci-fi classics. Even if it’s an animated movie, it has the look of an actual film that was shot with real cameras and lenses, at least in certain points. 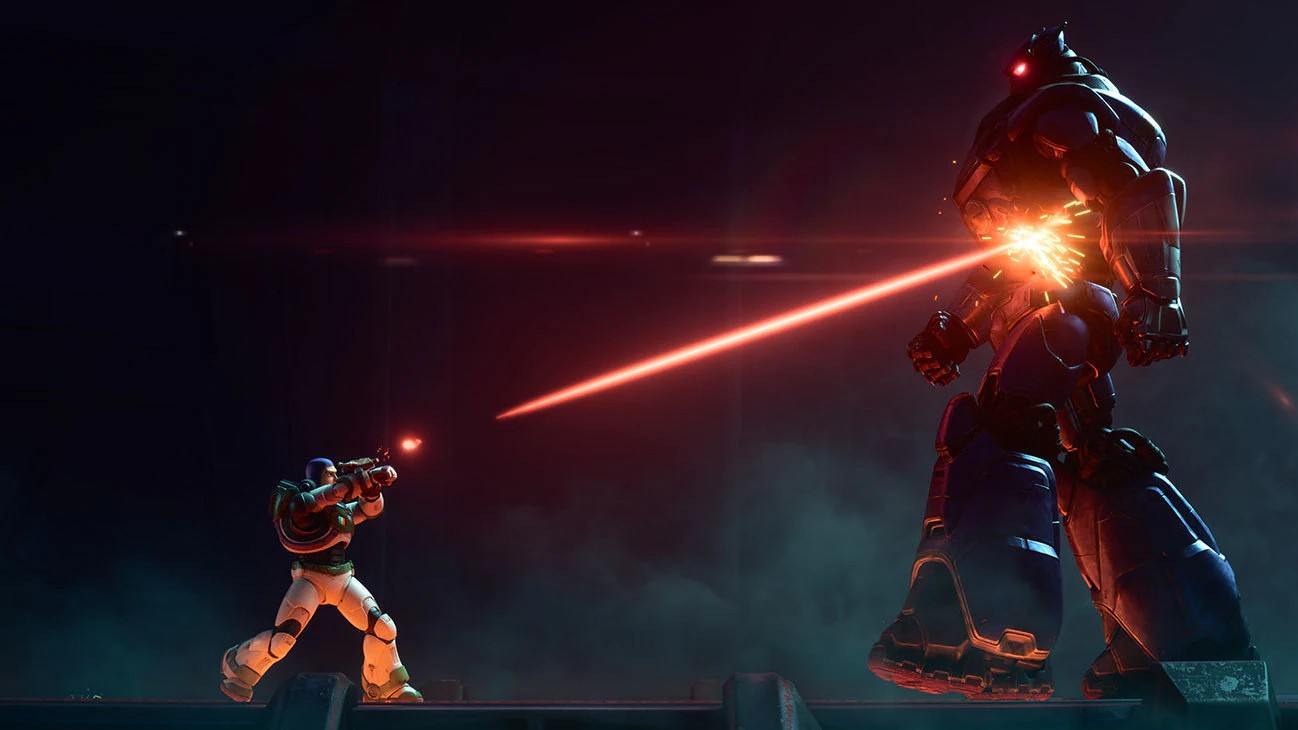 If you’re planning on watching the movie in cinemas, you may want to consider an IMAX screening. Lightyear features over 30 minutes of IMAX-formatted footage, meaning if you watch it on an IMAX screen, several key sequences in the movie will use the whole screen which equals to a 1.90:1 aspect ratio. The rest of the film meanwhile has your typical 2.39:1 widescreen aspect ratio.

While it may seem like a small change, the taller aspect ratio for several sequences (including key space scenes) gave the movie a bigger scale which I enjoyed in my IMAX screening. If you’re lucky enough to live near an IMAX screen with a massive square-ish screen, you might even get to watch these sequences in the full IMAX 1.43:1 aspect ratio. 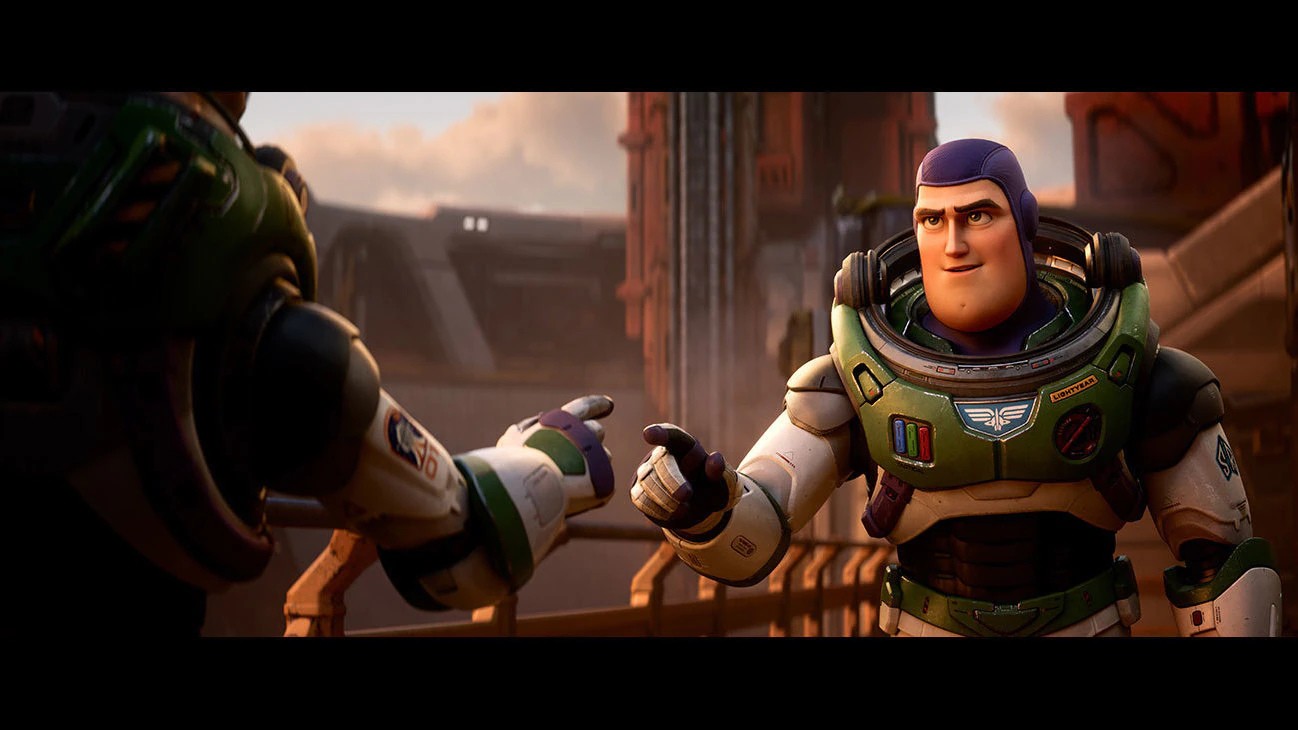 Thanks to its classic sci-fi story, great cast of characters, and impressive visuals, Lightyear is a fun animated adventure for the whole family. While it may not be on the level of Pixar’s masterpieces given some of the story elements that did not lad well, it makes up for it with a relevant message that’s told with a lot of heart. Overall, Lightyear is well worth watching in cinemas.