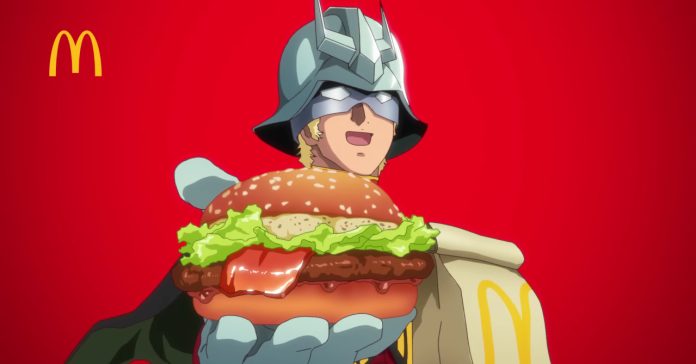 Along with the four burgers, the McDonald’s Char Aznable menu also features McFizz Red Energy Flavor and McFloat Red Energy Flavor drinks. Both the drinks and the burgers will come with special Gundam-themed wrappers and cups:

To go along with the new menu, McDonald’s Japan announced a special promo for customers where they can win a McDonald’s Gundam gift card worth JPY 1,000 by Tweeting about the new Char Aznable menu. 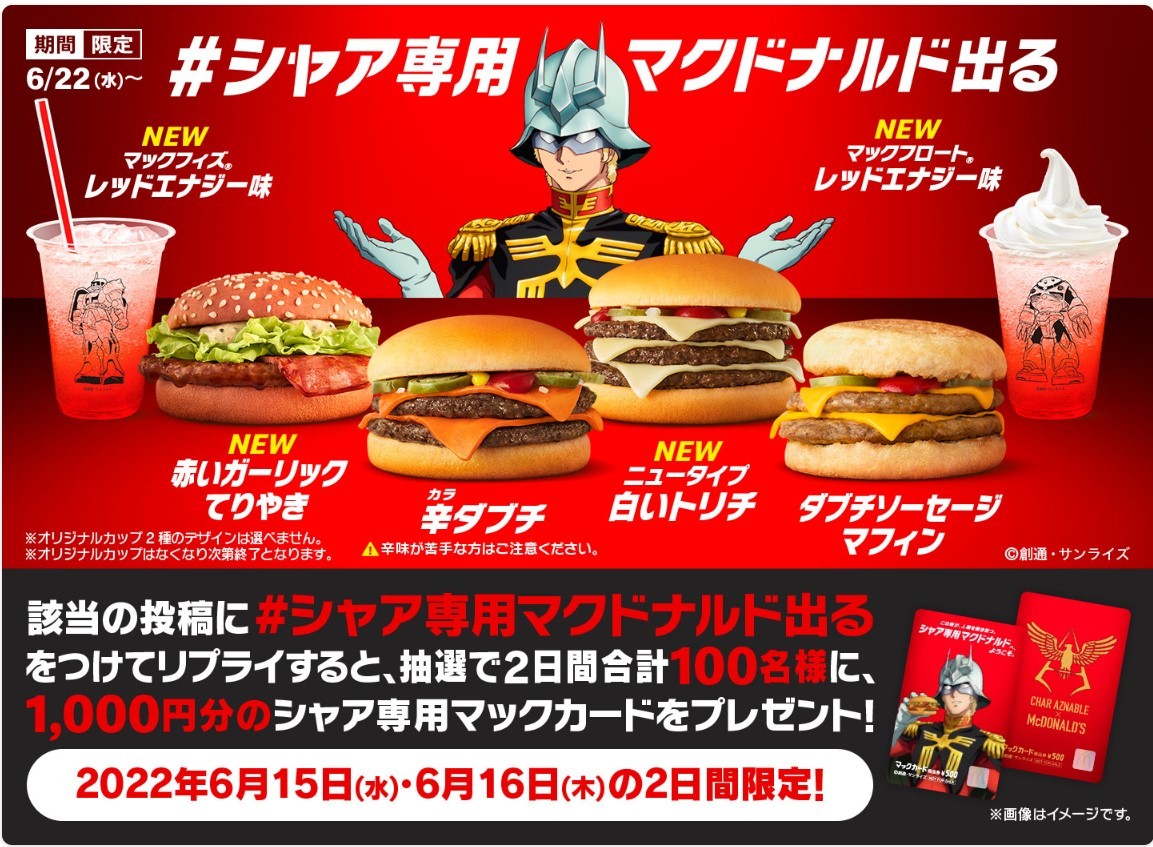 The special McDonald’s Japan menu will be available from June 22 to late July.

This isn’t the first time that McDonald’s in Japan collaborated with a popular anime or movie. For example, the fast food giant teamed up with the likes of Demon Slayer last year. While not exactly anime, McDonald’s Japan also released an Ultraman menu earlier this year.