Outriders is free-to-play now until June 24

You can try out Outriders for free right now on Steam! 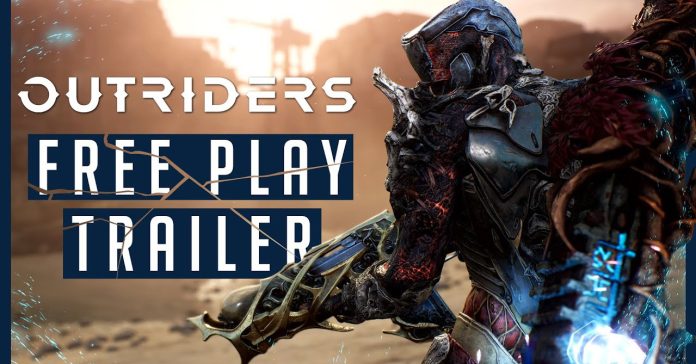 Square Enix has announced that Outriders is free-to-play on PC via Steam right now until June 24, 2022 in Asia (until June 23 in the West).

With this, players who are interested in trying out Outriders can get to do so without spending a single dime. The free play session of the game will let players experience the full game, complete with cross-play with consoles. On top of this, progress during the free-to-play days will carry over if you purchase the game.

This upcoming free-to-play session for Outriders is being done ahead of the upcoming Worldslayer expansion which will release this July.

Outriders: Worldslayer is described as:

Take your existing Outriders to new levels of power as you journey deeper into Enoch, or use the character boost to create a new level 30 Outrider geared up and ready to face off against the powerful Altered – Ereshkigal.

With new horrors to challenge you and new weapons, mods and gear to discover, you’ll be further developing your build through the new PAX class trees, the long-term progression Ascension System and the game changing third mod slots found only on Apocalypse Gear.

Survive the campaign and continue to push through the new Apocalypse difficulty tiers as you face even greater horrors in the Trial of Tarya Gratar, the brand new endgame.