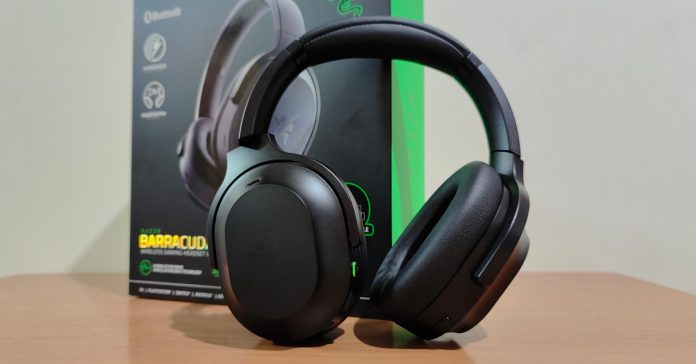 Recently, Razer launched its new line of wireless gaming headsets, including the Barracuda Pro. This wireless headset is a sleek and premium audio device that seems to be Razer’s answer to the likes of the Sony XM4.

While the Barracuda Pro is positioned firstly for gaming, it is also designed to be a hybrid headset that promises great audio for both gaming and music, whether it’s on your PC, mobile phone, or console. Aside from quality audio, Razer promises that the Barracuda Pro will deliver a comfortable fit, good noise cancelation, and long battery life, among others. Though the Barracuda Pro does come with a premium price tag].

So, does Razer’s new gaming headset warrant its premium pricing? And does it truly deliver great gaming/music audio for a wide range of devices? Find out here in our Razer Barracuda Pro review. 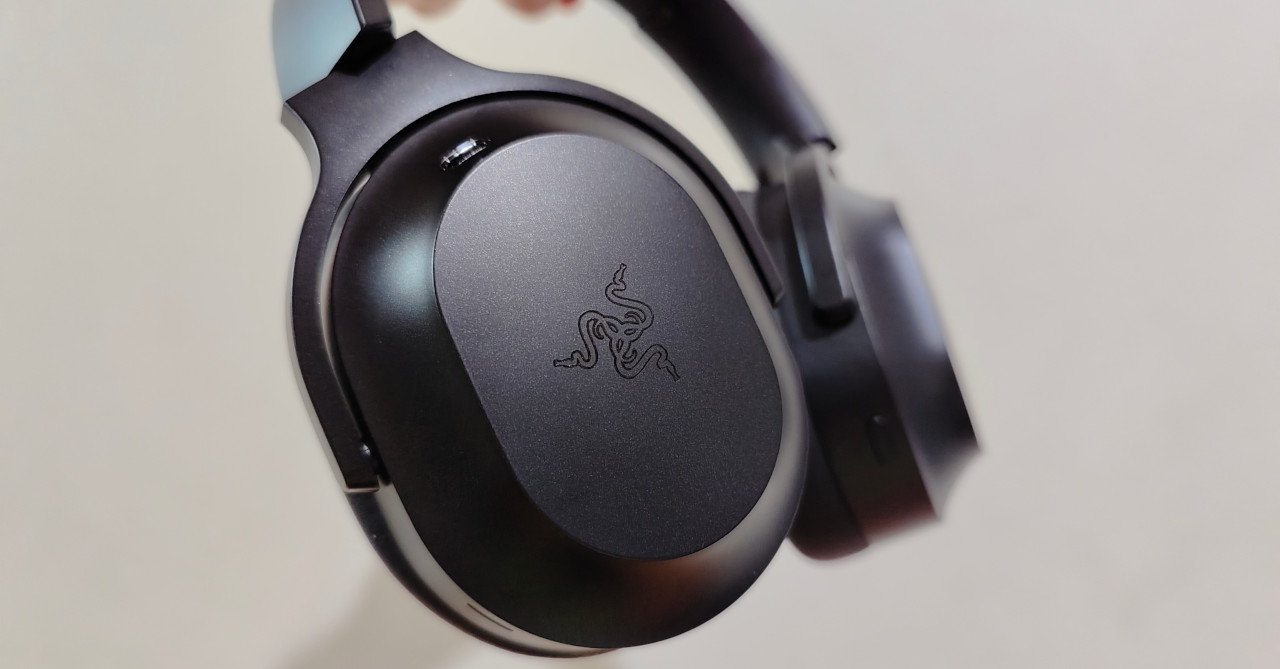 Unlike Razer’s wired gaming headsets, the Barracuda Pro has a decidedly more low-key look with its all-black color scheme and with no RGB lighting in sight. Even the Razer branding is subtle as the Razer logo on the earcups are quite subtle. If you want a headset that will make you stand out, the Barracuda Pro isn’t it. But if a blee and subtle headset is what you’re looking for, the Barracuda Pro will definitely fit the bill. 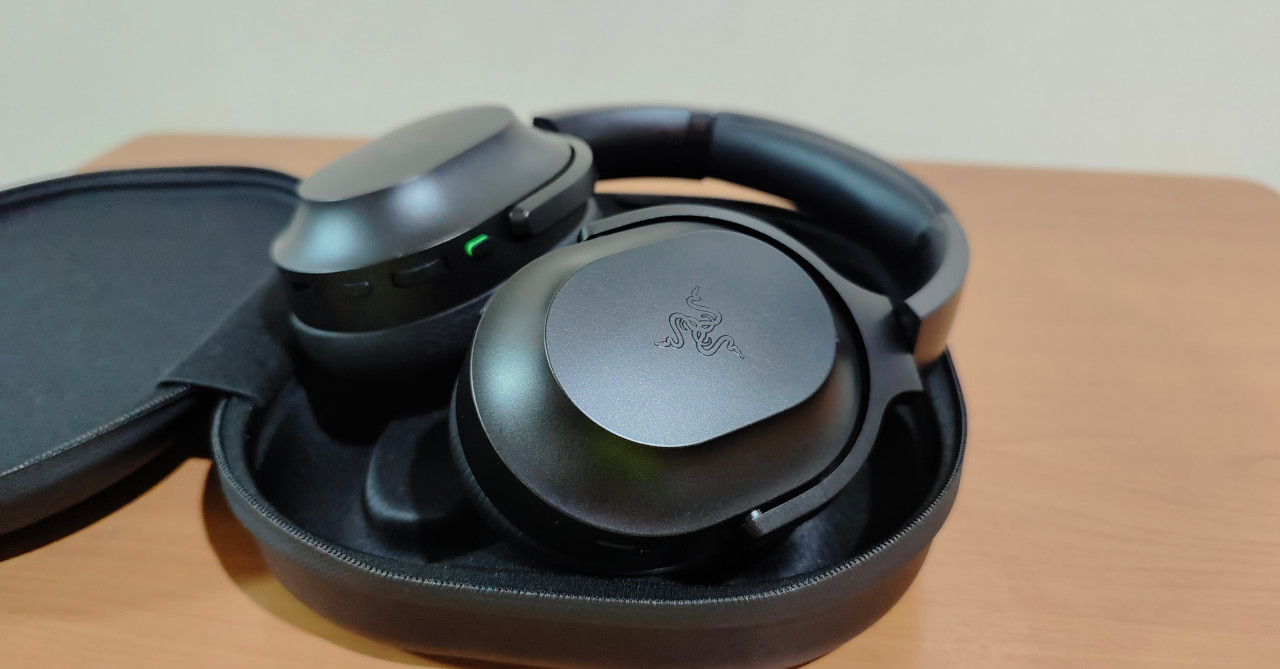 Aside from looking great (at least for us), the Barracuda Pro also feels solidly built. While we didn’t handle it roughly, it does seem like it’ll stand up well to everyday use.

As for fit and comfort, the Barracuda Pro is quite a comfy headset thanks to the plush leatherette earpads and headband cushion. While it is a bit on the heavier side compared to wired headsets, I still found it comfortable to wear for hours without hurting my head/ears. One thing to note is that if you’re using it in a warm environment, the earpads and earcups aren’t exactly breathable. Not uncomfortably so in my case, but sill worth noting.

Now we move on to sound quality — the most important aspect of any headset. To start with, I’ll talk about its quality for gaming.

It also helps that the headset supports both Bluetooth and 2.4GHz connectivity via a Type-C dongle. Thanks to the 2.4GHz connection, you won’t experience any noticeable audio delay when gaming. The dongle is also compatible with Type-C smartphones, making the Barracuda Pro a solid headset for mobile gaming. 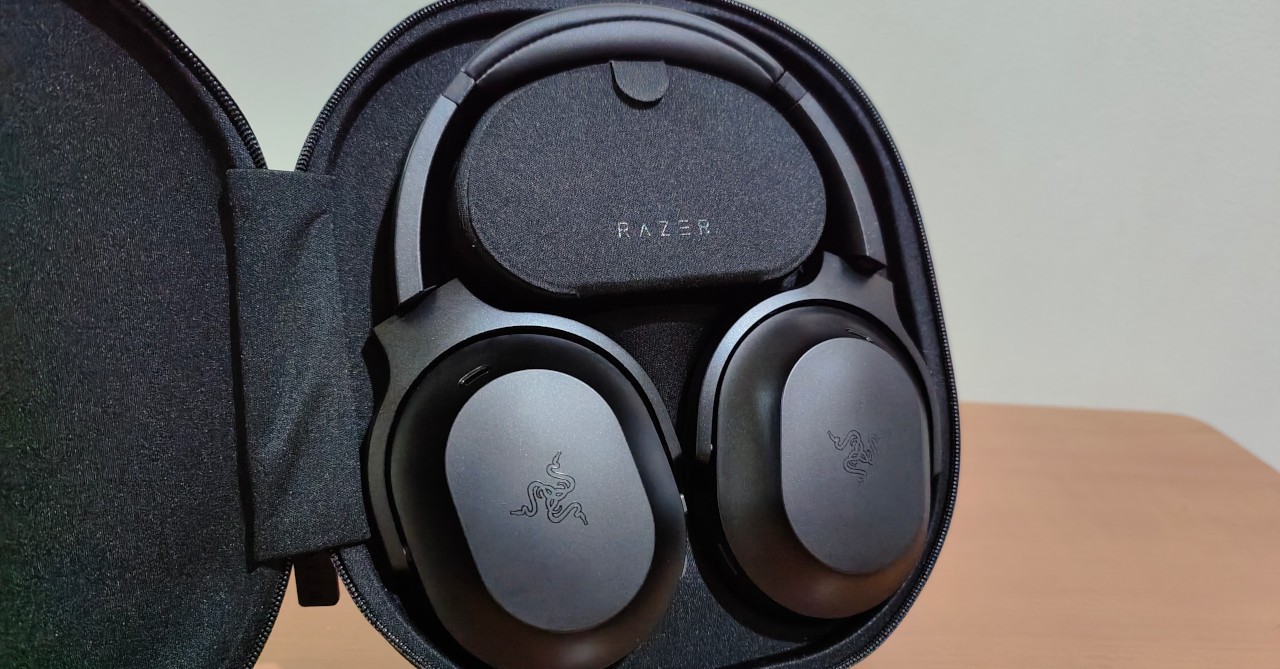 Speaking of virtual surround sound, I found that the Barracuda Pro played well with the PS5’s 3D Audio. This Razer headset is compatible with the PS5 via its included 2.4GHz dongle, and I though it was great for games which support 3D Audio such as Demon’s Souls and Horizon Forbidden West. The virtual surround sound effect seemed more natural for me on the PS5 compared to on PC with THX Spatial Audio. Given this, the Barracuda Pro is a solid PS5 partner, though you’ll want to turn ANC off as having it on cuts a bit too much bass when playing on PS5 for some reason.

As for ANC, the Barracuda Pro’s noise cancelation works well enough to block out external noise. And aside from the weird issue with the PS5, having ANC on, off, or on Ambient mode doesn’t affect the audio quality. 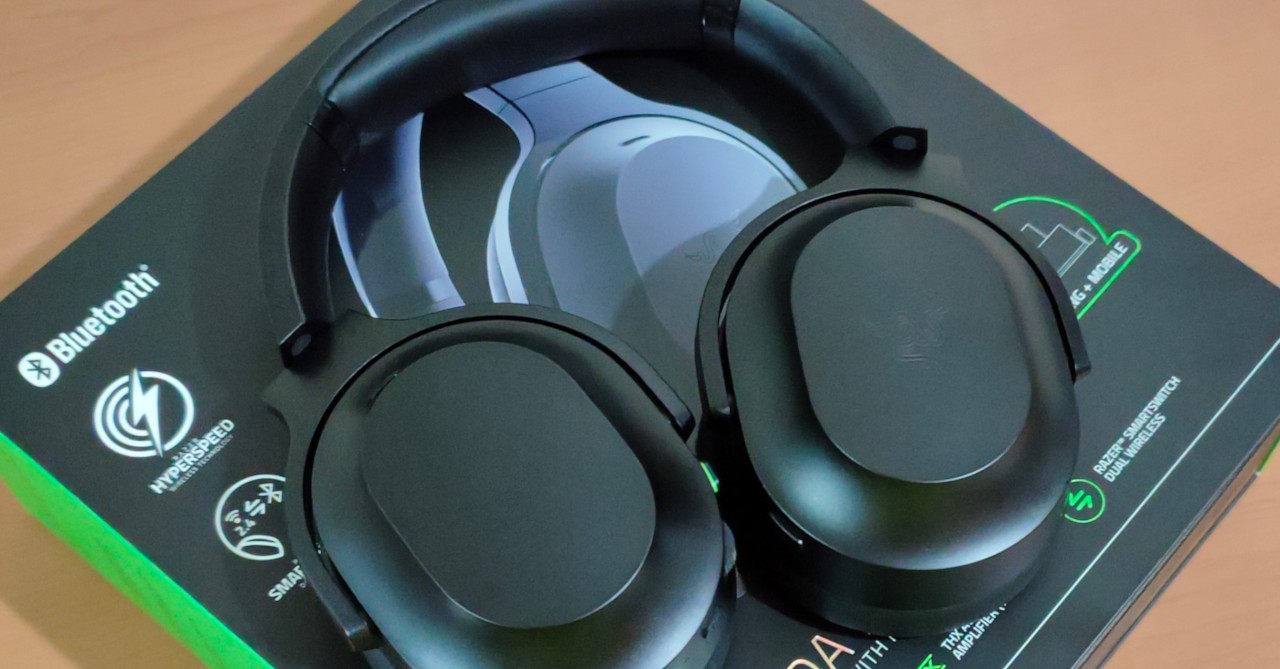 As for music, the Barracuda Pro should be good enough for most casual listeners. While audiophiles may find the tuning of the Barracuda Pro to have a slight unnatural tinge in certain frequencies (especially if you listen to neutral or Harman-tuned/EQ’d headphones), most users will find the sound quality for music to be pretty good. Unlike other consumer headsets which pump up the bass at the cost of mids and highs, the Barracuda Pro ais a bit more balanced in this regard.

For the most part, the audio quality of the Barracuda Pro should be good for most users when it comes to both gaming and music listening. Though the Barracuda Pro disappoints when it comes to its mic. While Razer states that the headset features dual-integrated noise-cancelling microphones, the mic quality is not great. It would’ve been better if Razer packed a detachable mic attachment for it so it can better pick up your voice. 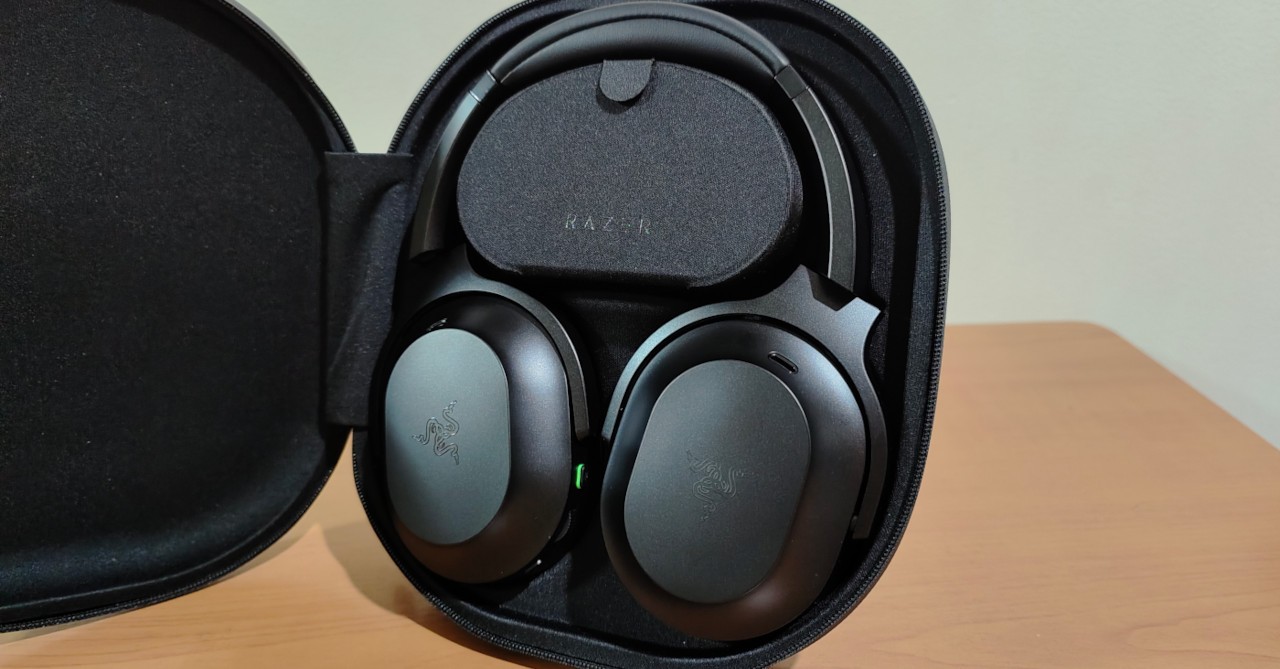 While the mic quality left a lot to be desired, the same can’t be said for battery life. Razer claims that the headset can last for up to 40 hours, and in our time with it, the Barracuda Pro does indeed deliver hours on use on a single charge. So, you can use it heavily for a couple of days before needing a charge. 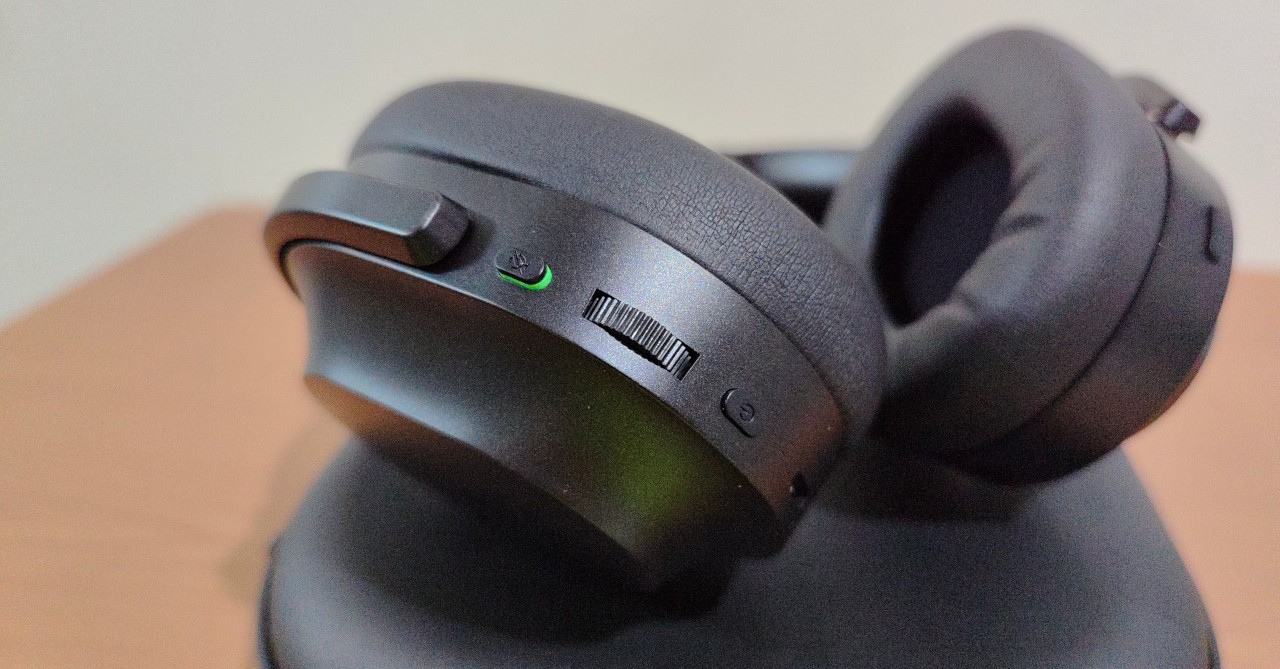 For controls, the Barracuda Pro has a mute button, a volume dial, and a power button which doubles as a play/pause button on the left cup. At the right, there’s a single button that controls switching between ANC modes and it also doubles as a button to switch between Bluetooth and 2.4GHz mode by double pressing.

Personally, I like having physical buttons like this instead of touch controls on the earcups. And for the most part, the buttons are straightforward and intuitive to use. Though it would’ve been better if Razer added a dedicated button for switching between Bluetooth and 2.4GHz mode.

Speaking of connectivity, the headset’s Type-C dongle is small and shaped nicely for use with a smartphone. But in the inverse, the weird dongle shape isn’t ideal for use with a laptop as it’ll likely cover another port on a notebook given its shape.

Though the headset does come with a cable that has a Type-C Port in the end. This is a useful addition if you plan to use the 2.4GHz connection on PC. The cable is also needed to connect the Barracuda Pro to a PS5.

Along with the aforementioned cable, the headset also comes with a Type-C to Type-A port for charging. Though you can’t use this USB cable to listen to music as the Barracuda Pro does not support a wired audio mode.

As mentioned, the Barracuda Pro features a Bluetooth and a 2.4GHz connection mode, and with this, you can connect to two devices simultaneously. For example, you can connect to your PC via the 2.4GHz dongle while having it connected to Bluetooth on your phone as well. With Razer’s SmartSwitch, you can switch between the two seamlessly. And if you get a call on your phone, the headset will automatically switch to your smartphone.

The SmartSwitch feature for me is the highlight feature of the Barracuda Pro. Having the option to always be connected to my smartphone is convenient to have while gaming on my laptop or on a console, especially when someone calls me. Though take note that you can only switch between two devices, and not listen to them simultaneously. Meaning you can’t take a call on your phone while still hearing game audio on your PC.

While SmartSwitch is great, what could use an improvement is the Razer Synapse software. To use the headset on your PC with the dongle, you’ll need to download the Razer Synapse software which can take some time, and can be quite confusing at first. Using the Barracuda Pro with your PC is just not a plug-and-play experience, and Razer could definitely improve on this.

Though once you have it set up, the Synapse software has lots of useful options, including Spatial Audio controls, an equalizer, and other nifty settings that you can play around with. 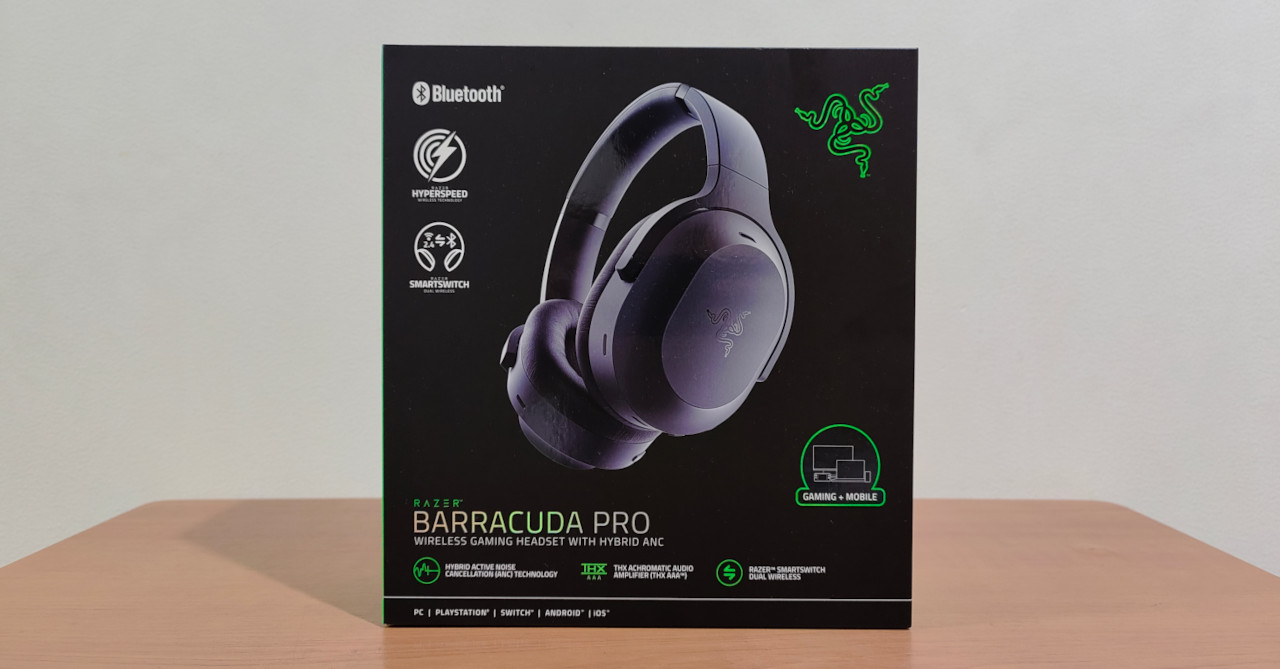 With its solid build, comfortable fit, and good sound quality, the Razer Barracuda Pro is a solid premium gaming headset. Add to the fact that it has a long battery life, along with the useful SmartSwitch feature, the Barracuda Pro definitely has a lot going for it.

But this Razer headset is priced at a premium PHP 15,495, making it an expensive purchase. Given the price tag, it can be difficult to fully recommend it given the lackluster microphone and the PC user experience.

Though if you have the budget for it and your specific use case allows you to take full advantage of the SmartSwitch feature, the Barracuda Pro is worth considering. After all, not a lot of gaming headsets offer this kind of connectivity.