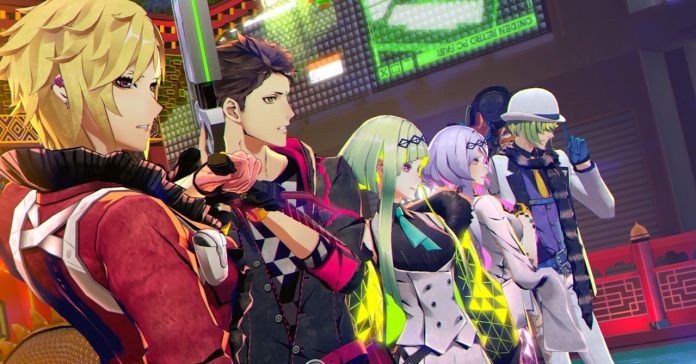 SEGA has announced new information on the DLCs for Soul Hackers 2, along with pre-order info for the digital editions.

The DLCs for Soul Hackers 2 will include character costumes and BGM tracks from the original Soul Hackers and other Atlus titles. These DLC will also include unlocking fusions for demons such as Mara and Masakado, along with in-game currency and EXP items.

There will also be aa DLC for an additional scenario called “Lost Numbers,” featuring new characters. This DLC will also be available for purchase.

Pre-orders for the Soul Hackers 2 digital version and digital 25th Anniversary Edition begin today. If you pre-order before the launch day, you will receive the Persona 5 Alternative Set 2 early-bird bonus. 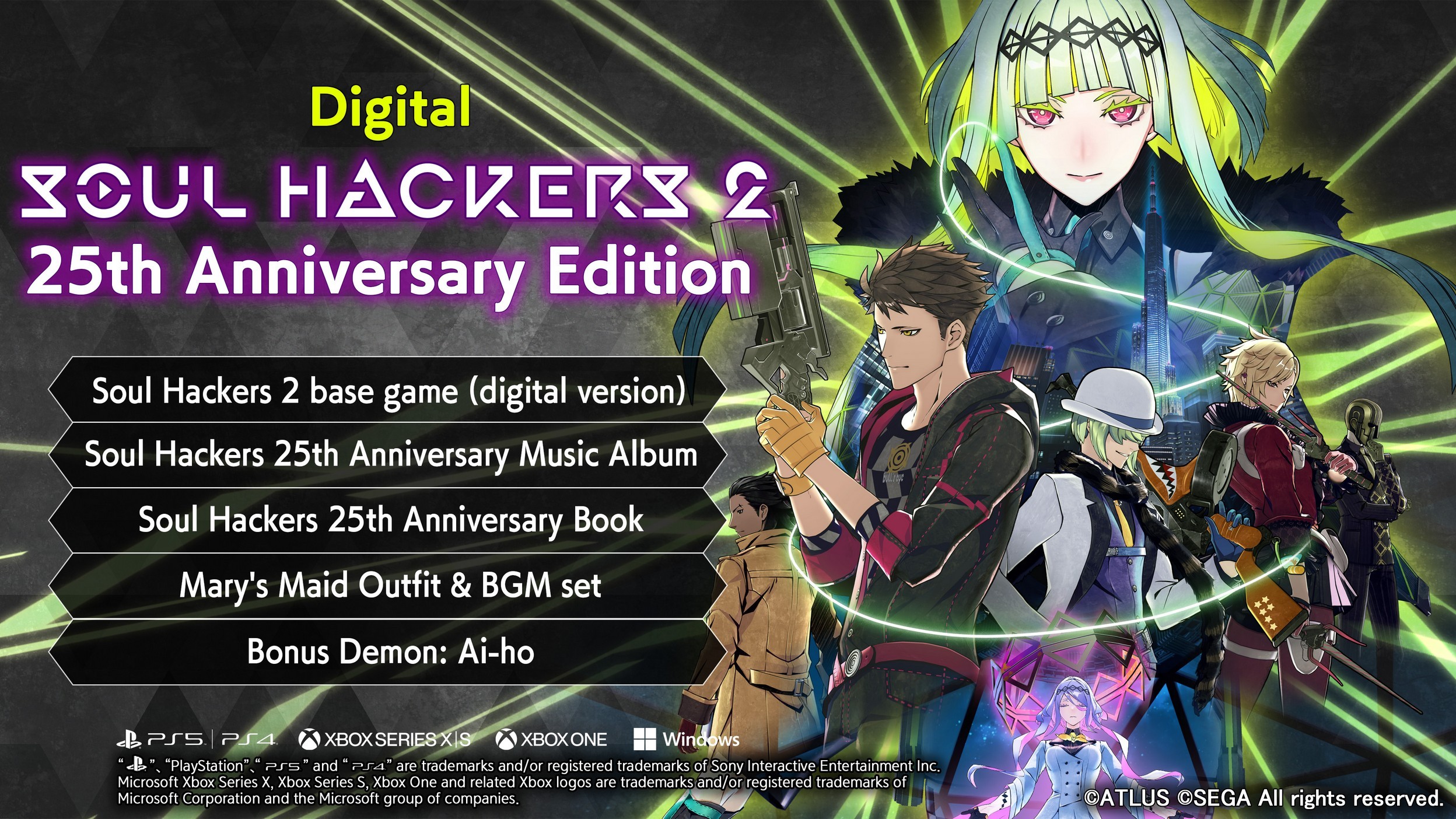 The Soul Hackers 2 – 25th Anniversary Edition (Digital Version) for PS5 and PS4 will include the following bonuses:

Meanwhile, pre-orders on Steam will be available starting tomorrow, June 10. Pre-orders before launch day will also come with the Persona 5 Alternative Set 2 as an early-bird bonus.

Here are the different versions of the game on Steam: 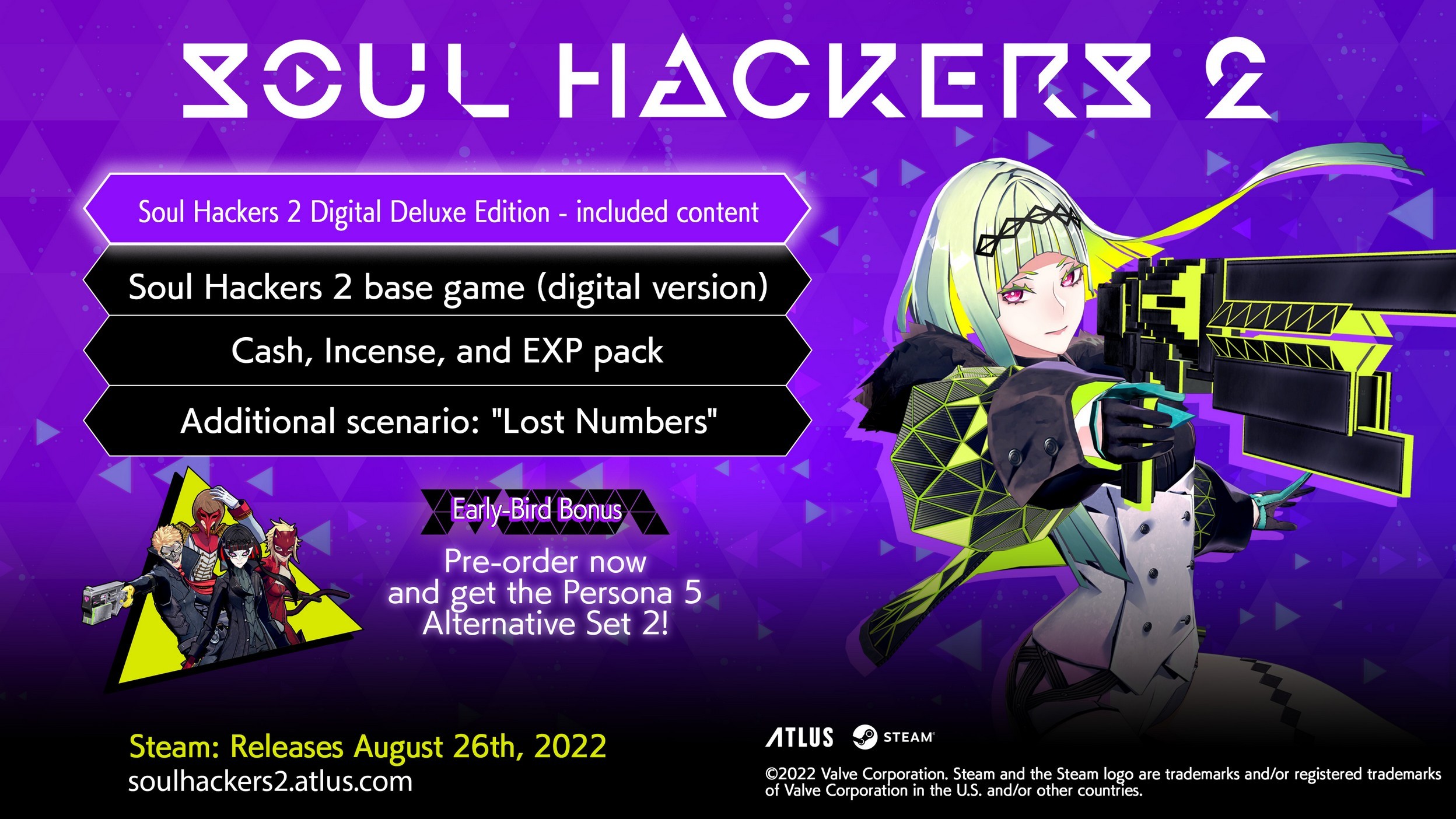 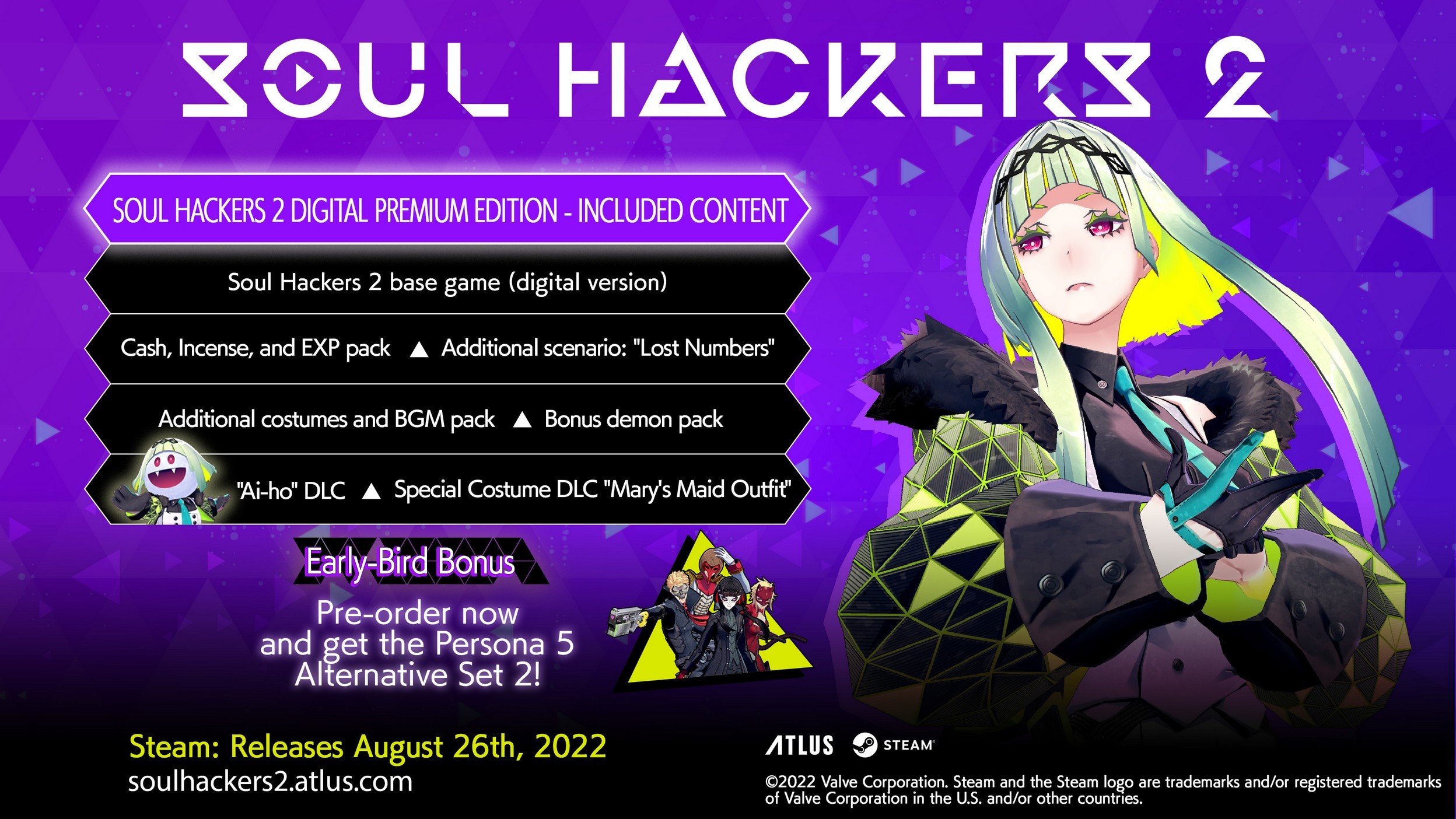 - Advertisement -
Previous articleRazer launches the Kishi V2 controller for Android
Next articleArcane: Bridging the Rift will offer a behind-the-scenes look at the League of Legends animated series