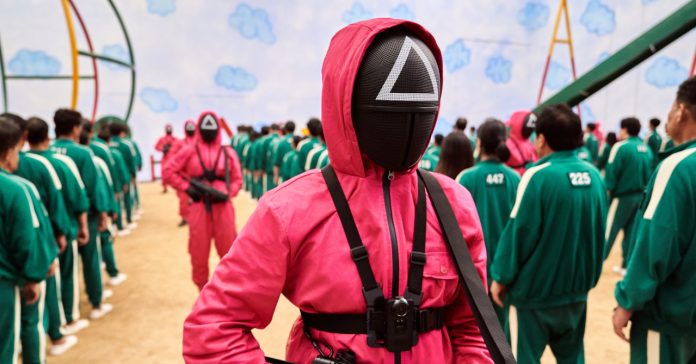 Netflix has just announced that the global hit series, Squid Game, has been confirmed to get a Season 2!

The series’ second season was officially confirmed by Netflix and series director, Hwang Dong-Hyuk. According to the letter, Squid Game’s second season will feature the return of Gi-hun and the Front Man, along with a possible appearance by the mysterious man in the suit. 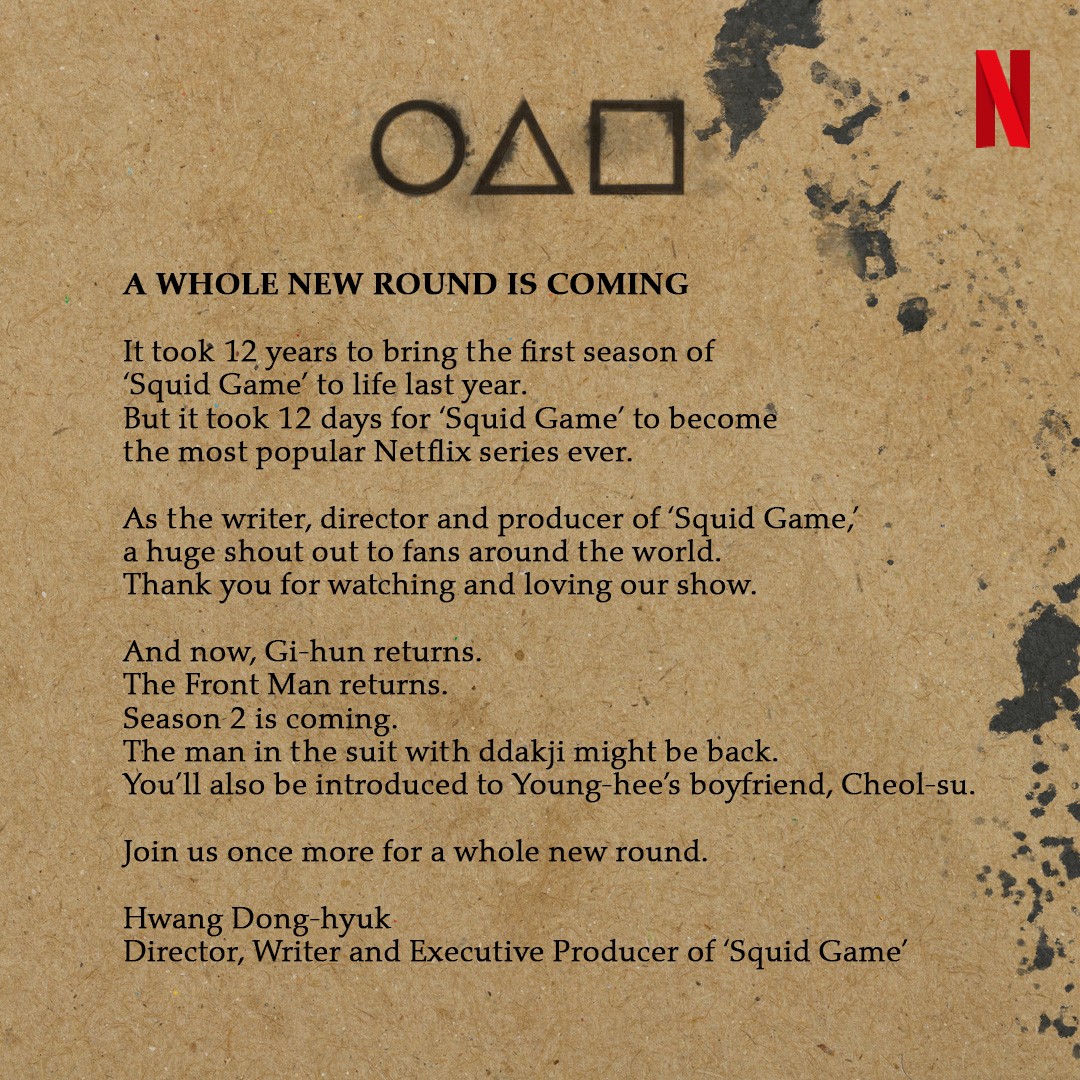 Along with the letter, Netflix also released the official teaser art for Squid Game Season 2: 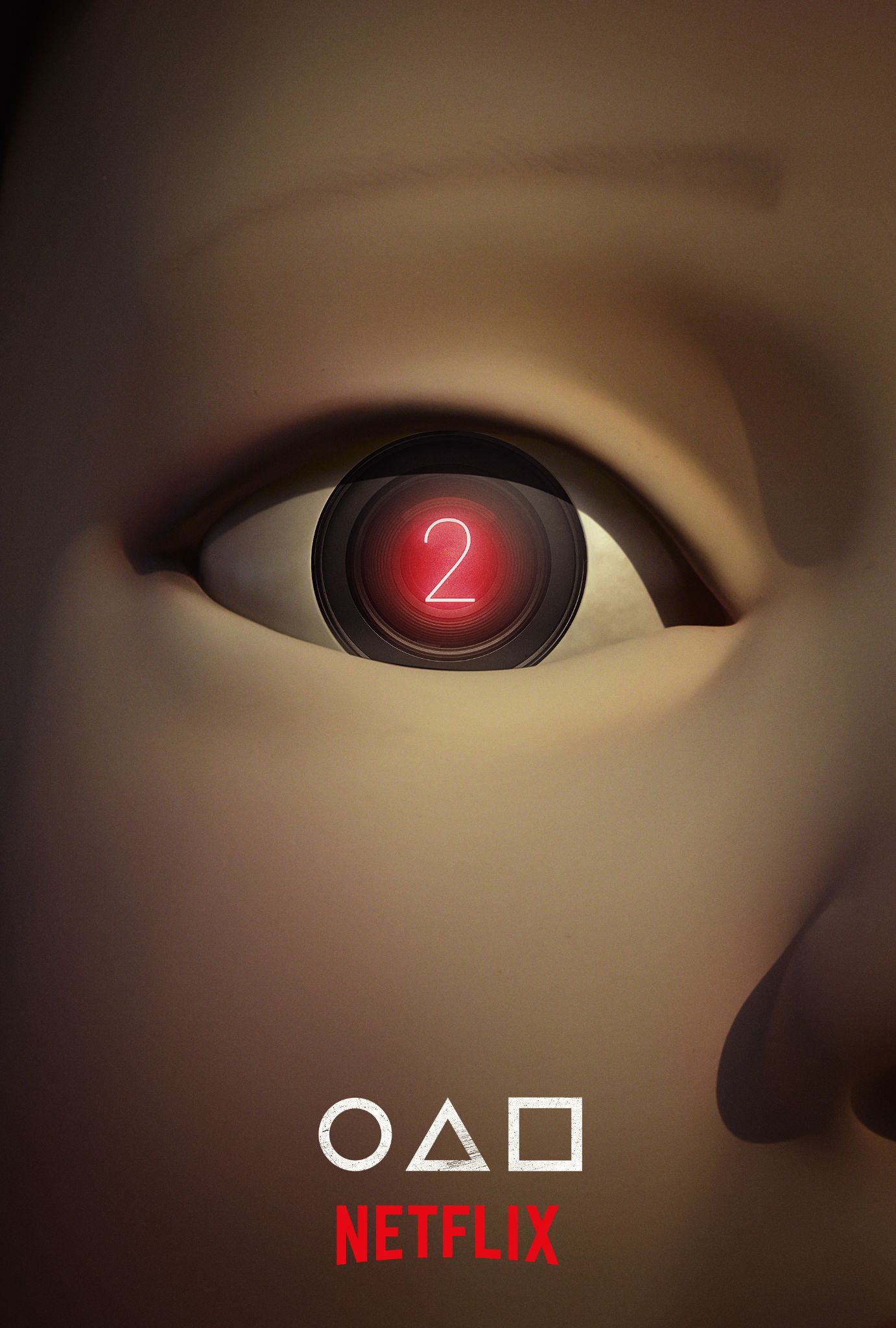 Released last year, Squid Game is easily one of the biggest ever shows on Netflix. The show quickly became the most watched on the platform, and it topped the Netflix charts all over the world.

In case you haven’t seen it yet, Squid Game is a death game series that’s comparable to movies/shows like Battle Royale, The Hunger Games, and Netflix’s own Alice in Borderland.

You can watch the first season of Squid Game now on Netflix.