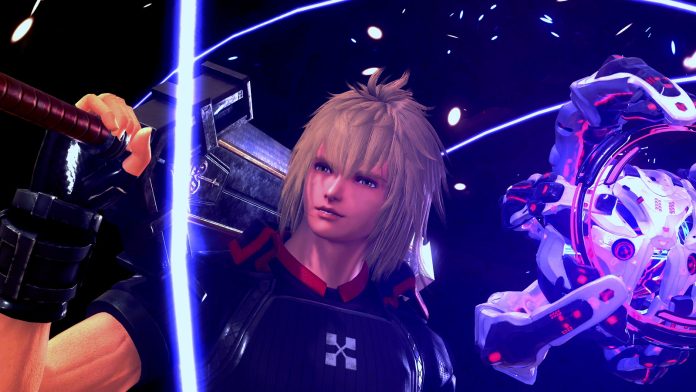 Fans of the Star Ocean series rejoice! The next instalment, titled Star Ocean: The Divine Force will release this October on multiple platforms.

The limited physical edition on the other hand will include a copy of the game, art book, limited edition soundtrack, two rubber key chains, and in-game downloadable content items. The physical edition is said to be exclusively available for the PlayStation 4 and PlayStation 5.

In Star Ocean: The Divine Force, characters can freely move in 360° degrees and roam the skies.

Move and Explore Freely in Three Dimensions: Everything You See Can Be Explored!

You can move in three dimensions whilst flying around the largest environment ever.

Whether you’re flying around and exploring rockfaces and roofs of buildings in the city, or leaping off cliffs to seamlessly enter battles, you’ll have more freedom in terms of both adventuring and battling.

The Fastest and Strongest Action of Any in the Series

While the game will give you space to play as you please, the scope of its battles has also evolved.

Characters can subdue a large number of enemies with super high-speed movement attacks, special abilities where you can vanish for a brief moment from right in front of your enemies’ eyes, and a skill which could kill in one hit!

This game will feature a challenging yet thrilling battle experience to enjoy while freely soaring in the skies.

Star Ocean: The Divine Force is developed by Square Enix will be available for the PS4, PS5, Xbox One, Xbox Series, and PC via Steam on October 27, 2022 .