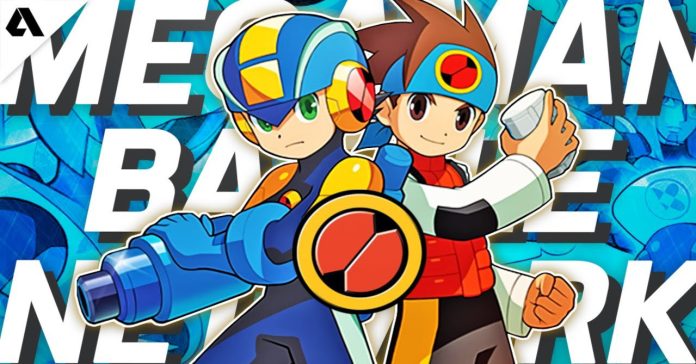 Among the hyped releases for the Switch revealed at the latest Nintendo Direct, we get a Blue Bomber comeback with the Mega Man Battle Network Legacy Collection.

We’re getting the full Battle Network experience, and then some. The collection is packed with all 10 games in the series’ released for the Game Boy Advance, a dedicated music player, an image gallery, and a hi-res filter to keep things nice and modern–perfect for that OLED Switch you might have lying around. Just saying.

For those unfamiliar, Megaman Battle Network has a different take on our Blue Boy’s story, more akin to a spin-off than a reimagining. Instead of the fan-favorite side-scroller, we get a tactical game that takes place in an alternate continuity. It entails a more grounded story where there’s less robotics and more delving into cyberspace.

Created by Masahiro Yasuma and developed and published by Capcom in 2001, it’s first release was for the Game Boy Advance. So far, there are 6 main games and 4 major spin-off titles in the franchise–all of which will be part of this sweet, nostalgic package.

The Mega Man Battle Network Legacy Collection is set for release in 2023 for the Nintendo Switch, Playstation 4, and PC via Steam.