A new Trigun anime is in the works! 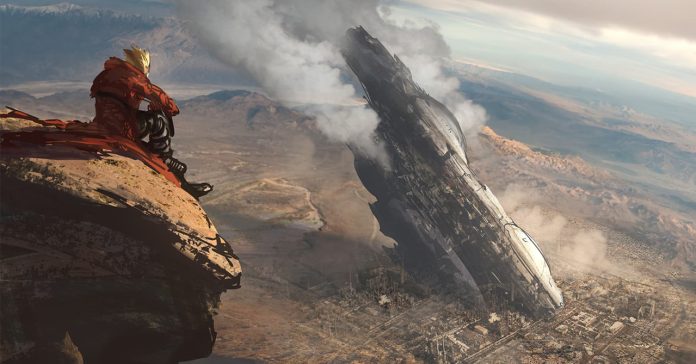 The classic 90s anime is back as Trigun Stampede has been announced, and it is a new Trigun 3DCG anime series coming in 2023!

This upcoming anime series is being animated by studio Orange, the animation studio behind shows such as Godzilla Singular Point and Beastars.

While there’s no word yet regarding the series’ story and cast, we did get our first look via a new key visual featuring Trigun’s iconic main character, Vash the Stampede.

More info on this new Trigun series will be revealed at a panel on Anime Expo 2022 happening on July 2. The panel will feature manga creator Yasuhiro Nightow who will be joined by other staff members.

25 years after the first anime series, #TRIGUN will
be reborn in 2023 entitled TRIGUN STAMPEDE, produced by the Japan’s best 3D animation
studio Orange (@cg_orange_inc) with an all-new staff and cast. https://t.co/HqMU1s6sMN pic.twitter.com/a0R1TGsnMg

In case you’re unfamiliar, Trigun is a manga series which serialized on Monthly Shōnen Captain from 1995 to 1997. The series received an anime adaptation which is considered by anime fans as one of the iconic shows from the 90s.

As for its story, the series’ premise is described as:

“On the forbidding desert world of Gunsmoke, a mysterious bounty hangs above the head of Vash the Stampede, and the gunslinging pacifist can’t seem to find a moment’s respite. Vash is no ordinary pistolero, packing a weapon capable of punching holes in a planet, which explains why the locals tremble at the very mention of his name. But sixty billion double dollars is no ordinary reward, and every trigger-happy psycho in creation is aiming to claim Vash dead or alive—preferably dead!”