The ZEISS Cameras live up to the Hype! 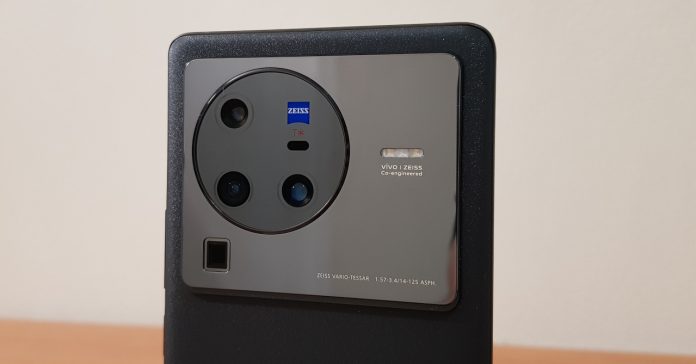 vivo has finally launched the X80 series of flagship smartphones in the Philippines, and much like their predecessors (the X70 series), the X80 phones promise to be excellent smartphones for photography.

Now, there are lots of flagship phones that also promise great cameras, but the vivo X80 series might just have the best in terms of camera technology. This is thanks to their having the latest imaging sensors paired with ZEISS camera technology. As one of the leading camera and lens manufactures, ZEISS brings lots of innovative features to the X80 series, so much so that the phones can give you a professional photography experience, all without spending big bucks on an actual pro camera.

Recently, we got our hands on the X80 Pro, and we were able to test it out to see if its photography capabilities lived up to the hype. What we found is that the vivo X80 series smartphones deliver impressive results for both photography and videography. Not just in terms of quality mind you, but also in terms of creativity, letting you capture your own masterpiece, whether it’s a portrait photo or a cinematic video. 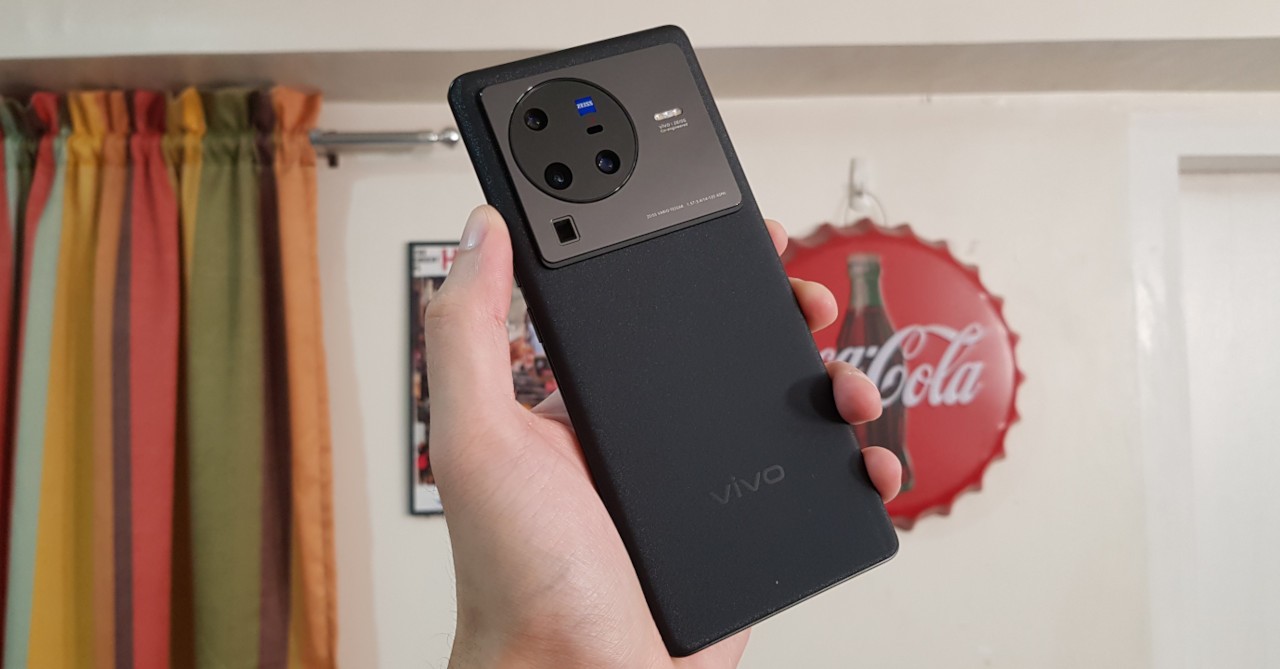 First off, the 50MP main camera of the X80 and X80 Pro feature the latest sensors and tech in the market. The X80 for instance, is the first phone to have the top-of-the-line Sony IMX866 sensor. Meanwhile, the X80 Pro uses a custom GNV sensor. Both phones also come with vivo’s proprietary V1+ Chip to enhance photography; specifically, it strengthens detection, shooting, and processing of photos.

Thanks to these, the X80 and X80 Pro’s main camera takes excellent photos. Check out some sample shots with the X80 Pro here:

The sample shots above were all taken in the afternoon, and even in overcast conditions, the colors and detail are still of great quality.

But what about at night? Well, the X80 series delivers thanks in part to the ZEISS T* Coating on the cameras. In case you’re unfamiliar, the T* coating is ZEISS’ proprietary anti-reflective lens coating technology that reduces reflections so that you get clearer photos, especially at night when light sources such as lamps can produce reflections that make for unclear photos.

This ZEISS coating, coupled with the Sony IMX866 sensor enables the X80 Series phones to capture high quality low light photos, which you can see here:

Another ZEISS innovation in the X80 series is the ZEISS Natural Color feature. When taking photos normally with the X80 or the X80 Pro, images have vibrant colors which a lot of people prefer. If you turn on ZEISS Natural Color though, you can get photos with more accurate and true-to-life colors. 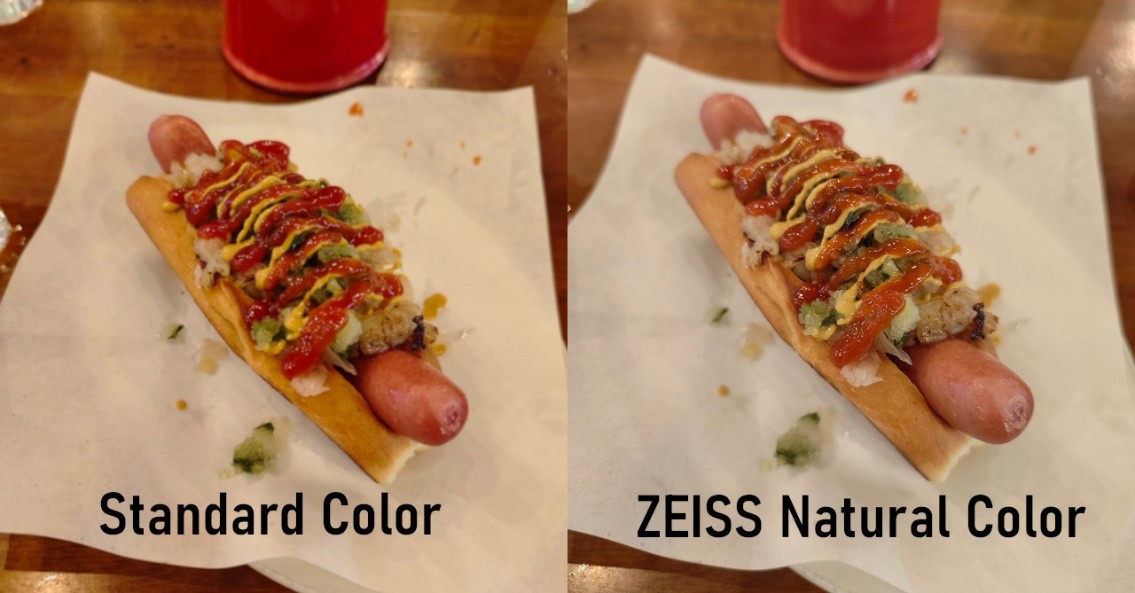 What’s great about this is the flexibility that it gives you. If you want to take a natural-looking photo, the ZEISS mode is the way to go. Though you also have the option for a more vibrant and saturated photo by using the standard shooting mode on the X80 series. 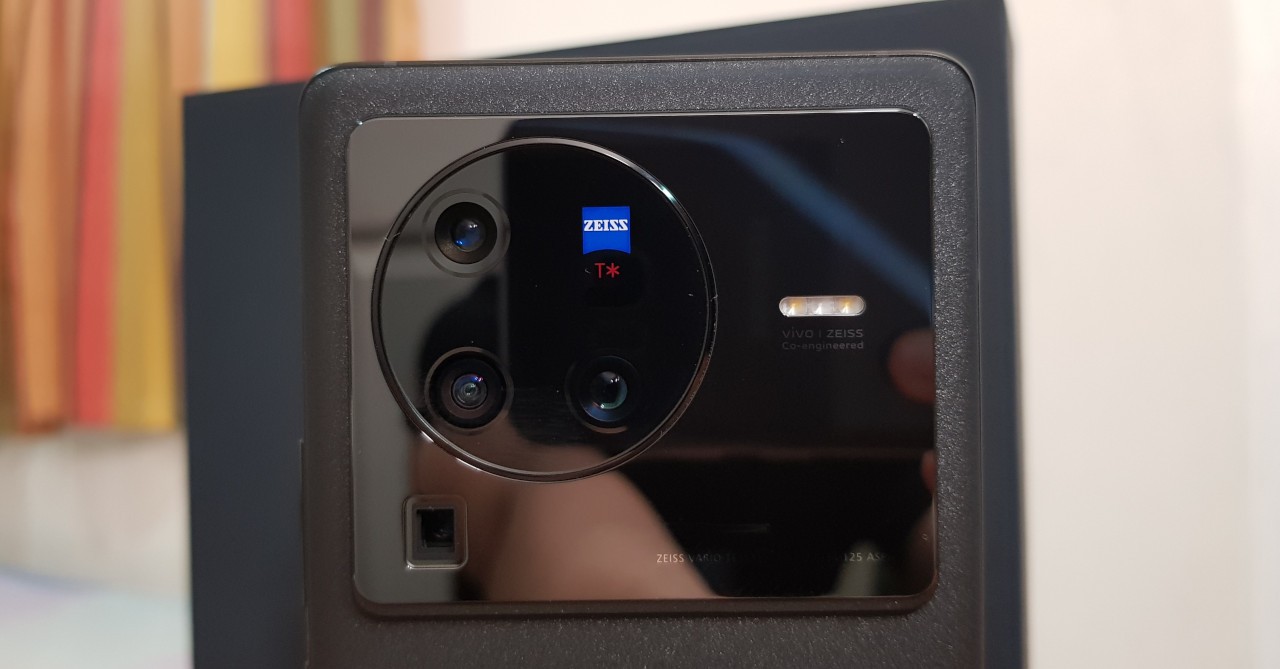 If you’re unfamiliar with what these terms are, here’s a quick explanation. Lots of movies have a 2.39:1 widescreen aspect ratio, have a 24 FPS frame rate, and are shot with an anamorphic lens. The wide aspect ratio has more horizontal space which makes for a wider look that has become synonymous with cinema. A 24 FPS frame rate also looks more “cinematic” when compared to a higher frame rate video which some describe as being “television-like.”

The first two are self-explanatory, but what about anamorphic lenses? Before the advent of digital filmmaking, movies were shot on film, typically 35mm film. The film stock stores footage with a squarer aspect ratio. But for filmmakers who wanted a widescreen film without cropping for no loss in quality, a lot of them used anamorphic lenses. These lenses can capture a wider horizontal view compared to standard lenses, all while using the same 35mm film stock.

Here’s what an anamorphic lens looks like compared to a standard spherical lens (via B&H Photo Video): 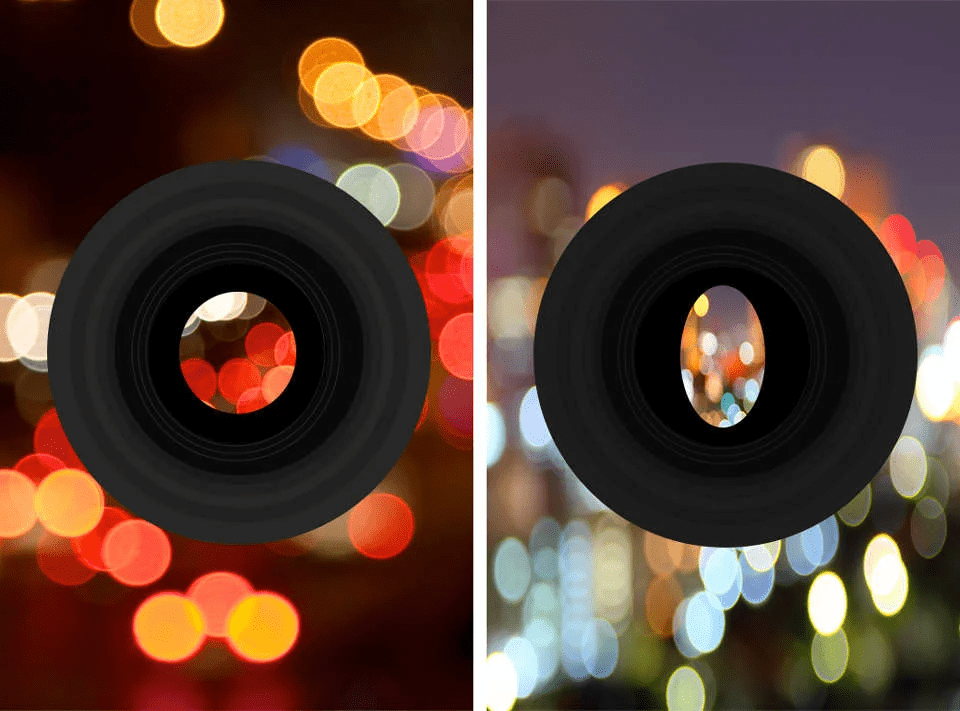 The tradeoff is that the footage is “squeezed” onto squarer 35mm film, and this gives the footage a unique look when projected in widescreen. Specifically, anamorphic video has a unique distortion which can be clearly seen in out of focus objects. For instance, bokeh appears elliptical instead of spherical like in typical cameras.

Here’s a look at what an anamorphic widescreen image from a movie looks like:

This unique that anamorphic lenses provide have become an aesthetic that’s considered cinematic. And that’s exactly what the X80 Pro can achieve.

The ZEISS Cinematic video mode lets users tweak the intensity of the bokeh effect, meaning you can tweak the effect based on your preference, giving you more flexibility when shooting cinematic videos.

Plus, the Cinematic Modes also feature several Movie LUTs (or look-up tables) which are preset color grades. For example, you can use the Cyberpunk LUT if you want to shoot a video with a bit more edge, or you can opt for Retro if you want a more old-school look.

The ZEISS cinematic mode doesn’t just apply to videos though as it’s also available for portraits. With the Cinematic Portrait mode, you can capture super-tall or widescreen photos with the cinematic elliptical bokeh effect. The mode also comes with a Blue Lens Flare option for some dramatic Lens Flares.

The Cinematic Videos and Portrait are a major highlight, but the X80 Series also features more ZEISS-inspired photography features. Specifically, the X80 Pro features four ZEISS portrait modes which are based on specific lenses: Distagon, Planar, Sonnar, and Biotar. Each Mode can capture portraits with unique bokeh effects their respective specific ZEISS lenses.

Here’s a sample of portraits on the X80 Pro compared to actual photos taken with ZEISS lenses:

The Sonnar Lens has bigger bokeh lights that have less distortion than the Planar (right image source).

Finally, the Biotar has the most pronounced distortion effect for more dramatic portraits (right image source).

As you can see, the X80 Pro shots are able to emulate the actual ZEISS lenses, giving users more creative options for their portrait photography.

Not just Great for Photos and Videos 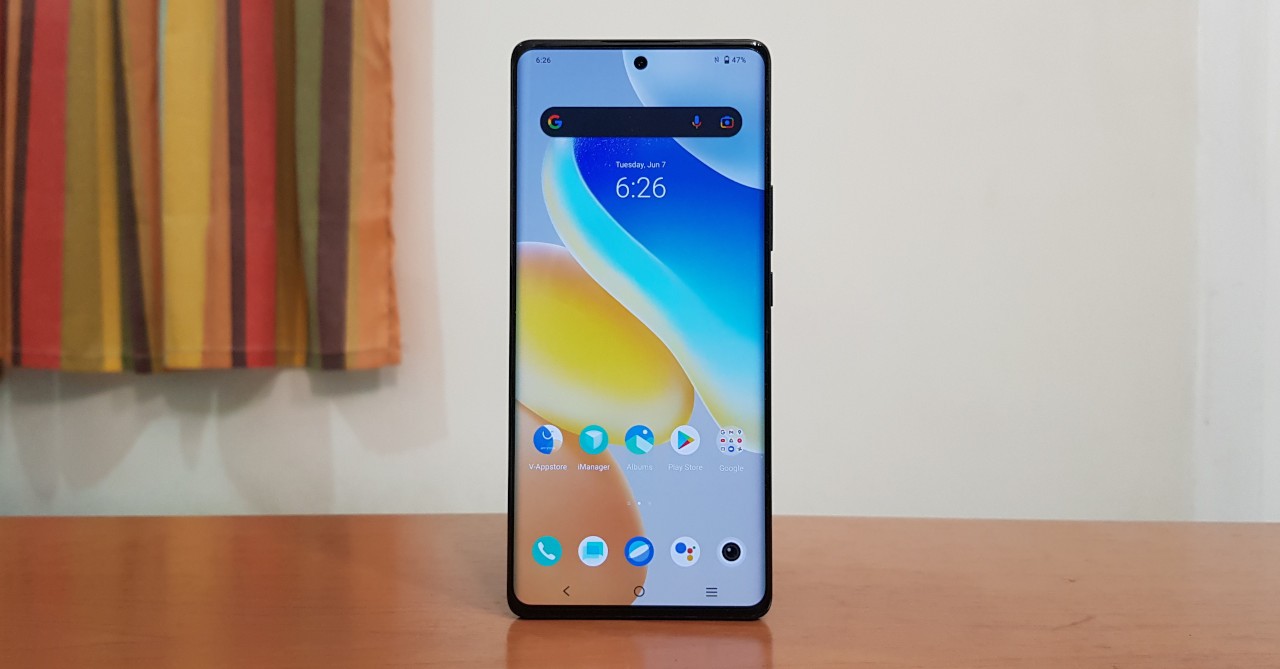 Both X80 phones offer impressive cameras with lots of ZEISS co-developed features. But cameras aren’t the only reason to get the new X80 series as the phones are also impressive flagships in terms of performance.

Powering the phones are a MediaTek Dimensity 9000 for the X80 and a Snapdragon 8 Gen 1 for the X80 Pro. These two flagship processors promise powerful performance, all while packing 5G connectivity. 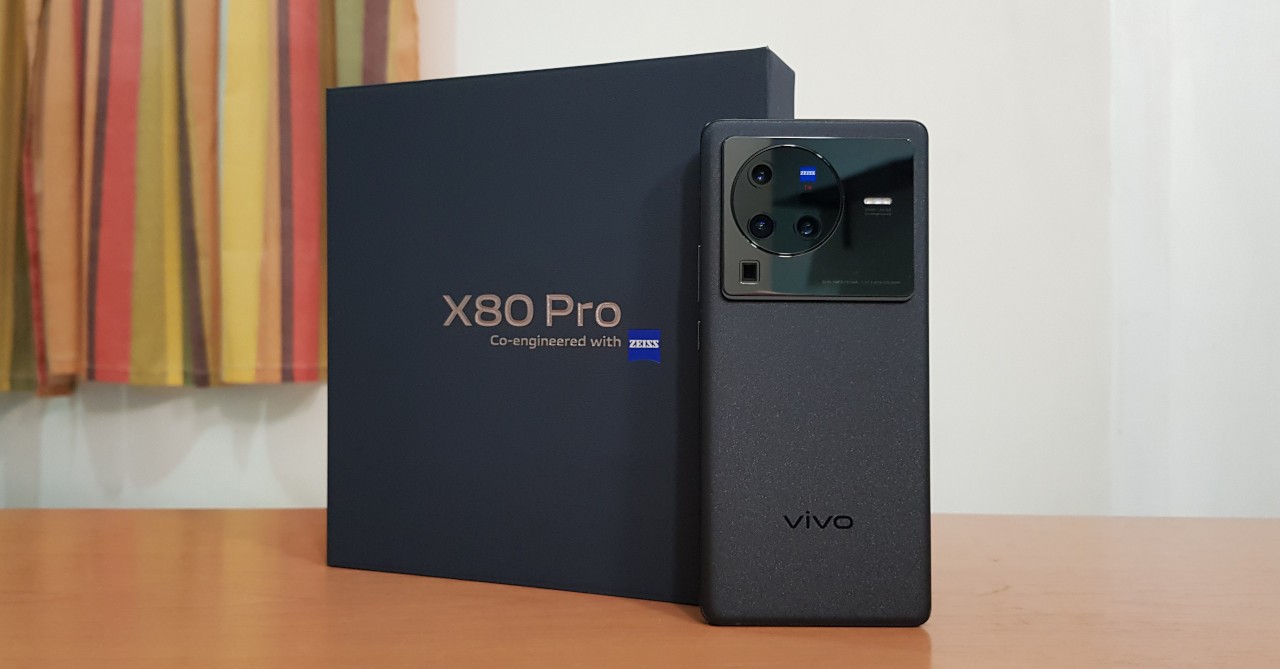 Lots of smartphones today claim to have great cameras, but vivo kicks it up a notch by giving users a true pro photography experience with the X80 series. This is thanks to its ZEISS partnership which brings innovative cinematic and portrait features, as well as the latest imaging sensors for the highest quality smartphone photos.

With these impressive cameras, the vivo X80 series lets you experience the joy of creating your own photo and video masterpiece, all without having to purchase expensive professional photography gear. 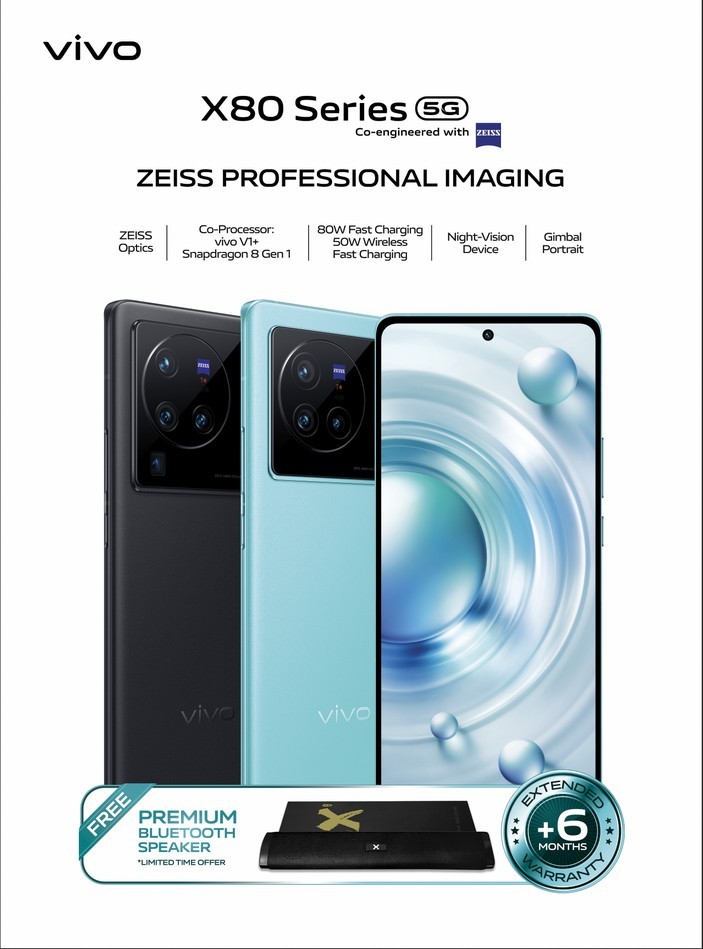 If you’re on the lookout for a new flagship with incredible photography capabilities, the vivo X80 series should definitely be on you radar. Both the X80 and the X80 Pro are available for from June 10 to June 18, 2022, and you can pre-order in the Philippines at the following stores:

The vivo X80 Pro is available for pre-order for PHP 59,999, and each pre-order will come with freebies, including TWS earbuds, a neck massager, and a 50W vivo Wireless charger.

Meanwhile, the vivo X80 is up for pre-order for PHP 45,999 and comes with TWS earbuds and a 2-in-2 clock speaker as freebies.

The freebies for both phones will be available while supplies last.

- Advertisement -
Previous article
vivo launches the X80 series in the Philippines
Next article
Netflix’s Cyberpunk: Edgerunners will stream in September