Here's what Ana de Armas has to say about her role in The Gray Man vs her 007 role. 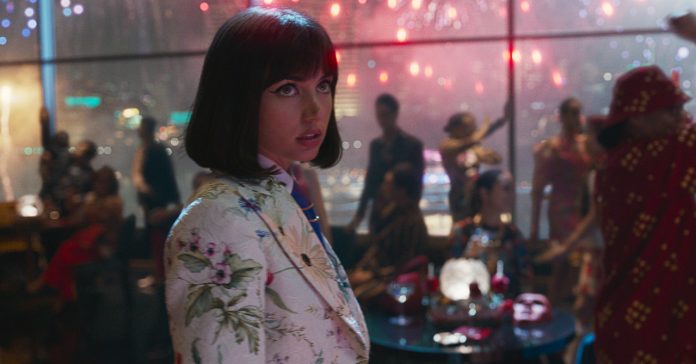 The Gray Man features a star-studded cast, and among them is Ana de Armas – one of the most in-demand actresses today, with films such as Blade Runner 2049 and Knives Out under her belt.

What’s interesting about her role in The Gray Man is rather reminiscent of the role she played in No Time to Die. After all, both movies feature action and espionage, with de Armas being involved in ass-kicking scenes in both.

While there are some similarities, there is a key difference and that is how her character, Dani Miranda, is portrayed in The Gray Man. As she shared in a recent press conference, unlike her role as Paloma in 007 who closely follows a Bond girl archetype.

“I’ve been there.  I’ve done that.  I was a woman in high heels kicking ass in a Bond movie looking beautiful – the way I was supposed to for that movie,” said de Armas. “But it is something really refreshing about this one where the focus is not on that. I’m not Ryan’s love interest.”

While Paloma in No Time to Die was well-received, de Armas shared how cool it was to portray another ass-kicking character, but with a different spin as Dani Mirana in The Gray Man is a badass without being in a glammed-up dress and heels.

“It’s about her power in a different way, you know,” said de Armas. “It’s really cool, and it’s important to put women in action films in that light  and have that vision of it and accentuate that part of badass women.”

Of course, while her role in the new Netflix film has a stronger presence in the film, it’s undeniable that her fashion game is still very much on point!

Catch Ana de Armas in The Gray Man when it releases on Netflix on July 22.