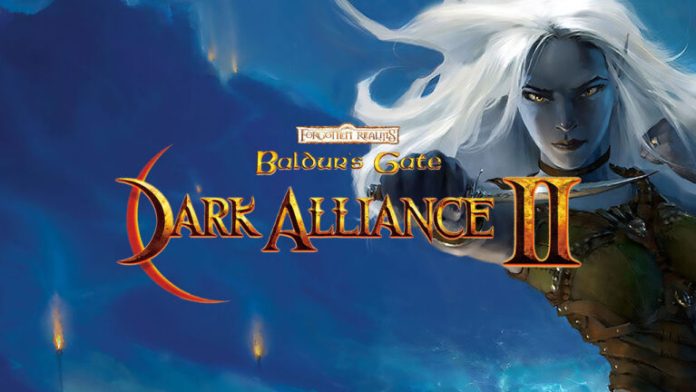 Publisher Interplay and developer Black Isle Studios just announced a release date for the remastered version of Baldur’s Gate: Dark Alliance II, an action RPG based on the Dungeons & Dragons franchise that was originally released back in 2004 for the PlayStation 2 and Xbox.

The original game was met with great success to both pen and paper enthusiasts and video game fans and was considered a sleeper hit when it came out in the early 2000’s. I remember playing this gem way back and had a blast with its cooperative mode and now, it’s good to know that a new generation of gamers can experience this remaster with all its updated bells and whistles.

Based in and around the city of Baldur’s Gate itself, the game features five playable characters and classes and spans dozens of locations. Featuring the ability to create custom weapons and armor, players can improve items by using runestones and gems while playing through the game’s four difficulty levels; “Easy,” “Normal,” “Hard,” and “Extreme.”

Whether choosing the barbarian, monk, necromancer, rogue, or cleric, players will have to actively fight through hordes of monsters ranging from Hobgoblins, Ghouls, Golems, and dreaded Dragons while dodging attacks and evading deadly traps.

All versions of Baldur’s Gate: Dark Alliance II support local cooperative play, while the Steam version will support Remote Play for a long-distance cooperative experience. Fully verified on Steam Deck, now’s the perfect time to grab an ally or brave Baldur’s Gate on the move and play the sequel that defined a generation.