Company of Heroes 3 Preview | Get Ready to Ride into Battle

Here's what we think of Company of Heroes 3 after getting a chance to try it out! 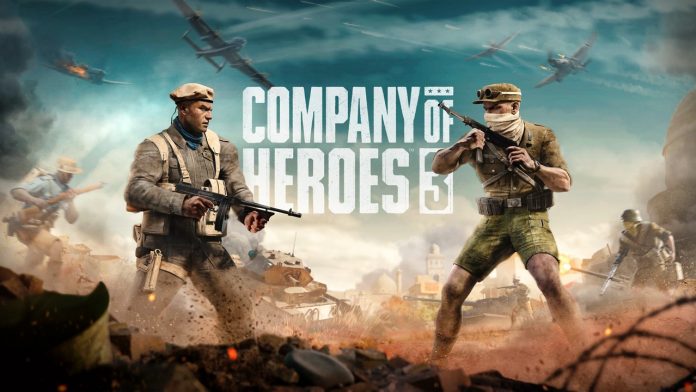 Relic Entertainment and SEGA bring us back to the front lines with the return of their beloved RTS franchise in its third installment, Company of Heroes 3. What was exciting is that Relic Entertainment and SEGA let us along with other members of the gaming press get a taste of the battlefield ahead of its release date with the Company of Heroes 3 preview build.

So, without further ado, let’s take a peek at what is to come on this new battlefield.

First, a quick recap for those who’ve played and for new players on the franchise. Company of Heroes, or COH for short, is a real-time strategy game that lets the player control units of soldiers, vehicles, and tanks, and rally them to capture territories to annihilate the enemies scattered in the battlefield. Set in the war-torn era of World War II, the first game is set during D-Day, but now Company of Heroes 3 is set earlier in 1942, thus making this installment a prequel in the franchise. 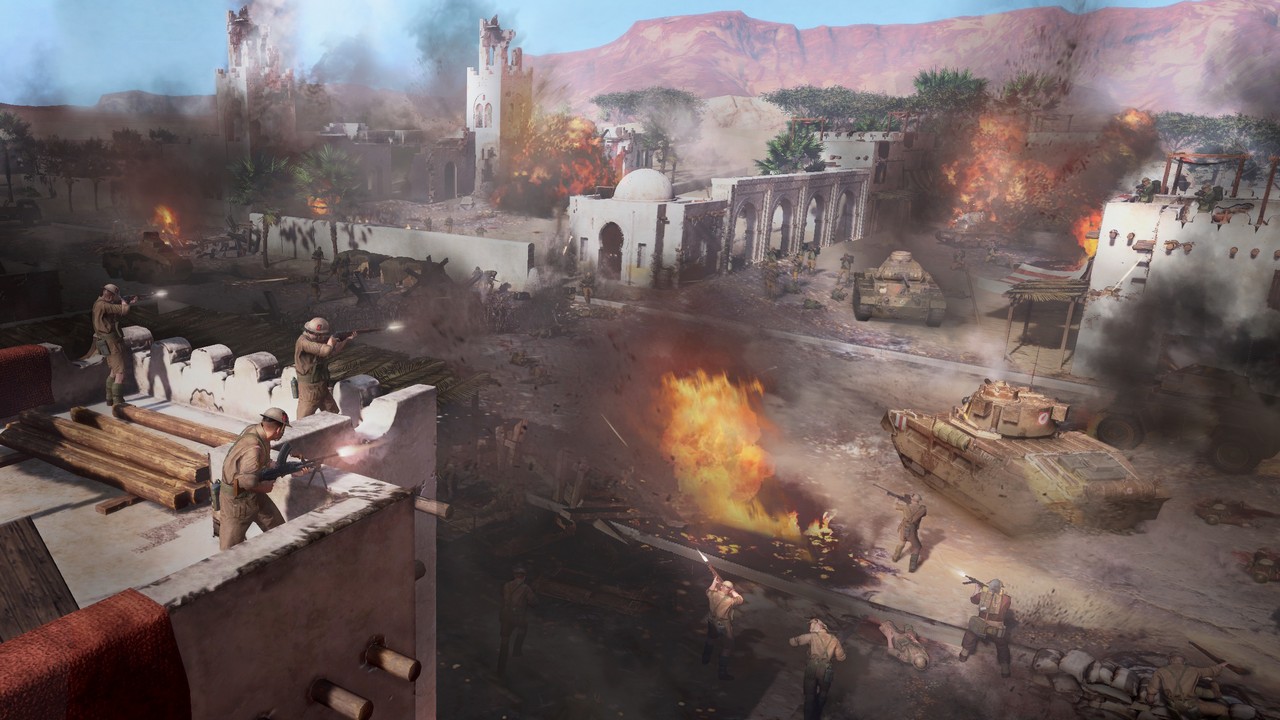 The preview build launches us to the desert of North African territories and introduces us to the new faction of Afrika Korps (DAK) against the retreating British Forces. Before I even realized it, we were actually playing with the Axis forces here (it was kinda funny that this realization made me remember a certain meme). But the great part is the DAK forces offer a great early advantage on the battlefield. True to what Stroheim from Jojo said, “German science is the world’s finest”,  the DAK is an engineering force to be reckoned with, mobilizing with their mechanized vehicle and troops that can repair armored vehicles so they can advance with great power. 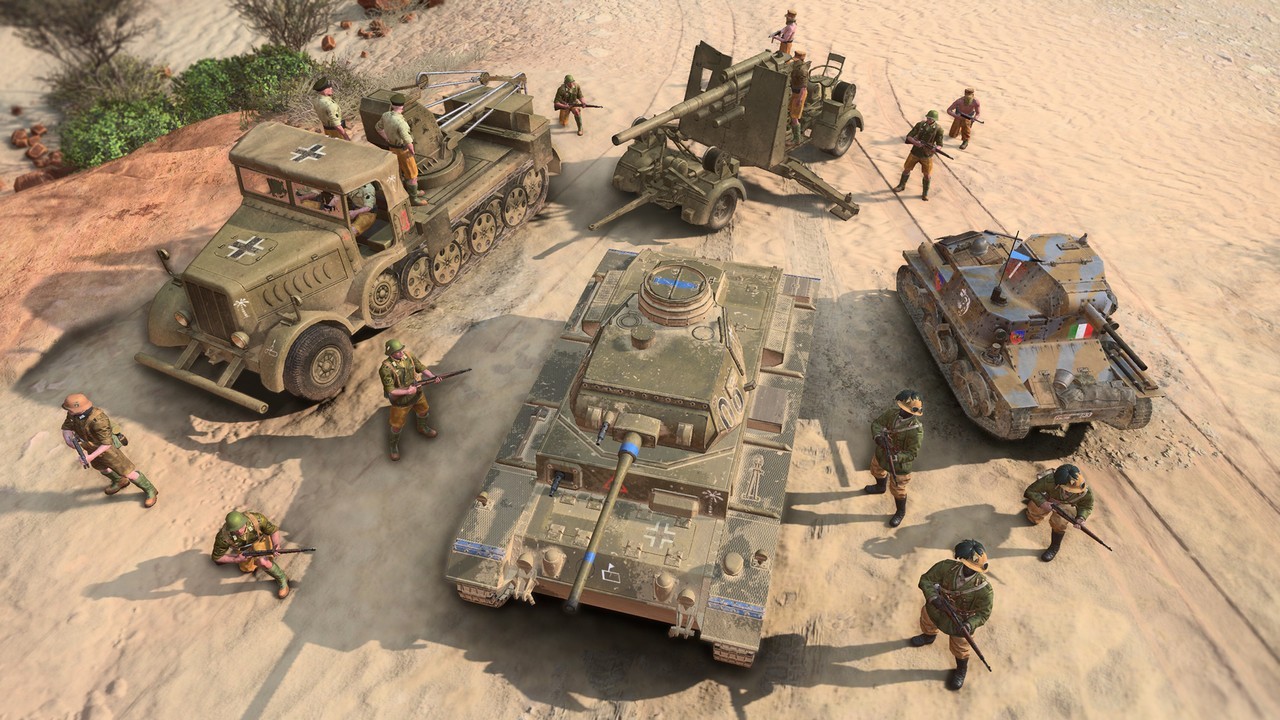 What I like about this new faction is the fact that they can recover destroyed vehicles and make them their own; but keep in mind, they count to your limit of the units you can mobilize in the battle.

A new thing that COH 3 offers is your infantry unit can now hitch a ride on your Tanks, letting you mobilize your troops faster to invade or provide backup to the battlefield. Personally, the addition of this feature is the best considering you need your infantry to respond quickly and cover more ground since I always have difficulty when my troops get a bit separated at different points on the map. 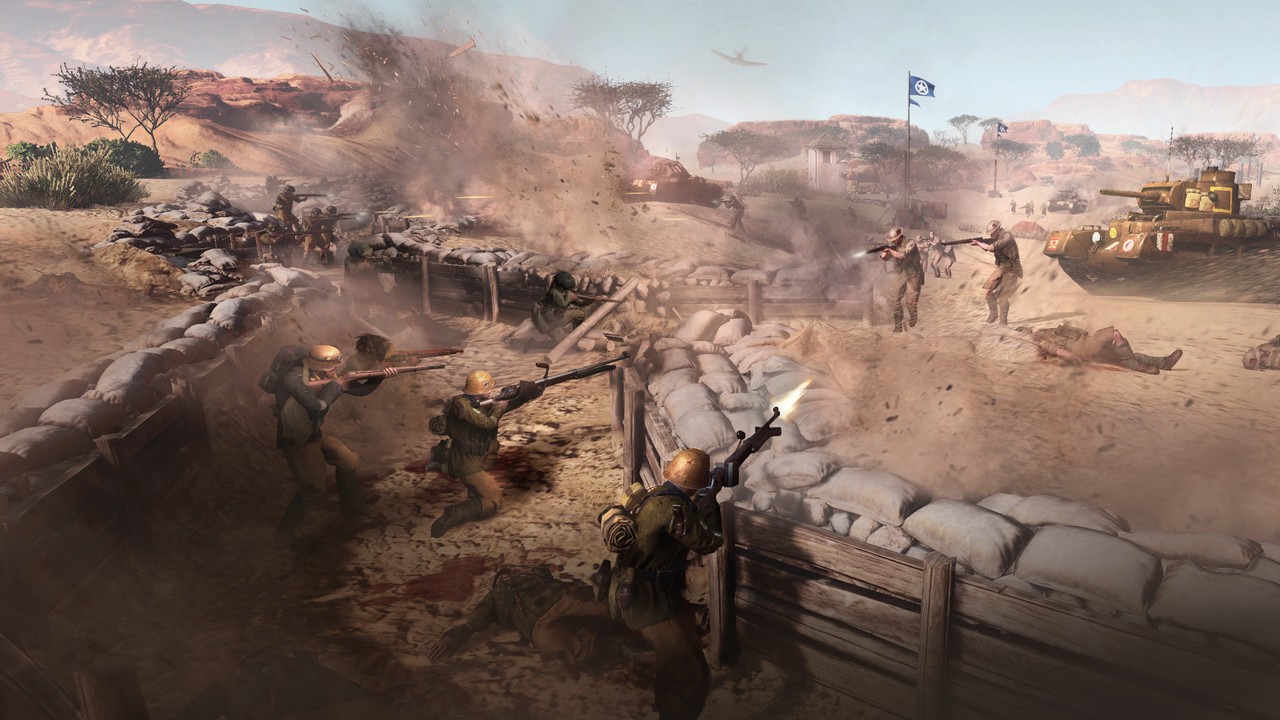 Another new feature is the Full Tactical Pause which lets the player freeze the game and issue multiple commands; and when the game unfreezes, your troops will carry out your order while you just sit and see the battle unfold. To be honest, the Tactical pause was useful, but I kinda forgot at times that the feature exists, so I think I need to get used to it first before I could utilize it fully. Regardless, letting you issue multiple commands is much appreciated, especially if you already have a fully laid out plan in mind. 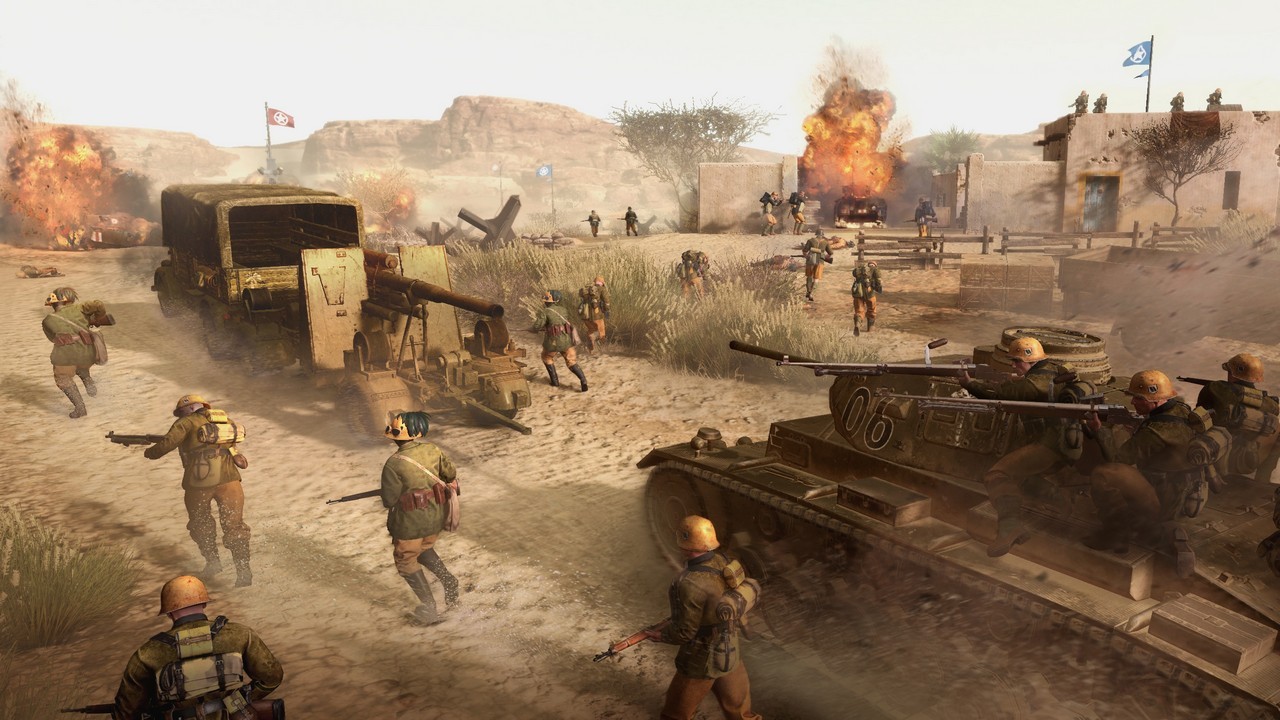 Perhaps the biggest highlight for me is the tank battles as the game now has more emphasis on armored vehicle combats with the introduction of the DAK. There is even a greater feeling of destruction that you can make on the battlefield with buildings going down and roads punctured with holes when tanks are deployed. This leaves a genuine feel of that war shock we can experience when the game is fully released.

The whole preview was pretty short, but it was enough to show the destructive environment and improved gameplay from the previous entries of the franchise. Plus the addition of the Full Tactical Pause and letting your infantry hitch-hike is a most welcome addition that Company of Heroes 3. Aside of course from the new faction which lets you play in a different perspective of the war.

But what I’m excited for the most about it is the heavy machinery that you can operate in this entry, so count me in when the game fully launches on November.