CONQuest Festival 2022 was great, and it could be even better

CONQuest Festival has nowhere to go but up. 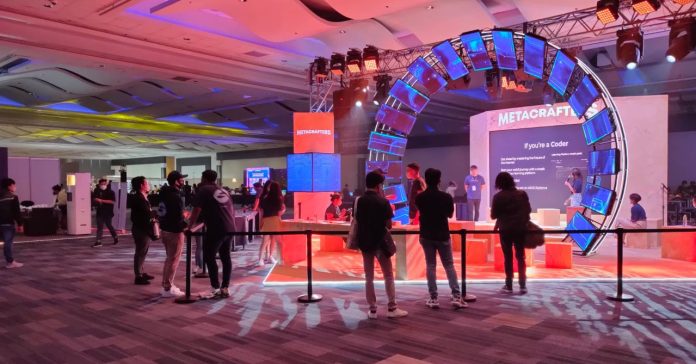 It was the biggest spectacle to come out of a two-year drought of events, and had all the bells and whistles to prove it. CONQuest Festival 2022 made its long-awaited return at the SMX Convention Center last July 23 and 24—essentially satisfying our anime, pop culture, and Web3 cravings; cravings we’ve had for so long. 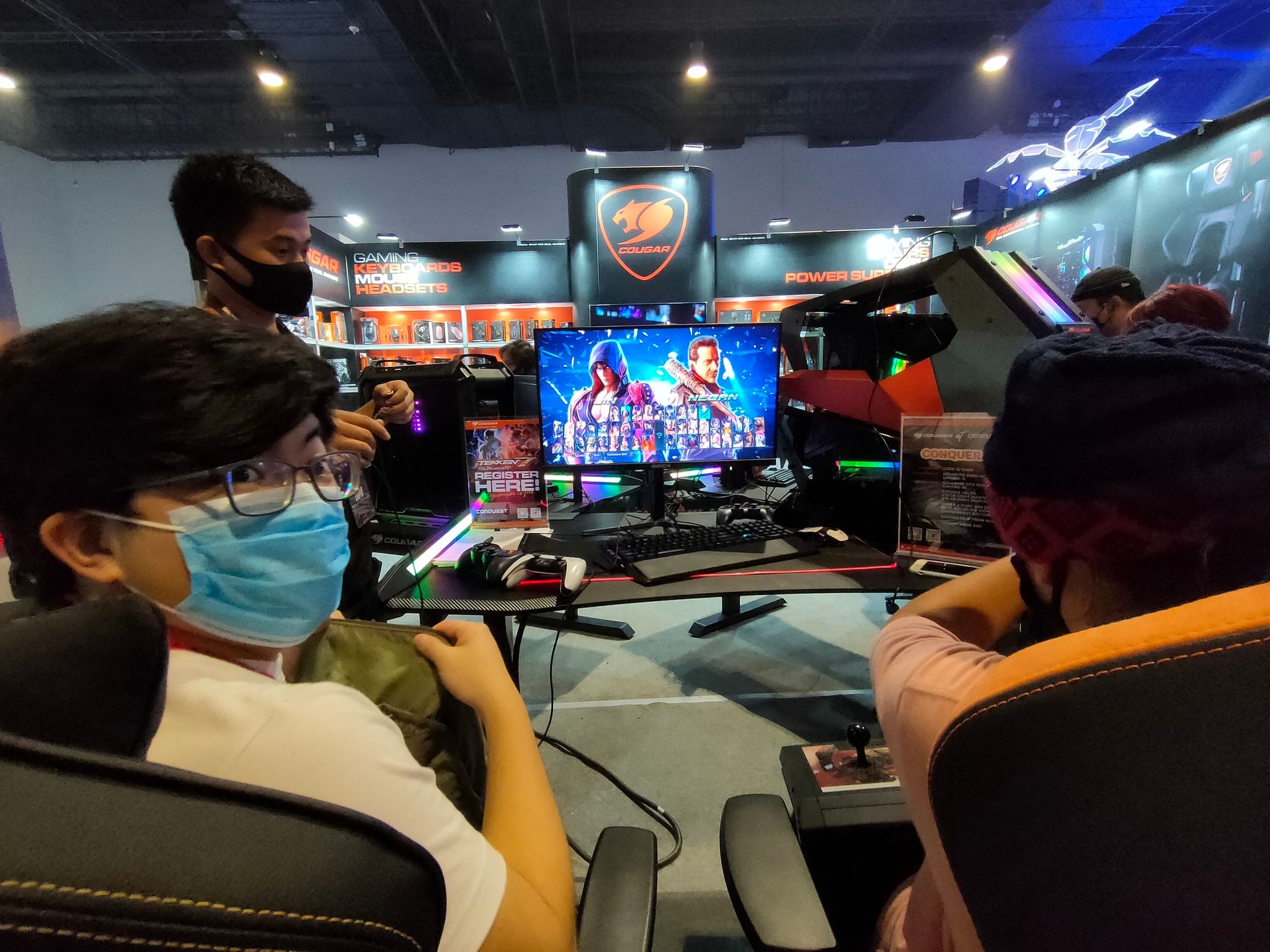 The good people at AcadArena promised just about heaven and earth to those who were looking to attend, and it’s fair to say that they did do good on that promise. There was a cavalcade of prominent guests, popular artists, and beloved content creators who graced both floors and multiple stages of the venue. There was much to explore, even more to be seen, and at the end of the day, a lot to unpack.

With the lineup of featured guests, one would expect a certain amount of buzz from any fan, casual or otherwise. You had content creators such as Michael Reeves and LilyPichu from OfflineTV. Kyedae of Valorant renown also made her quirky, excitable appearance. Genshin Impact royalty, Atsu and Tuonto graced the stage alongside Scamily. They even brought in Anne Yatco, Ratana, and Christian Banas to ensure that the Genshin Impact IRL mythos comes full circle.

These are but a few of the talents and content creators that CONQuest featured, and as expected, the tickets sold out like Ushankas in a Siberian winter.

This is where a few issues arise. The previous CONQuest did fairly well back in 2019. With about 7000 or so attendees at the Iloilo Convention Center, things couldn’t completely get out of hand. It was fun, and arguably a bit more intimate given the people attending. Now, if you take that same number of attendees and multiply it by ten, you’ll start to see where this is going. 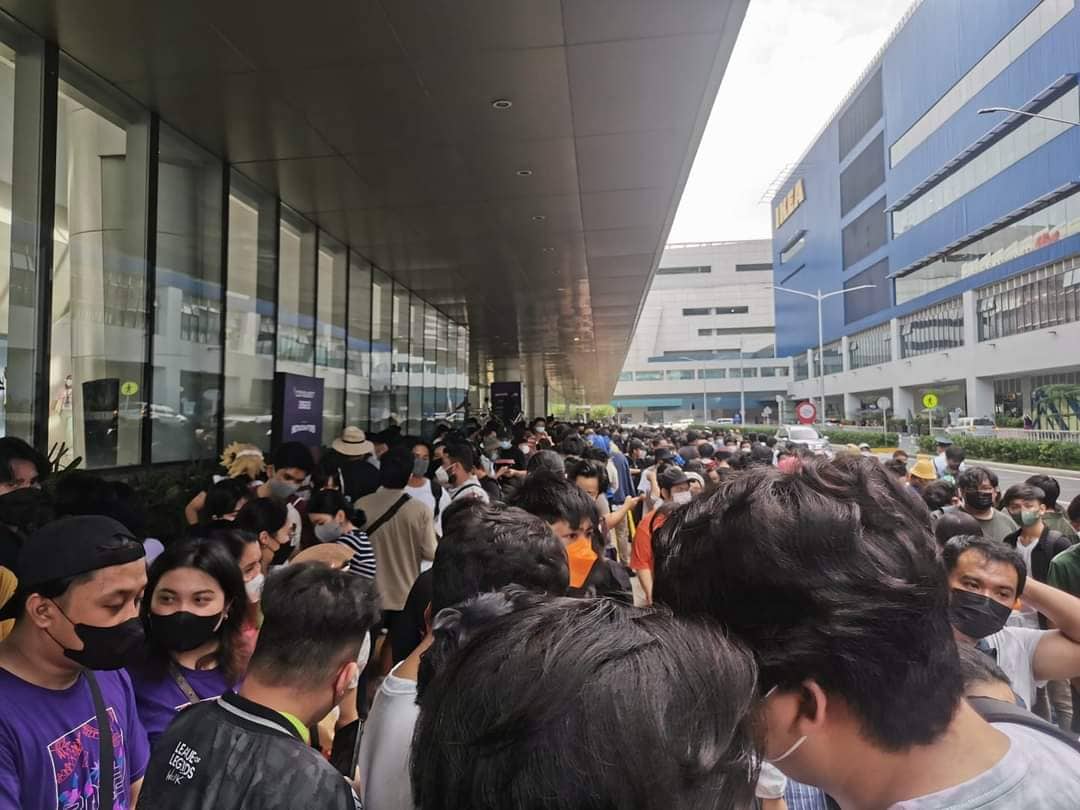 People started lining up before 7AM, and the line eventually circled around the venue by noon; for reference, gates opened at 10AM, meaning there were just a lot of people who attended the event.

While we did have the wonderful monstrosity that is IKEA providing much needed shade from the blistering heat, the number of people lining up never seemed to dwindle. For day 1, this would be the case up until later in the afternoon. You’d probably think all your troubles would end upon entering SMX, but that wasn’t quite the case. Both floors were packed with attendees, and even more so if there were guests featured at the Community Panel. It was tough to navigate, and even tougher to find each other.

The long lines aren’t the only things that needed attention. The booth layout left a lot to be desired, and provided quite the inconvenience for exhibitor and attendee alike.

According to some anonymous sources that we talked to, ventilation had its fair share of problems, causing both a hot and humid atmosphere around some areas of the 2nd floor. We also got some reports of people fainting. The sheer volume of people in attendance can’t be denied.

So, you see how that’s quite a bit to unpack. One cannot dismiss the fun and excitement that CONQuest provided in spades, but the issues were very real. Just check the official hashtag, and you’ll see. These are concerns that AcadArena needs to note down for future reference. This was a huge amount of salt in what could’ve been a very delicious two-course meal. 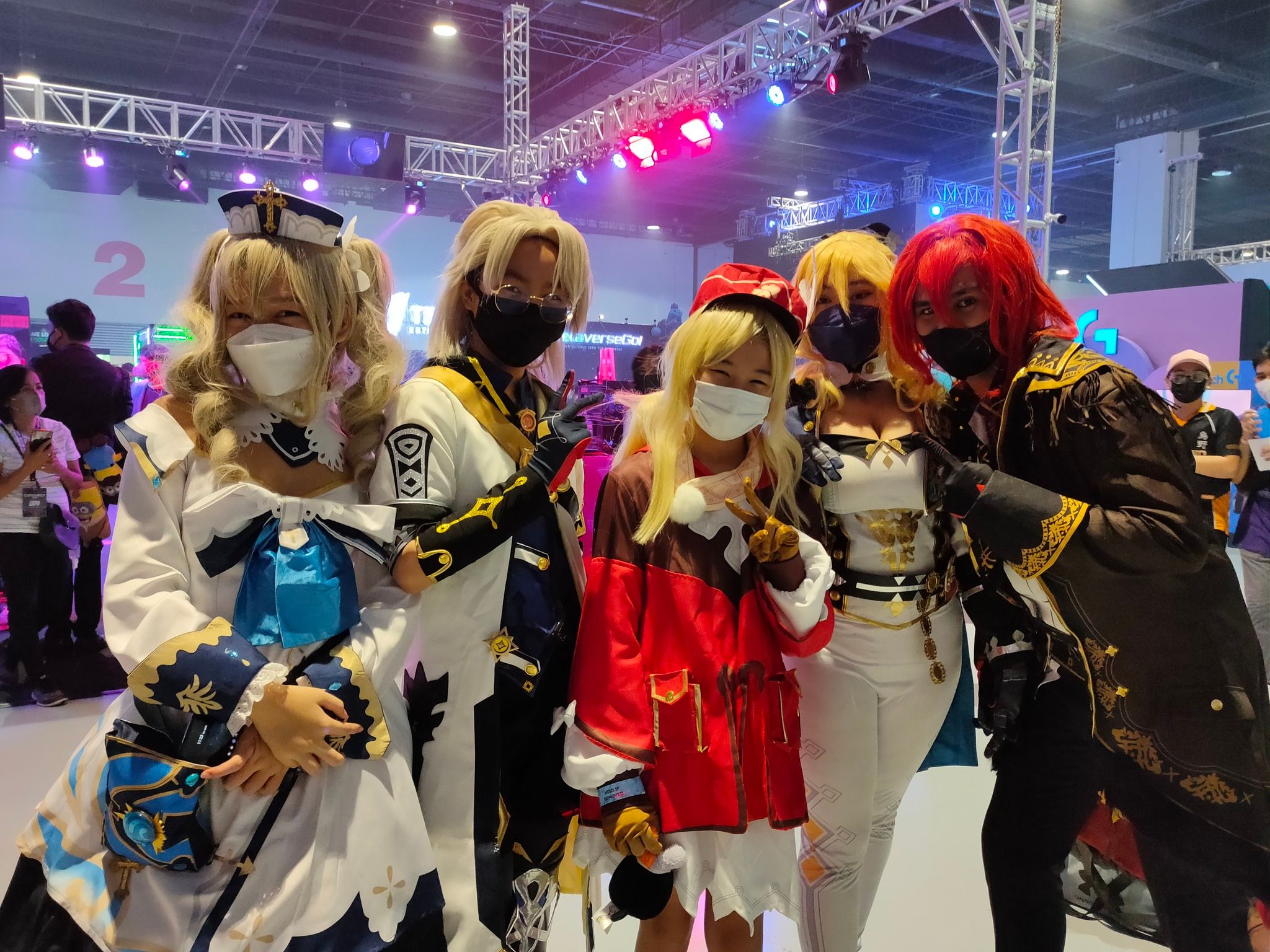 That being said, we also can’t dismiss how we truly felt once CONQuest wrapped up and everyone went their merry way. In spite of the issues, people left feeling content—happy. Exhibitors got to flaunt some merch, artists put their masterpieces on display, cosplayers got to strut their stuff, and some friends even got to reconnect. This, of course, includes being in the presence of celebrities, which is always nice.

It’s fair to say that in the grand scheme of conventions restarting operations, CONQuest did alright. It was by no means perfect, but people got what they came for, and then some. For the average attendee who simply wanted to go out and have a bit of fun after being cooped up for years, this was an absolute treat.

You can’t deny the joy one would feel, experiencing something as grandiose as a two-floor convention lined up with booths, merchandise, and cosplayers who absolutely brought their A-game—especially after such a long time. It’s the kind of happiness that we all needed. Events like these strengthen the bond between communities whose social circles only overlap occasionally. Whether you’re a gamer, anime fan, artist, or yes, even someone married to the blockchain, it’s safe to say that CONQuest was indeed, a lot of fun. It’s AcadArena’s second major event overall, and the first major event after the 2020 timeskip. There’s much room for improvement, and even more to grow. It’s exciting to see what they’ll do next.

So, like most things, we take the good with the bad. While the bad was there, and literally in broad daylight, that can be rectified—and I’m sure it will. The good, however, was truly good–and we can only expect it to get better.