Pre-register for the new Dynasty Warriors mobile game and get to win various rewards. 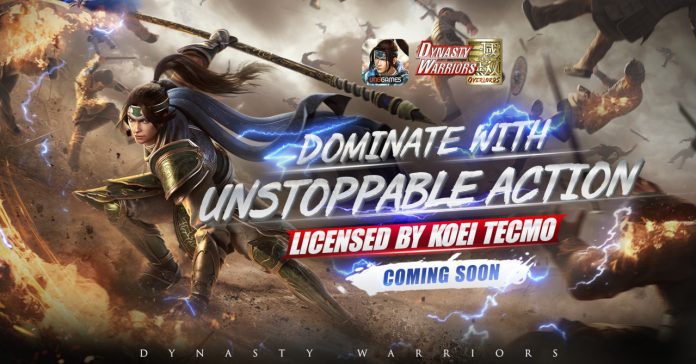 After its announcement back in 2020, the new mobile game Dynasty Warriors: Overlords is now available for pre-registration in SEA, including the Philippines.

Specifically, Overlords started its pre-registration period on July 12, and it will end on August 7, 2022. Players who pre-register for the game will get a chance to win an ASUS ROG 5s, GCash Wallet Credits, and various in-game items.

Overlords is a new mobile game entry in the long-running Dynasty Warriors game seires by Koei Tecmo. Much like its console counterparts, Overlords features action-packed hack-and-slash gameplay where players will be involved in the war of the Three Kingdoms. Players will face off against thousands of enemies, as well as conquer powerful generals.

Similar to other mobile games, Overlords features both PvE and PvP modes. In PvE, players can play solo in dungeons to get rewards. There are also other PvE features such as Storm where players must defeat as many enemies as they can within a time limit.

Here’s a rundown of the game’s highlight PvE features:

For more info on the game and to pre-register, visit the Dynasty Warriors: Overlords website.