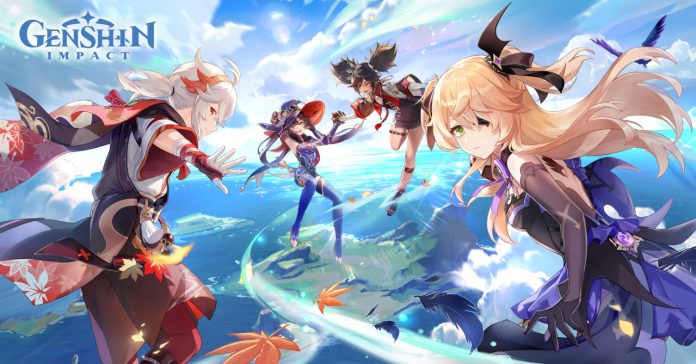 This new update will introduce new areas, more stories, new events, and more. Of course, the highlight additions of the new update are the new outfits, along with the next playable character.

The upcoming update will feature the start of the Summertime Odyssey seasonal event. In this event, the Golden Apple Archipelago will undergo a drastic makeover that adds new realms, more exploration gameplay, treasures, and storylines about the Traveler’s companions. Players who finish these adventures can also get a chance to recruit Fischl for free.

Players can also collect special conches which carry tales and messages during the “Resonating Visions” event where they can also redeem Fischl’s new outfit. There’s also the co-op event “Reminiscent Regimen” where players can set sail with friends and complete challenges at sea.

As for the new character, the update will introduce the four-star, Shikanoin Heizou. He is the first melee catalyst user in the game and can deal Ameno damage with powerful strikes and kicks, all while being able to cause extra elemental damage to enemies affected by Hydro/Pyro/Cryo/Electro.

Heizou will be available in the Event Wishes of Kaedehara Kazuha’s and Klee’s rerun in the early phase of Version 2.8.

Finally, Shikanoin Heizou, Diluc, and Kaedehara Kazuha will get receive events and stories of their own, with Diluc also getting a new outfit.