Kojima Productions is ready to take legal action against those who spread false information. 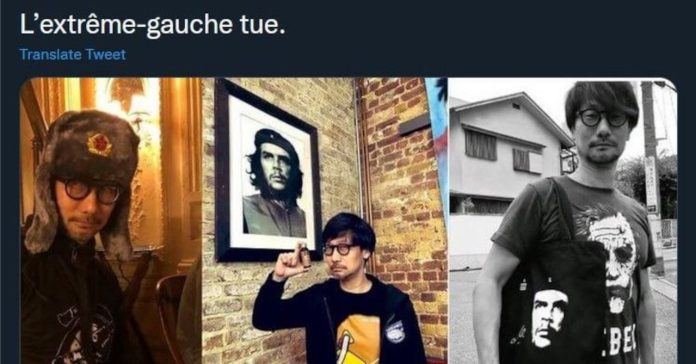 Specifically, following the assassination of Japan’s former Prime Minister, fake news spread online about how the assassin was Kojima. This was then posted on Twitter by a French right-wing politician, Damien Rieu.

In his Tweet, Rieu accused the far-left of being the cause of Abe’s murder, complete with an accompanying photo of Kojima.

Aside from Rieu, a Greek news station also misidentified Kojima as Abe’s assassin during a news report (via Kotaku). In the report, while talking about the suspect, photos of Kojima were shown in the broadcast.

Kojima has yet to post any response about this false information about him. Though Kojima Productions recently stated that they “strongly condemn the spread of fake news and rumors that convey false information.” They also said in their statement that they will “consider taking legal action in some cases.”

#KojimaProductions strongly condemns the spread of fake news and rumors that convey false information. We do not tolerate such libel and will consider taking legal action in some cases. pic.twitter.com/fDi0FR9kB0

These awful turn of events reportedly began with the fake news which reportedly originated from 4chan. The posts falsely linked Hideo Kojima to the assassination of Shinzo Abe.

The fact that a politician and a news station picked these posts up as shared them as fact is a frightening reminder of how quickly fake news and false information can spread online — an idea that Kojima himself explored in Metal Gear Solid 2.