Is the vivo T1 5G still good after longer-term use? 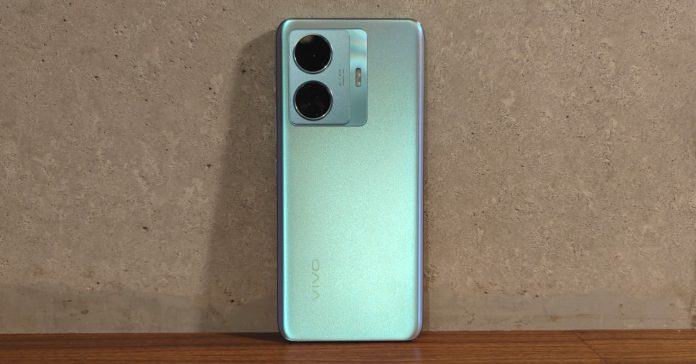 During the last week of May, vivo launched the T1 5G in the Philippines, a promising mid-range smartphone for gaming. And just a few weeks ago, we released our review of the said phone. In our review, we found that the T1 5G does indeed deliver great gaming performance, all while having great everyday reliability and fairly long battery life.

While we only recently released our review, we had the T1 5G review unit with us since around mid-May. We initially only planned on testing the phone for around two weeks (which is our typical review time), but after being quite impressed with the phone’s performance in our gaming test, we decided to test it out for a longer period. Specifically, I used the phone as my daily driver for around a month and a half to see if it still delivers after a slightly longer period of usage. This is because, while some phones impress in a two-week review period, some issues can pop up after a month or so (thankfully, this shouldn’t be the case for most phones released nowadays).

Now, while my time with the phone isn’t enough for a true long-term review, we’re going to explore if the vivo T1 5G is worthy of becoming your next daily driver based on well over a month of daily use. 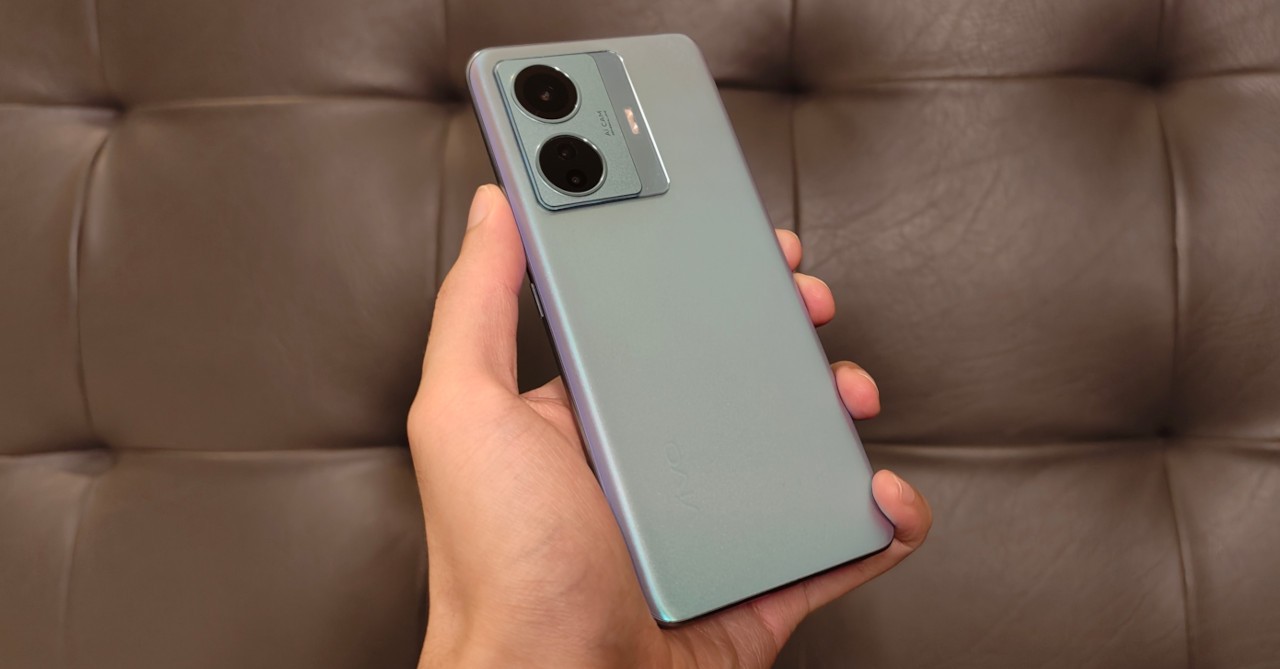 In our review of the T1 5G, we mentioned that it did not disappoint for everyday use as the phone was fast and snappy in our initial review time, whether for running social media and email apps, to checking emails. The phone also felt smooth to use when scrolling through the home screen and between apps thanks to the fast 90Hz refresh rate display.

My worry here is that, when the phone gets filled up with lots of apps, the everyday user experience can take a turn for the worse. This is because I had experience with some phones slowing down after I install lots of apps.

So, how did the T1 5G fare? Well, the phone thankfully did not slow down or get choppy performance during my month-and-a-half of using it. Even if I was using over half of the phone’s 128GB internal storage, having many apps installed did not cause any issues.

I also tried out some photo and video editing apps on it, and it didn’t have issues while running these productivity apps. Of course, the apps I used were still fairly light compared to other apps. 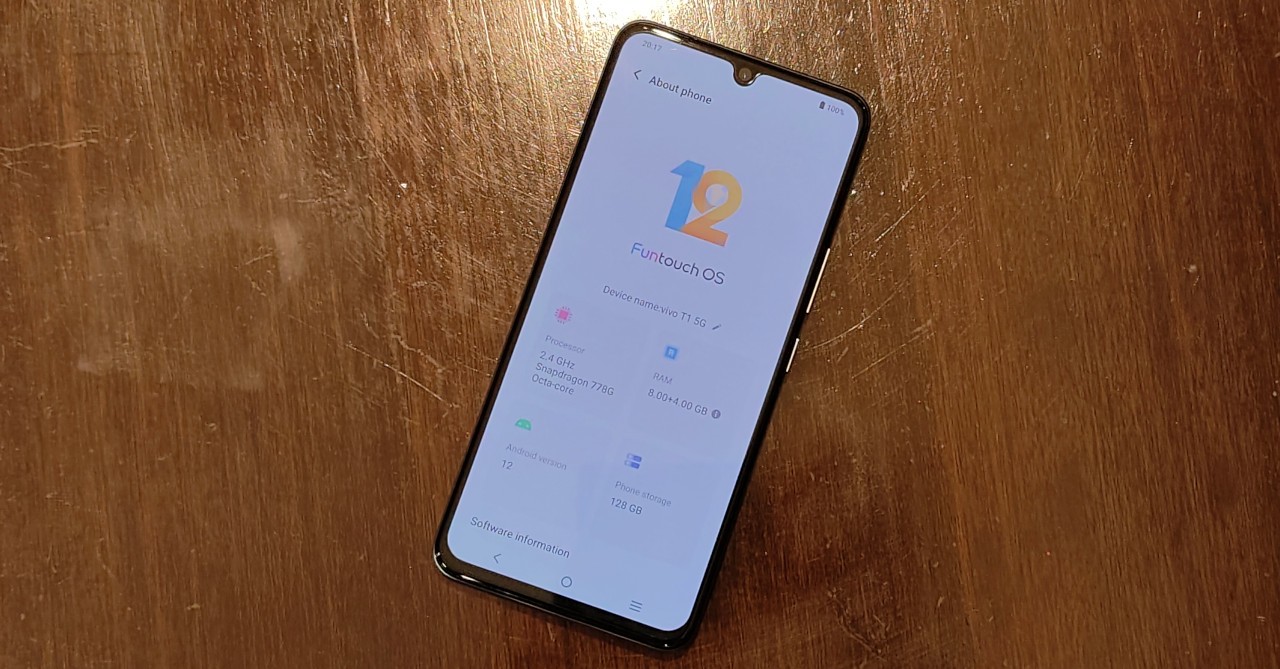 Another great thing about the T1 5G as a daily driver is that it did not get hot, even when using it outdoors. Some phones I tried before got noticeably warm when I was using them outdoors in the Philippine heat, but the T1 5G didn’t. This is great news as a phone getting warm may not be an issue at first, but high-temperature running can affect battery life in the long run.

As for cameras, the T1 5G’s triple rear camera setup did have any issues during my daily driver test. The phone’s shooters were still able to deliver good quality snapshots in both daytime and nighttime. 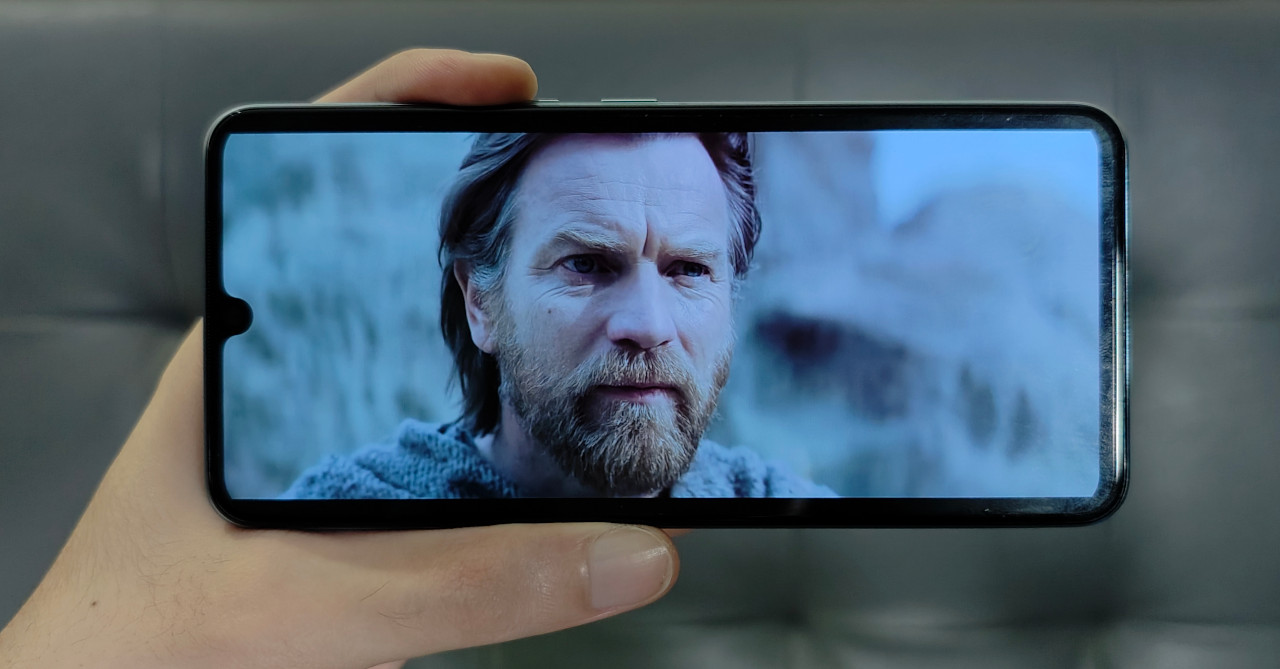 Before we forget, the T1 5G packs a 6.44-inch AMOLED display which impressed us for movie/series watching and gaming in our initial review. After daily driving the phone, the AMOLED continued to impress thanks to its vibrant colors and deep blacks. And you won’t have to worry about any screen burn-in in the medium term as there were no signs of OLED burn-in during our time with it. 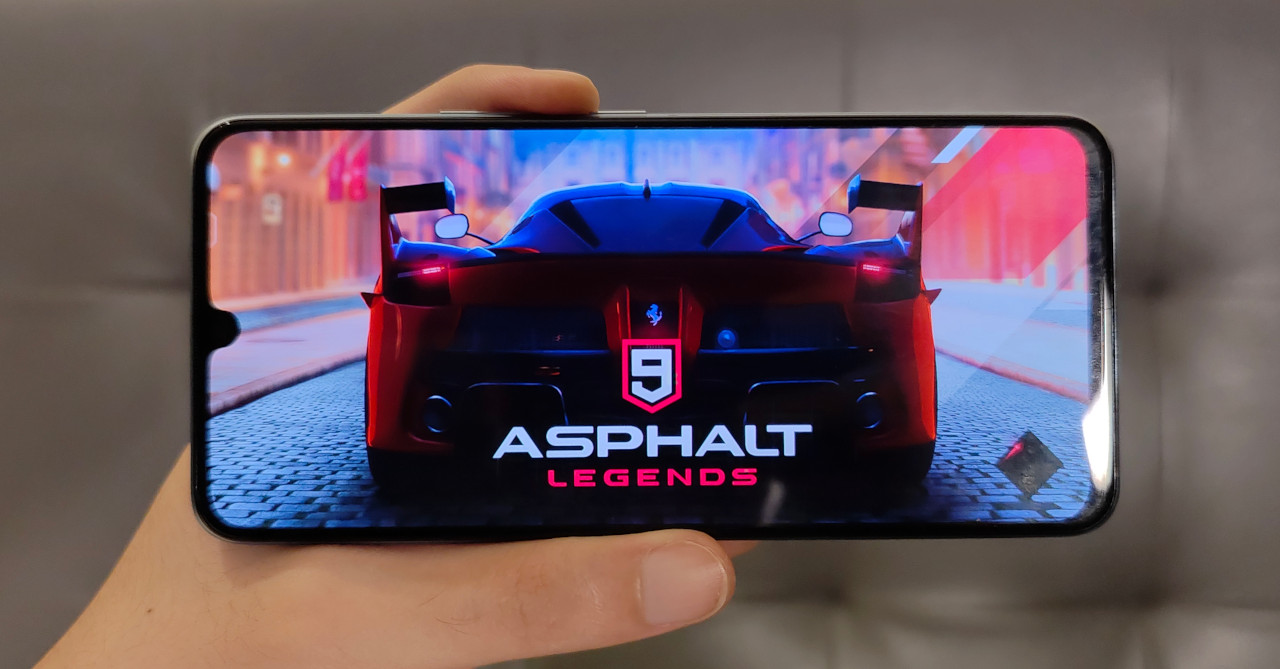 Everyday reliability aside, how does the vivo T1 5G hold up for gaming in the medium term? Well, in my daily driver test, the T1 5G continued to deliver great gaming performance, whether it’s running MOBAs or shooters.

For starters, the T1 5G was a great match for playing MOBAs like Mobile Legends and League of Legends: Wild Rift. I played Wild Rift for a couple of afternoons on the T1 5G when I found the time, and it did not see any dips in performance as it held to a smooth 60 FPS in my gaming tests.

The same can be said for shooters like Call of Duty Mobile. In my longer-term test, Call of Duty Mobile still ran well. Even games such as Genshin Impact continued to run well on the phone, even at higher graphics settings. With these results, you can rest assured that the T1 5G will continue to be a solid gaming smartphone even sometime after you purchase it. 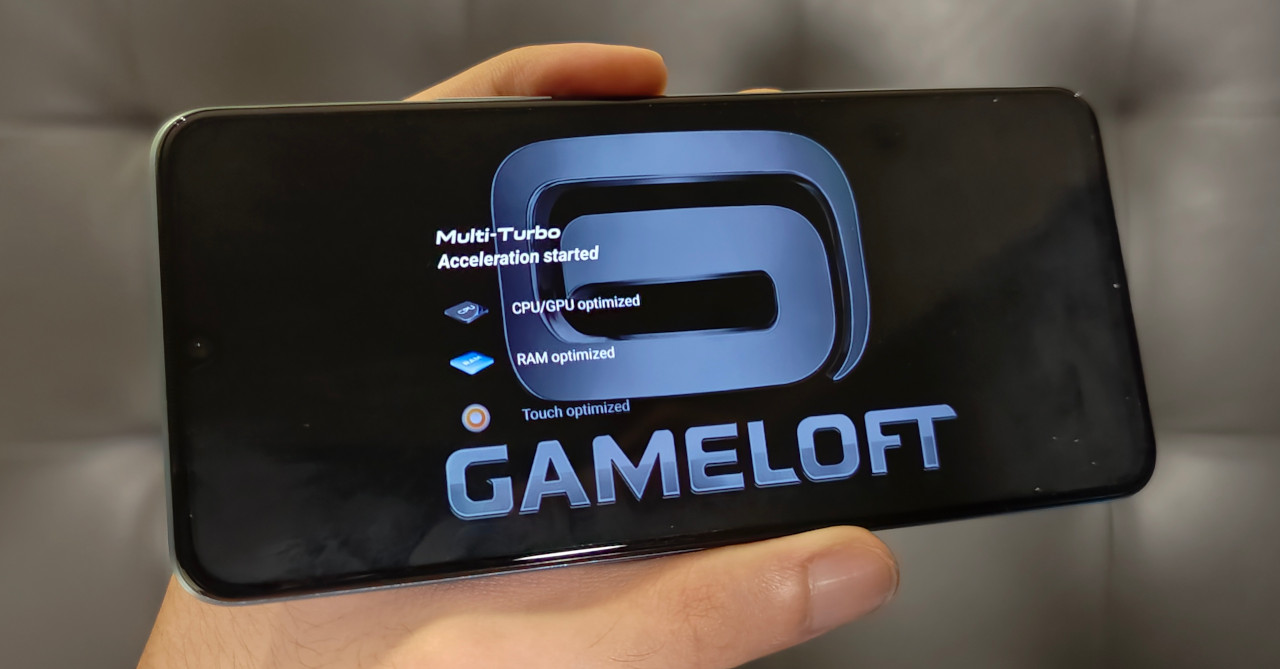 One thing to note for the T1 5G as a daily driver is how useful the Multi Turbo 5.0 and quick access menu are. In case you’re unfamiliar, Multi Turbo 5.0 optimizes the phone for better gaming performance while the quick access menu gives you easy access to shortcuts such as notifications, and more. This menu specifically is useful as you can access features without leaving the game and having to go back to the home screen.

Finally, the T1 5G surprisingly doesn’t get hot when playing games. Granted, I spent most of my gaming time with the included clear case on, but it’s nice that the phone didn’t feel warm to the touch when under load. This is thanks to the ultra-large vapor chamber cooling system that vivo packed inside the phone which proved effective in controlling its thermals. 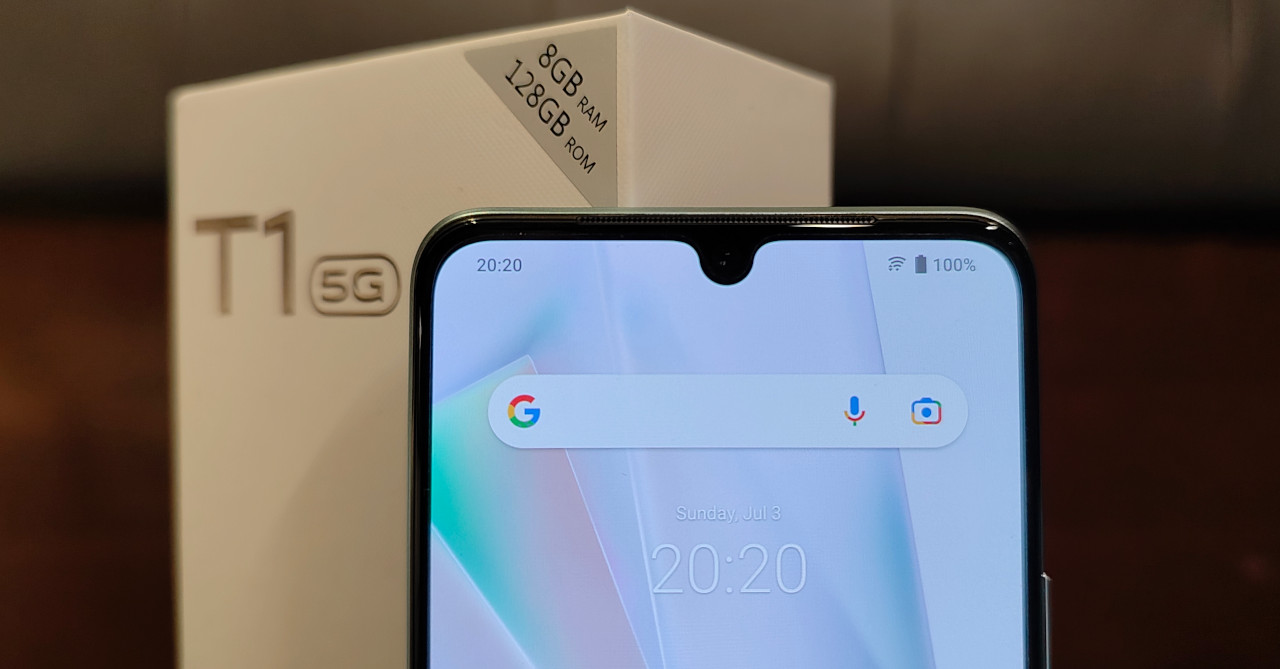 For our final topic, let’s talk battery life. In our review, we mentioned that the T1 5G is able to last for around a day of use with ease, or even more if you use it for lighter workloads.

After well over a month of use, I did not notice any issues with the phone’s battery as it continued to last me for a day of use. Of course, your mileage may vary as you can still drain the phone’s 4,700mAh battery if you game non-stop for hours on end. But for most users, the T1 5G should be a smartphone that can last for a full workday (or even more).

As for charging, the 66W fast charging feature proved to be one of my favorite features on the T1 5G. While most mid-rangers feature one form of fast charging nowadays, the T1 5G is noticeably faster at charging as it can reach up to 50% in just under 20 minutes. Thanks to this, even during the times when I forgot to charge the phone at night, I was able to get hours of use after a quick top-up in the morning. 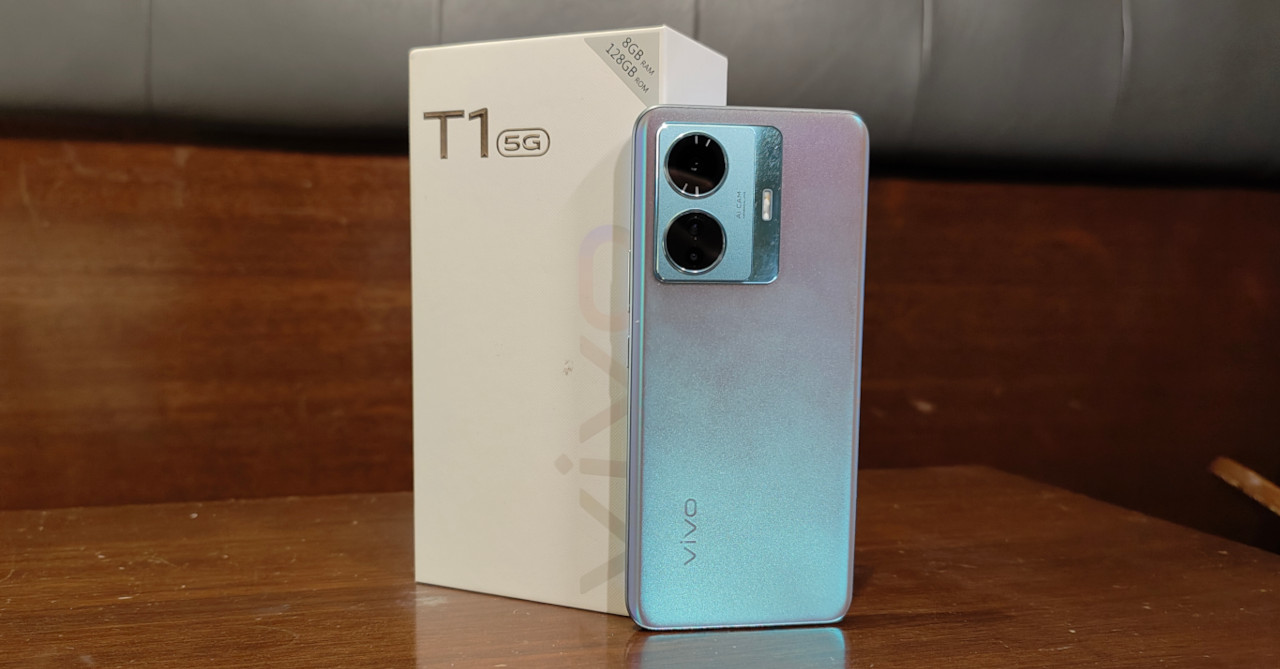 As we said in our final verdict in the T1 5G review, the new vivo mid-ranger did not disappoint as a mid-range gaming smartphone. And now that I’ve been able to use the phone for more than a month, the vivo T1 5G solidified itself as one of the top mid-range gaming smartphones that you can get today. This is thanks to its great gaming performance, as well as its everyday reliability and battery life that continues to impress.

The vivo T1 5G is available now for PHP 16,999, and you can get it in vivo concept stores and partner retailers nationwide. Online, you can also get your own T1 5G via the official vivo Shopee and Lazada stores.