The collab is coming this August! 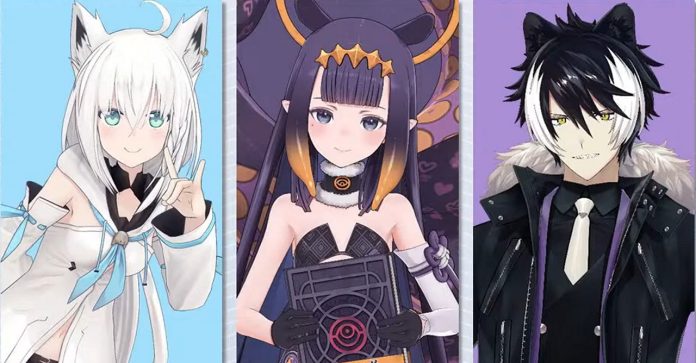 More content was also revealed during the recent SEGA livestream which showed the game’s content roadmap which includes more crossover content with another game and a new anime show based on the game coming in October and November 2022, respectively.

Phantasy Star Online 2 New Genesis’ Hololive collab will bring three new outfits — one each from Hololive JP, EN, and Holostars members. Namely, the three chosen members appearing in the collab are Shirakami Fubuki, Ninomae Ina’nis, and Kageyama Shien. During the event, players can collect several items that will turn their avatars into these VTubers in-game. 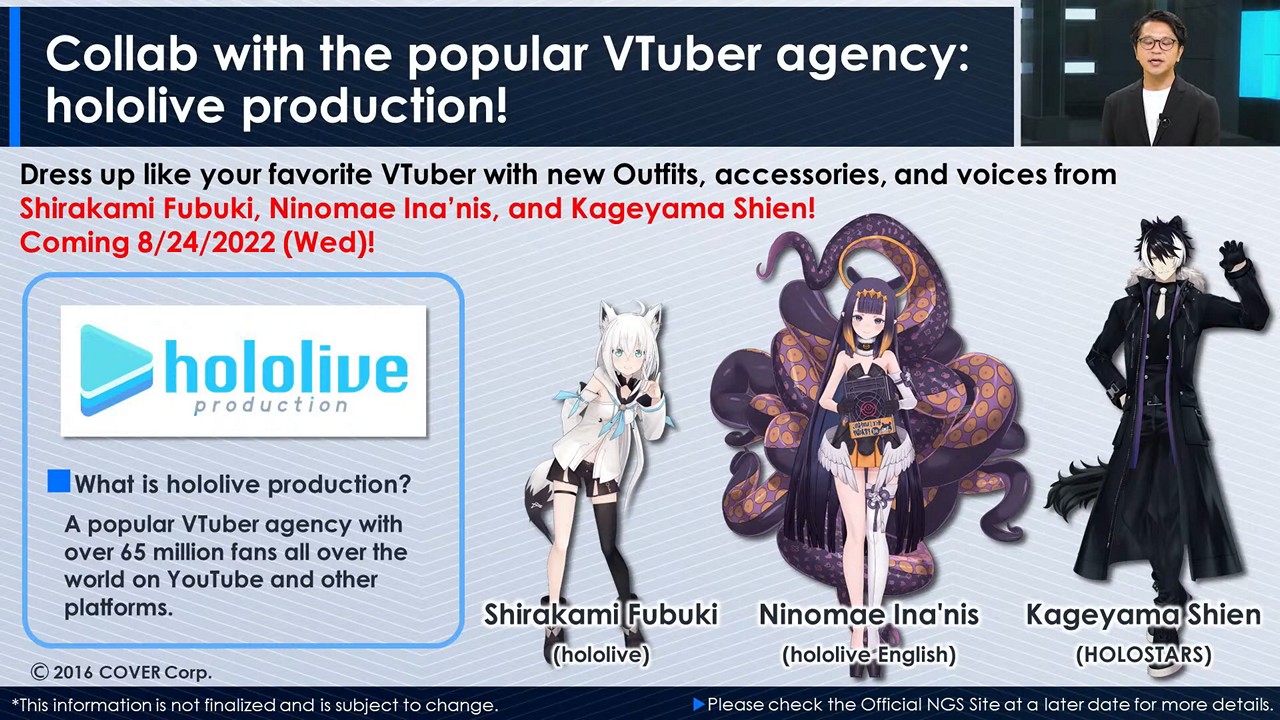 All cosmetics can be obtained through the special “Virtual Streamer” scratch that will also include items and cosmetics based on NGS Japanese streamer Sabakuro and Phantasy Star’s very own VTuber Popona. Stickers based on the Hololive and Holostars logo can also be collected by all players. These stickers will also include the three featured VTubers’ personal logos. 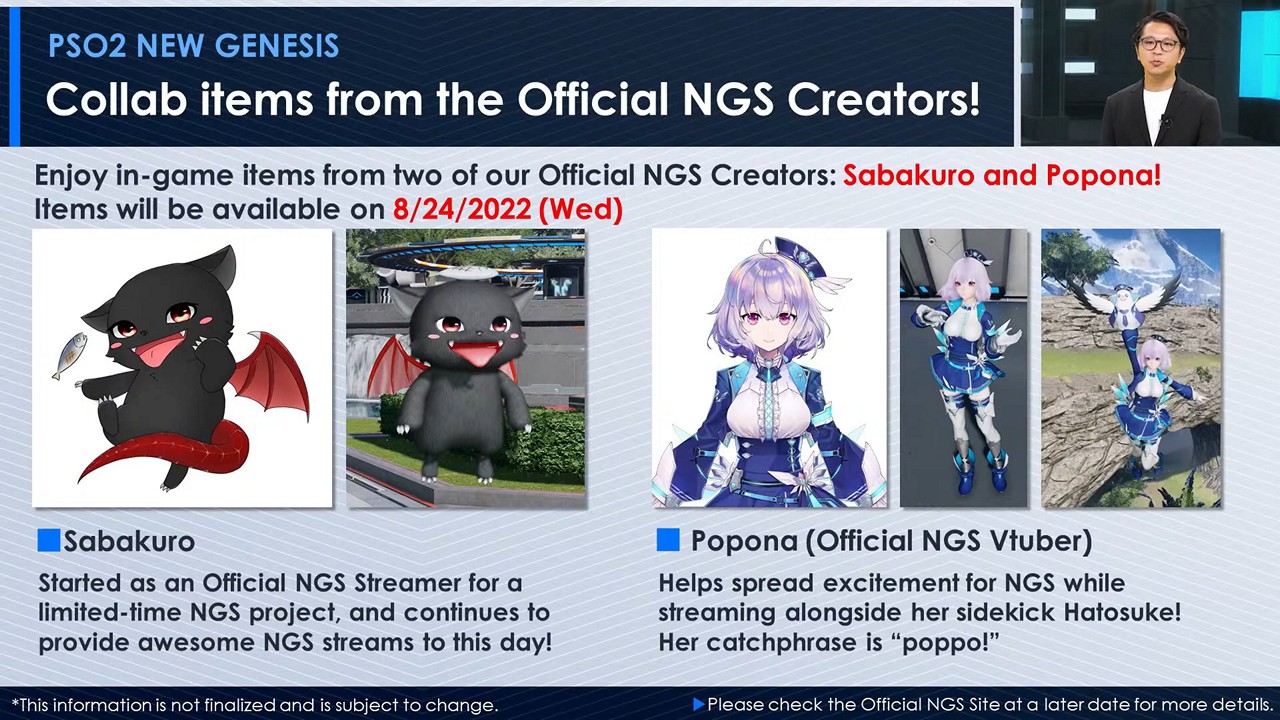 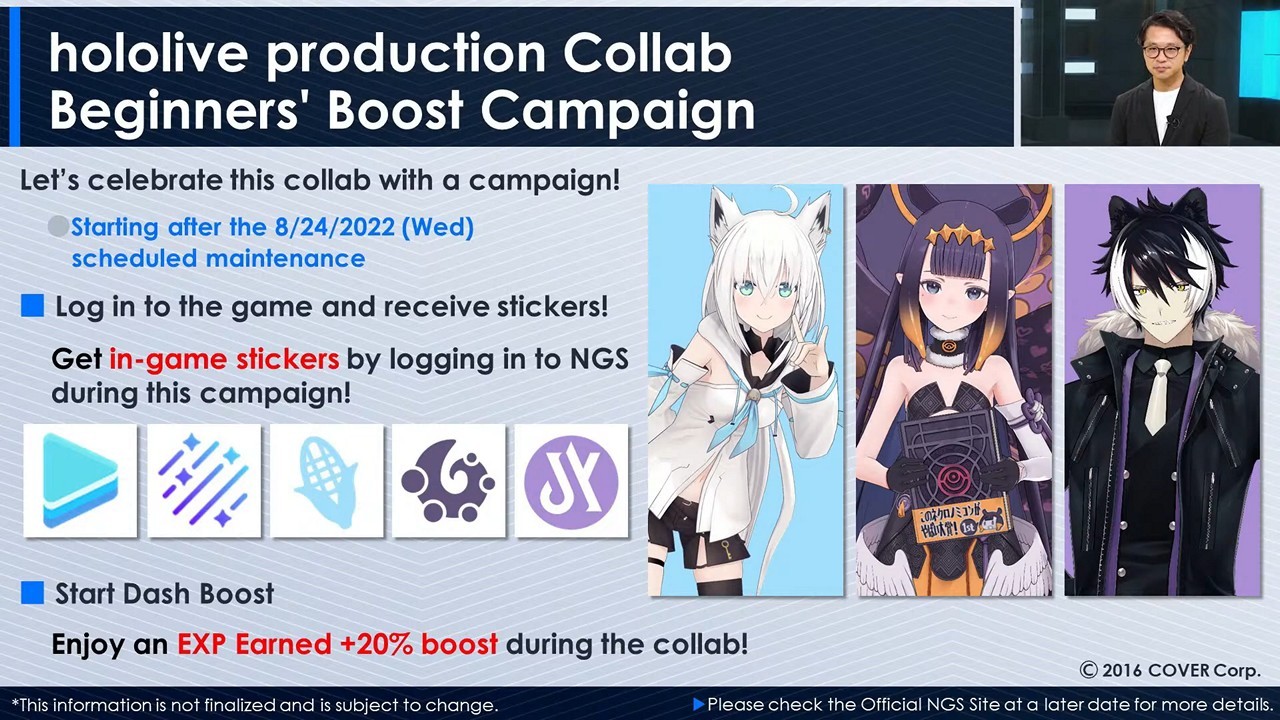 The Hololive collaboration will start this can also be collected by all players.