realme's new "flagship-disruptor" is launching in the PH tomorrow. 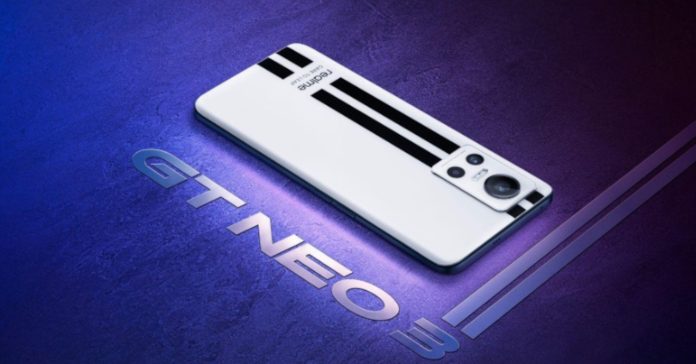 After launching the new realme 9, realme is gearing up for the launch of another new smartphone, the GT Neo 3.

realme bills its latest upcoming smartphone as a “flagship-disruptor,” meaning it should pack near-flagship level performance, all while having a price tag that won’t break the bank.

While the price of the GT Neo 3 in the Philippines will only be revealed tomorrow, it specs have already been revealed. This new phone is powered by a MediaTek Dimensity 8100 5G processor that’s paired with a large 5,000mAh battery with 80W SuperDart Charge. 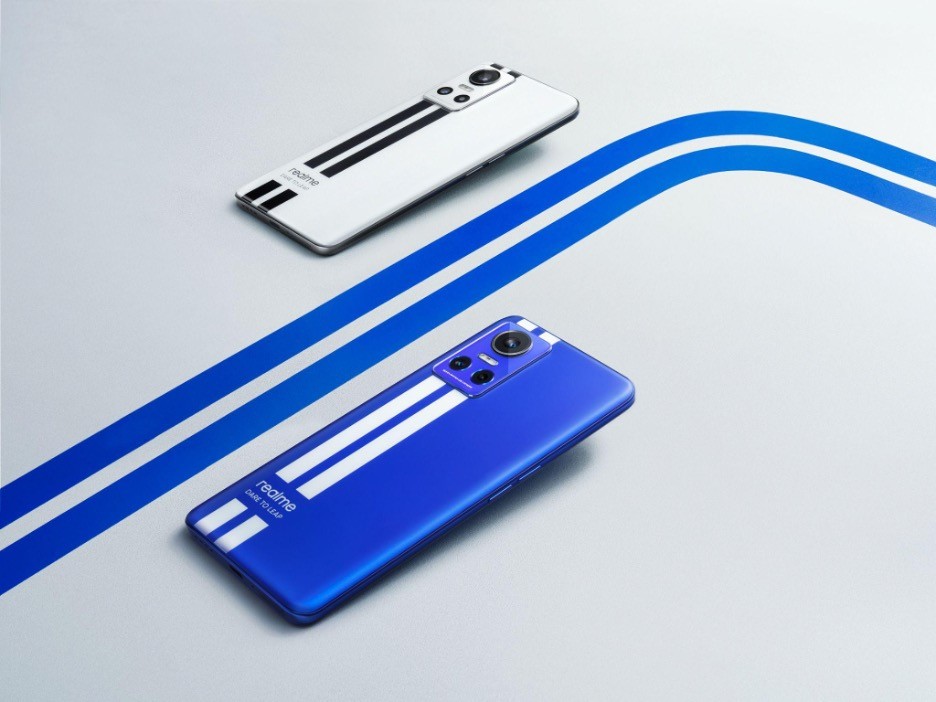 For its display, realme packed the phone with a 6.7-inch OLED display, complete with a 120Hz refresh rate.

Moving to its cameras, the phone features a triple camera setup with a 50MP Sony IMX766 Rear Camera with OIS. This is complemented by an 8MP ultrawide and a 2MP macro camera. At the front meanwhile is a 16MP selfie shooter.

Finally, the phone’s design is distinct with its “Racing Stripe Design” that is on the phone’s two color options: Sprint White and Nitro Blue. 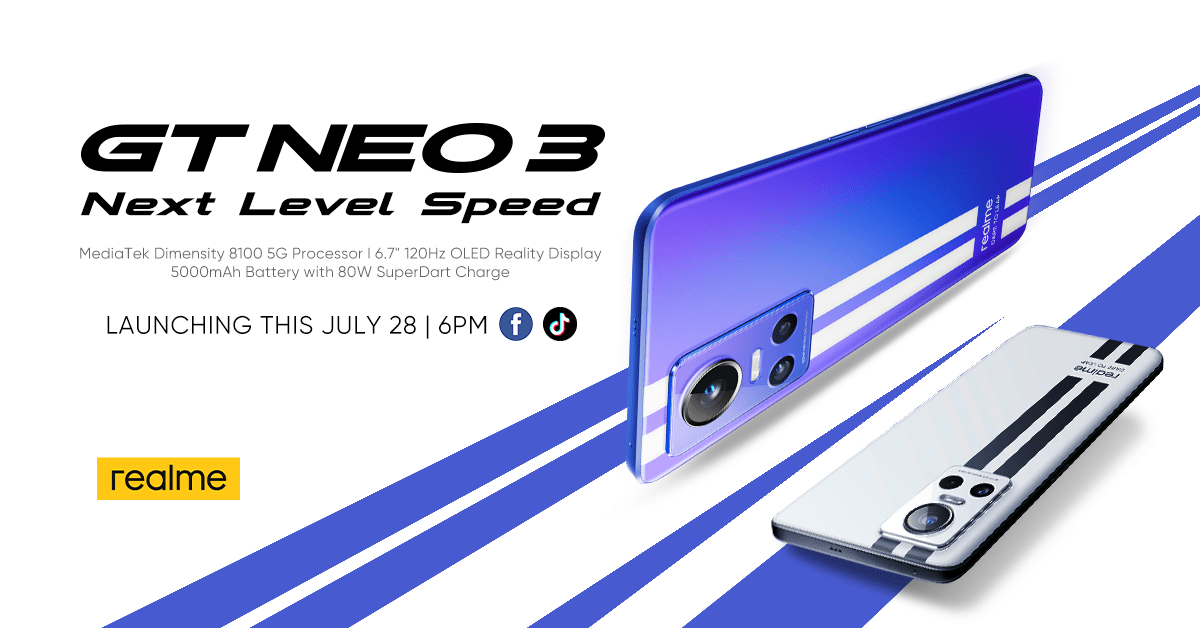 The realme GT Neo 3 livestream launch will be held via the official launch page on Facebook and on realme’s official TikTok page tomorrow, July 28, 6PM.