Sailor Freddie Mercury is real and as awesome as you think 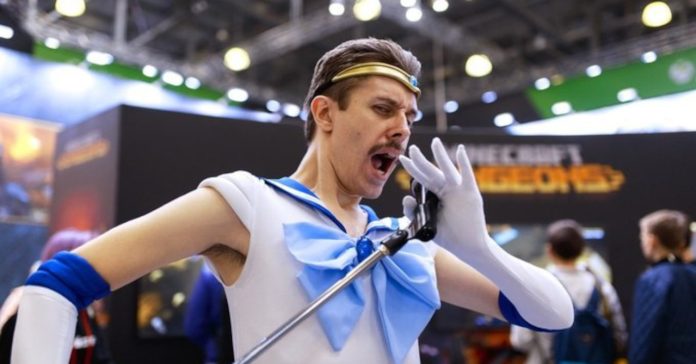 Anime Expo 2022 unveiled a ton of things over the week–all of which were pretty awesome if we’re being completely honest. However, no one was prepared to see a classic anime meme brought to life with such breathtaking accuracy. Sailor Freddie Mercury made his much-awaited debut, and the internet is going wild.

Popular Twitter Cosplayer Alex Drastal, who’s also known for very tasteful and cultured Geralt of Rivia reimaginations, brought the character to life by combining Queen’s frontman and the most studious senshi in a glorious cosplay amalgamation. I mean, just tell me that isn’t something truly epic.

Indeed, we’re not done with our Sailor Moon run just yet. Since Sailor Moon Cosmos is set to release next year, a lot of hype has been building up. The aforementioned anime project is looking to take the “Stars Arc” into a modern direction while still seeing our original senshi take on evil imposters, a la Power Rangers. Great stuff.

But until then, we’ll have more of this. Yes, please.

For those unfamiliar, Sailor Moon Cosmos is a direct sequel to Sailor Moon Eternal and is part of the Sailor Moon Crystal franchise acting as Crystal Season V.

The movie was produced by Toei Animation and Studio Deen, and is set to release in Japanese theaters in Summer 2023, with no official news for online streaming just yet.