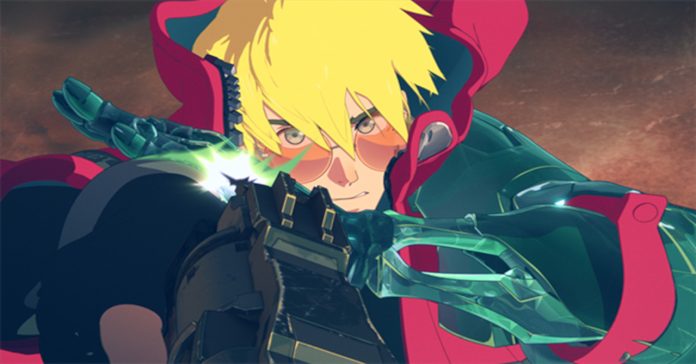 After a few teasers in the past couple of months, Yasuhiro Nightow, alongside TOHO and CG studio Orange unveiled a new trailer for the Trigun Stampede anime at a Trigun panel at this year’s Anime Expo in Los Angeles.

What we got was a totally different look for our good ol’ Humanoid Typhoon. The updated hairstyle may be an acquired taste, but it’s grown on me.

Check out the trailer for Trigun Stampede here:

To direct the anime, Orange acquired the talents of a man with many hats, Kenji Mutou (Cavity Express, BEASTARS, Land of the Lustrous). Kouji Tajima takes charge of handling concept art for the anime’s design and characters overall. Speaking of concept art, the key visuals look pretty sweet, too.

In terms of the VA cast, we have a solid lineup.

Now, a bit of a history lesson for those unfamiliar. The original Trigun manga ran on Monthly Shonen Champion from 1995-1997, to be followed by Trigun Maximum via Young King OURS from 1997-2007. Later on, Dark Horse released the English edition. The first anime series produced by studio Madhouse (the one we know and love) aired in 1998, with the film Trigun: Badlands Rumble released in 2010. Madhouse really delivered through the decades.

While there’s no news of whether we’ll be seeing Trigun Stampede on any other streaming service, Crunchyroll will simulcast the anime internationally upon release in 2023.