The entire Yakuza series is coming to PlayStation Plus

Now's the best time to jump into the series! 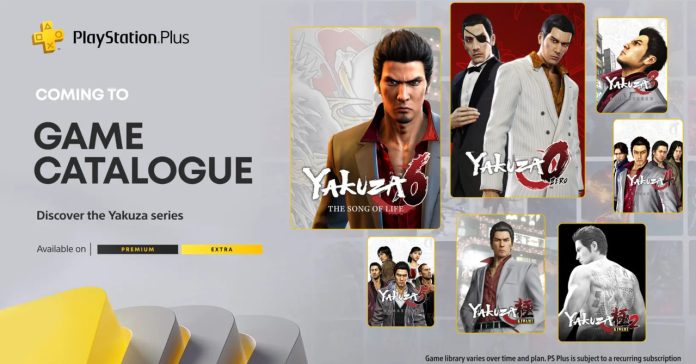 PlayStation has just announced that the entire Yakuza series is coming PlayStation Plus Premium.

Specifically, all eight games in SEGA’s long-running series will be available for players who have a PlayStation Plus Premium subscription. Meanwhile, PlayStation Plus Extra subscribers will also get a selection of Yakuza games, but not the entire series.

8 Yakuza games are coming to PlayStation Plus in 2022, with first titles becoming available in August.

Take note, when we say the entire series, we mean the mainline titles, including Yakuza Kiwami, Kiwami 2, 3-5 Remastered, 6, and Like a Dragon (which all released on PS4 and PS5). Of course, given that the OG Yakuza 1 and 2 were not released outside of the PS2, they are not available.

Here’s a list of all the games in the series that will be available and in which tier: In a separate announcement, Sony revealed that Yakuza: Like a Dragon will be part of the August 2022 free games lineup, alongside Tony Hawk’s Pro Skater 1+2 and Little Nightmares.