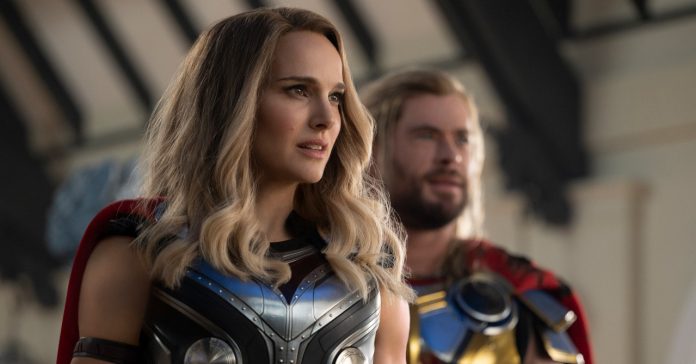 This year has so far been an exciting one for Marvel fans. Not only did we get Doctor Strange in the Multiverse of Madness, but there are also the Disney+ shows Moon Knight and the ongoing Ms. Marvel. Now, the next MCU project is upon us, and it is none other than Thor: Love and Thunder.

When Ragnarok was released back in 2017, it was an instant hit as director Taika Waititi’s brand of humor was a seamless fit with the God of Thunder. It also helped that the supporting cast including Loki, Hulk, Valkyrie, and Korg helped give the film lots of comedic and fun moments. Ragnarok was so good that a lot of fans consider it as not only the best Thor film but also one of the best MCU movies ever

Now, Thor and the gang (sans Loki and Hulk) are back in Thor: Love and Thunder. If you’ve seen the trailers, you probably already know that the film also features the return of Dr. Jane Foster, Thor’s love interest from the earlier movies. But instead of just returning as herself, Jane Foster finds herself transformed into the Mighty Thor.

So, does this new Thor film live up to its predecessor? And does Jane’s return give us a satisfying reunion? Here’s our review!

A Lovely and Hilarious Spectacle

I won’t go into much detail regarding the story, but what I can say that isn’t a spoiler is that Love and Thunder sees Thor reuniting with Jane, but with Jane having Thor’s powers. The two will have to use their powers against a powerful foe, all while getting to grips with their past relationship.

While this is an action-packed Marvel flick, at its core, Love and Thunder is actually a love story. In a way, this is an MCU take on a romance movie, and it works! Thor and Jane’s relationship is the focal point of the film’s story, and it makes sense to give Thor an adventure that hits close to his heart, especially when you consider how much he has been through since the events of Ragnarok. Of course, their enemy is still fearsome, but the scope of the story feels a bit more personal which is a refreshing change.

As Thor and Jane’s relationship is what the film is about, it shouldn’t come as a surprise that the movie’s main theme is all about love. Whether it’s romantic, parental, or platonic, the film explores the power of love. Yes, it sounds cheesy, and it totally is, but it works. And It’s just great to see a Marvel movie with an actual theme or message at its core, and it’s even better to see it come across well.

To complement the central theme of love, Love and Thunder (as its title implies) adds a lot of Thunder in the way of action and comedy. The film features several exciting action sequences that are a treat to watch on the big screen thanks in large part to the bright color palette.

Along with action, Love and Thunder adds a healthy dose of comedy. I won’t spoil which parts of the film are funny as they are best experienced as blind as possible to spoilers. But I can assure you that if you had a great time watching Thor Ragnarok, you’ll definitely have lots of thunderous laughs while watching this new Thor flick.

But it’s not Ragnarok

Love and Thunder is no doubt an entertaining movie with a lot of heart, but as someone who considers Ragnarok as one of the best the MCU has to offer, Love and Thunder just falls a bit short.

There’s also the villain, Gorr the God Butcher. To be fair, I thought Christian Bale did great as Gorr. His storyline was also well thought out in my opinion as his actions and motivations do reflect and add to the film’s main theme of love. It’s just that there’s not enough of him in the movie. Though this is something that happens with a lot of MCU films as the 2-hour running time is often not enough to fully flesh out a villain without shortchanging the main character’s arc.

Aside from Gorr, the Guardians of the Galaxy also weren’t given much to work with. While they featured prominently in the trailers, they really don’t appear for that long in the movie. So, if you were expecting this to be a Thor + Guardians team-up movie, you might be disappointed.

While these may seem like big knocks on the movie, make no mistake, Thor Love and Thunder is still an entertaining and fun Marvel movie. It’s just that the bar was set incredibly high by its predecessor.

Thor: Love and Thunder may not reach the same heights of Ragnarok, but it’s still a great Marvel movie that’s well worth watching in cinemas for MCU fans. The film features great action, lots of laughs, and a touching story about love. Again, it’s refreshing to see a Marvel flick that’s a bit more personal in scale and features such as a strong central message. For this reason, Love and Thunder is overall a strong entry into the Marvel Cinematic Universe.

Thor: Love and Thunder will release in the Philippines tomorrow, July 6. Visit the official website to get tickets.