Amazon Prime Video is making a big investment in the Philippines

Amazon Prime Video is investing heavily in the Philippines with new content. 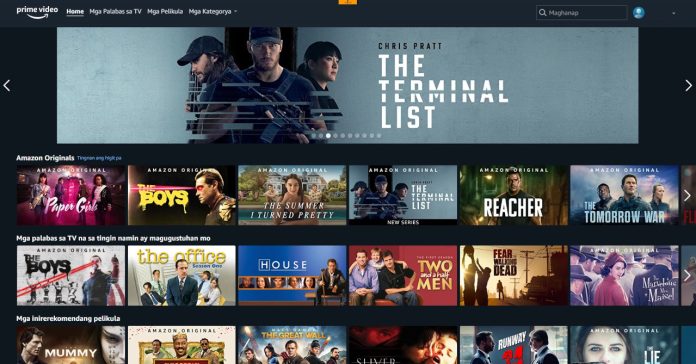 Amazon Prime Video recently announced it will be increasing its investment for customers in the Philippines, Thailand, and Indonesia.

This new original is a comedy challenge show that will release in 2023, and it is described as:

In Comedy Island: Philippines, the mysterious island of Tawa-Tawa reappears after 100 years to commence the so-called ‘centennial games’ starring the best 8 players, consisting of comedians and celebrities. Only one will emerge as winner and will receive an essential gift that humanity needs.

For local shows, there’s Big Night, How To Love Mr. Heartless, and The Weather Is Fine. Meanwhile, there will also be a selection of Korean titles, including Nothing Serious, Toy Soldiers: Fake Men 2 The Complete.

As for anime, Prime Video revealed that Demon Slayer is streaming now on the platform, with Jujutsu Kaisen 0 set to release on December 21.

“We’re delighted to be increasing our investment in Prime Video for customers in Southeast Asia, making it a truly localized experience—from local content specifically sourced for our customers,  to a localized user experience, and the first full-scale local marketing campaign,” said Josh McIvor, director of International Expansion, Prime Video. “Our support of local production companies in Southeast Asia is a significant step towards our broader international expansion plans and our ambition to become the most local of global streaming services.”

Amazon Prime Video is available in the Philippines for an introductory offer of PHP 149 per month. Find out more about the streaming service at PrimeVideo.com.