Netflix has lots of new horror titles from Southeast Asia for thrills and chills during the ghost month. 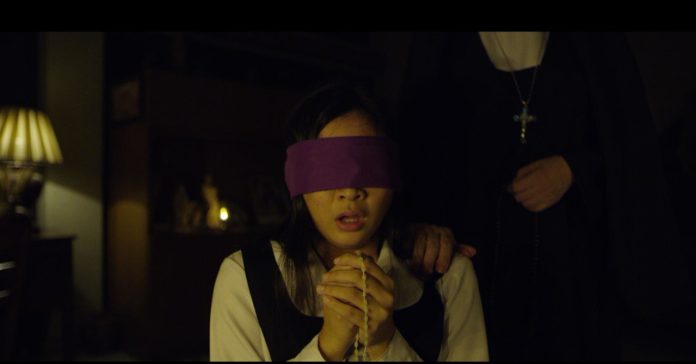 In case you’re in the mood for some horror movies and shows, Netflix has a lineup of horror titles from SEA that you can watch this August!

Why watch a horror flick this month you might ask? That’s because August is ghost month — a month dedicated to the dead in Asian culture. 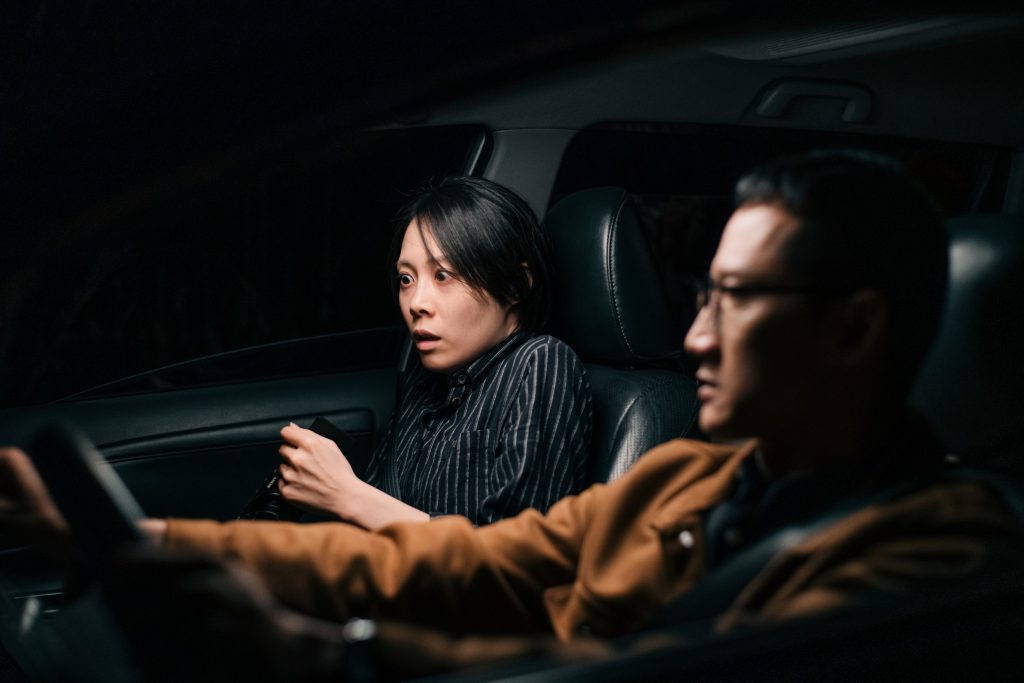 Incantation has clocked in some serious ratings, having maintained its place in Netflix’s Global Top 10 list for non-English films for five consecutive weeks. Incantation’s immense popularity is for good reason, and missing out on it this month would be the true horror.

Combining the elements of mysterious esoteric religions and unsettling rituals of Taiwanese folklore, the movie adopts a found footage, mockumentary format that immerses the audience as it explores the complexities of taboos and curses. 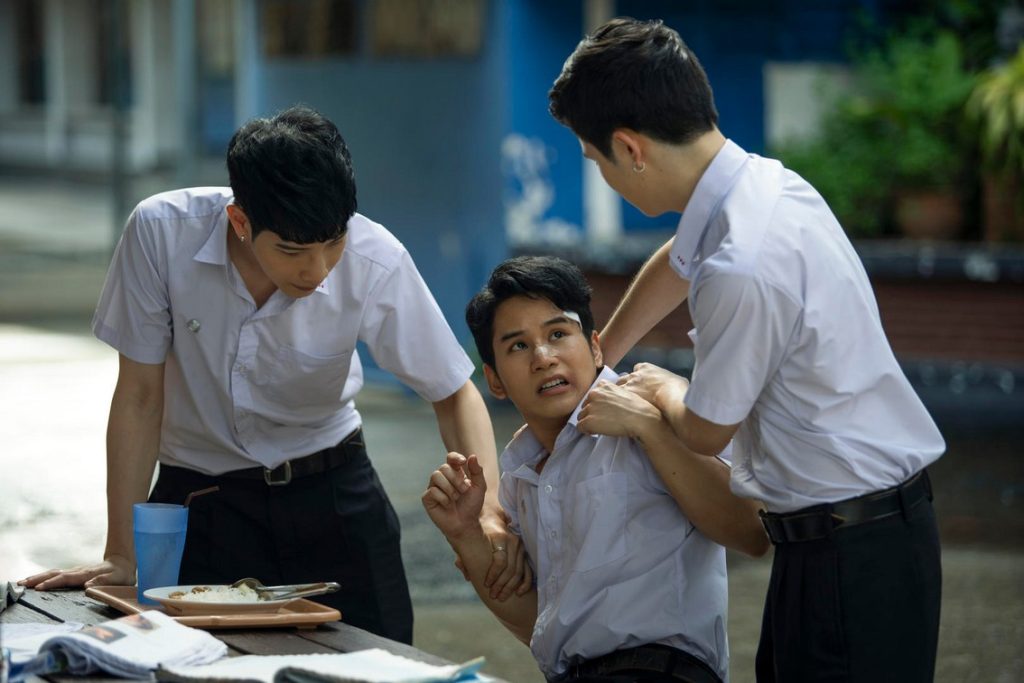 Directed by seasoned Thai directors, School Tales The Series brings eight horrifying stories, based on comics, to life. This anthology is built around the theme of school-bound horrors, passed down from class to class, bringing back chilling memories of local schoolyard stories and legends. 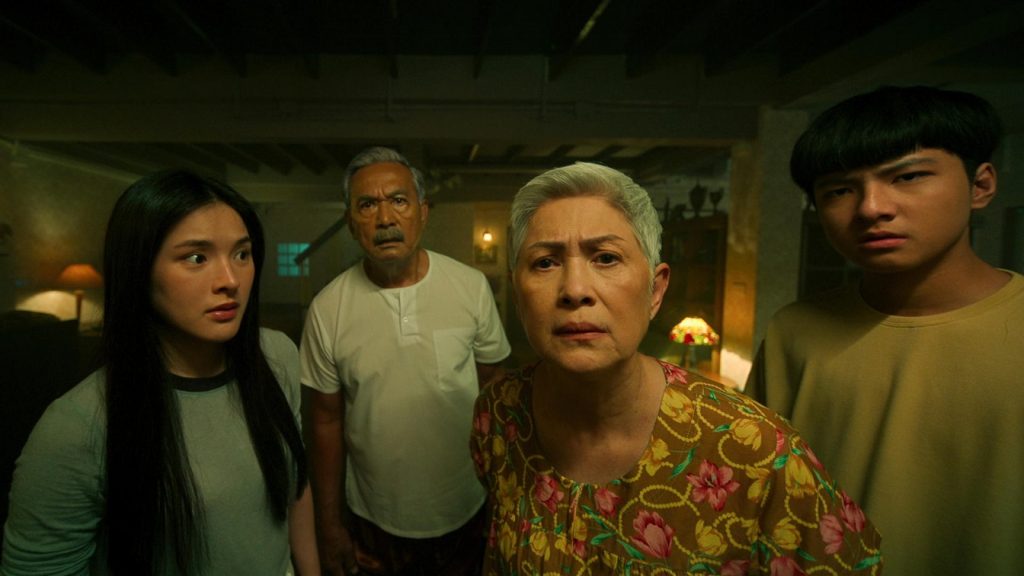 What would you do if you noticed a hole in your living room wall but those around you insist that you are lying? In The Whole Truth, two siblings stumble on a strange hole in the wall of their grandparents’ house, and horrifying incidents that follow reveal sinister secrets about their family. Their attempts to find the answer could lead to the truth no one wants to know.

MAY THE DEVIL TAKE YOU 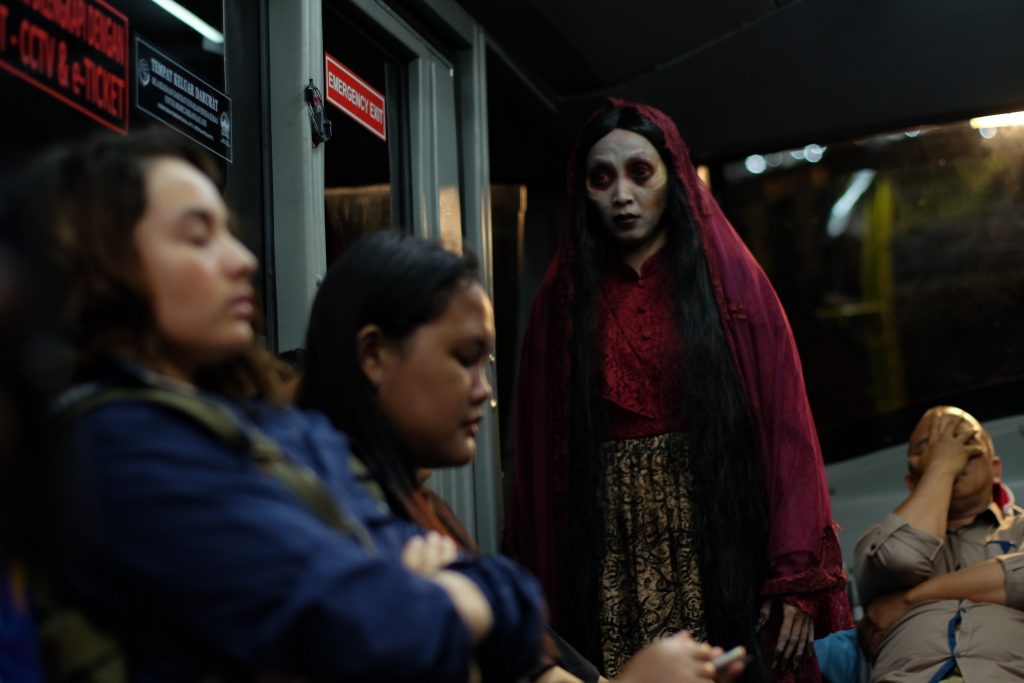 In recent years, Indonesia has become the go-to for horror fans, producing a number of popular movies bound to shock and terrify – all while providing a unique Indonesian perspective. 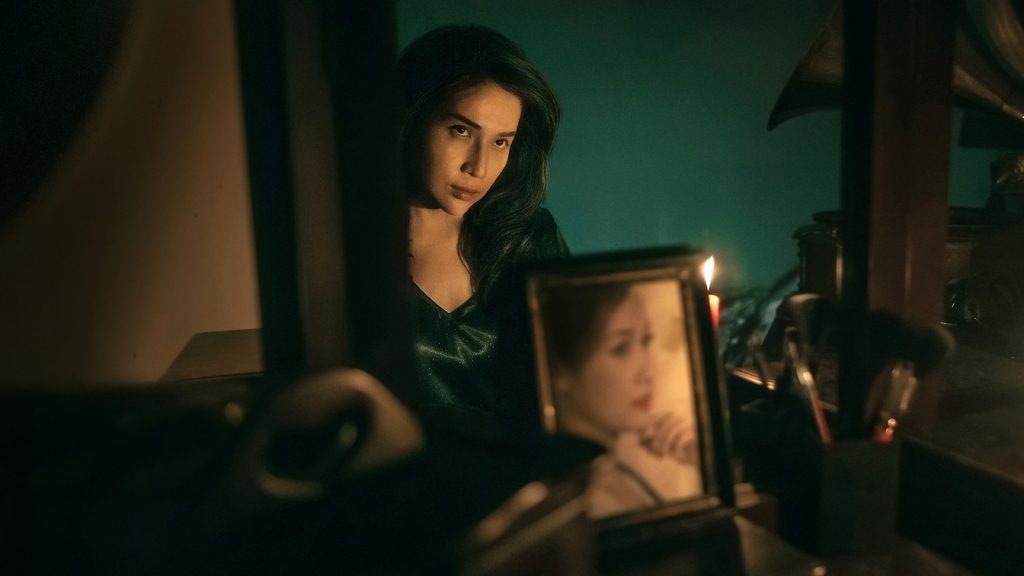 Vietnamese Horror Story interweaves three stories inspired by local folklore and urban legends – for instance, a 3 souls and 7 spirits (3 hồn 7 vía) Buddhist concept in the third story – following an actress seeking everlasting beauty; a magician who makes a deal with the devil; and a psychic seeking the remains of a deceased girl. Witness the integration of traditional cultures and beliefs with the element of horror this August to fully immerse in Ghost Month. 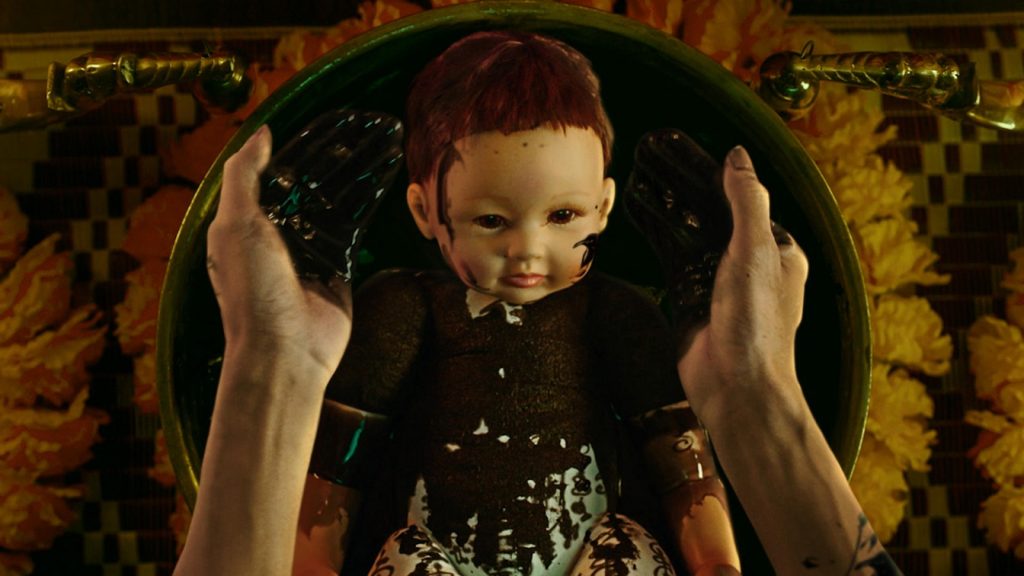 A revenge horror thriller that explores the darkness of the entertainment industry, The Guardian follows a backup singer who enlists the help of occult forces, black magic and a Kumanthong doll (a divine child spirit in a doll that is believed to bring luck and fortune to the owner) to achieve popularity. 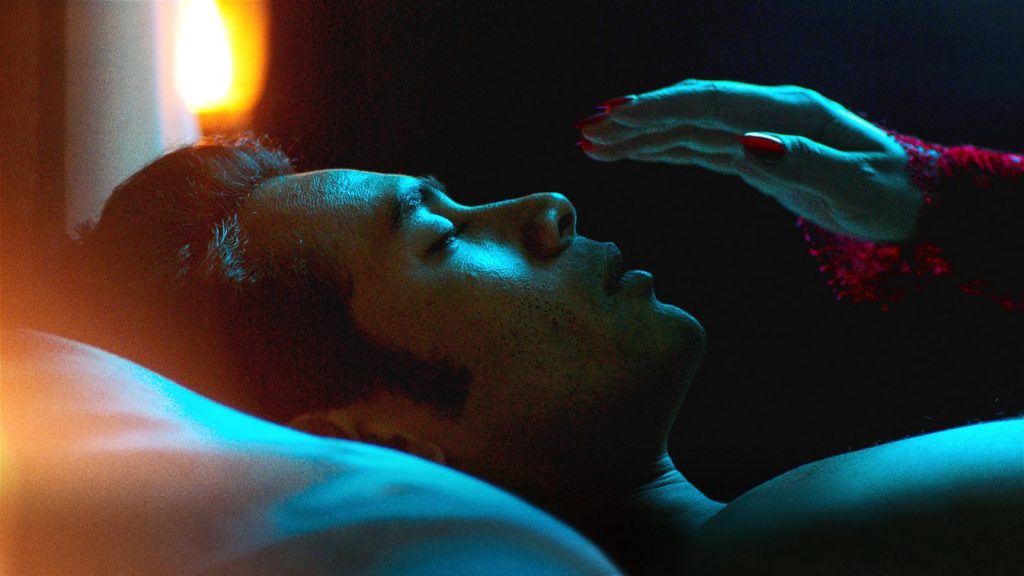 Take a peek into Malay culture’s most popular malevolent supernatural entity, the Pontianak, as it makes an appearance in Dendam Pontianak on Netflix this August. In Southeast Asian mythology, the pontianak refers to a vicious, long-haired female vampire who is normally out to seek revenge. The movie is a modern retelling of this popular mythology complete with  forbidden love, betrayal, witchcraft and murder. 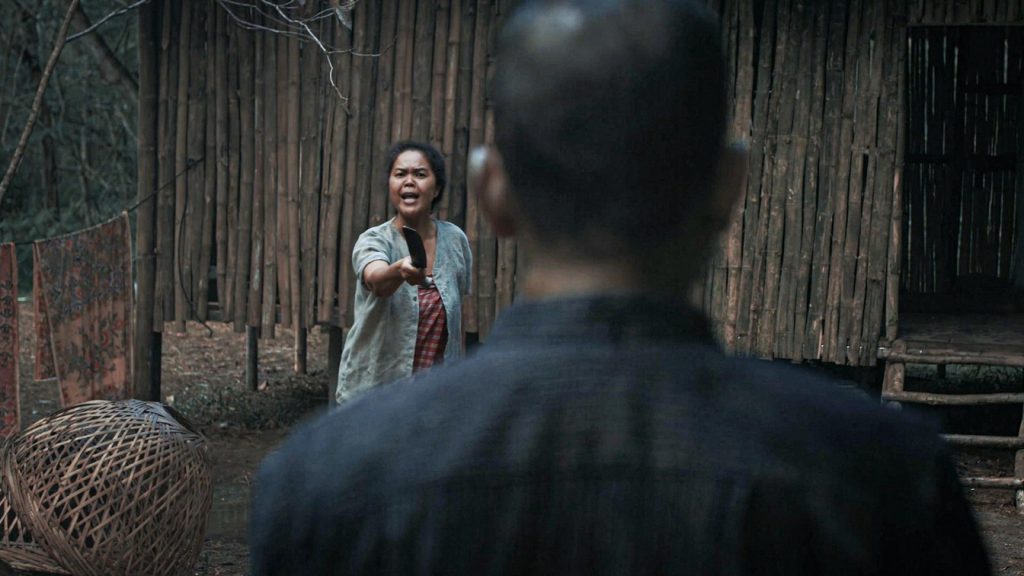 Beginning with a Quran passage about Satan, Roh is a disquieting rural Malaysian horror tale rooted in folklore and superstitions that explores the role of the devil in the context of a religious and spiritual society. The movie follows an isolated family living in a barren hut deep in the jungle who meet with a series of frightening supernatural incidents after taking in a little girl lost in the forest. Remain at the edge of your seats with this slow-burn plot.

When a student’s suicide rattles an all-girls Catholic school, a clairvoyant guidance counselor embarks on solving this mysterious death, and in turn uncovers the convent’s abusive past. A film on how modern beliefs and faith can clash, Eerie brings to the screen thought-provoking issues while incorporating the element of horror.

Psychological thriller Bliss follows Jane, an actress, and her descent into insanity in a secluded house under the care of her husband, Carlo and a cruel, unusual nurse named Lilibeth. Catch Bliss on Netflix to witness the horrors and madness that unfold in the oppressive corridors of this enigmatic house.