Dannica Suazo is the newest online correspondent for MPL PH 10

Boss D in the haus! 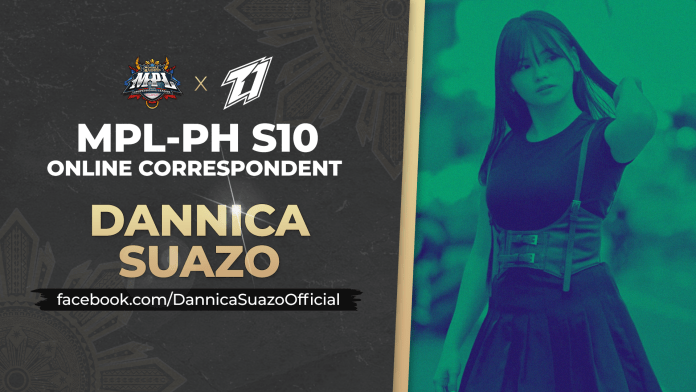 MPL Philippines unveils content creator and streamer Dannica Suazo as its official online correspondent. In partnership with Tier One, MPL Philippines will collaborate with ‘Boss D’ to update fans on the league’s latest initiatives to give back to them.

“I’ve been a fan of the MPL Philippines and I’m grateful to be their newest content ambassador. Having played Mobile Legends: Bang Bang for a while now, I’m extremely excited to be part of the league to share good news to our fans. Stay tuned for our announcements soon.” says renowned gaming creator Dannica.

As the MPL-PH content ambassador, ‘Boss D’ will spearhead the league’s initiatives as it celebrates its 10th season. This includes the much-awaited MPL-PH 10 Legends nominations that will give the community a voice to vote for their idols to be inducted to the MPL-PH Hall of Legends.

She is also expected to host watch parties during the Regular Season and Playoffs, to allocate prizes for the fans. ‘Boss D’ will also share announcements through her Facebook handle: https://www.facebook.com/DannicaSuazoOfficial/

MPL-PH Season 10’s concept ‘LAKAS NA10 TO’ aims to celebrate the league’s achievements in esports, talents, and community building. Each week, the league provides giveaways to the community such as in-game diamonds and gift certificates from brand partners.

- Advertisement -
Previous articleGet a chance to win Free Bitcoin or Php 1M in Crypto from Maya
Next articleVideo Games Symphonic 2022 | An Invigorating, Melodious Night to Remember