Barely surviving at this point. 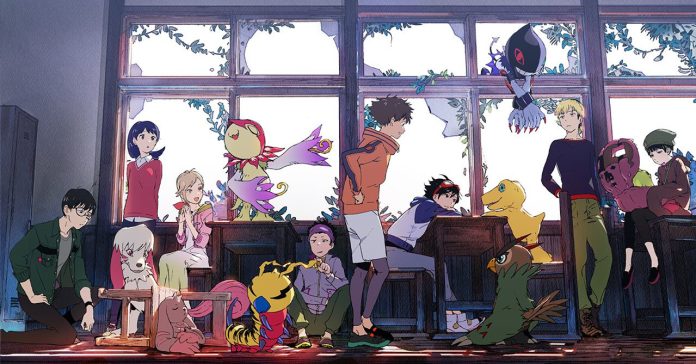 It’s been seven long years since fans got a Digimon game. In celebration of the anime’s 25th anniversary, Digimon Survive is finally here after going through multiple delays and even changing developers at some point.

Prior to its release, I had no knowledge of the game’s existence. I may have heard rumors of a Digimon game being released some years ago but as conversations went silent, so did my interest.

I’ve always viewed Digimon as that one anime that stood slightly behind Pokemon. While that may sound blasphemous to hardcore fans, the reality is that the Digimon brand was never really able to break through the global and cultural phenomenon that Pokemon had sustained all the way to today.

Now that Digimon Survive is here, were the years of waiting worth it? Is the game even worth playing? Get your glasses on if you have them because you’re going to be doing a lot more reading than button pushing with this one.

“Don’t judge a book by its cover” 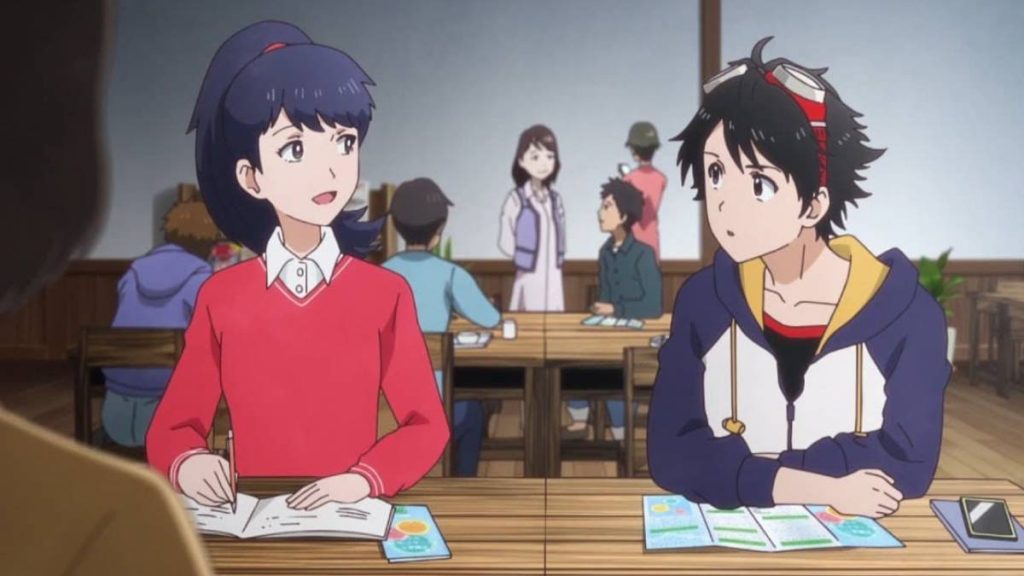 It seems that most fans are shocked after finding out that Digimon Survive is a visual novel first and a game second. Around 80% of your experience here will be dedicated to reading dialogue and pressing one button to progress the story. Survive is a heavily narrative-driven experience that is memorably simplistic at best, and painfully mundane at its worst.

First things first, this is definitely not a children’s game. Digimon was never afraid to get a little dark with their stories so it wasn’t much of a surprise to me how Survive follows the same path. The story goes places you wouldn’t expect from a game that has such innocent-looking box art. People can and will die in the story and it’ll all depend on the choices you make along the journey.

The story follows a group of teenagers who go on a school trip together only to be transported into a world filled with monsters keen on hunting them down. They all have to band together and team up with the Digimons to fight their way out. It’s a run-of-the-mill premise one would expect. If you know the anime, you know what you’re walking into.

Most of the game will be spent talking with the rest of the cast and trying to observe and interact with the environment. The problem is that the first few hours were excruciatingly long to sit through as some conversations would drag out for far too long. 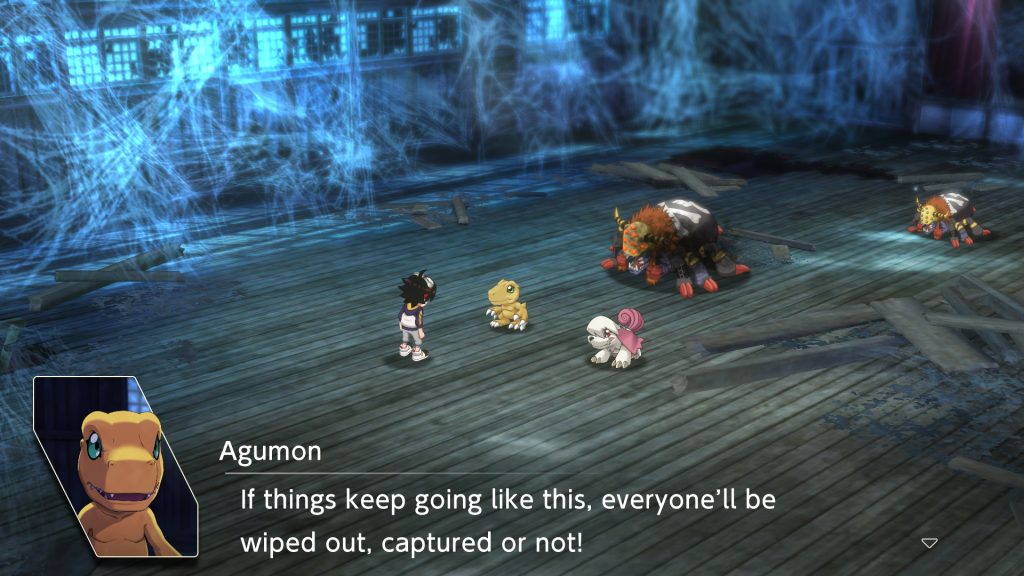 There were times when characters would say things that are just a repeat of what was already said. Think of how some MCU films stretch out a joke to the point that it gets distracting. That’s what the first few hours of Survive will feel like.

Luckily, the writing does get better as you progress through the story. The voice cast also does a good job alongside the art team with the visuals and animations on both the characters and the environments. Both look and feel expressive in their own unique ways which help makes the entire experience feel a little bit more immersive.

There are times when I would feel a little uneasy with some of the “horror” elements. As I said, the story and the scenarios will get dark. I gotta give props to the developers for establishing quite an atmosphere in its narrative sequences. It’s all the more impressive that the game has to convey more with less. No fancy 3D cutscenes or gameplay here. All they had to do was nail the art style being used, which they did.

Survive tackles subjects such as trauma, and how relationships are formed, nurtured, or corrupted. Sh*t can and will get real here. 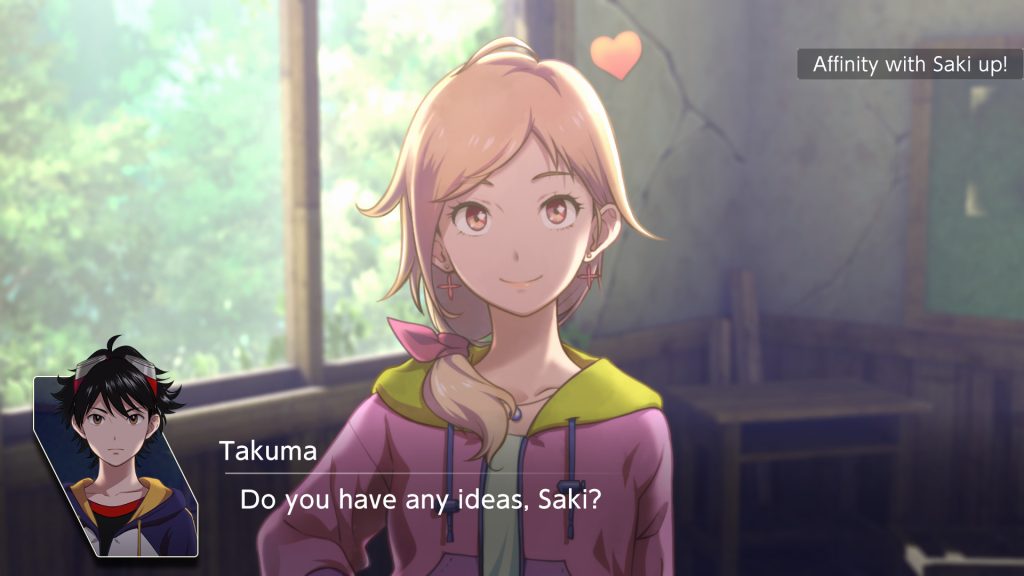 What your choices are and when you’ll make them will heavily impact the outcome of the story. Developing affinity with the characters will determine who lives and dies, or how effective they will be in battle. So make sure you form genuine bonds with as many characters as you can.

Survive takes about 40 hours to get through and a lot of that time is dedicated to a bunch of filler content that was definitely not needed. To make matter worse, the real ending isn’t even possible to get on the first playthrough. If you want to make the most of this game, you’re gonna have to go through it all over again. Luckily, there is New Game+. But then again, you probably wouldn’t want to. Personally, I didn’t even bother.

What saves the story are memorable characters and some of the arcs they go through are genuinely great to witness. You can completely hate a character at the beginning of the game and end up loving them as soon as you see the credits roll.

There’s a lot of fat in the story that could’ve easily been tripped to bring out more of the strong moments and interactions between the ensemble. Instead, what we got is an overly drawn-out bloated mess that can have its times to shine (and does so brilliantly), but it can also feel like the developers were just throwing darts at a wall and hoping some of them would stick. 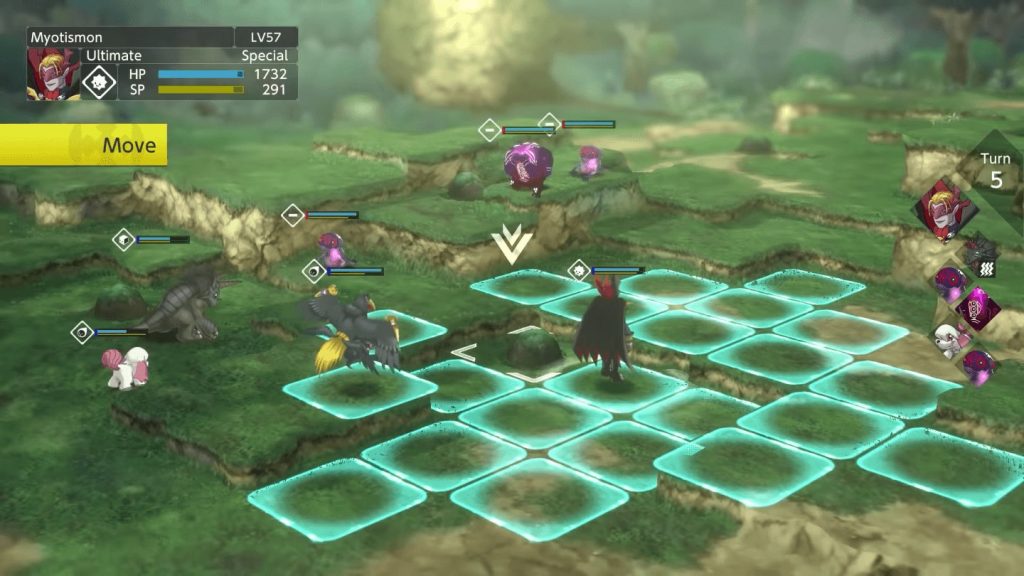 Notice how it took me this long to talk about the actual gameplay? That is because that’s exactly what it feels like to wait for real combat to start in the game. Survive utilizes a turn-based tactics RPG system for its combat sequences. I’ll just get straight to the point: it’s not a good one.

Each Digimon only has two moves. Standard and signature. That’s it. That should basically tell you everything you need in terms of how deep the combat system goes.

Every enemy you fight is more or less the same backed up by generic and predictable AI. For a turn-based combat system, there are zero strategies needed to win in most of these fights. The best thing to do is to just use the Digimon with the highest number of stats and bomb rush every enemy. 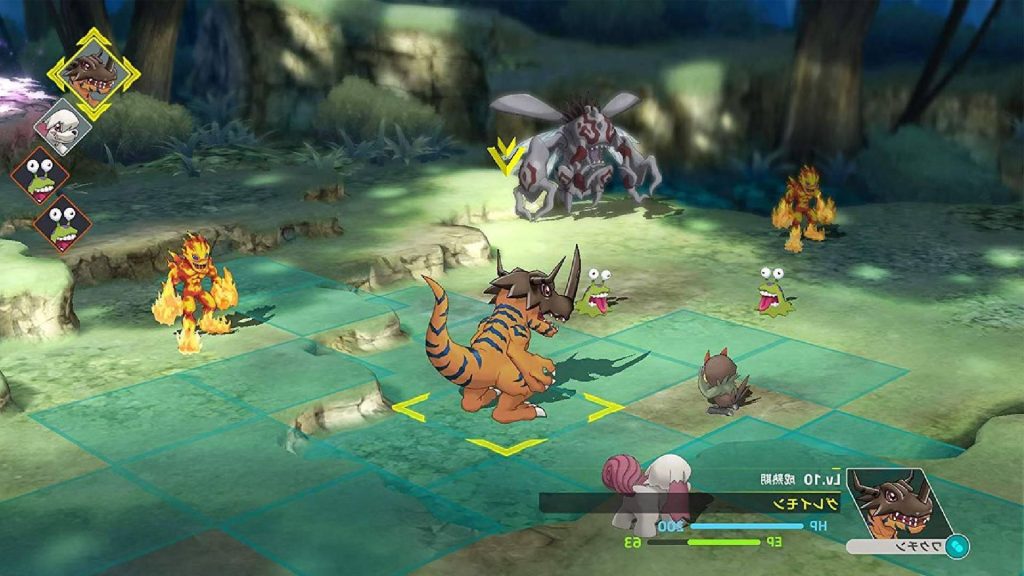 Recruiting the Digimons themselves are also an entire thing altogether. What needs to happen is that you have to convince them to join you. If you choose the wrong answer and they don’t like it, they disappear and you have to grind through the bland combat system once again in order to get another chance. The more “correct” answers you give, the better chance to recruit. It’s basically RNG.

The gameplay loop is so mundane to the point that I feel like even the developers know themselves. You have the option to turn off animations, speed up the battle, or have the gameplay it all for you automatically.

There’s no better way to say it. The gameplay is just not great at all. It doesn’t help that the visuals during the battle sequences are night and day in terms of quality with the fantastic art style of the cutscenes and visual novel parts of Survive. Textures, character models, and environmental design all look like they came from one or two console generations ago. 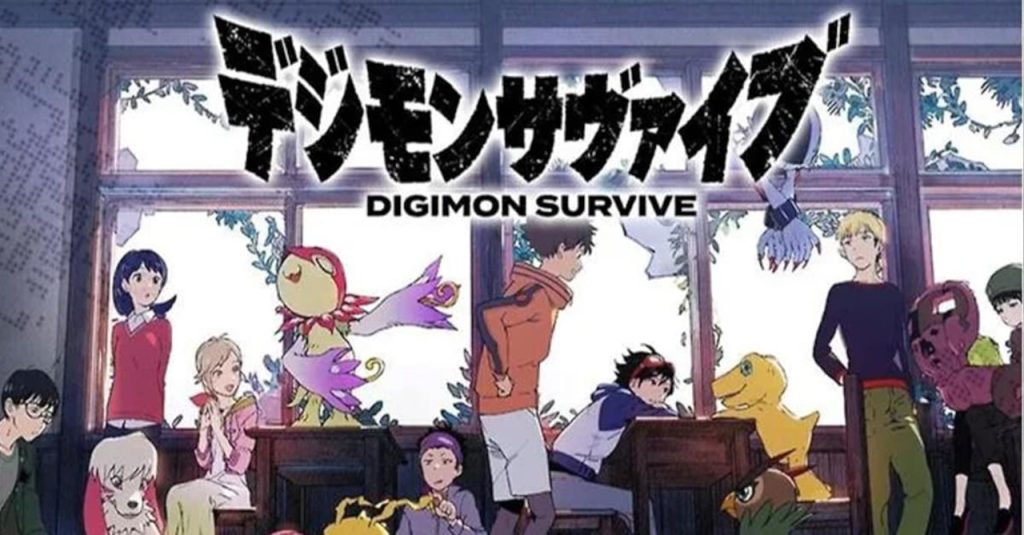 Digimon Survive is a game that will leave you captivated and frustrated at the same time. What the characters, visual art style, and dark narrative do to elevate the experience is all bogged down by horrible padding in the story and one of the most bare-bones and mobile game-level tactics gameplay I have seen in a long time. What we’re given instead is a combat system that feels like it was just a last-minute addition to what should’ve been just a fully interactive visual novel.

Though if you’re a big Digimon fan, you can still get some enjoyment from this, provided that you’re fine with the lackluster gameplay and are in it for the world and story.

This review was made with a Digimon Survive review code for PS4 provided by the publisher.

Digimon Survive felt like a game that wasn’t supposed to be one in the first place. The glimpses of brilliance being presented in the narrative are tainted by a tactics-based combat system that felt like it belonged to a forgettable mobile game rather than a release that was meant to celebrate 25 years of a long recognizable brand. Digimon Survive Review | Struggling to Evolve