Final Fantasy 14 in the Philippines: How to get started, which server, and price

Here's how you can play Final Fantasy 14 in the Philippines! 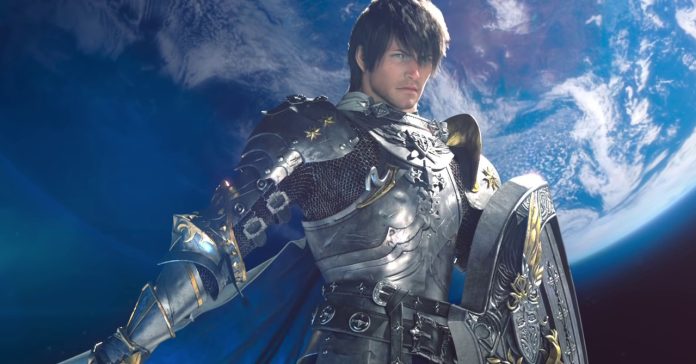 With the recent 6.2 patch almost out, there’s no better time to play the critically acclaimed MMORPG Final Fantasy 14. With an expanded free trial, you can play through the entirety of A Realm Reborn and the award-winning Heavensward expansion up to level 60 for free with no restrictions on playtime.

Final Fantasy 14 isn’t technically released for the Philippines and in some Southeast Asian countries, despite the Steam version having a free trial. Fans and long-time players have lamented on the confusing and painful registration process. Thankfully, Square Enix seemed to have made the process significantly better. So, we’re here to help you get your start in Eorzea with this simple guide!

How to Start Final Fantasy 14 in the Philippines

The first thing to note is that there are two versions of the game, a Steam version, and a Square Enix version. They’re identical, but the difference is in payment and how you’ll be able to purchase the game and top up for the monthly subscription.

Even though we recommend newcomers to try out the free trial first, we strongly advise NOT to use the Steam version (or use the Steam free trial). Instead, head on over to https://freetrial.finalfantasyxiv.com/na/ to create your account.

(Note: The reason is that once you’ve registered your account and connected it to Steam, you’re locked into the Steam ecosystem forever. And there might not be convenient ways to pay for expansions, monthly subscriptions, or purchase in-game items.) 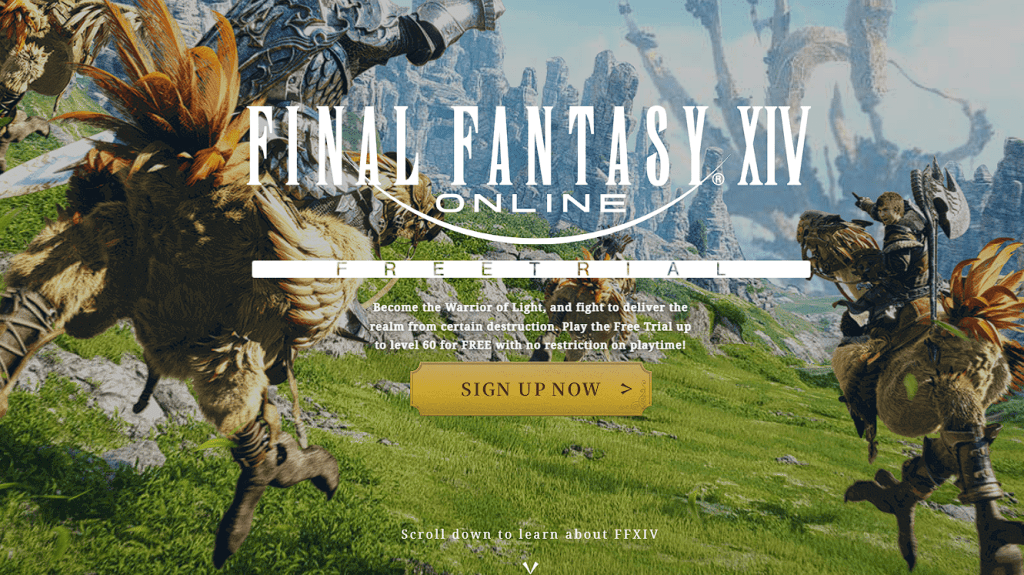 Once you click on the “Sign up now” button, you’ll be able to create your Square Enix Account. If you’ll look at the “Country/Region of Registration”, you might notice that the Philippines is absent. Instead, simply choose United States, and fill in the rest of the registration form. 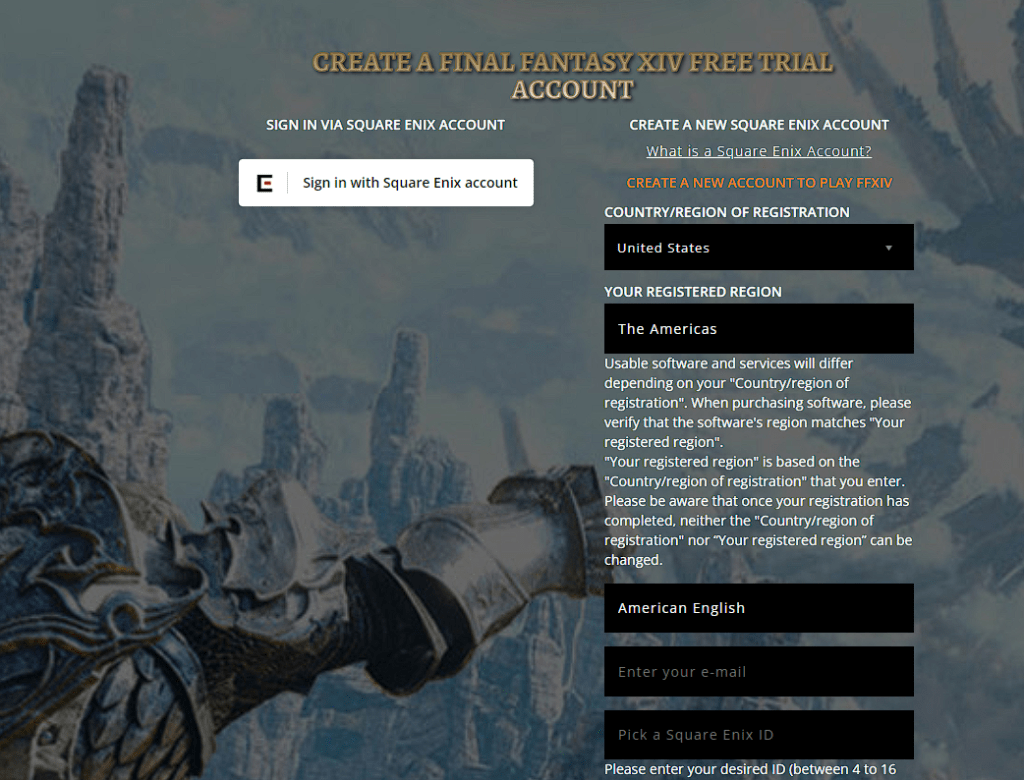 You will then receive an email with an 8-digit confirmation code. Type it in on the next page. 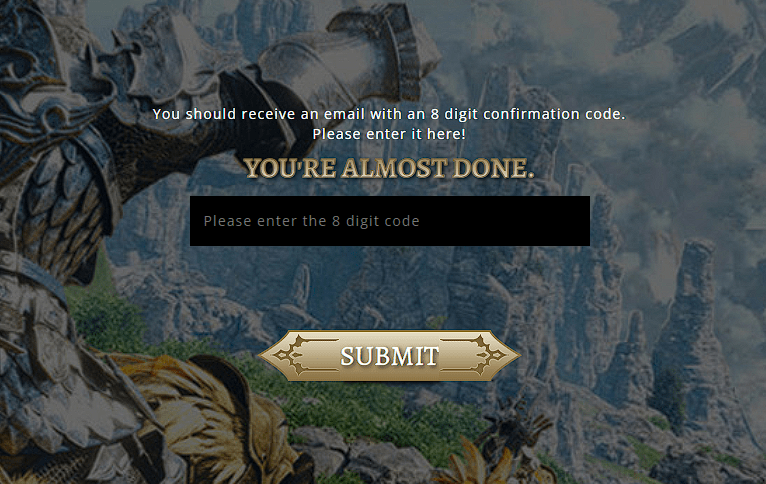 After that’s done, you can download the installer for your platform of choice. 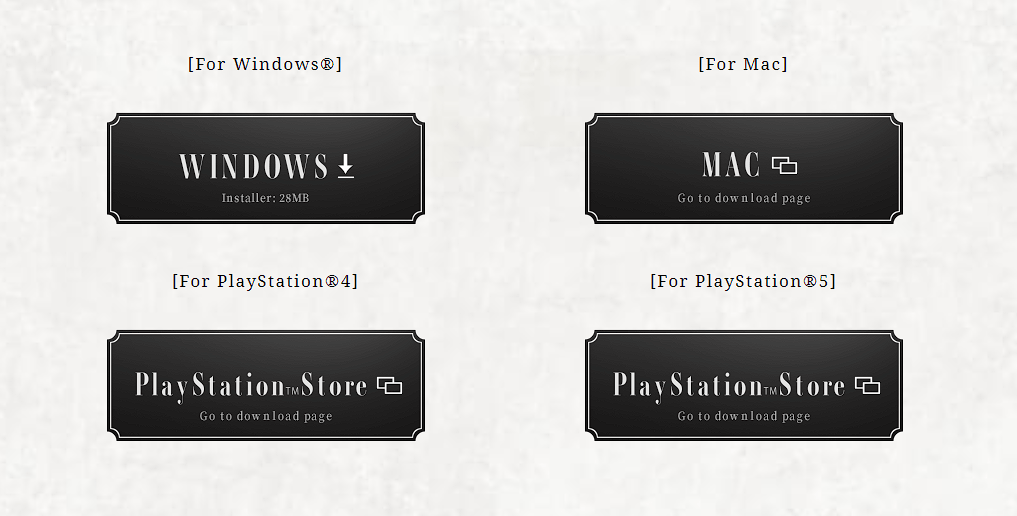 After running the installer, you should see something like this when you run the FFXIV launcher. 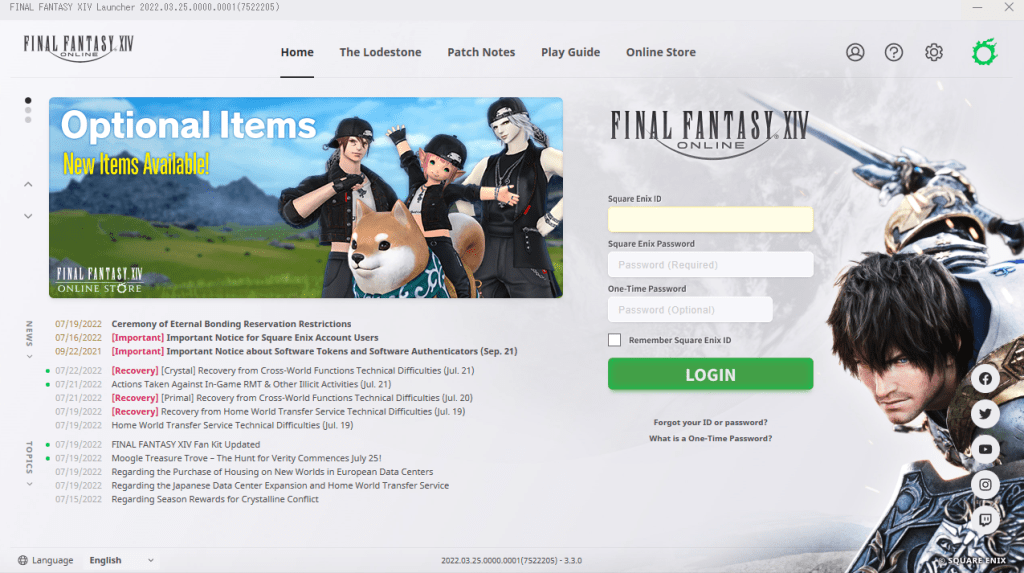 Simply enter the Square Enix ID you created earlier, and that’s it! The game size is big (the free trial is roughly 46GB) so it might take some time to finish downloading.

Final Fantasy 14 Philippines – Which Data Center and Server to pick?

Since FFXIV is an MMORPG, which data center and server you choose will be important. You can think of a datacenter as a cluster of servers or ‘worlds’, located in different parts of the world. It is important to select the right one so your connection to that server is as fast as possible. 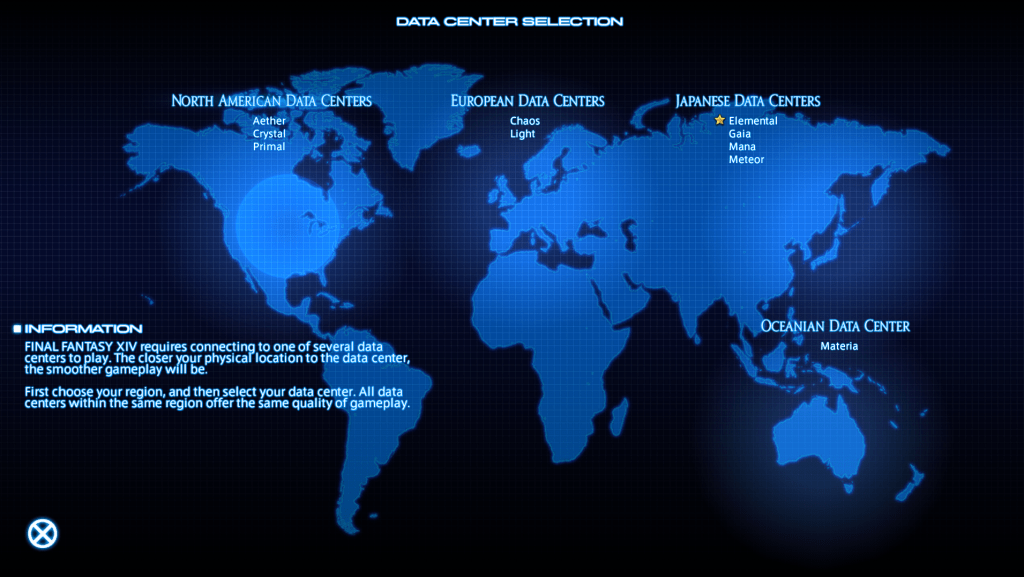 Since there are only data centers for North America, Europe, Japan, and Oceania, which is the best for me? If you’re in the Philippines or Southeast Asia, we highly recommend selecting the Elemental data center. Elemental is the de facto data center for most, if not all, SEA players.

You can even check out the server status on https://na.finalfantasyxiv.com/lodestone/worldstatus/.

Alright, so we’ve selected Elemental. But which world now?

We highly recommend either Tonberry or Kujata, as they have the most populated English-speaking communities in the Elemental datacenter. This will also help to find and join a Free Company (FFXIV equivalent of a guild) in the future. Of course, there are also English-speaking players in other worlds like Typhon, Atomos, etc. That said, some worlds also have a “Preferred” status. 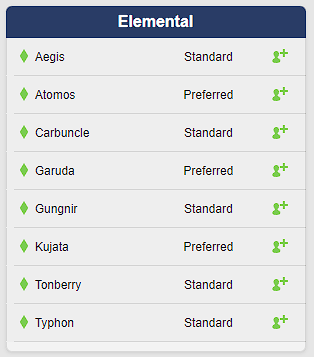 “Preferred” sometimes means that the world is less populated, so they’re inviting people to create characters there to help populate up. Not just that, if you create a character there, you’ll get a buff called “Road to 80” which doubles your EXP received (until level 80), and 10 silver Chocobo feathers, which you can exchange for gear to help you out.

Whichever world you choose though, you are free to visit any worlds within your datacenter easily. In fact, when doing group content, you will play with anyone within your datacenter. One thing to note though is that Elemental is still a Japanese datacenter, and you’re bound to encounter plenty of Japanese players. Communication shouldn’t be too much of an issue due to some auto-translate features in-game. Remember to be courteous always!

After selecting the (we assume) Elemental datacenter from the loading screen, you can select which world you want during character creation. 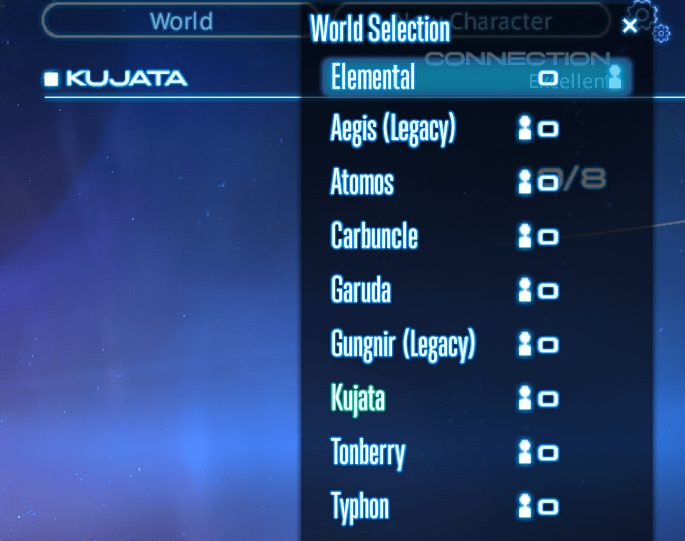 Now we can create our character!

Creating the Best You

For free trial players, you can choose from any of the 6 races: Hyur (human), Elezen (elf), Lalafell (small), and Miqo’te (catboy/catgirl), Roegadyn (big), and Au’Ra (dragon boy/ dragon girl). The other two races, Hrothgar (tiger boy) and Vierra (bun boy/ bun girl) are locked behind the expansions. 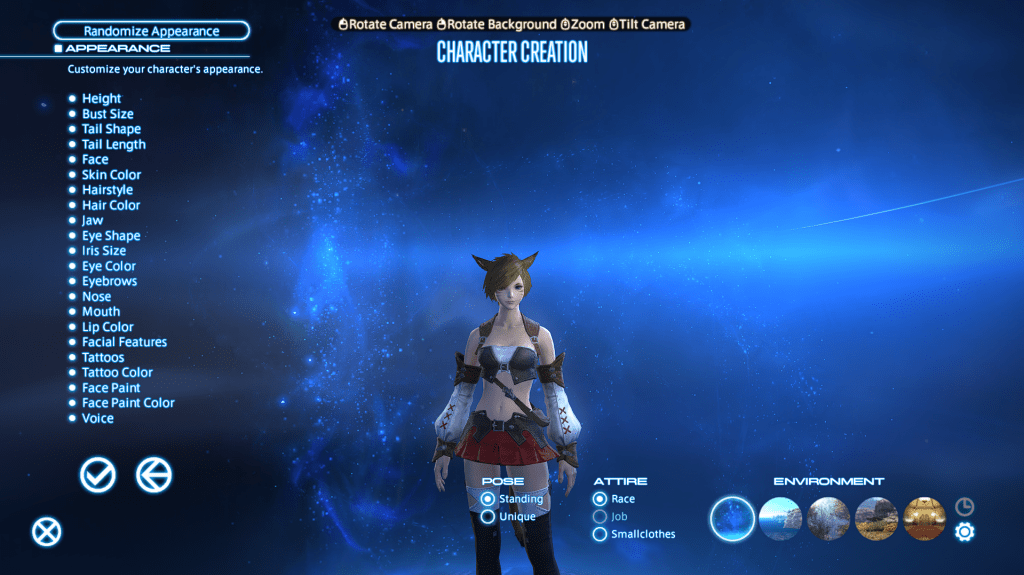 The customization options like physical appearances, birthdays, etc., all don’t affect gameplay and are for Role-Playing or world-building only, so you don’t have to spend too much time on them.

Now you can choose your starting class. Your initial class determines which location you will start from, but they’re not too important so simply choose which class you want to try out. There are 5 Disciples of War classes to choose from: Gladiator, Pugilist, Marauder, Lancer, and Archer. 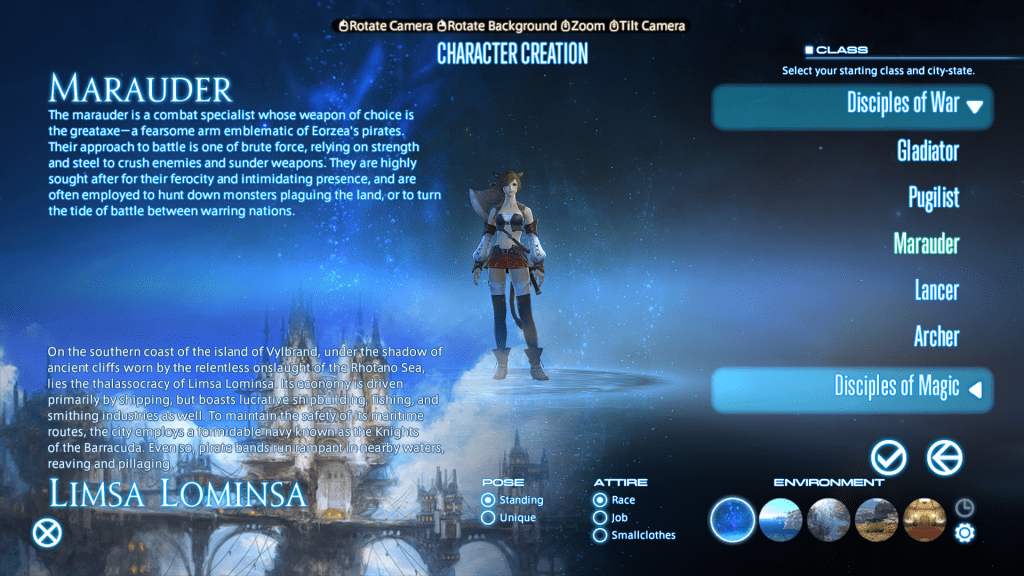 Gladiator and Marauder are both tank classes, while the rest are DPS classes. Both Pugilist and Lancer are melee, while Archer is ranged.

For the Disciples of Magic classes, you have Conjurer, Thaumaturge, and Arcanist. Conjurer is a healer class, while both Thaumaturge and Arcanist are DPS classes. However, Arcanist has an option at level 30 to switch to a healer job (Scholar). 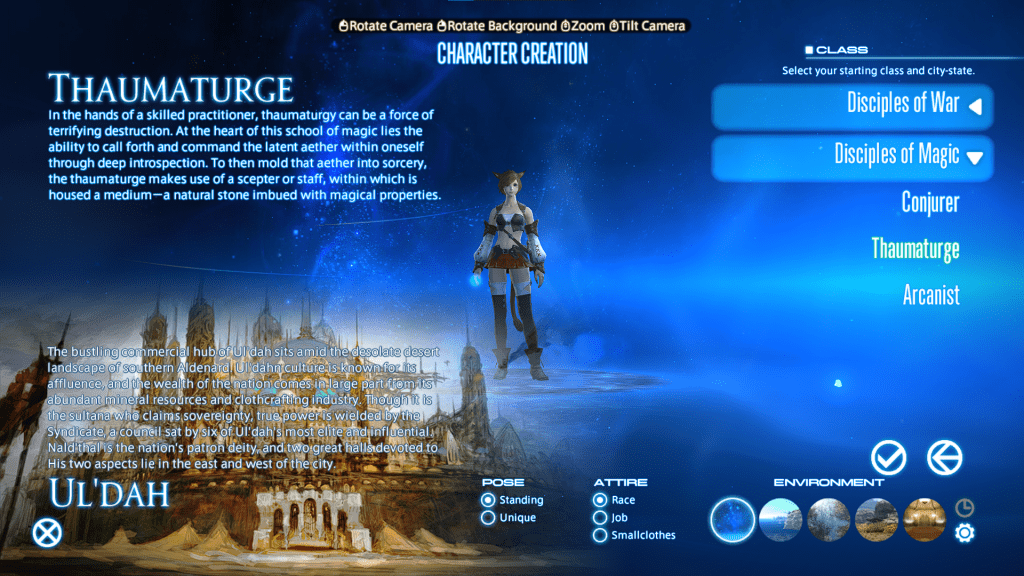 Whichever class you picked, know that you can always change and choose other jobs. In FFXIV, a single character can have multiple classes. In fact, many people have maxed out all classes available. If you find you don’t like the class you’ve chosen, no fret! You can simply change jobs without having to make a new character. Lastly, be sure to remember the limitations for Free Trial accounts here.

How to Buy Final Fantasy 14 in the Philippines

So you really liked the game and want to purchase to the full game or even buy the Complete Edition with all expansions. To do this, you want to do it via Mogstation, the account management platform for FFXIV. 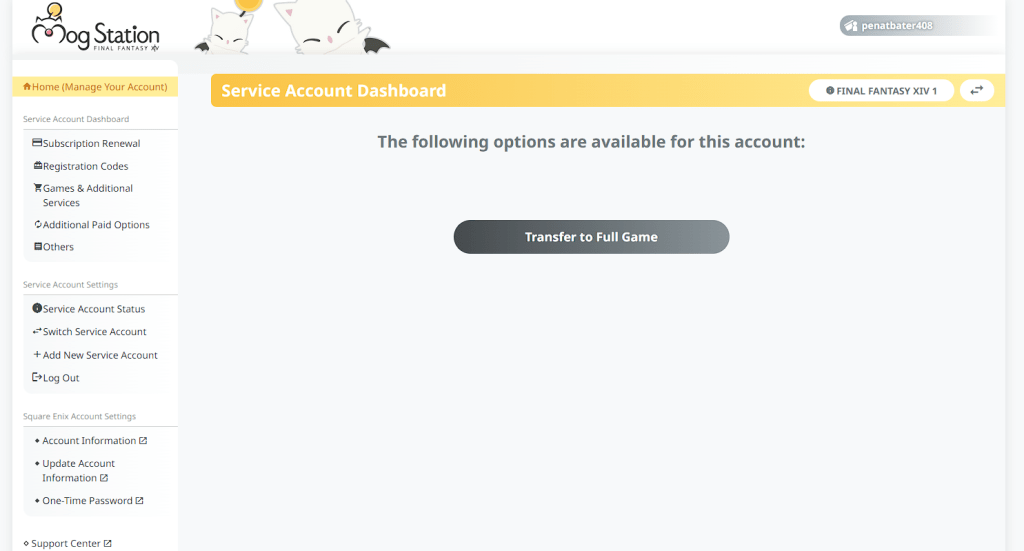 You will need a credit/debit card though, but if some error happens, we also recommend using PayPal instead.

We hope this has been helpful in starting your journey with FFXIV. See you in Eorzea, Warrior of Light!